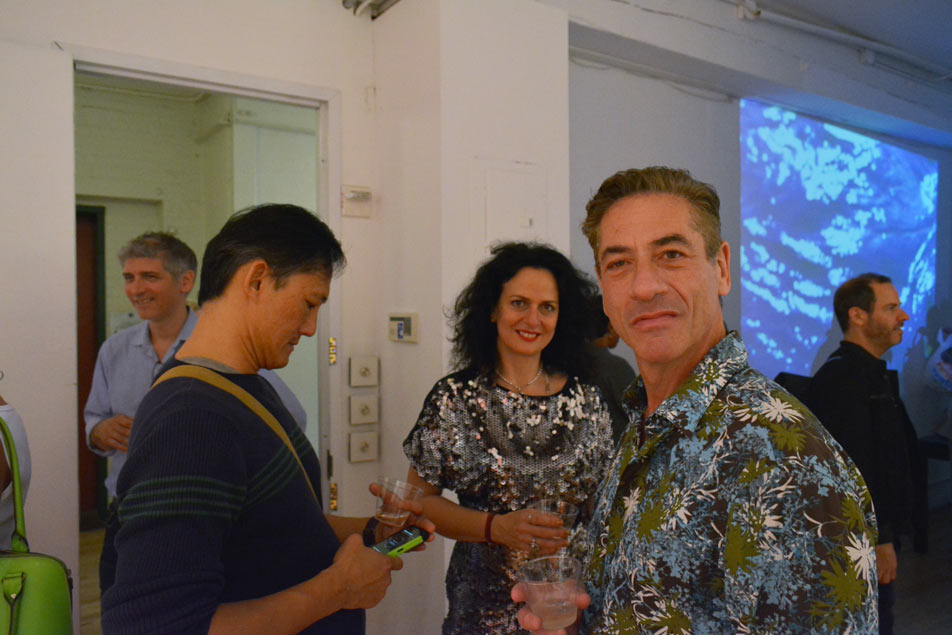 Painter Agni Zotis recently debuted her compelling solo exhibition, Step Into The Light, at Project 200 in Chelsea. The stirring body of work is a culmination of vivid colors and explosive composition. In 2015 on Valentine’s Day, a man jumped to his death from the roof of Zotis’ apartment building and landed directly on her patio. Traumatized, Zotis took the bloody catalyst and wrung it out on the canvas. The painter is openly candid about the violent inspiration, admitting that she was greatly disturbed by the event and it her took awhile to process; meaning these paintings have been years in the making, incubating in ideation. She also admits to it being the longest time period in which she has dedicated to a series—and it brilliantly shows. The pieces are electric; spontaneous but well wrought and intentful. 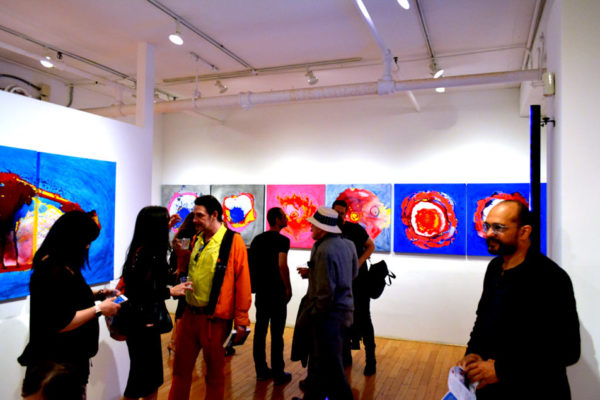 “The work is feminine, single focus movement. Ancient vibrations, modern forms transcend time. Staring into the abyss and moving through it makes me feel alive. I’m having a strange experience with this body of work. I took someone’s brutality, internalized it and made it into something I can live with.

It’s the embrace of my womanhood that allowed me to transcend boundaries, outside inflicted and from within. A lot of close examination as it disguises itself as truth. I always want to evolve and break ideologies.” 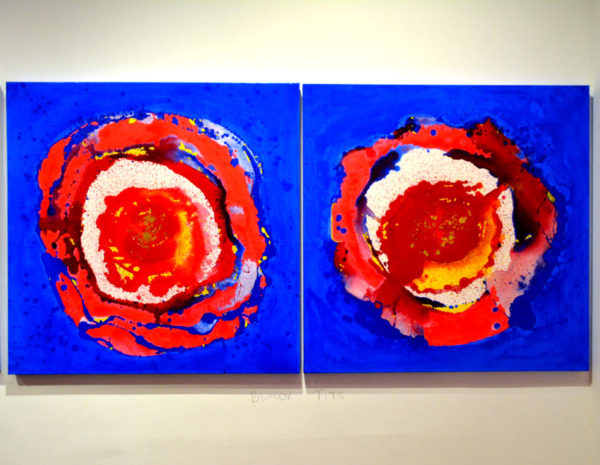 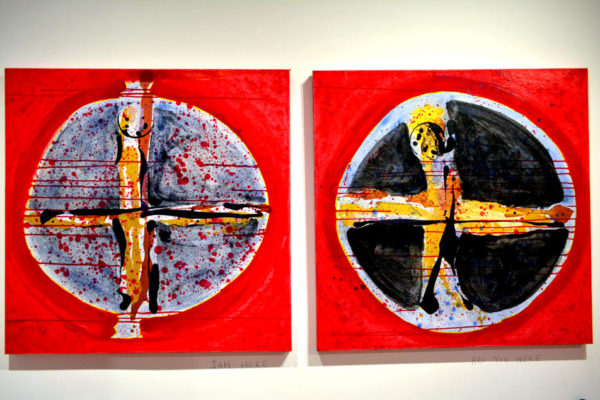 Zotis’ work is immersive. One gets willingly lost in the alluring amalgam of colors swirling and thrashing about. The movement in the pieces truly come alive when Zotis cuts the main gallery lights and lets the majestic glow of the strategically placed black lights wash over them. Already fascinating colors ignite and each painting burns like a congregation of smoldering fires. Witnessing such a transformation essentially makes Step Into The Light feel like two exhibitions in one. 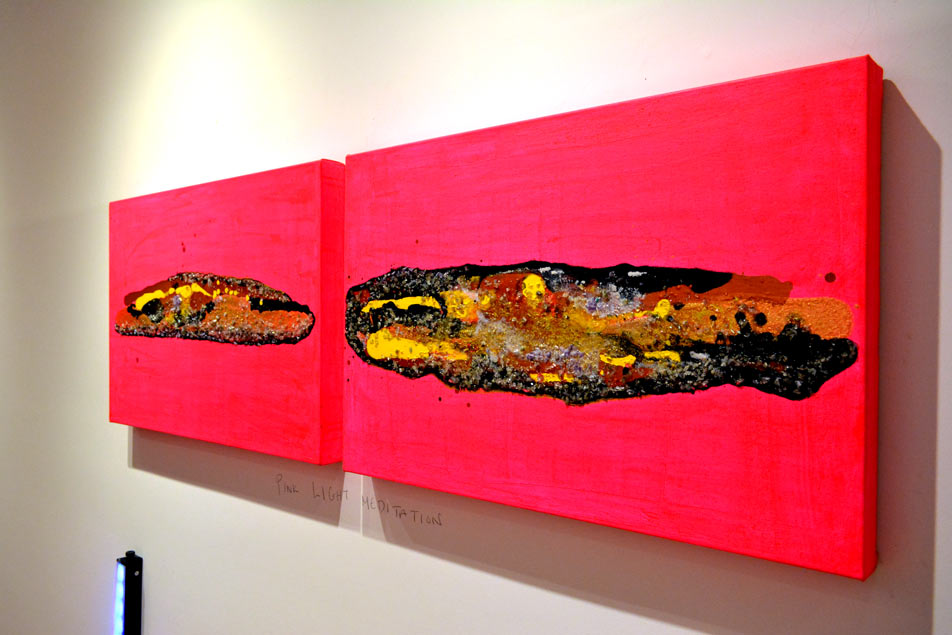 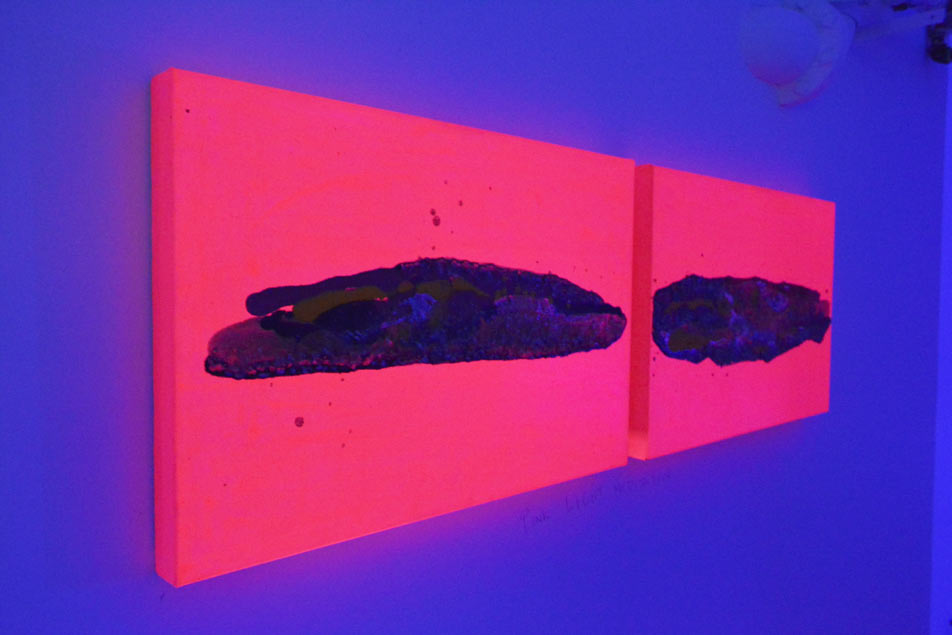 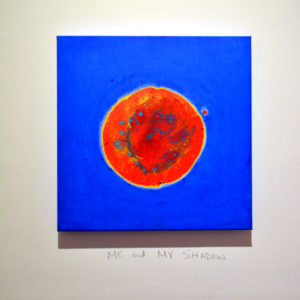 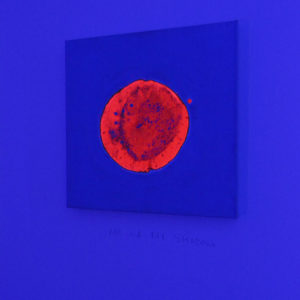