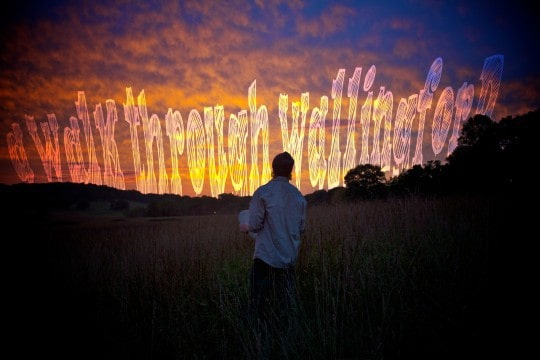 We here at Quiet Lunch have an insatiable hunger for music. No matter the genre or time period, if one thing is for certain it is that when your ears are graced with a melody that hooks you, you have no choice but to fall victim to it.

Mike Mahoney’s Wallingford is a collection that is progressive while giving us that nostalgic feel for the jazz our parents and parent’s parents adored. Arranged by drummer Mahoney and featuring a handful of fellow musicians, Wallingford (which is named for the town he grew up in) is a years-long project that is an audio manifestation of his personal journeys–both musically and spiritually.

Ruminating and brimming with a humbled greatness that stays in your subconscious mind, Wallingford is a quiet storm begging to be chased. The standout track for us, however, is “Hero With 1,000 Faces” which is an auditory poem filled with crescendos and syncopation so strong you can almost visualize the lyrics to the song–granted, if they had any. It dips and dives into the depths of your wildest dreams and evokes a journey of self-discovery that was once untapped.

Accompanying the album is a paragraphs-long prose poem, written by Mahoney, that not only explains the music but gives us a lush and lucid snapshot into his pattern of thought:

“This first record of music collecting the broadcast doings of day and night within my 24-year-old drummer consciousness is really a summary of my path traveled so far in this wild life –a sort of melodic autobiography of the state of my soul woken up in this world, so briefly aware it’s alive and caught in a reverent fog of wonder and awe. Some of these compositions came fully formed and dripping wet new like flowers bloomed over night to my surprise, which I would dutifully transcribe out on piano and arrange for this group, while others came in small waves gradually eroding and carving out their shape in the limestone of my mind and dreams.” 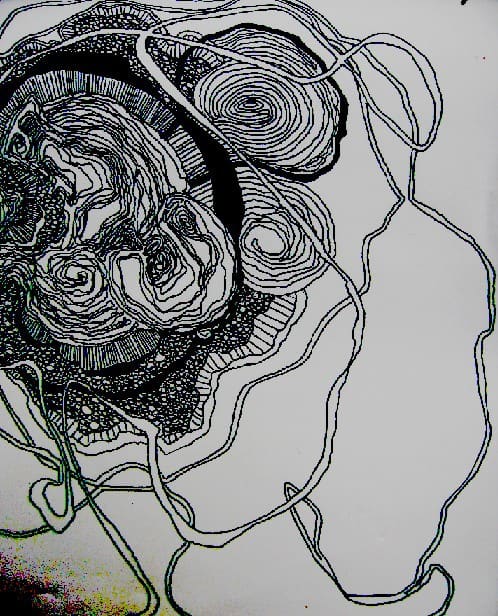 Speaking with him is like speaking with a man who is wise well beyond his 24 years; he has the zen-like calm of a swami. Behind the drums, however, his technique is as sharp as the kickback of a mule. For this sit down, Mahoney eased us into the cogs of his brain–with our hand in his–for our tour through Wallingford’s way.

How did Wallingford come to be?

Wallingford is the name of my hometown, which I guess kind of took on a mythical quality in my head.  It’s the place of my childhood, of my dreams, and of most of my life up to this point.  It’s sort of this quiet small town pocket of cloud-dotted trees and grass, nestled in between the rest of the suburbs in Delaware county, with their bars and chain restaurants and businesses and strip malls; it’s sort of a microcosm of the dichotomy in our culture today, or at least where I maybe see my role or niche in this metaphor–being the calm, rooted, observant, natural and nature-eyed center amidst the raging storms of technology, belief, and history.  In that sense, Wallingford is the peaceful place I stand with roots deep, looking out and seeing the double worlds of physical reality and human cognitive reality layered over top, woven from language, gadgets, and culture.  And if we journey even further into the realms in my head, Wallingford is my laboratory off to the side of the city, my office near the woods. There’s a good chance I am the only person you’d find living in Wallingford who would answer this way.

When selecting which tracks to feature on the album, what was the process like?

I picked the songs I did because I felt they [best] portrayed what I envisioned my current self to be, what I was going for and wanted to say.

The accompanying poem talks about Wallingford being a manifestation of your spiritual journey. What was that journey like exactly?

I think everything we could possibly say or do as talking monkeys could be [viewed by] each other and ourselves as a manifestation of our spiritual path, whether collective or individual. With that said, I certainly didn’t intend while writing the music or recording this album for it to be a big naked declaration of the state of my “spiritual progress”–as if that’s not a giant oxymoron.  I think I probably was aware that I wanted it to be a big declaration of soul in some grand poetic way or another, and I think it can be seen that way or a thousand other ways.  But what the accompanying poem, or prose rambling–which was written after and more [as] a nod to Allen Ginsberg who used to write his own prose-poem summaries for the backs of his books–is trying to say is that this album could be seen as sort of a snapshot of my life, the biography of my growth unfolding up to this point. [I am] also acknowledging that a lot of these songs, as well as a lot of my writing, comes from something bigger than me. The journey, though, is probably more like something one can only describe when it’s over. It’d be like a fish trying to describe water; water is all it knows.  However, part of my physical journey before recording this album did include a 13,000 mile and months-long camping odyssey across and around America’s mountains, forests, stars and deserts.

You are also an illustrator and poet, which is also featured on Wallingford. Which came first: the music or the visuals?

I don’t really know.  Some of the music was composed watching video I [shot] from around the country on that trip; some of the music came together with visuals in dream or trance states, but all the music and visuals came ultimately from Vision.  To me they’re all different sides of the same thing and that thing that’s being reeled out of all of us like ticker tape is Imagination.

If you had to pick a favorite track, which would it be?

I guess “Auspicious One” because, out of this batch of songs, it may best portray my affinity for songs that tell stories.

If you had to describe yourself in three words, what would they be?

Dead or alive, who would you like to do a collaboration with?

Probably the person I’m always trying to collaborate with, which is my true self on an inspiration binge; ego-less and enraptured by the imagination in a creative and boundless trance. And if he’s not available, it’d be pretty cool to rap with George Carlin. [Laughs]. Hunter Thompson seemed like a lot of fun and I don’t know what I’d contribute to these hangs, but I’m sure I’d learn a lot.  Also, now that I’m pondering this, I’d like to see a worldwide collaboration of free-thinking artists creating visuals and companion pieces to my writing and music.  This would be overwhelmingly gratifying in a wholly self-serving way. [Laughs].

What do you have in the works?

More poetry than I know what to do with–about 15-20 unpublished books and chapbooks; a new batch of music on the way and an entire parallel reality of dreams still unrealized…  Oh and trying to figure out how to forever avoid working a [regular] job.