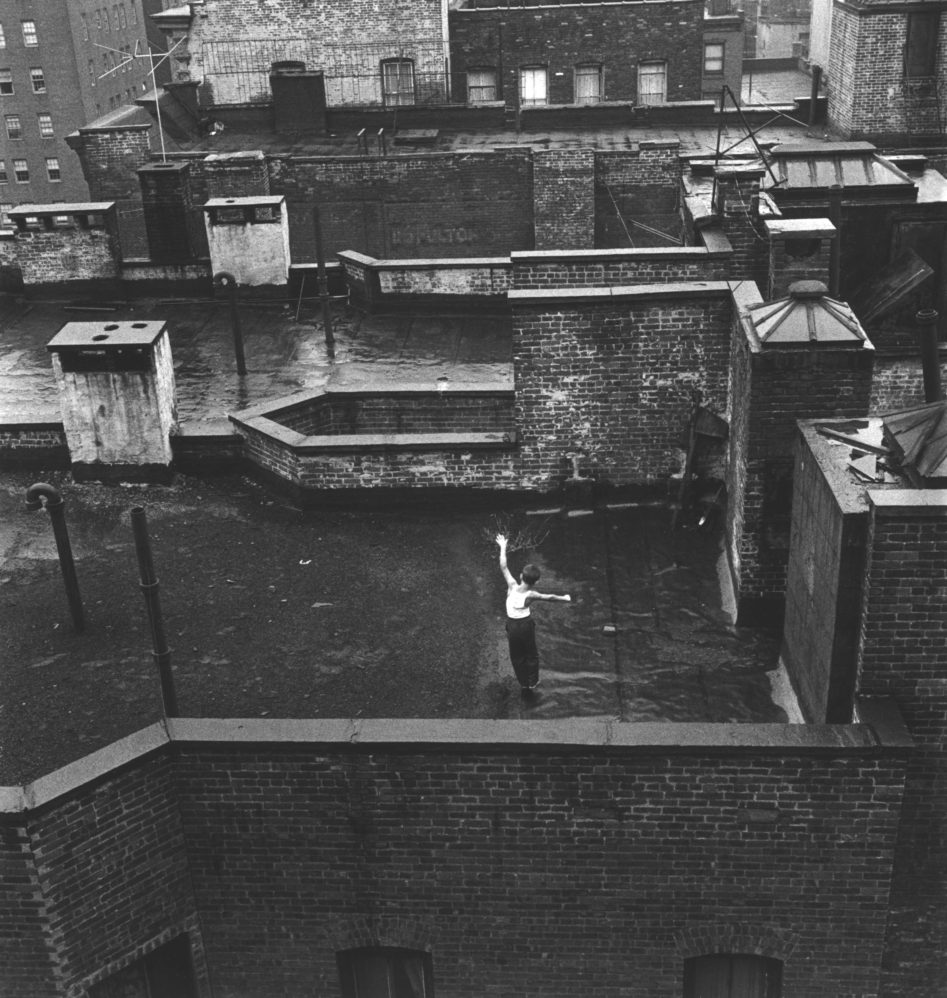 New York City circa 1955 was a thriving hotbed of creativity. In the downtown art scene, cooperative galleries on or near Tenth Street like Tanager, Brata and Phoenix, along with The Club (on 8th street), the Waldorf Cafeteria and bars like Cedar Tavern and McSorley’s Old Ale House helped manifest -via salubrious conversation and landmark exhibitions- an unprecedented wave of artistic convergence and output in the city. 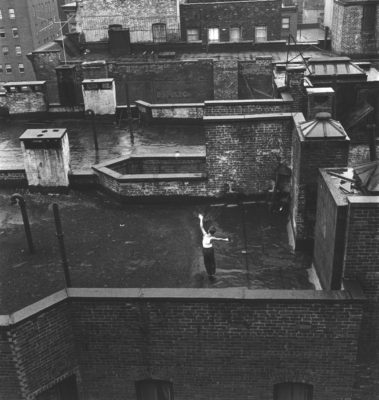 “These pictures evidence the mood; dark, lyrical or documentary, windows into a now vanished New York. Children making their own games and toys. The long-gone Washington Market and elevated West Side Highway. Men wearing hats and ties, was there any other way to dress?

The simple visual of children standing on a wall in their pristine ‘Sunday Best,’ to the baker proudly selling his freshly baked bread. Likewise, the men in the foundry, completely oblivious of the danger to themselves as they made ships propellers. Scorching heat, sparks flying through the air like a firework display. The St Gennero Festival in Little Italy evoked a scene that was more Italy than New York. But that was the richness that was so special to New York. Initially a meeting place with friends, McSorleys Old Ale House became a ‘study’ for me. The change in light created drama. There were many characters passing through from all walks of life and I felt a kind of social connection with them.”

Lured by such vibrancy, the late Abstract-Expressionist painter, Joann Gedney (1925-2013) and the photographer, Arthur King (b. 1934) found themselves smack-dab in the middle of mid-century’s bustling excitement. Arriving in 1947 after graduation from Wheaton College, Joann Gedney took a studio on 8th Street to begin her dream as painter. She counted Milton Resnik, Franz Kline, Bill and Elaine de Kooning as friends and colleagues and in 1957 helped open March Gallery on Tenth Street with Felix Pasilis, Lester Johnson, Pat Passlof and Ray Spillenger, ultimately befriending all the famed Ab-Ex artists of the day. Arthur King, from the suburbs of New York, studied Industrial Design at Pratt between 1951-1957, immersed himself in the city’s cultural landscape with camera in hand. Upon graduation, Arthur moved to a SOHO loft and continued his focus on taking pictures of a fastly-changing city, pictures that captured the dichotomy to LOOK and LIFE magazine’s homogenized approach to all things American. 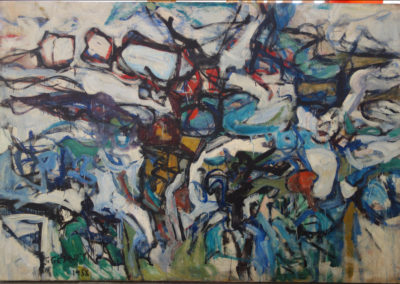 “The Box Within” by Joann Gedney.

“One reason that it was so exciting in the late 50s was that so many of us were in our sexual prime. We were then as beautiful as we ever were going to be—and anything was possible—our work was moving fast—so were we—and the excitement—the expectation—was unlimited. Any love, any miracle of creation—any recognition—was right around the corner. Everything was vital as we lived it and surprises all good—were right around the corner—literally we all lived in the neighborhood. Peak experiences unfolded on top of each other like dealing a hand of winning and unbelievable cards to yourself.

I remember being as turned on by jazz—individuals as much as painters—writers, too—famous ones—we took as daily bread—weekends were maybe filled [with] a bit more of the same wondrous life as what I packed in after hours (working) during the week. I used to mark on my calendar the days when I painted. I averaged five or six days a week. In addition to this, I went to the galleries, museums, Cedar Bar, jazz places, parties.”