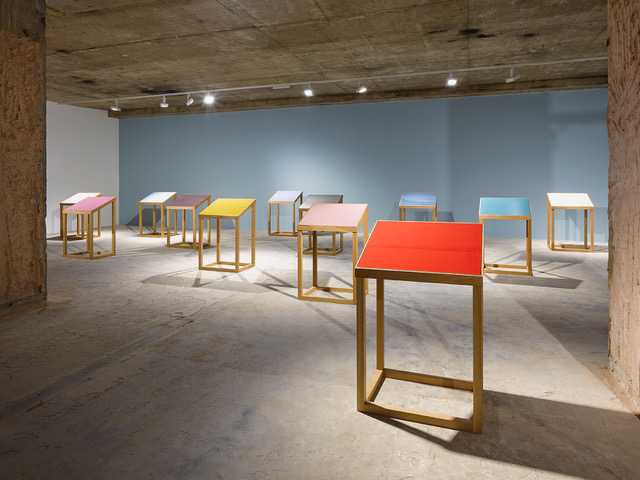 180 Strand is one of those betwixt and between spaces, found in big cities such as London, that from time to time play host to interesting art shows. It is a former office block, in classic Brutalist style, which seems to be always perpetually in a state of restoration and renovation. It is centrally located, very close to Somerset House, which contains the Courtauld Gallery, and also a large number of other spaces used by art fairs and events of that sort, but it has a much edgier vibe.

It recently played host to a big show entitled A Shade of Pale, put together by an entrepreneurial young curator called Carrie Scott. It brought together different work by ten different photographic artists. The theme was what photography is doing now, but beyond this, it was scrupulous in avoiding any particular stylistic narrative. Its determination to stick to this avoidance was signaled by the title of the show, taken from a famously Delphic musical track by the group Procul Harum. Carrie Scott declared that it was simply her intention to make “a grouping of groups, a gathering of creative visions, an assemblage of aesthetics.” 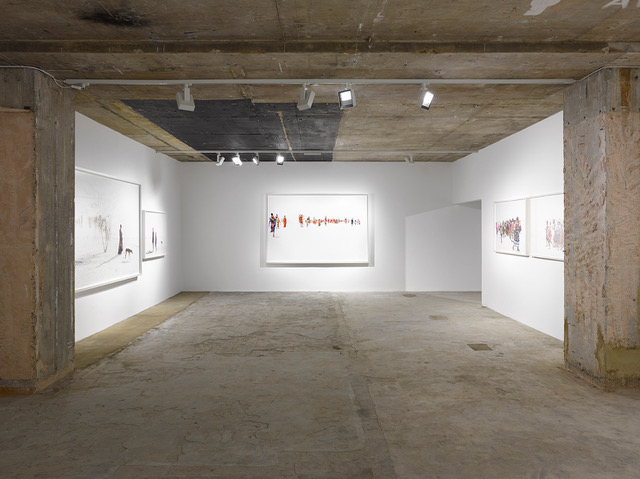 The space available was very big: two full floors, one deep underground. She certainly had the elbow room necessary to do that.

What interested me about the show was not just its ambition, nor its self-evident variety, but what it had to say about the increasing prestige of photography in the pantheon of the contemporary visual arts. There are various self-evident reasons for this. One is that photography seems quintessentially democratic. Today almost anyone can do it and get something that looks like a viable result. No need to learn to draw. No need, either, to shut yourself up in a darkroom, with a lot of potentially unhealthy chemical stuff. Digital photography has done away with all that. 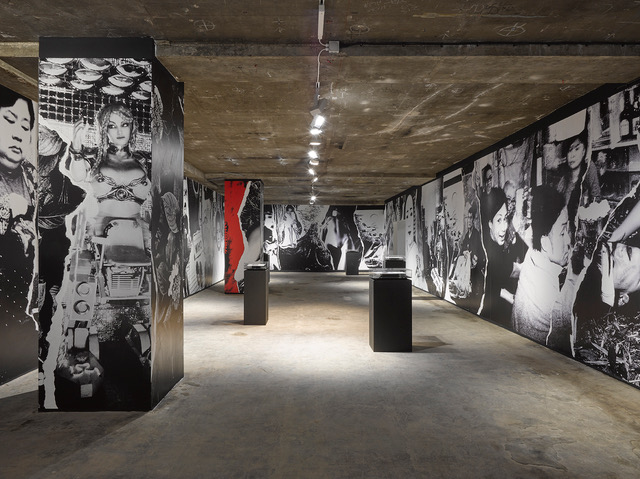 Association with computers, in both their most miniature and their largest and most ambitious guise, has enabled photography not only to become more convenient and fluent but also to vastly extend the photographer’s powers of transformation. What we now call photography is no longer tied to the visible world, in the banal sense of that rather slippery term. It is now possible for the photographic artist to remake, totally, what he or she sees, or has seen. The limitations of scale that once shackled photography’s ambitions are long gone. What is still basically a photograph can now be more or less any size you like. And there is an ever-closer alliance between photography, in the sense of using technology originally rooted in the basic idea of ‘making a photograph’ of something – i.e. of representing the world as it is – and the more esoteric reaches of technological image-making, which often produce results that seem a long way removed from any such purpose. 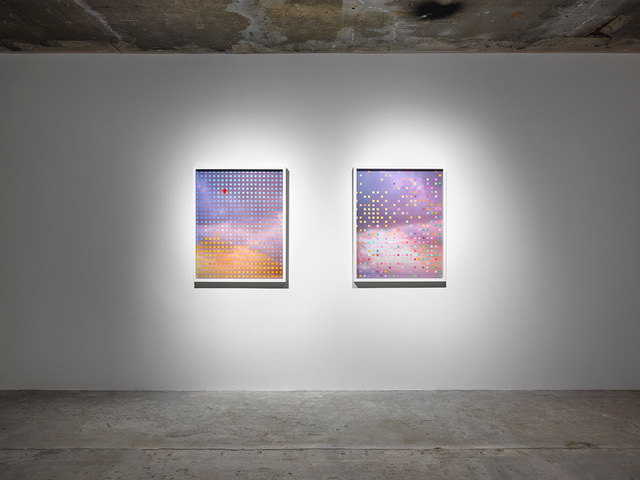 The questions posed by this arose in acute form because A Shade of Pale happened to coincide with a major show at Tate Modern, London’s official showcase for everything new and experimental in art, with an exhibition called Shape of Light, designed to illustrate the alliance, from quite early in the 20th century until the present day, between photography and the idea of abstraction in art. That is of abstract works made using photographic means as independent visual entities, existing with the same degree of independence from what can actually be observed in the surrounding world, as works by radical Modernist painters such as Malevich and Mondrian. Works by these artists are indeed interspersed among the photographs in the earlier galleries of the show, which will remain on view for some months longer. 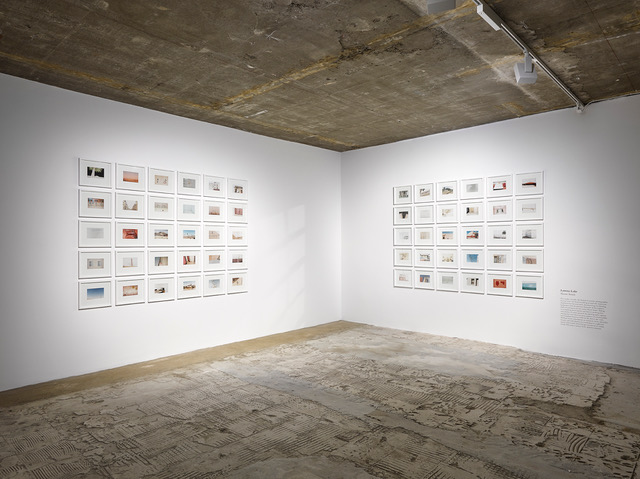 A Shade of Pale adopted no such radical stance. There were indeed a number of photographers whose work seemed to come close to what one might think of, without being otherwise informed, as a total abstraction. A case in point was the series of images by Ellie Tsatsou, showing the moon in various phases, almost pinpoint small, floating in a vast night sky, ranging in colour from blue to darkest black.  Similar in effect were coastal landscapes in various hues by Bindi Vora. 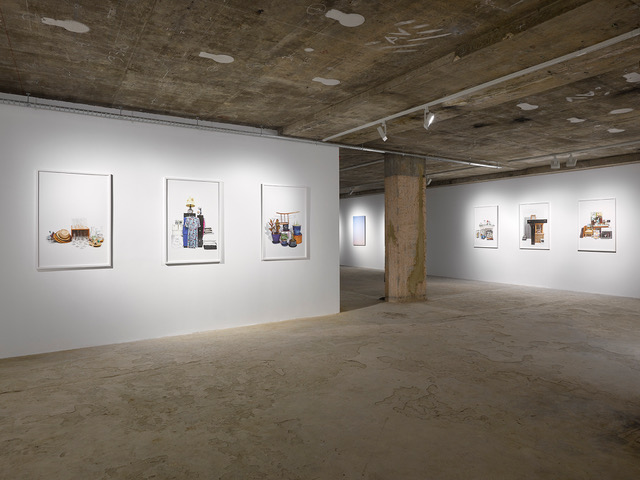 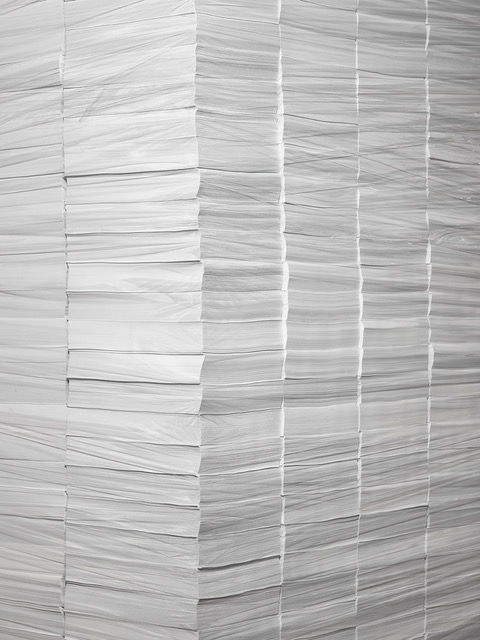 Other photographers included seemed interested in demonstrating how the geometric patterns we associate with some varieties of Modernist abstract painting can be elicited, with the aid of educated observation and then adroit cropping, from things we meet in what we are pleased to describe as ‘everyday life’. Some images by the celebrated architect and designer John Pawson offered a case in point. It was no surprise to discover that he had also been responsible for the design of one part of the exhibition installation. Called Spectrum, this presented double-side photographs suspended in pairs at eye-level.

The intention, we were told, was to create “an immersive experience that uses the entirety of the gallery space, where the chromatic experience is legible from both ends of the room.” 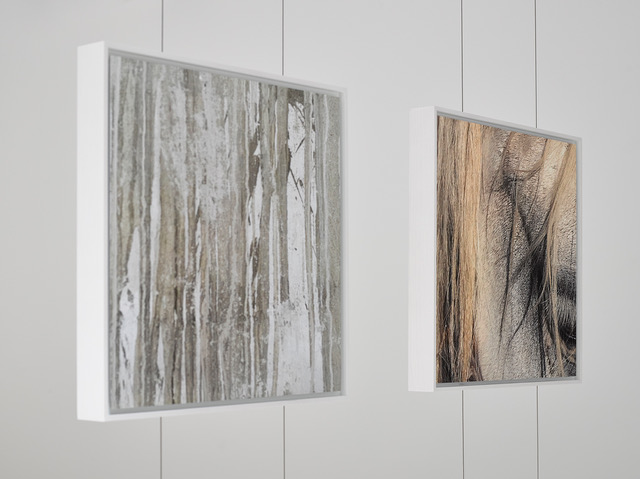 What one tended to learn from A Shade of Pale was not that photography can exist independently from the surrounding world, but that it has learned very thoroughly that Modernist ideas in painting and other forms of Modern design are good to steal from, but that, at the same time, it cannot completely cast off its origins. These origins were rooted in the desire to find, with the aid of technology, a way of recording the world as it actually exists. It is not quasi-painting or quasi-drawing, but an entirely independent way of making art wedded to a technological revolution that had its beginnings in the second quarter of the 19th century, when photography was invented, and which has been accelerating and changing the world ever since. 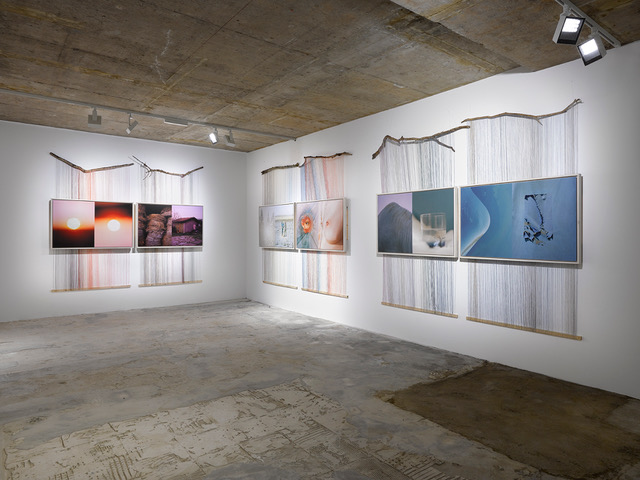 One got a keen sense of the immensity of that change from A Shade of Pale, and it’s a great pity that the show didn’t run longer, to challenge its misguided rival at Tate Modern. This was undoubtedly a better place to discover what truly contemporary photography is and does. 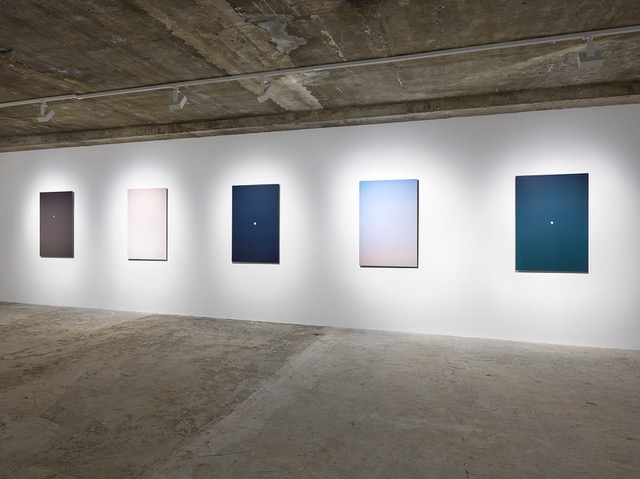 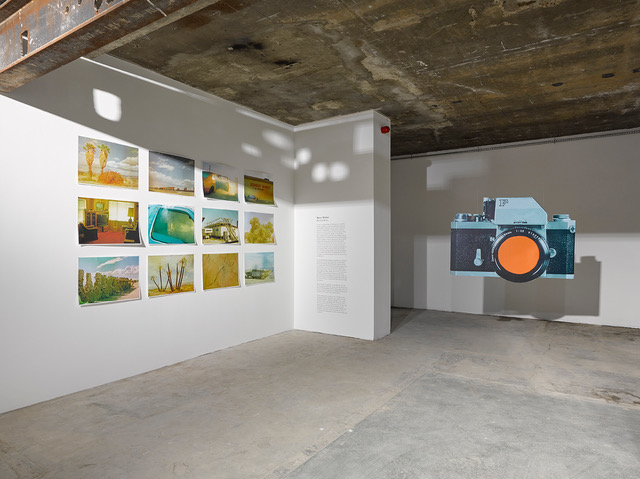 Quiet Lunch would like to give a big thanks to the legendary, world-renowned writer, poet, critic and curator, Edward Lucie Smith, for this wonderful contribution to our magazine. We’re are honored.