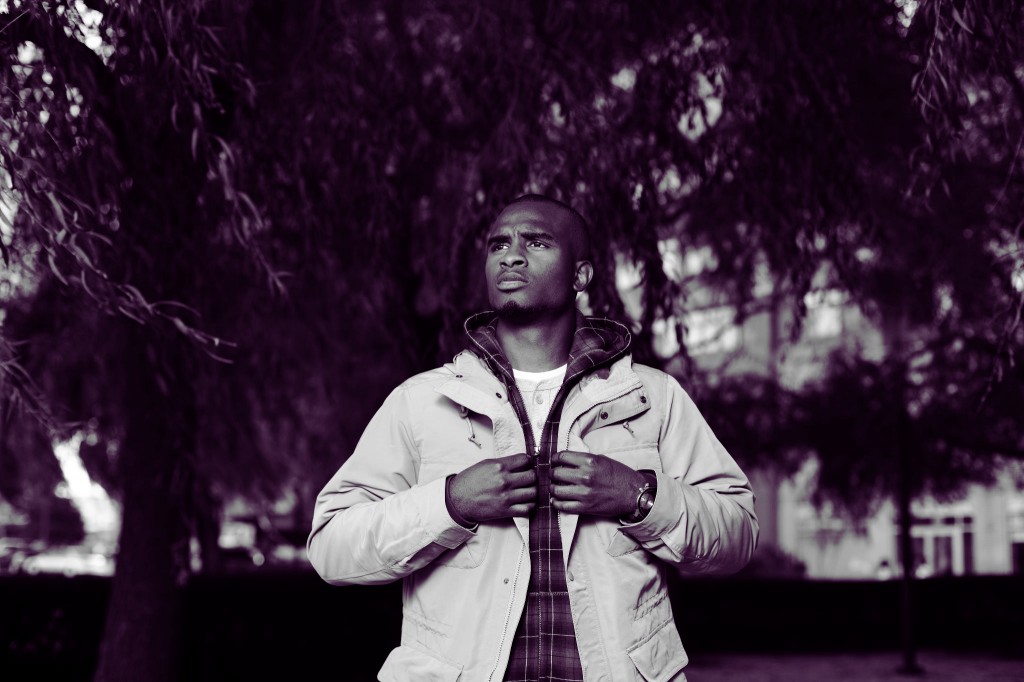 Upon hearing the name of the Northwest city of Seattle, one may think of coffee, the space needle, the sitcom Frasier, Sir Mix-a-lot and his infamous song “Baby Got Back”–or better yet the whole grunge rock scene, specifically, Nirvana. Most of the time, one will not associate good rap music with Seattle. But lo and behold, a new day has come! For we must thank Seattle for its latest addition to the current rap scene…

Introducing, J.Pinder. A 23-year-old Seattle native that has been working hard to make a name for himself. His rhyming is eloquent, executed with finesse and poise. He also incorporates singing, a diversity which can be both entertaining and welcomed. His style is a far cry from the repetitiveness of the currently popular “trap” music that we have been bombarded with on the radio. Think of J.Pinder as a refreshing alternative, a more conscious and aware artist than a Drake or a Tyga. The fact that he isn’t constantly speaking about money, cars, and bitches on every song–or on any song, for that matter–is impressive to say the least. Don’t get me wrong, those are things that most of us desire, but with America’s current financial state, they are not things that everyone can attain or relate to. Hip Hop isn’t recession proof.

Recently, J.Pinder has been touring with major Hip Hop acts such as Talib Kweli, and Slum Village. Opening the door to opportunities for him to collaborate with Musiq Soulchild and Kuddie Fresh on a new track titled “Lenore”. Inspired by Edgar Allen Poe’s poem, The Raven, “Lenore” is a modern interpretation of a lament in love.

Overall, Pinder’s style is honest and his approach is simple–but simplicity couldn’t describe his sound, that would be offensive. He is able to articulate his personal experiences of love, material gain and his pursuit of happiness in a way most people can relate over melodies that resonate. His ability to do this in a manner that seems so effortless truly demonstrates the dynamic talent that is J.Pinder. 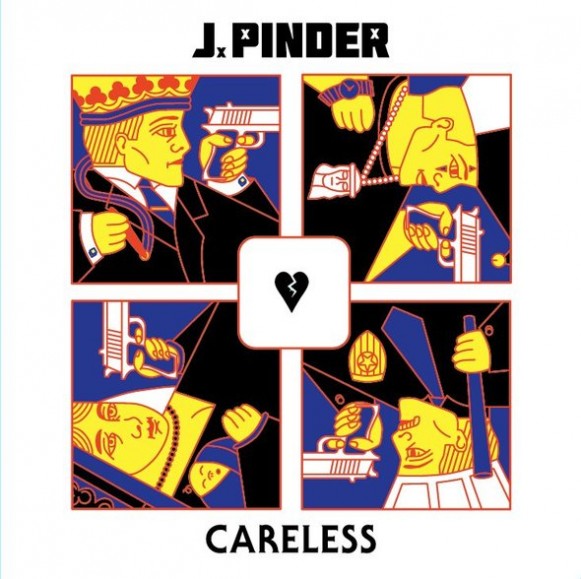 With hits off his debut album such as “Never No”, “A Learning Game,” and most recently, “No Fault of Mine”, Pinder’s Careless is a must listen! Indeed, 2012 has been a very good year for J.Pinder, and 2013 looks to be even more promising. Here at Quiet Lunch, we were very excited to get an opportunity to ask this talented rapper a few questions about his thoughts, and motivations regarding his music career.

When did you realize you wanted to pursue a career in music? What factors motivated you to do so?

“I realized it in high school. Basketball was always my career goal but I found my self on the court thinking about songs and rhymes. That’s when I knew it was music.”

Who within the music industry do you admire? Do they influence your artistic approach?

“I admire Jay-Z as a musician, businessman and a man a lot. He’s setting the bar right now for me. Everything about him isn’t admirable of course but his story is very interesting to me.”

Describe the Seattle Hip Hop scene? How does it differ? In what way is it the same as other major cities?

“The Seattle scene is cool. A lot of great artists. I’m excited to see what everyone does but just like any scene anywhere, it has it’s stars and it’s bums.”

Considering you’ve been touring, what has been the biggest “wow” moment for you?

“The Seattle stop on the Prisoner of Conscious tour with Talib Kweli. I’ve never seen the crowd so excited to see me. It was cool.”

Would you consider yourself a conscious Hip Hop artist?

“Sure. I wouldn’t say that was it though. I have my moments.”

If you could have only one choice, would you prefer commercial success or critical acclaim? Why?

What are your thoughts on the state of Hip Hop, some say it’s dead, others say it has transformed, and what do you say?

“It’s definitely not dead. I feel pretty good about where it’s going. It’s not the same as it once was but change is inevitable. Things can always be better. That’s the goal.”

What would you say is the overall theme of your album ‘Careless’?

Which is your favorite song from your album?

Who is your favorite Hip Hop producer?

Recently you worked with Kuddie Fresh & Musiq Soulchild on the track “Lenore”, could you share the experience?

“It was dope working with him. We did the majority of the song at Kuddie’s house in Atlanta. Being able to sit around, tell jokes and share stories with one of your favorite artist is an amazing thing, not only my personal perspective but also for my art. He’s a legend.”

Is Edgar Allen Poe a favorite writer? What other writers do you appreciate?

“I’m no expert or anything but I like a few of Poe’s poems. Mark Twain also.”

You released a video for the song “No Fault of Mine,” which is a very good song. How has pursuing a career in music altered your personal relationships?

“Anytime you dedicate your life to your career it’s hard to dedicate your time to anything or anyone else. There’s a sacrifice that comes with pursuing a life in the entertainment world and often times its people that can’t fit on the bus. People come with so much baggage. [Laughs]”

Any new projects, tours, coming up?

Describe the process to creating a song from your perspective.

“Chaotic and indescribable. Depends on the day I guess. “Things” have to happen. Inspiration doesn’t come with a light switch and I don’t create unless I’m inspired.”

How would you describe those who listen to your music?

Where do see yourself 5 years from now? Ten years?

“Not sure. I’m still trying to decide this. Life is interesting.”