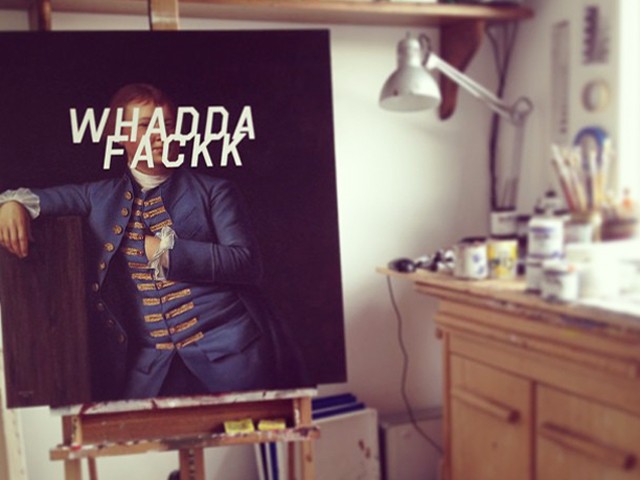 Beware that these masterpiece are not digitally generated nor are they Photoshopped, Huckins painted each piece by hand. In the process of comparing time periods, Huckins also uses The American Revolution Revolution to confront the priorities of a dumbed down society. 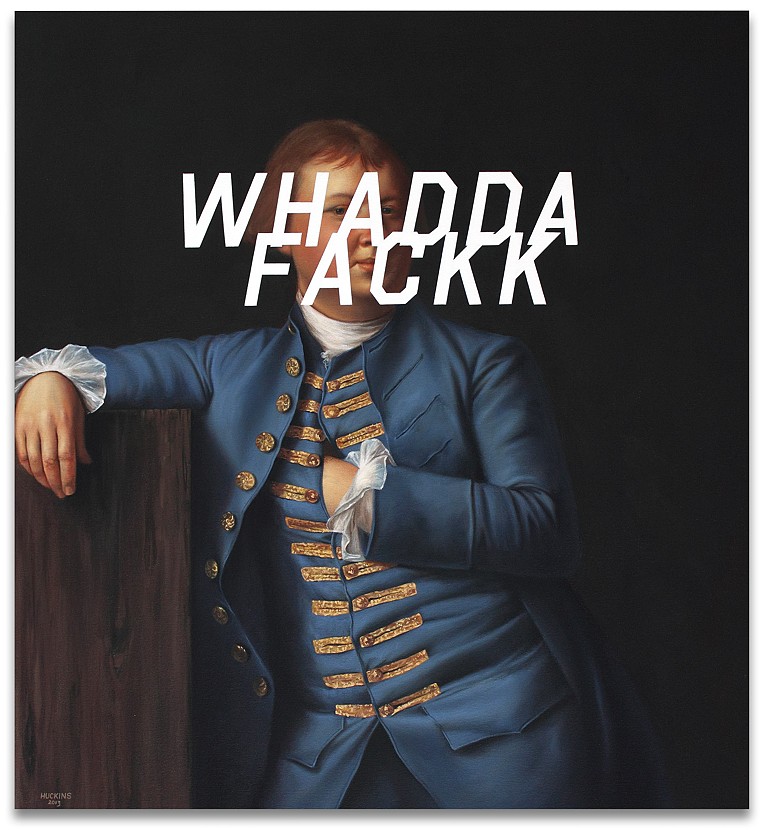 “The American Revolution was conceived through an exchange of a few well-formed ideas communicated in person and by handwritten letters. Imagine what George & Co. could have done with the Internet.

Technology influences how much we know and what we believe, as well as how quickly and intelligently we convey our ideas. But does how we communicate govern the value of what we communicate? The physical act of typing very fast on small devices has undeniably impacted spelling, grammar and punctuation, encouraging a degree of illiteracy that has become the new social norm. As goes our grammatical literacy, do our social and cultural literacies follow? What should we make of the fact that the political organization Move-On.org has 109,000 ‘likes’ on Facebook while Justin Bieber has 6 million plus followers on Twitter?” 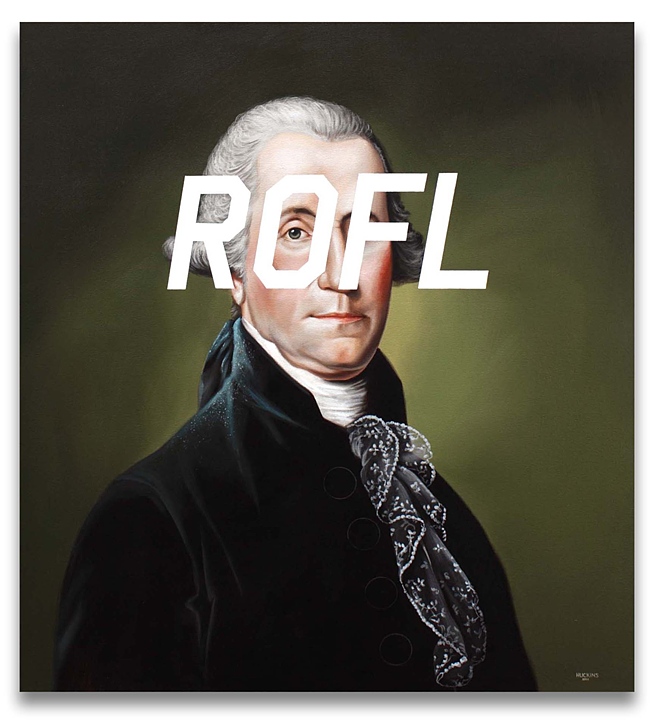 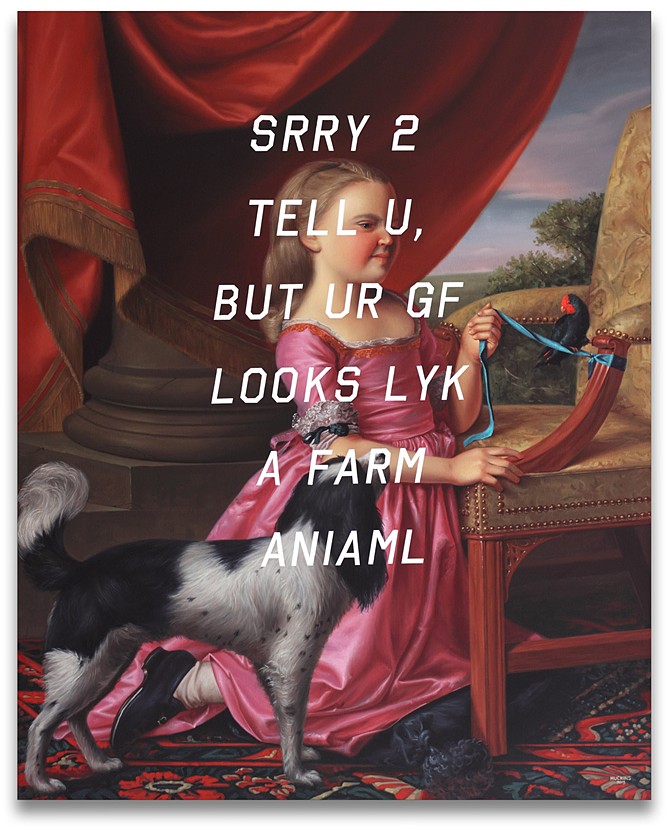 Young Girl With Dog and Bird: Sorry To Tell You, But Your Girlfriend Looks Like A Farm Animal, 2013. 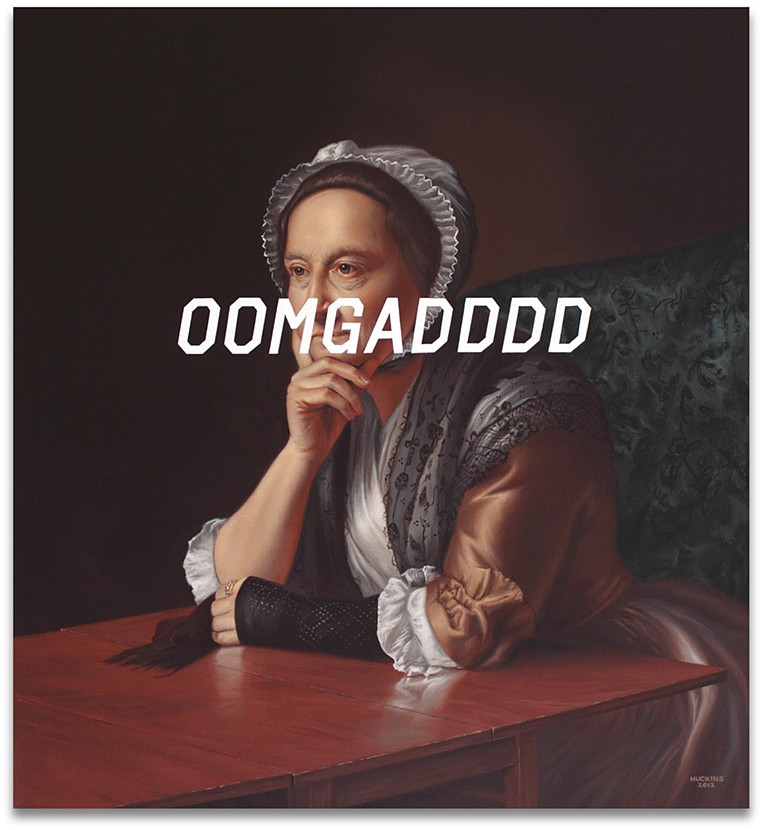 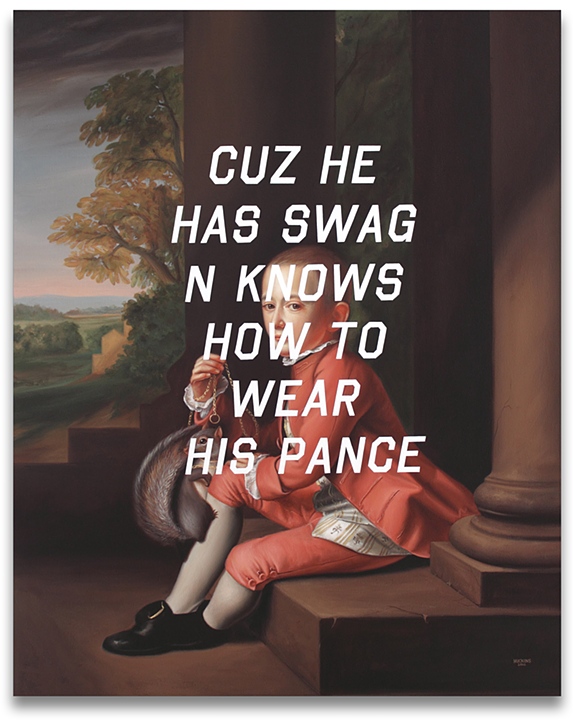 Because He Has Swag And Knows How To Wear His Pants: Daniel Verplanck, 2012. 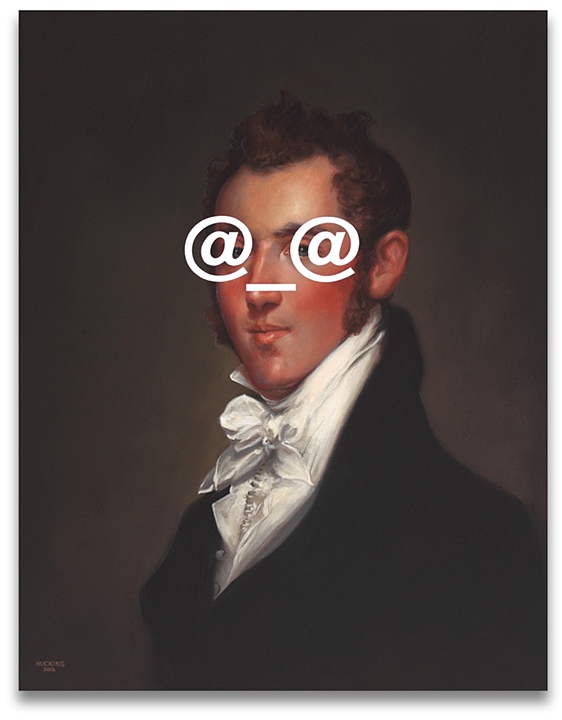 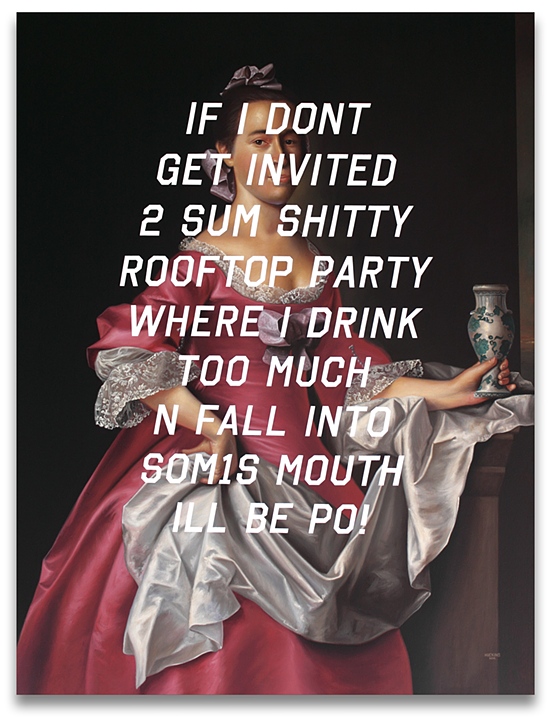 Elizabeth Oliver: If I Don’t Get Invited To Some Shitty Rooftop Party Where I Drink Too Much And Fall Into Someone’s Mouth, I’ll Be Pissed Off!, 2012. 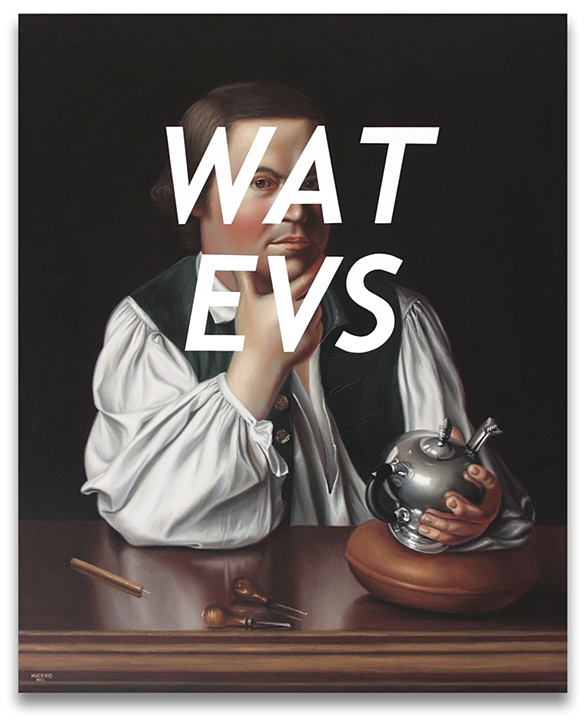 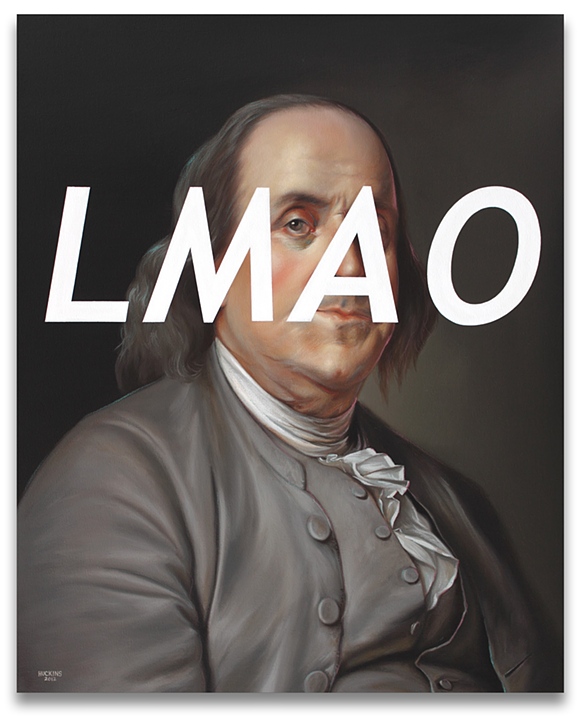