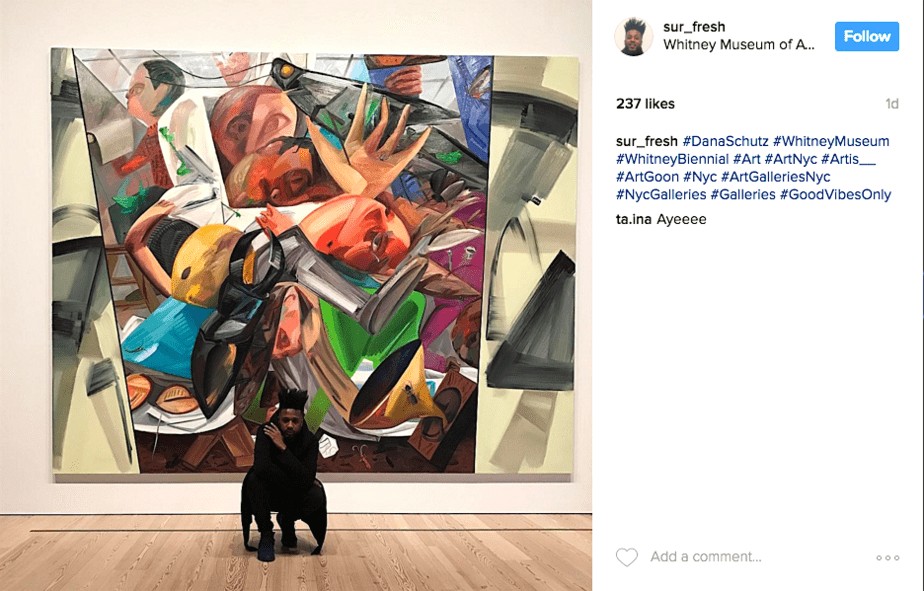 Although the Whitney Biennial is “the show everyone loves to hate,” you can’t tell that from looking at the Instagram posts. More than 10,000 photos and videos have been posted in the first week alone—and there’s still twelve more weeks to go. 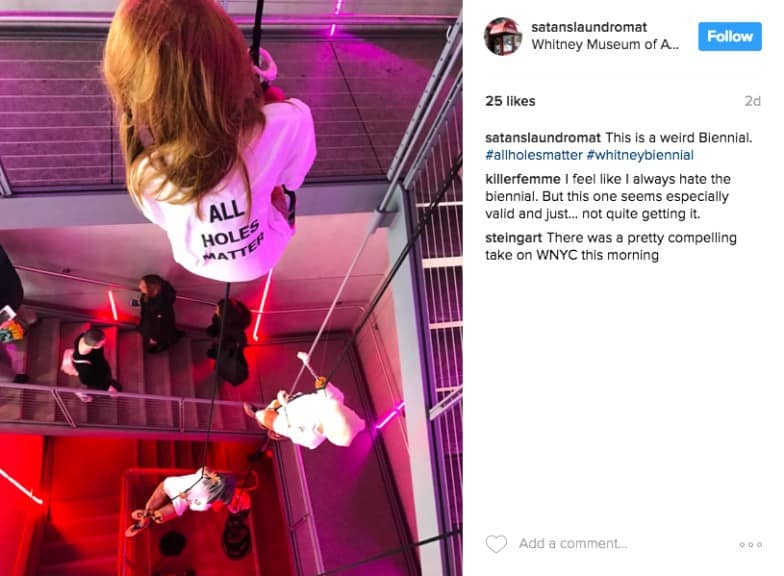 A “selfie” paradise, this year’s show has lots of shiny works that are perfect for moments of self-reflection. At the top of the list are Larry Bell’s red glass cubes, Samara Golden’s illusionistic architectural spaces created with mirrors and John Riepenhoff’s box with a hole for your head where you view a miniature version of a Kusama “Infinity Room”—complete with tiny lights and reflective walls to echo your image into perpetuity.

Other popular photographed pieces in this politically minded show include Jon Kessler’s kinetic video sculptures that use iPhones and virtual reality to transmit imagery about immigration and climate change, Raúl de Nieves sprawling installation employing colorful stained glass windows and beaded figures to comment on social concerns, Pope.L’s room installation that features 2,755 slices of bologna nailed to the walls with portraits of Jewish New Yorkers on them, and Ajay Kurian’s punk figures that look like they are either breaking into the museum or escaping from it. 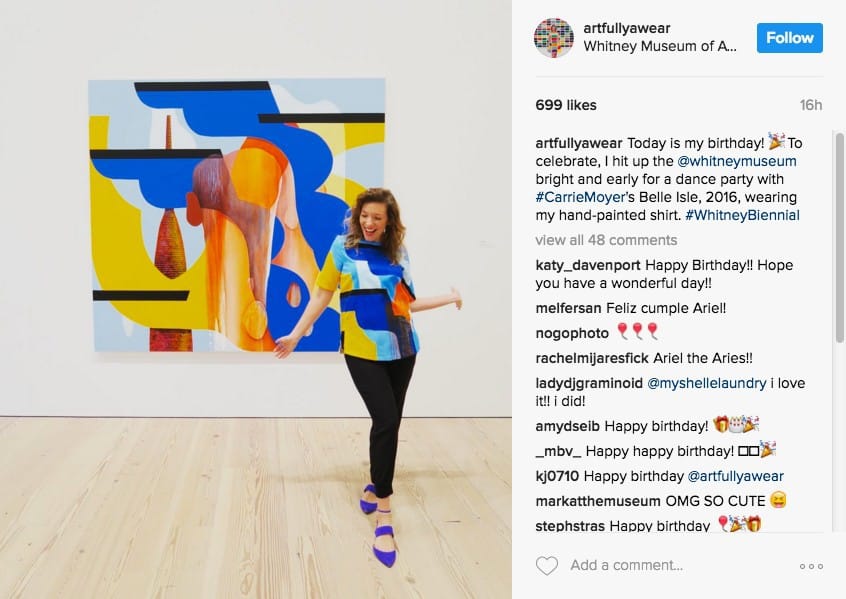 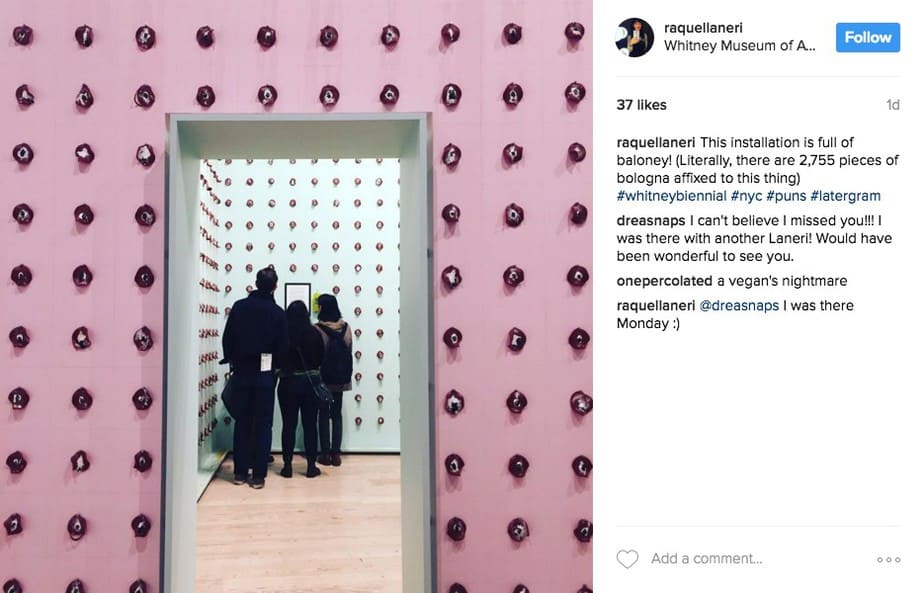 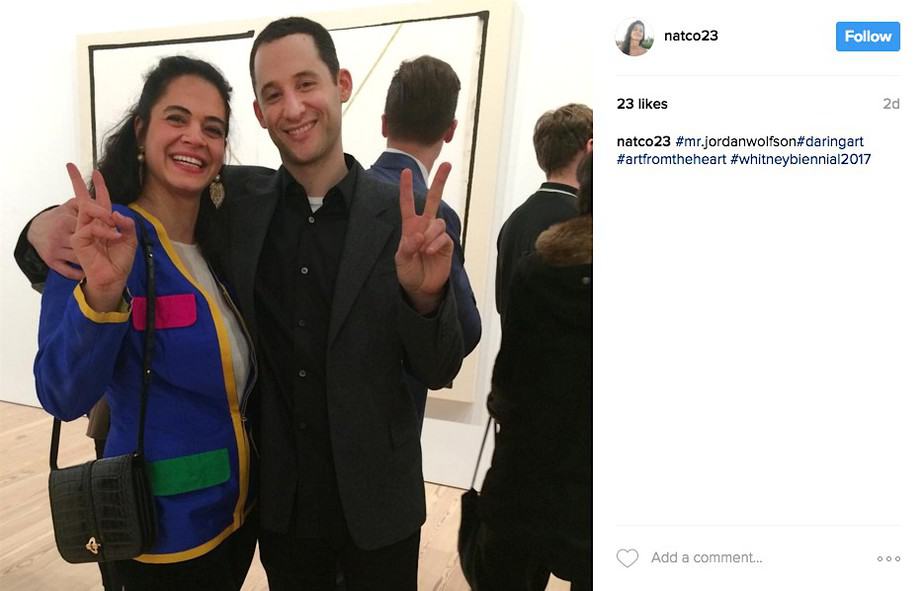 Judging from the magnitude of the social media posts, and the long lines, the 2017 Whitney Biennial is already a hit; but next time around we hope that the museum will use the whole building, as too many people think the “Paintings from the 1980s” exhibition is part of the Biennial—or at least that’s how the hashtags on their pictures from it misguidedly read. 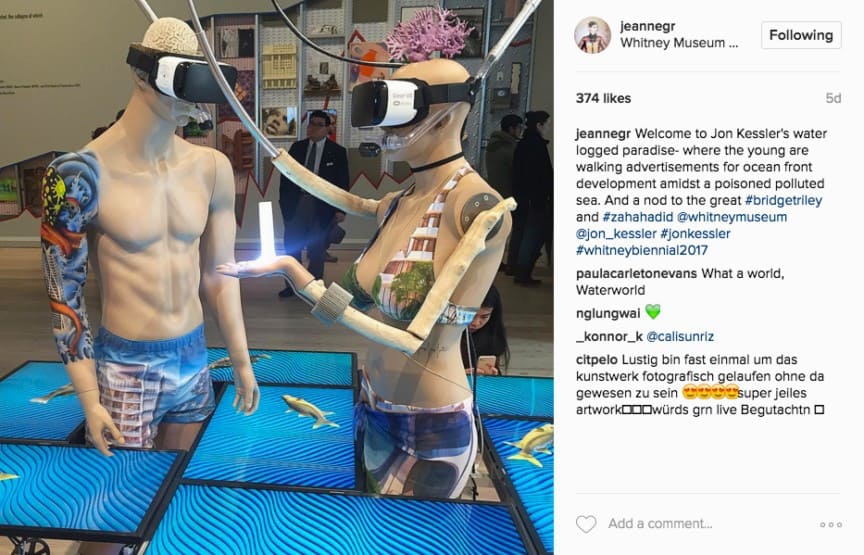 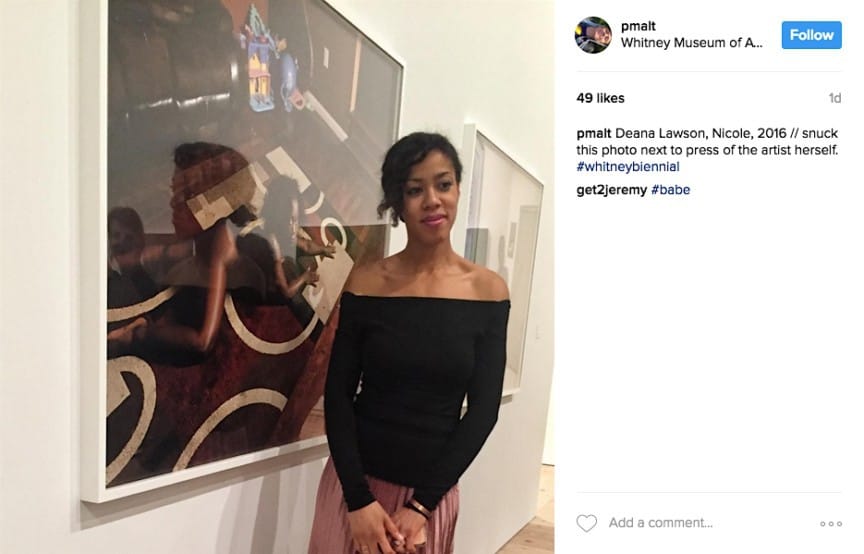 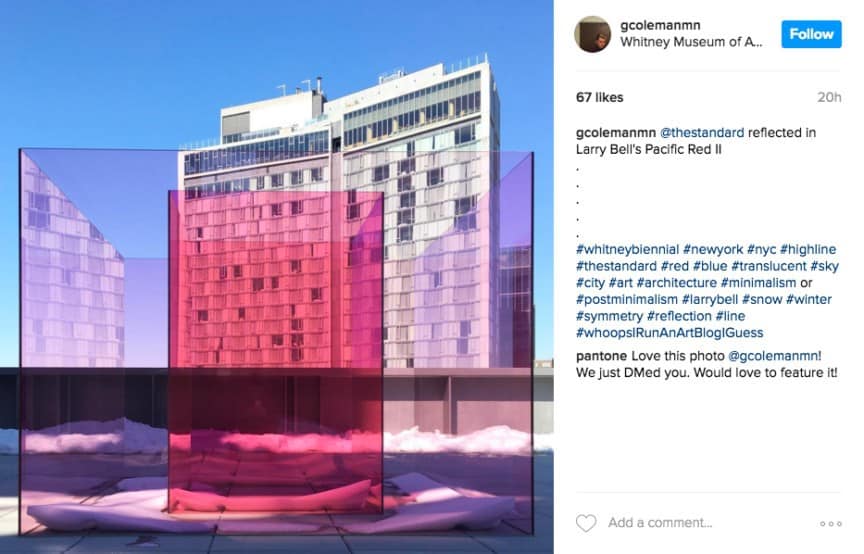 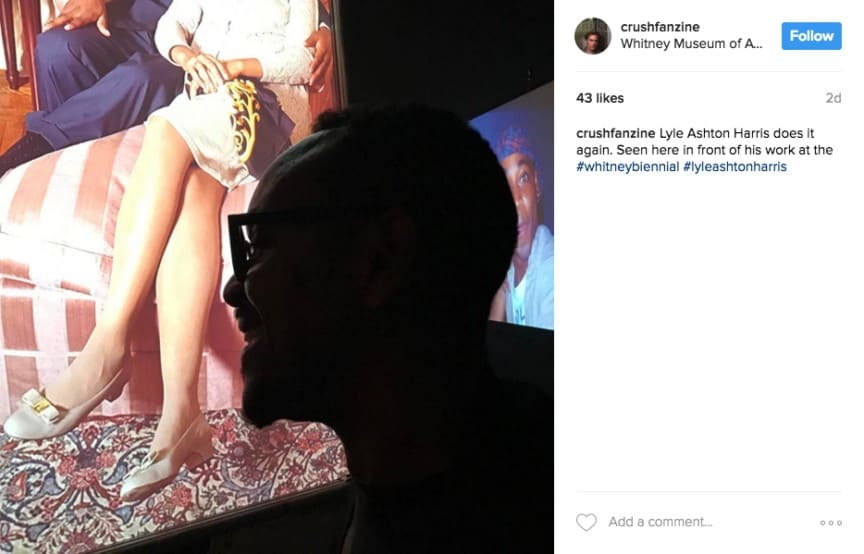 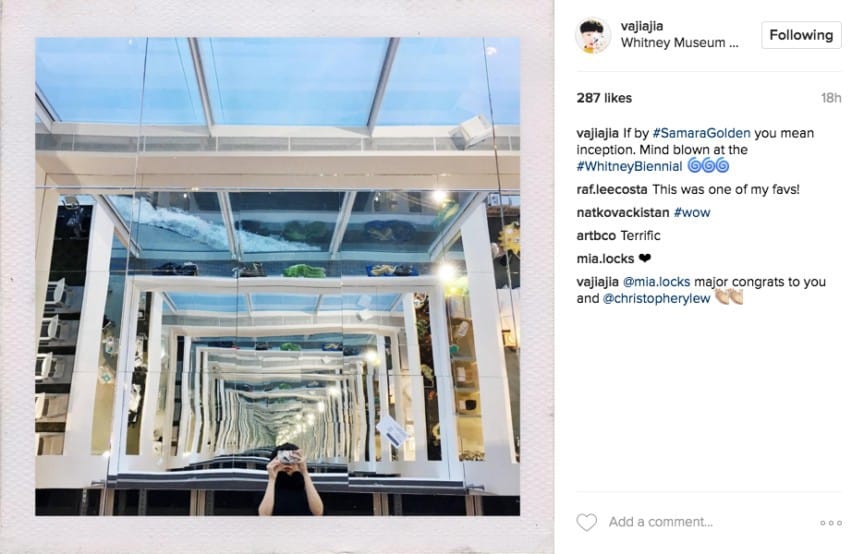 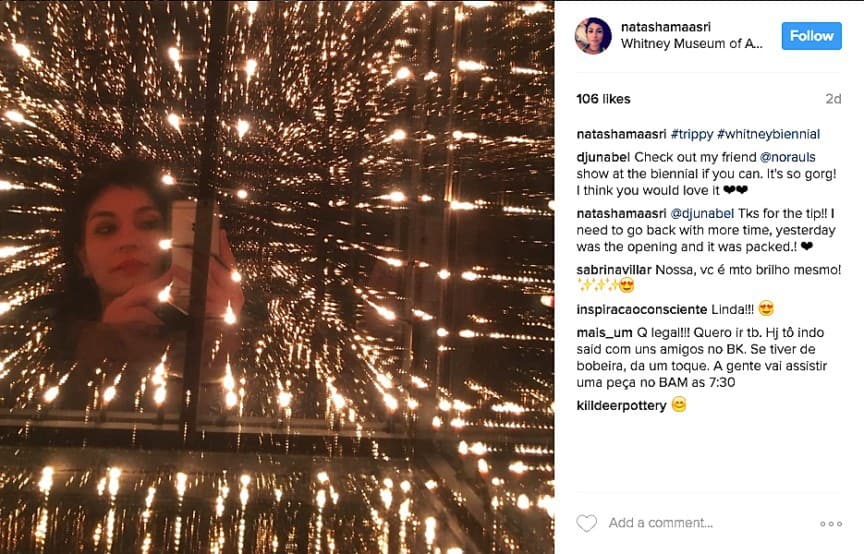 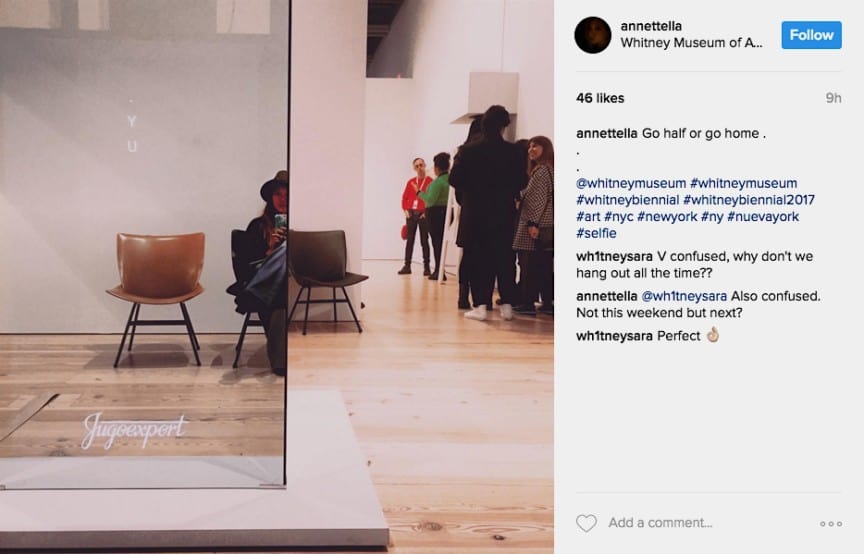 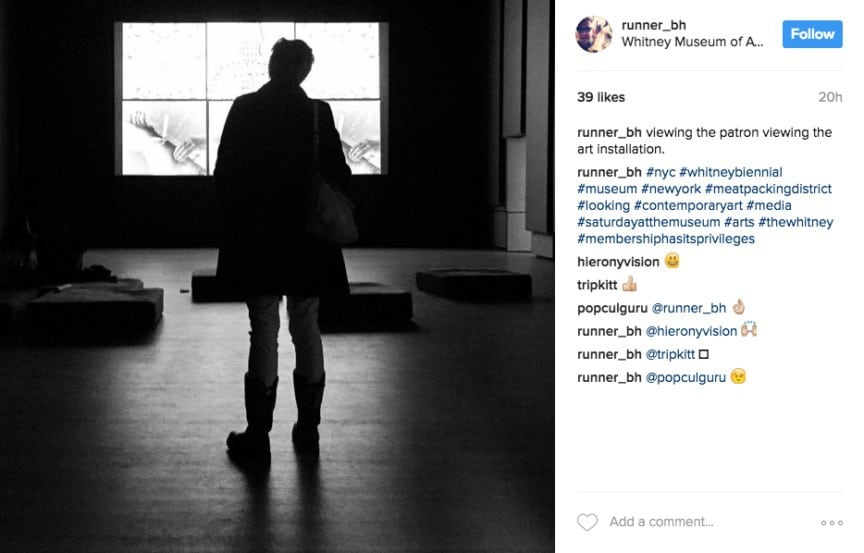 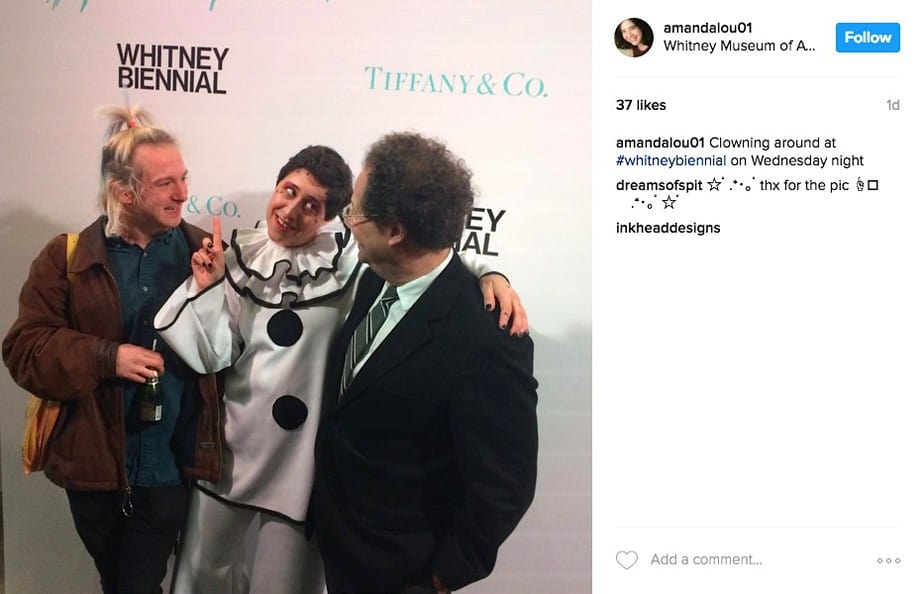 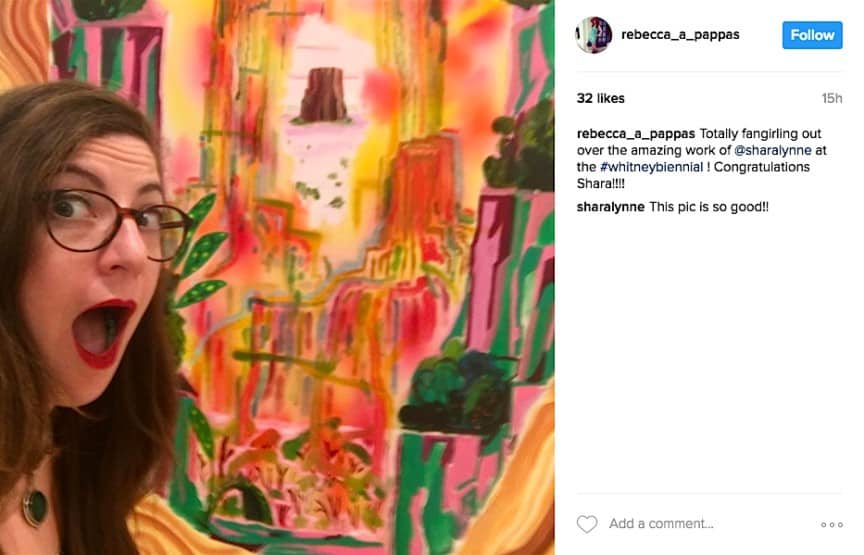 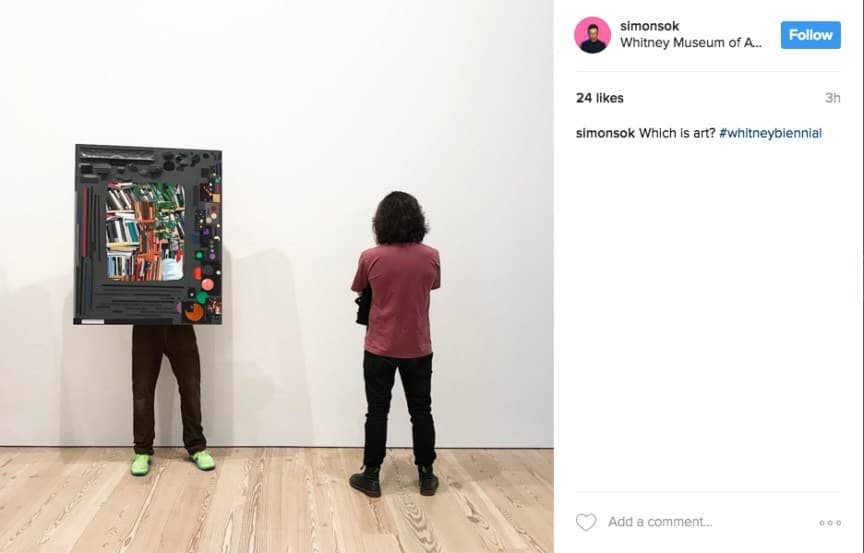 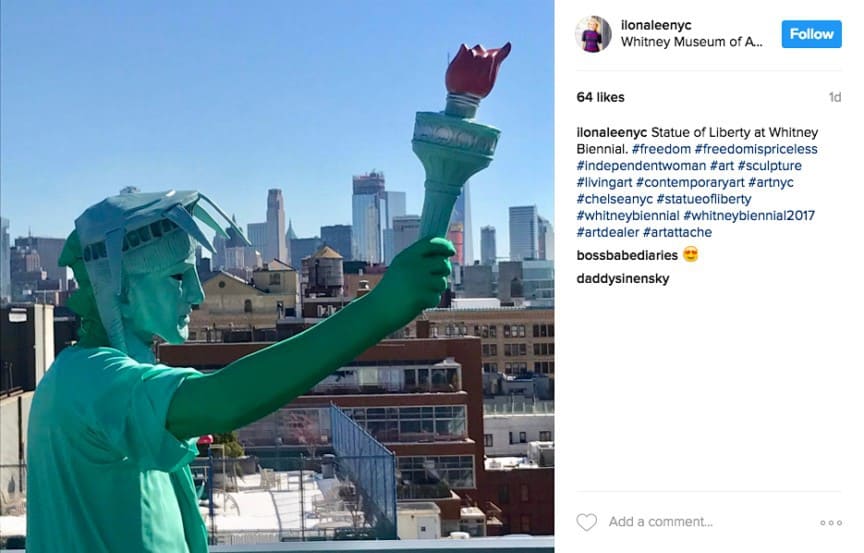 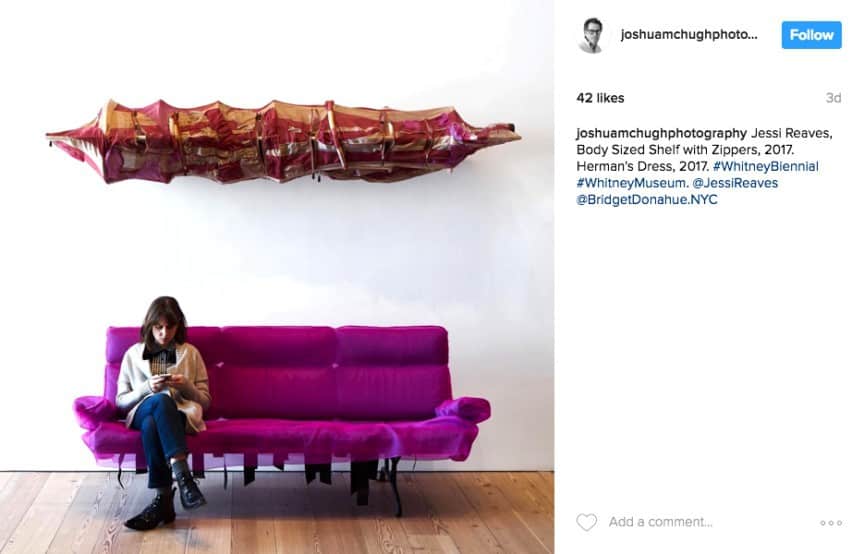 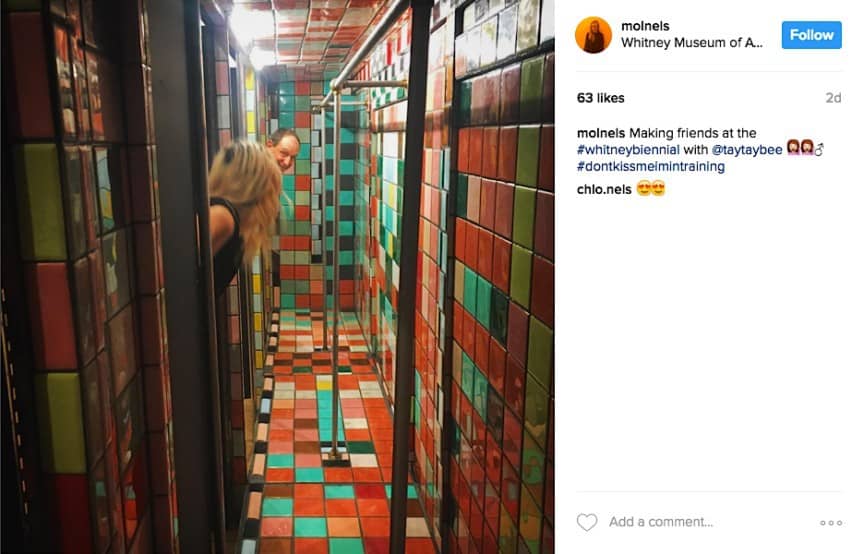 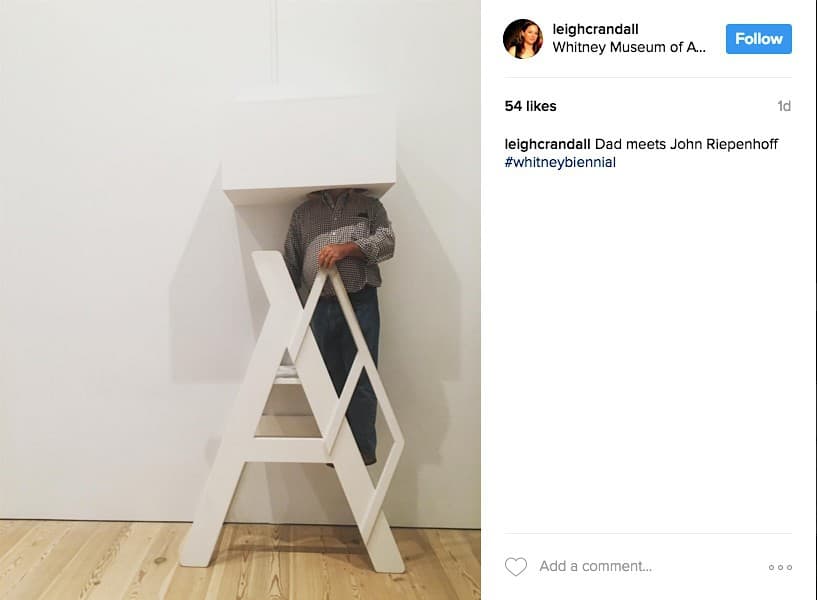