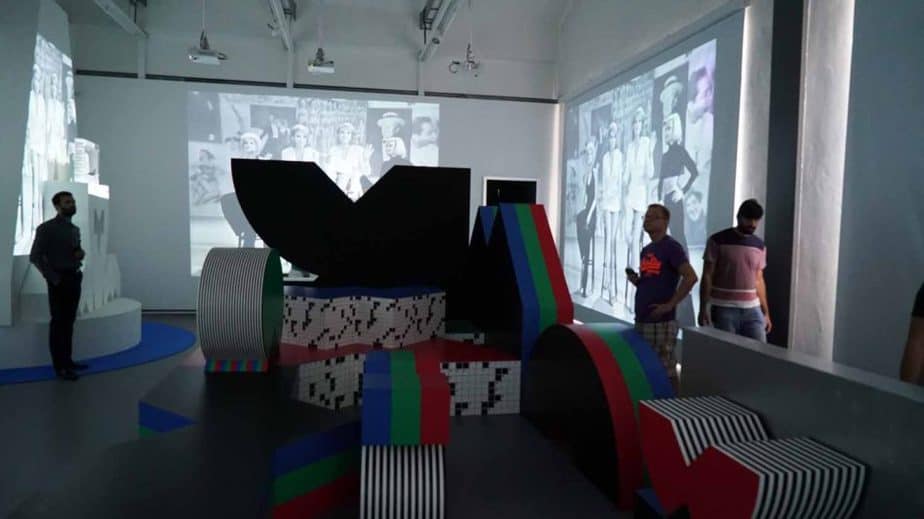 Opening on May 8th, the launch of Francesco Vezzoli’s TV 70 at Fondazione Prada was, to a large extent, overshadowed by the Venice Biennale. With Prada’s presence in Venice this year, it is easy to miss what they are doing on their home turf in Milan. To do so, however, would be a pity.

In collaboration with TV Channel La Rai, Vezzoli investigates Italian Public Television’s relationship with art, politics, and entertainment in the 1970s. La Rai, Italy’s monopolistic broadcaster, straddled the gaping cultural divide between Catholicism and Social Communism during the era. Using excerpts from La Rai’s programing, the exhibition examines a decade that saw the legalization of abortion and divorce as well as the growth of the post war consumer society. Vezzoli says in a statement that “with this project, I wanted to set a path that was risky and dense-one as difficult as the subject requires-but also entertaining and surreal.” 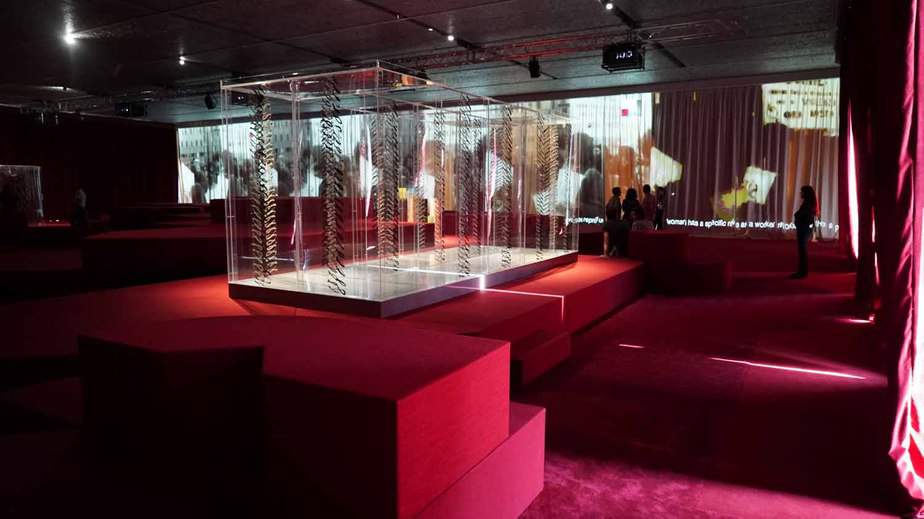 The exhibition succeeds in being both entertaining and surreal. The Nord gallery, where the show begins, focuses on the relationship between TV and art in Italian society. Multiple videos are projected on white translucent fabric, giving the impression of floating images. The clips are almost all of men, highlighting a lack of feminist perspective during the period.

Moving on from the Nord space, viewers encounter a more overtly political dialogue in the Podium +1 and Podium galleries. Podium +1 is a series of video installations documenting the transformative terrorism of the era. Podium deals with the decades tumultuous sexual politics. The Sud gallery focuses on entertainment from a sensual and feminine perspective.  Video of popular entertainment is played over photographs of women in provocative poses. Finally, visitors enter the cinema for a Vizzoli edited homage to Rai TV. 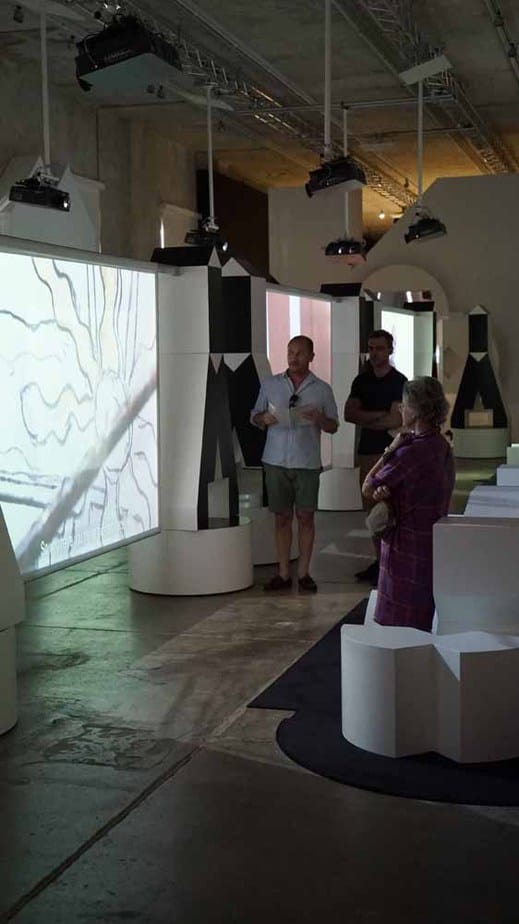 The journey is facilitated by the architecture of Paris based Mathias Augustyniak and Michael Amzalag. The duo uses various fabrics and structures to meet the challenge of combining a traditional museum setting with a collection of multiple temporal images. Work from prominent Italian artists is shown alongside the video, but one is tempted to regard this as an afterthought. 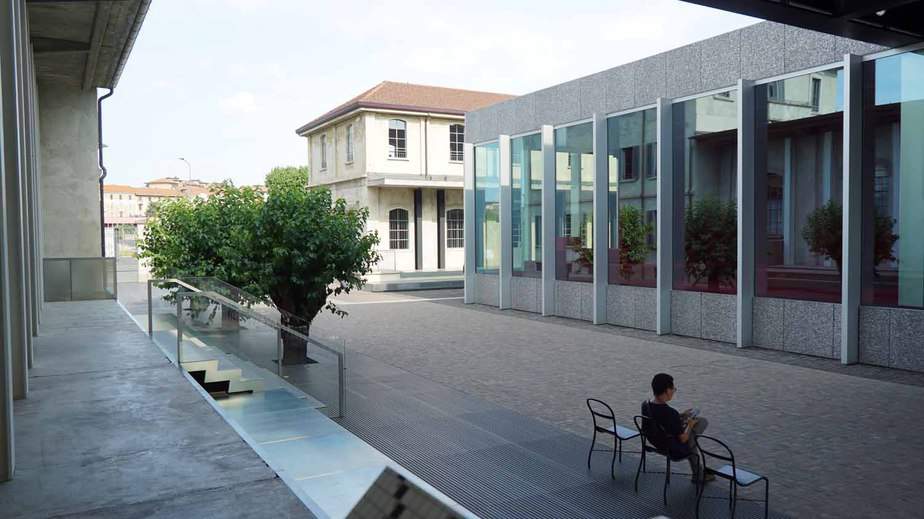 The show is facilitated by the Fondazione Prada’s industrial space. Opening permanently for exhibitions in the Spring of 2015, the former distillery is located in the industrial outskirts of Milan. Upon first approach the inconspicuous institution differs only slightly from neighboring factories and warehouses, but contrasts show with closer inspection. The facade is painted in a cool and clean grey. Inside gold walls, glass, and metallic doors become visible. The Foundation is subtly marked with a small neon sign. The staff are outfitted in stylishly minimalistic uniforms, clearly chosen by the Museum’s namesake.

Connecting fashion, art, and Northern Italy’s industrial heritage, the Museum is a natural fit for TV 70. The exhibition and museum both focus on a state of liquid modernity where institutions are constantly evolving. If you are accustomed to thinking about Italy as a place only for Renaissance marble and Roman ruins, then the Fondazione Prada’s atmosphere will come as a shock. 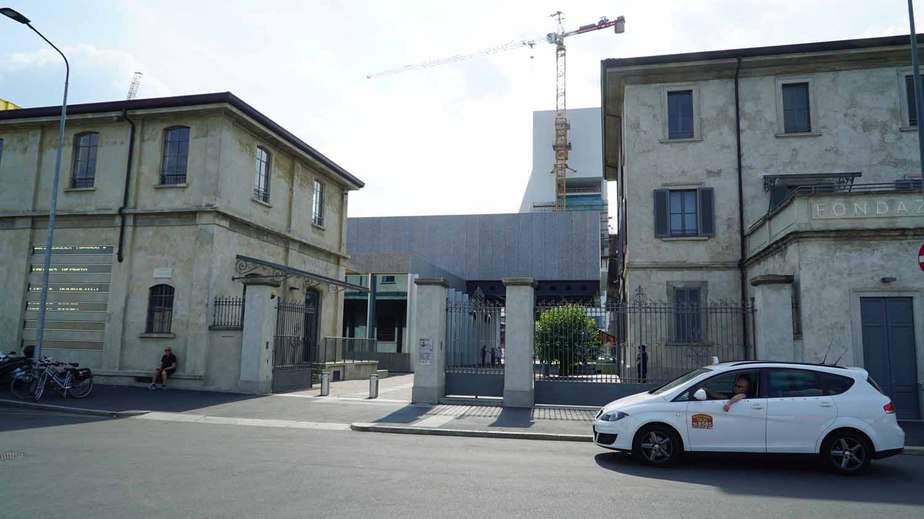 And if all this revolutions proves to be too much, stop in at the Wes Anderson designed Bar Luce for a taste of the traditional. Discourse on social transformation is best facilitated by an aperitivo. Take a Campari cocktail and be glad that in Italy some things never change. TV 70 closes September 24th. 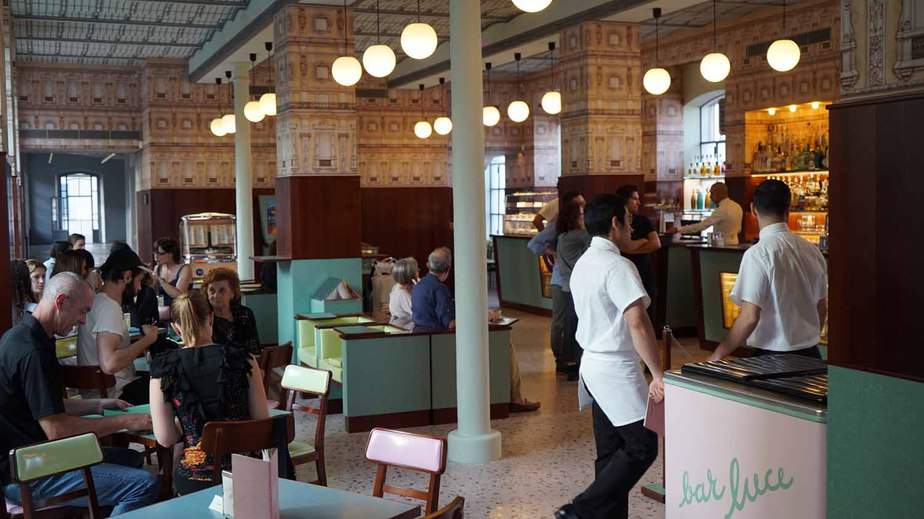