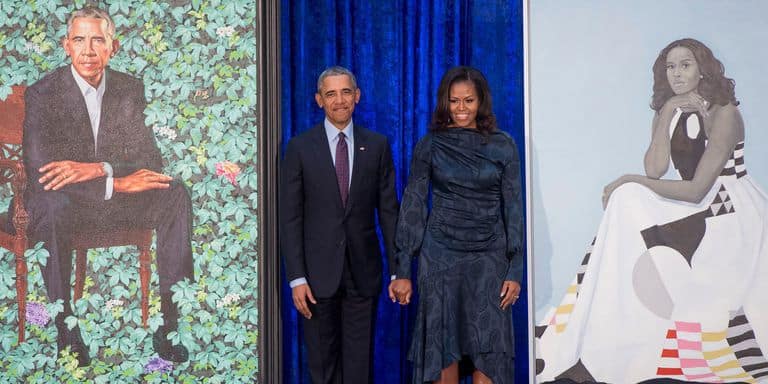 Barack and Michelle Obama were present at the National Portrait Gallery in Washington, D.C. on Monday for the unveiling of their official portraits by Kahinde Wiley and Amy Sherald. Twenty-first century style and poses project the personalities of the Obamas; a relief from traditional presidential portraiture this work does not repeat settings and symbols from the past, but sets the bar for presidential portraiture to a new level. Commenting on the effect these portraits would have on young African-American girls Michelle Obama said, “They will see an image of someone who looks like them hanging on the wall of this great American institution. And I know the kind of impact that will have on their lives…”

Kahinde Wiley’s oeuvre is best known for life size portraits of black men and women rendered in fantastical mixes of contemporary motifs with magnificent textiles and effects suitable to 17th century court portraiture. Wiley’s controlled use of shimmering bright and transparent oil colors, painterly surfaces, use of pattern and symbolic motifs also strikes distinctive parallels to the work of Renaissance masters. In the portrait, President Barack Obama looks directly at the viewer, alert, serious and sitting forward in a carved wooden chair that emerges from a living thicket of symbolic plants. The vines and flowers are like a brocade that includes Kenyan, Hawaiian and the state flower of Illinois; references to the former President’s personal history.

In speaking at the unveiling Amy Sherald said, “My approach to portraiture is conceptual… symbolic, an archetype.” She also portrays black men and women at life scale in oil on canvas and her subjects look directly out of the picture engaging the viewer. Her palette tends to a range of opaque and pastel colors, often rendering black skin in grey toned volumes that create depth in contrast to the flatter colors in the composition. Michelle Obama is seen seated, contraposto turning toward the viewer. She wears a dress by designer Millie, that Sherald feels has an abstract pattern reminiscent of Mondrian and also the quilt patterns of a remote community in Alabama. Addressing Michelle Obama Sherald said, “What you represent to this country is an ideal. A human being with integrity, intellect, confidence and compassion.” 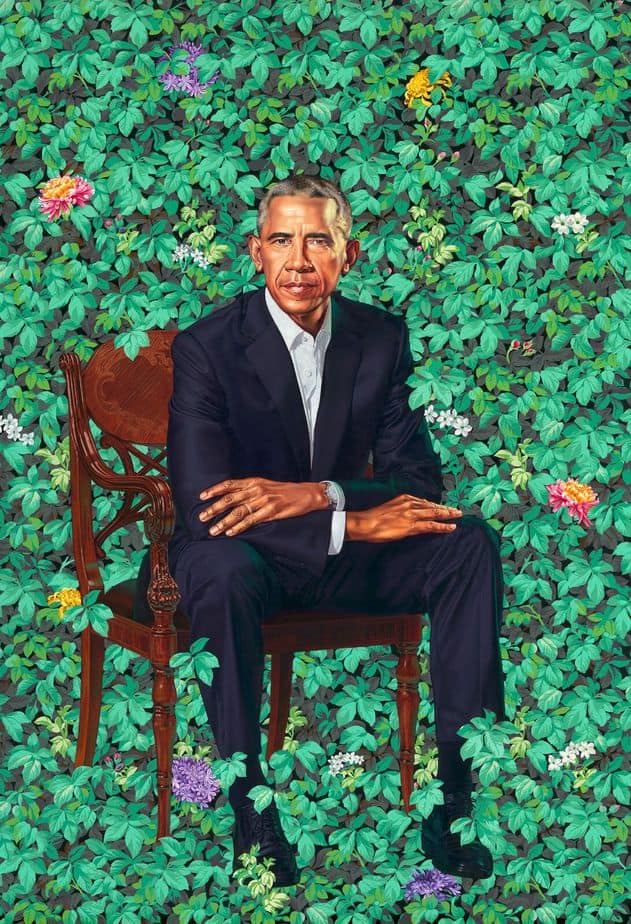 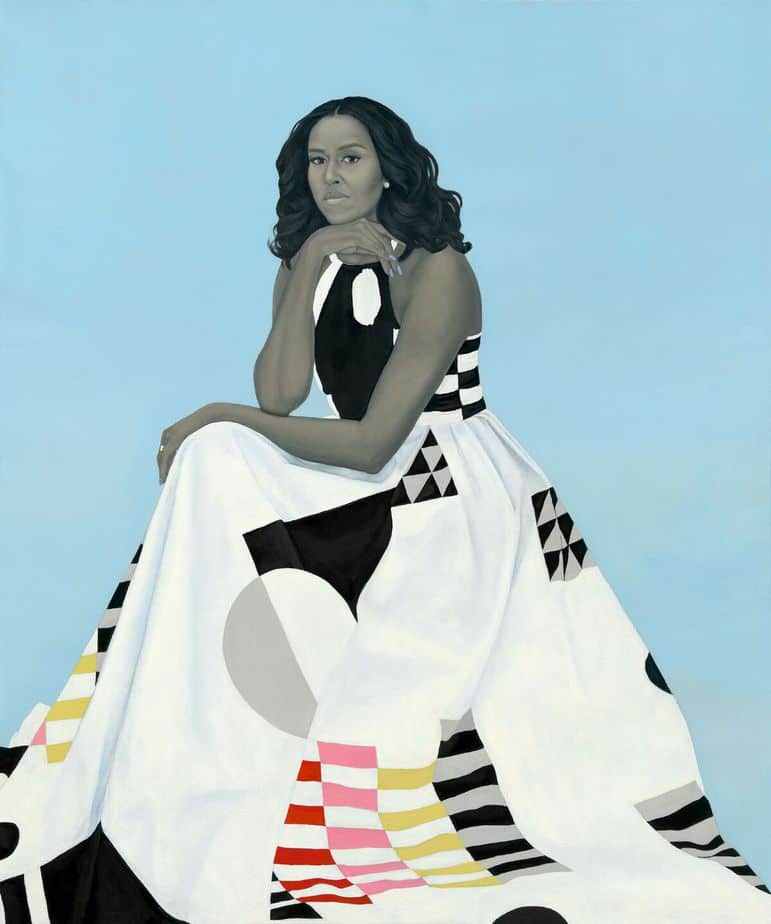