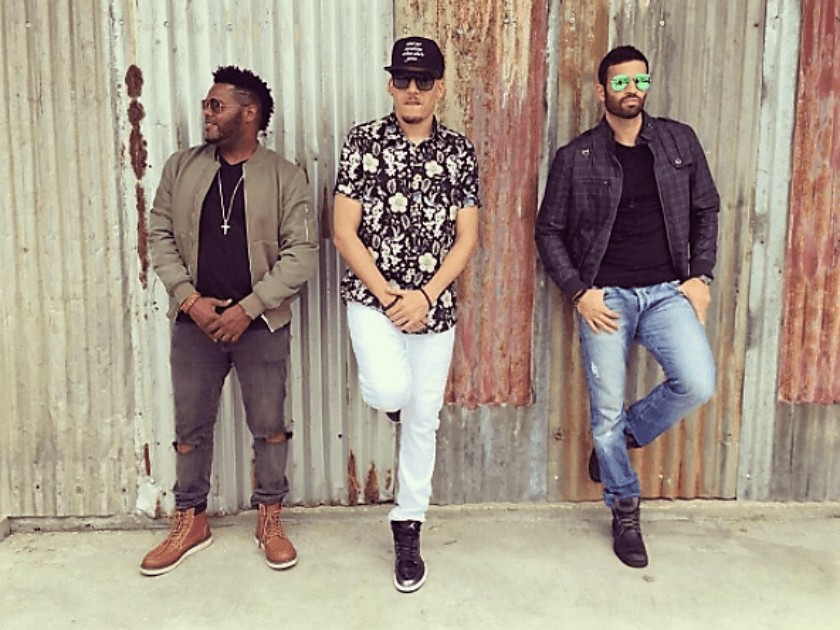 Music is the universal language in which both Troyton Rami and Rupee are fluent. Throughout their respective careers, these two students of sound have attained a plethora of accolades. Earlier this year, Rami — half of Black Shadow,  the Grammy award-winning production duo — teamed up with the esteemed Rupee to create the summer smash, “Tipsy.”  To emphasize their creative dexterity, the single’s welcomed remix,  “Drunk Off You” was released to an appreciative public.

Following Rupee’s sonic sabbatical, his return to the booth has been celebrated by an ever-growing group of supporters. An ingrained respect from their peers,  coupled with a desire to continue sharing their gifts, has thrust these musicians past good and toward greatness. These are a few of the the principles upon which longevity is erected.

Whether rooted in Reggae or Soca, it’s that robust global-gumbo timbre that world reveres.  When Quiet Lunch caught up with Troyton and Rupee, everything from their thoughts on collaborating together, to the difference between other musical genres appreciating and appropriating a Caribbean sound was discussed.

Quiet Lunch: Given that you’ve invested your life into your art, in what way, if any, does “Tipsy” reinforce your voice as an artist / producer; how did the original and the remix come about?

Troyton: With the original, from the Carnival of Soca to the Gully of Jamaica, I  wanted a song that could cross all Caribbean music together.  I wanted to blend the vibe between both cultures and dash a little of the American flavor on top of it. Pretty much, that’s how the original came about. When you listen to it, you will hear Rupee’s good vibration of Soca melody and feel the vibe of my Jamaican inspiration.

Put that together and you have something great, something phenomenal, something that’s different for the world to love!  The remix, we had this great song and Ultra Music wanted to push further. So, Marc and I sat down and we created the ultimate remix, “Drunk Off You.”

Rupee: “Tipsy” most certainly reinforces my voice as an artist. I’m fortunate and blessed to have a large female fanbase and I always remain cognizant of that. Therefore, it is imperative that I continue to make music that they can relate to and appreciate — a music that is inspired by them. I make music that is sexy and sensual without ever crossing the line and being disrespectful towards them. To name a few, “Tempted To Touch,” “One on One,” “Magnet to Steel,” “If I Can’t Have You” – these types of tunes have always been vibes that I have been known for.

Quiet Lunch: If music is the universal language, how does your music stay connected to its Caribbean roots while evoking a worldly appeal?

Troyton: It stays because it’s my culture. From the beginning and [throughout] the creation of our music we embrace our culture. We keep the culture by using a mixture of Caribbean drums and loops. We maintain the vision and look forward to the world accepting it.

Rupee: Again, I have always been one known to experiment and push the envelope. As with my base, Soca; I mix EDM, Pop, Dancehall, and Rock.  Therefore, in my writing-process, making music that whets global appetites is something that has always been intrinsically done.

I have lived in Europe, England, the Caribbean and have traveled the world extensively; thus, being exposed to many musical genres and cultural styles.  Writing with a universal pen is a natural part of who I am and my life experiences. Besides, essentially every genre of music right now is heavily laden with Caribbean musical elements. So, it’s even easier to give my music world appeal. Sheeran’s “Shape of You,” Omarion’s “Distance,” Drake’s many hits, [French Montana’s] “Unforgettable” —  it’s a long, long list! [chuckles]

Quiet Lunch: Ha! That’s the perfect segue into the next question. Recently, to add spice to various tracks, an influx of artists have commandeered a Caribbean sound. In your opinion, regarding the music, when does it go from paying homage to it becoming a faux replica of actual Caribbean music?

Troyton: In my words, I think a lot of artists love Caribbean music. They probably go on vacation and listen to it. Perhaps, in their minds, one day perhaps they wanted to do a song like this or [do] many songs like this. It’s just about finding the right timing to do it; and I think right now is the time. Drake and Rihanna — much respect to both of them — have opened up a door for all artists that wanted to do it but never found the right timing.

Rupee: [Laughs] I don’t see the issue. In the Caribbean, there are tons of brilliant Jazz musicians, Rock acts, Alternative, Blues, R&B. Are they to all stop singing those genres of music because those genres of music aren’t necessarily indigenous to our culture? Hell no!  I think there is no greater time in the world than right now to take advantage of the fact that most of the hits at the top of the world charts have heavy Caribbean influences; seize the opportunity!

I think it’s great. It brings nothing but attention to our sound and the chance for us to show them how it’s really done! Seriously though, it’s not like they aren’t paying homage. Drake constantly puts JA, “Unruly,” and Popcaan in the spotlight. DJ Khaled does Mavado. The Ed Sheeran/Krannium remix is dope — Rock City, Party Next Door — brilliant writers and producers who are killing it and getting respect. Stop complaining and capitalize!

Quiet Lunch: Troyton, people like Bobby Digital, Stephen “The Genius,” Anju Blacks, Mr. Roy Francis, Calibuds, Specialist, Baseca, Jam 2, King Jimmy, and Clive Chin are world-renowned beatsmiths. Going from “The Buzz,” to “Tipsy,” how have you evolved as a producer and how is this growth demonstrated in your music?

Troyton: As a producer, you never stop learning. The music is changing over and over.  I’m always looking for new sounds and new ways to innovate myself and my team. When I did “The Buzz” with “Gimme The Light” at that time, we were using A-Dots. Now, “Tipsy” is an electronic beat made on Fruity Loops. It feels really great to be able to work on a laptop and make world-renowned music for people to enjoy.

Quiet Lunch: Rupee, your work-ethic and artistic output has been reflected in both professional and financial success. As a man, how do you define success; are you successful?

Rupee: I’m alive, I have two feet, hands, eyes, ears, a voice. I have two beautiful children with their absolutely incredible mother. Little ideas that started in my head in a small room in Barbados, have manifested into songs and spread all across the world. And in turn, for the better, they have positively impacted people’s lives.

Whether it be a memorable moment at a carnival, relieving somebody’s stress, work out in the gym, or lifting somebody out of depression, I have been blessed to have made music that has elevated people’s emotions and their conscience for the better — encapsulating love — genuinely and honestly. That is success to me. It is defined by how you made people feel while you were here on this earth.