Many of us taint love with expectations. It may seem daunting—or even outright foolish—but to love someone is to expect NOTHING in return. That’s right. You give your love and expect nothing in return.

Why am I blathering about love? Last week I read an article on Medium by Stefan Schumacher titled, “It’s Finally Time to Stop Caring About Lauryn Hill: I Used to Love Her. I Don’t Anymore” and after reading it, I felt compelled to correct his definition of love and challenge whether or not he ever truly loved Lauryn Hill in the first place.

It Could All Be So Simple… 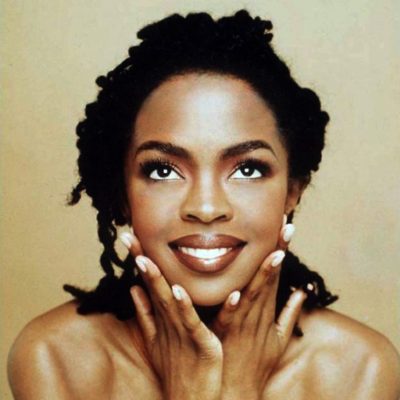 Schumacher started his piece in a typically nostalgic fashion, citing the first time he heard The Miseducation of Lauryn Hill. Then he quickly went from forlorn fan to judgmental jackal in a matter of sentences. While he cleverly went out of his way to validate his article with references to D’Angelo and J.D. Salinger, Schumacher forgot one thing: Lauryn Hill doesn’t owe us anything.

Now, before I go on, I would like to state that I began writing this article before seeing Talib Kweli’s response to the Schumacher piece. Nonetheless, I certainly found some validation of my own when I learned of Kweli’s similar choice of words. But back to Schumacher and his misguided critique of Lauryn Hill’s career.

Much like Dave Chappelle, Lauryn Hill experienced the heights of her career and quickly realized that she was in the depths of her own despair. These epiphanies didn’t come through their own sabotage—it rode in on the backs of the beasts that was their success.

Success is usually a good thing. Then again, when your success is being commodified to the point of exploitation, being good at what you do can quickly put you in a bad situation. Somewhere down the line, their creative process became tainted; marionetted by outside forces that could care less about conserving its essence. Chappelle and Hill checked out in order to preserve their art, and more importantly, their sanity.

But unlike Chappelle (who finds himself in a better place with his fans after his act of self preservation), Hill has yet to shake all of her faux fans.

But You’d Rather Make It Hard… 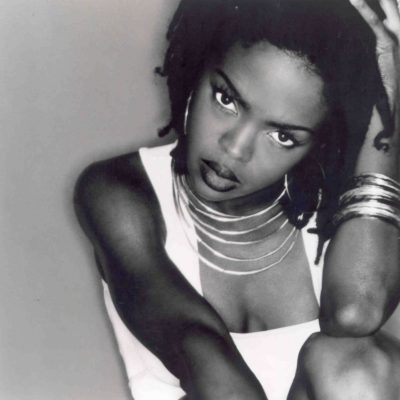 Show business is just that, a business. It has two main components, the seller (the music industry) and the buyer (the fans). The creative (Lauryn Hill) fits in where they can but there can be clashes that results in the creative becoming frustrated and wanting no place in the seller/buyer equation.

How does this relate to Schumacher and his article? Schumacher is a buyer. His article was written from a consumerist point of view, not from the point of view of someone who is truly concerned about Lauryn’s artistry. In business, the customer is always right. But when it comes to art, that adage rarely ever holds up.

Why? Because art and business are like oil and vinegar, they go together but they never really mix. Business is rather simple: sell and do whatever it takes to sell more. With the creative, it isn’t that simple. There are some creatives who crave the spotlight and will gladly adjust to that spotlight. Then you have creatives who rather step in and out of the spotlight on their own accord.

If you know art, if you know what it is to create something and what it takes to keep full ownership of your creative process, there is no way you can wholeheartedly agree with what Schumacher wrote. You see, at the end of the day, Lauryn Hill needs to create for no one but herself—and we’re lucky if we even catch a drop of nectar from the fruit of her creative labor. Besides, Hill is on record stating that her creative process was being negatively affected. If she allowed her process to suffer then how would she be able to conjure up those wonderful songs we love so much?

Schumacher completely ignored all of this in his article. Instead, he scribed an ungrateful analysis of an artist who managed to give us her all while still keeping a tiny bit for herself.

This self preservation doesn’t sit well with Schumacher. He wants all of Lauryn Hill… even if the conduit through which that process occurs eventually kills her mind, body and soul.

No Mystery to This Inequity.

For a second, Schumacher had me fooled. I truly believed he was interested in taking an honest look at Hill’s career and shedding some light on her seemingly tumultuous relationship with her “fans” and her craft. But then after a few red flags, I began to outright disagree with everything he wrote. The final straw came when Schumacher referred to her MTV Unplugged performance; and his dismissal of the live album that followed.

“What was with that strange acoustic set she did for MTV back in… whenever that was, 2002?”

– Stefan Schumacher | It’s Finally Time to Stop Caring About Lauryn Hill: I used to love her. I don’t anymore.

It wasn’t strange. MTV Unplugged No. 2.0 is one of the most honest albums of our young century. Hill could have easily performed hits from Miseducation but instead she bared her insides and gave a glaring portrait of someone who was desperately attempting to gather the pieces of herself that became lost in her own success.

MTV Unplugged No. 2.0 is the litmus test for any true Lauryn Hill fan. Anyone can love  Miseducation, anyone can love Lauryn Hill while she is wearing all white and singing about ‘tortured love’ in an all white room. But when she reintroduced herself on July 21st 2001, wearing a baseball cap and singing raspily about liberation and self-discovery while strumming an acoustic guitar, your acceptance of her indicated whether you really loved her for her.

She literally told us that the “good fortune” she was experiencing was anything but all good. She revealed her fears of failure and rejection. She attempted to reveal what goes on the behind the curtain–even going as far as to reference a family trip to Disney World where she, along with her husband and her kids, discovered that things weren’t all that they seemed.

She reintroduced herself, not as the newly crowned Queen of R&B/Neo-Soul, but as that nervous, talented little girl from Jersey who nearly got booed off stage before winning over the crowd at The Apollo. She was experiencing a much needed rebirth and she wanted to inspire us all to do the same. She put herself out there and when people like Schumacher called her offering “strange,” she borrowed further into exile.

Funny, if Schumacher would really take the time to listen to the MTV Unplugged performance, he would realized that he fell in love with what Hill was running from. Maybe listening to the album would allow him to steer his analytical prowess in a more fruitful direction.

Let Your Belly Out. 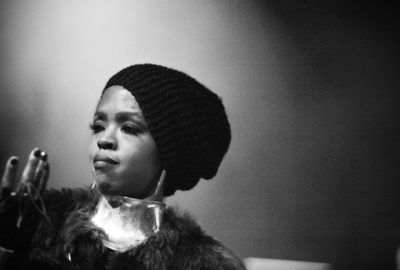 The Lauryn Hill that Schumacher fell in love with was a sham. That wasn’t the real Lauryn Hill. It was close, but it wasn’t authentic.

“I know that I’m up here and you see, Lauryn Hill, you came to see Lauryn Hill. But this is the first time y’all meet me. You see what I’m saying? Don’t think you met me before, ok. And as I grow, you’re going to meet me a little bit more. You’re gonna be exposed to the real me a little bit more. I can tell you I had to reintroduce myself to everybody I know. My mother my father. Listen, y’all never knew me. I want to introduce you to me. I’m just getting to know me. And you know what, anything that’s not growin’ is dead, so we better be changing…

You know, people would say to me—they would hold me hostage—seriously, emotionally hostage, and they’d say, ‘Uh, she’s changing…’

I’m changing, because that’s a natural part of life. We’re all supposed to change. Who wakes up and is the same way tomorrow and the day after that? Nobody is.”

Maybe Lauryn Hill would be better off if she went the Cobain route. You know, offed herself while she was still in or near her prime further romanticizing the proverbial wringer that the music industry and its fans is capable of putting their beloved artists through.

If Hill joined the 27 Club, we would’ve lauded her potential and remembered her in all her so called glory–completely ignoring, and forgetting, the fact that she was secretly miserable. Maybe then we’d “love” her more.

But Lauryn Hill never joined the club. She didn’t perish whilst trying to maintain underneath the hot spotlight of superstardom. She survived and is still surviving before our very eyes. With all due respect to Cobain, Hendrix, Joplin, Morrison and Winehouse, Lauryn Hill is attempting to rescue her artistry without becoming a pop culture martyr. Her attempt has allowed us to witness the tragic and ultimately triumphant journey of self-actualization.

While Schumacher’s love may, in some twisted way, demand blood in the absence of hit records, my love requires nothing more than what Hill is willing to give. In fact, my love for Lauryn Hill isn’t based on what she can give me, but what she has already given me.

Allow me to do some reflecting of my own.

My love for Lauryn Hill began before Miseducation. There I was, 11 years old, vacationing with my father in Grenada with nothing to do but go to the beach and listen to a bootleg copy of The Score. I listened to that tape until it popped. Although Clef attracted my attention, Hill’s voice was rich with dynamic. Plus she was versatile, possessing the ability to sing just as well as she rapped. She also provided a meaningful contrast to the oversexed personas of Lil’ Kim and Foxy Brown who were both very popular at the time.

I loved Lauryn Hill not because 1998 was her year.

I loved Lauryn Hill because she turned away from what everyone expected of her when it didn’t live up to her true potential. She inspired me to be me—even when others found it to be strange.

I loved Lauryn Hill because she let me know that I’m required to add a “motherfucker” so that these “ignant niggas” hear me.

I loved Lauryn Hill because her voice cracked plenty of times during that MTV Unplugged performance and she didn’t skip a beat.

Schumacher, you claimed that you “used to love her.” But if that is your definition of love, then many would agree when I determine that you never loved Lauryn Hill to begin with.

I still love Lauryn Hill… and even if she never sang another note or spat another bar, I always will.