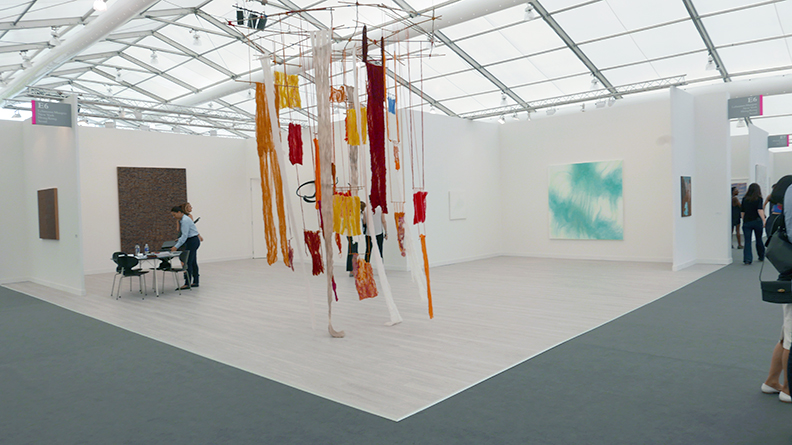 One arrives at the North or South entrance to FRIEZE, and once past security has the immediate sensation of light-soaked space in airy white tents, where walls sparely installed with wonderful artworks are high planes that seem to stand without support. While this spacial euphoria may be lost fairly quickly when one begins to circumambulate the color-coded divisions of the fair and dives into the atmosphere created by each gallery and the wealth of featured artists work, a pleasant feeling of spaciousness pervades the whole experience.

There were a tremendous number of fine works displayed this year at the FRIEZE New York edition which began as a philanthropic enterprise and has become a sales dynamo; most of the major galleries were there. A section of the fair called ‘Spotlight’ is where single artists whose work merits deeper engagement were found, among them the California conceptualist Paul Kos, colorist-formalist Merril Wagner, Keiji Oematsu’s sculpture and drawings, Mestre Didi totemic objects, early computer art by Vera Molnar, Barbara Bloom’s sleek furniture-concept works, Mira Schor’s mural size penile paintings, and For Your Infotainment/Hudson and Feature Inc. a tribute curated by Matthew Higgs, to Hudson founder of Feature Inc., who first exhibited many notable artists and who ran his gallery by a direct and intuitive approach, unlike the corporate model so prevalent today.


The Art Fair phenomenon has put into question the viability of galleries and alternative spaces, and while the organizers of international art fairs claim that galleries from around the world can exhibit the work of many artists together and that this makes it “easier” for collectors to purchase work and exhibitors to reach an international audience, it is also homogenizing and dehumanizing, like having large corporate chains supply our needs rather than smaller organizations and little stores. This kind of wholesale treatment of art is very expensive for participating exhibitors who must be accepted by the fair organizers and their financial requirements. Recent Pulitzer Prize-winning critic Jerry Salz feels strongly about the art fair situation and provides valuable detail and a radical reply, in A Modest Proposal: Break the Art Fair. Will the artist have to go underground as Duchamp advised in the 60s so long ago, and if so how will they engage or not, with the demands of today’s invasive social media-soaked environment? Perhaps something about borders and their permeability is in play, those that can and cannot be seen… 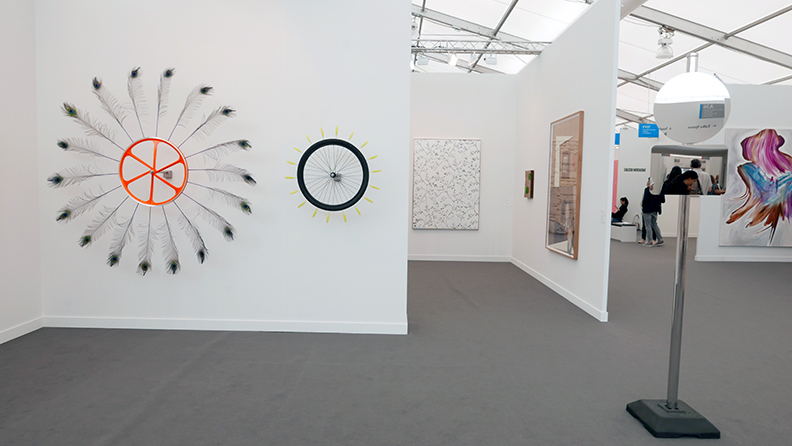 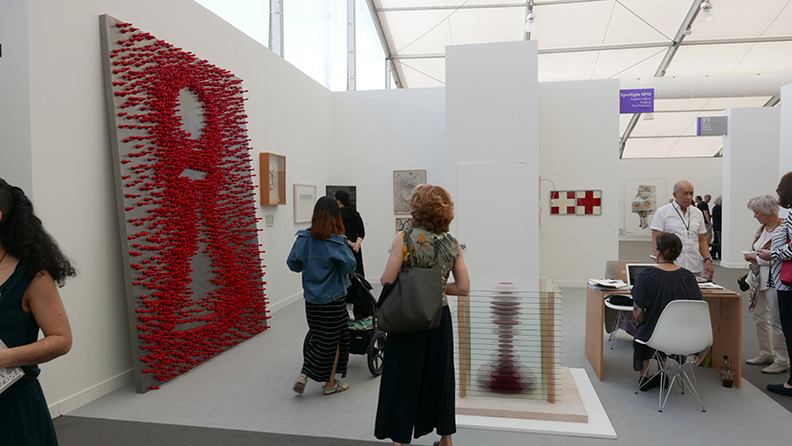 Paul Kos in the Spotlight Section 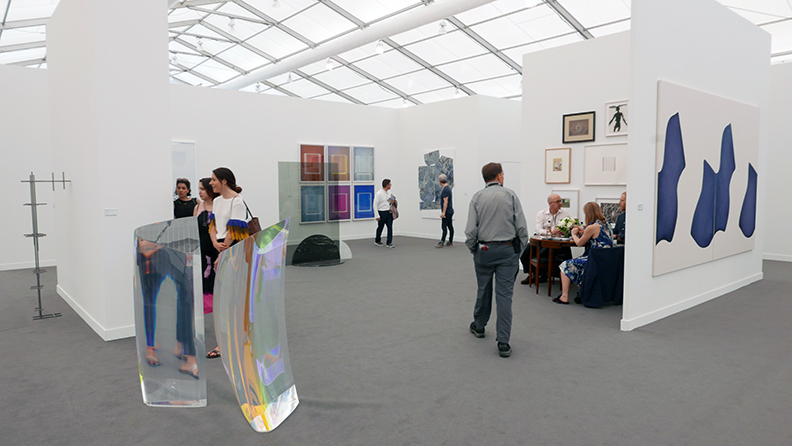 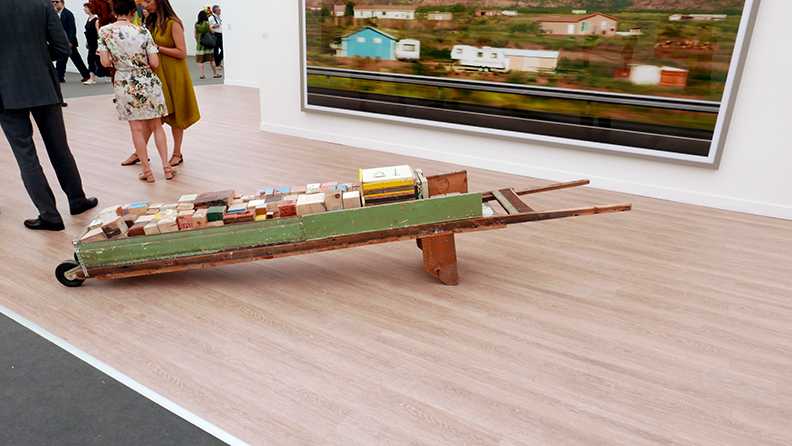 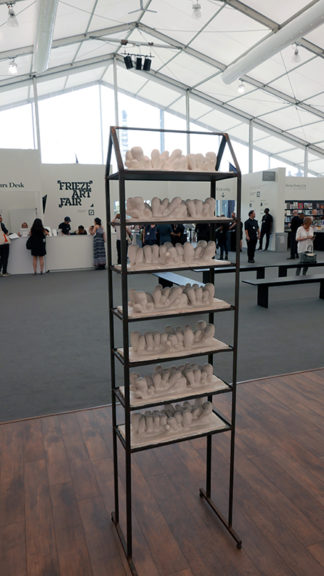 A work by Louise Bourgeois, at Frieze New York.