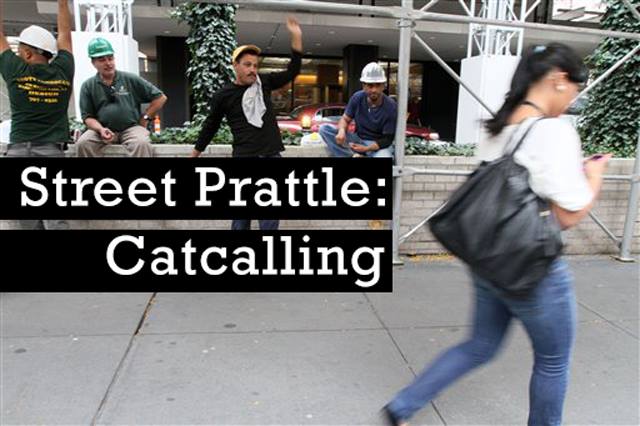 The summer is near its end and there are still a few lonely fellas out there who have yet to meet their summer love. This bout of seasonal loneliness can be attributed to many things, poor personal hygiene, a bad case of the ugly or, the most common culprit, a poor approach–after all, a simple shower can wipe out the funk and a nice rugged beard can cover up the ugly, but the approach is key.

Even with a plan, when a man is approaching a woman that he finds attractive, he must make a blind leap of faith that can either end in amorous bliss or gut wrenching rejection. Some men adopt their own fundamental approach tailoring it according to the woman that they are pursuing and their surroundings–which seems like the smart thing to do. But then they are those less tactful men who skip the formalities and go for the jugular, especially in public.

In another fresh edition Street Prattle, correspondent Jamieson Hill hits Central Park to ask women about those men who go straight for the jugular with catcalls, public harassment and other sexually aggressive behavior. He also gets the scoop on how a man should approach a woman in public.