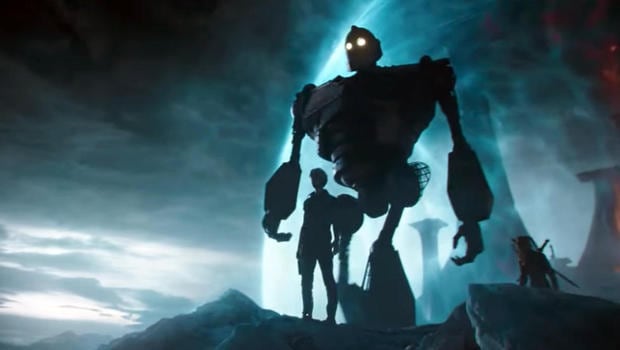 As you can tell from my reviews for Pacific Rim: Uprising and A Wrinkle In Time, films which use nostalgia or adaptations of popular kid’s books can be a double-edged sword. On one hand, you have the happy thoughts and all of the warmth that comes along with a trip down memory lane. On the other, you have the realization that sometimes the past should stay in the past.

Ready Player One proves that nostalgia can be channeled for something amazing. While it has some faults, director Steven Spielberg has another blockbuster hit under his belt and fans of the book finally get to see the Oasis on the big screen. The film deviates quite a bit from the book, but for all the right reasons. I wanted to take my time to spotlight what works for the film (and a few points which I feel fell flat), so let’s jump right in.

Anorak, the Keeper of Keys

Look, Spielberg at this point can retire and still boast a body of work that any and all directors should aspire to achieve. When it was announced that he was helming the film adaptation of Ready Player One, most people (including myself) loved the idea. Spielberg has built an empire crafting movies that are built around nostalgia and “coming of age” stories. The only question was what will he bring to the table in adapting a book that is already seven years old?

Well, he brought along the author of the book, for one. Ernest Cline had what every author hopes to have after publishing a highly popular book: a reset. While the book itself was engaging, most of the actual challenges Wade Watts faces would be pretty boring to see on the big screen. Having to act as Matthew Broderick’s character in the movie WarGames (1989, dir. John Badham)? I loved the idea of such a thing, but in no way did I really look forward to seeing it. What Cline and Spielberg settle for is a complete retooling of the challenges Wade faces. Instead of Wade finding the first clue on the planet where he attends school, the first challenge is a white-knuckle race. This streamlining even leads to a complete change of the second and last challenges. I’ll say this: as soon as The Shining (1980, dir. Stanley Kubrick) came on as the second challenge and that classic Berlioz “Dream of Witches Sabbath” started to play, I literally had a hot flash. A few people in the theater audibly gasped. The Shining is not only one of my favorite horror films of all time, I completely did not expect it (and the trailers wisely left this out of the reveal).

Visually, The Shining challenge and the aforementioned race across a busy cityscape (which I believe was modeled after the 1987 gem Robocop), were visually amazing. Spielberg shows that he still knows how to throw on an action sequence or two. It’s CGI heavy, of course, but it makes sense. The Oasis is a virtual world that is populated by these avatars who are fighting to “get shit” and beat Halliday’s challenges. I did get a few Avatar feels every now and again- that is, spending more time with this CGI character than the actual actor which causes a bit a disconnect. But all in all, Spielberg and his team made sure to update as much of the Oasis as possible (Minecraft World FTW) but in ways that kept the story relevant and fun. 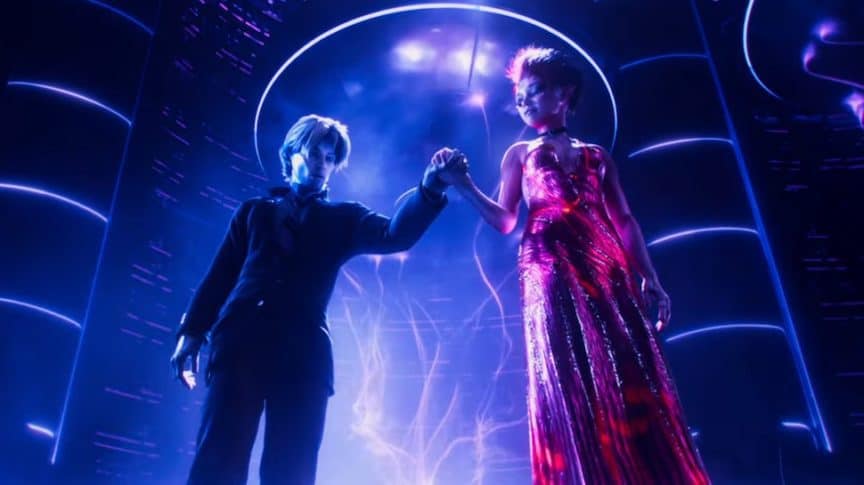 For a movie that is based on 80’s pop culture, the use of songs from the time period (note: I’m making it sound alien for some reason even though I was born back then) is chosen wisely. Rush, Depeche Mode, Duran Duran. Even Twisted Sister’s “We’re Not Gonna to Take It” made it into the last battle.

I will say this, it was reported that John Williams was supposed to score the film’s official soundtrack. While this would have been amazing, Alan Silvestri holds his own. There are a few great pieces, including my personal favorite “Last Chance” which is a big, boastful piece of music which mixes a bit of Hans Zimmer with Tron synthesizers. There are a few lackluster duds on the entire composition (namely I feel that the theme should be far grander in scope), but it’s otherwise a good score.

How many familiar faces can you count?

Ready Player One isn’t a flawless film. Again, the balance that the book rode– between the real world and the Oasis– is nonexistent. And this is a shame. The largest debate stemming from the book is whether the Oasis was a utopia or dystopia. The real world Wade lives in is economically bankrupt, socially disconnected, and crippled by wars (“wars” we have no context for). So did Halladay create a second dystopia to have us forget about the one his protagonist already lived in? Should the Oasis be saved at all or should people start facing their real-world problem? Halladay, in the books, immersed himself in 80’s culture to the detriment of the present day life he lived. He alienated everyone around him and, eventually, died with nothing but his virtual memory embedded in the Oasis itself. The movie doesn’t even glance at this. The Oasis, for all intents and purposes, is a wonderland that should continue to thrive.

The movie also fails to give Wade some layers. In the books, we follow Wade as he goes to school, which is also in the Oasis. After finding the first key, we see Wade struggle with a double life. Outside of the Oasis, he has to deal with his shrieking aunt and average upbringing. But in the Oasis, he starts to become a legend. We get a very brief example of this in the film, but not enough to make Wade more than just your average YA protagonist.

I must say that the one thing missing from the film’s portrayal of Wade, and one that I was happy failed to make the adaptation, was his (creepy?) relationship with Art3mis, In the books, Wade is pretty much every net-stalker you know and at times comes across as semi-delusional in his connection. It isn’t until the very end that he and Art3mis meet in real life.

Ready Player One is a film that needs to be rewatched to catch all of the easter eggs, references, and allusions. It has a great pace and is littered with some great visuals (someone greenlights a Gundam v. Godzilla movie, please and thank you). It’s a film that has cemented another hit in Spielberg’s library and one that is the Hollywood equivalent of a cultural time capsule exploding on screen. It’s fun and worth every quarter.