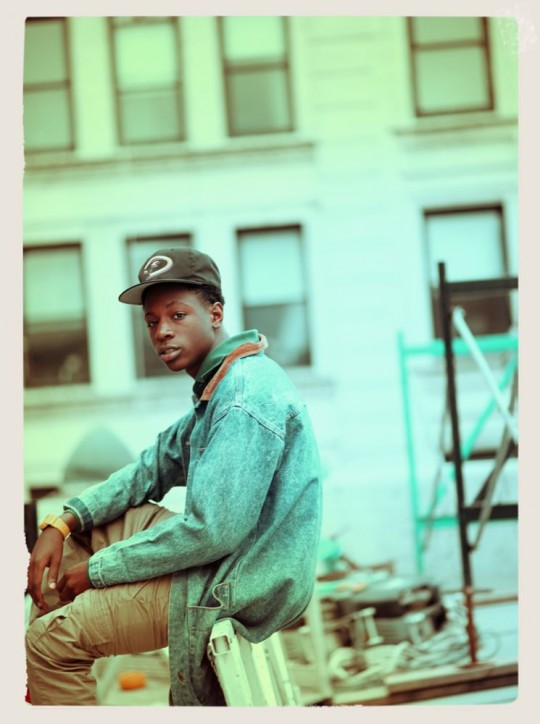 There’s a violent storm of raw lyricism brewing in rap’s younger generation. We’ve seen it before — somewhere around 94′ — but back then it was perceived as common atmosphere. Those basking in its ambiance and molding its dynamics were never truly aware that it would come to an end. They knew nothing of the nuclear winter that would follow the atom bomb that was “Shiny Suit Rap”.

Driven underground, the lyrical titans of yesteryear would prove to never truly become acclimated to harsh hyper-materialistic weather that swirled up above. But children of those titans were a different story.

Retaining the dexterity of their ancestors and effectively evaluating the weaknesses of the current regime, the sons and daughters of these titans were able to run free through the musical circus — eventually cutting the support ropes and bringing down the whole tent. 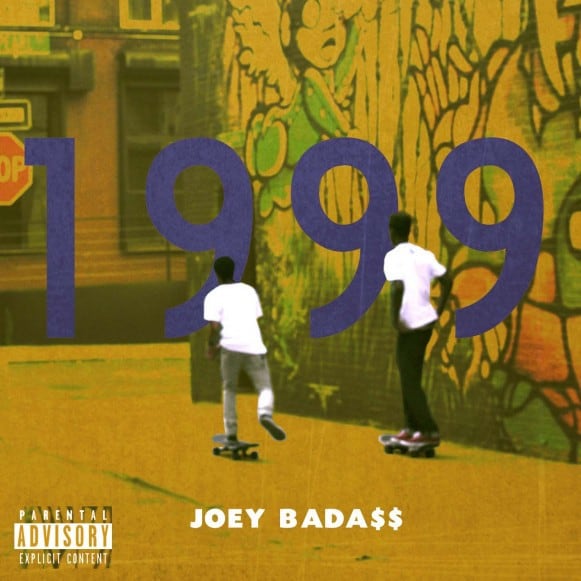 17 year-old Brooklyn rhyme slayer Joey Bada$$ is the prince of an post-materialistic aftermath. In fact, he’s one of many old soul youngsters who have somehow found what we lost sight of over the last decade; the music.

“This that Top Ramen you ain’t used to…”

Everyone and their mothers are talking about the newcomer. We’ve been listening to the mixtape for sometime but were enthralled with the neo-purist that we forgot our publication responsibilities. Bada$$, whose name stylization already brings back memories, is being heralded as the second coming of Nas. Could it be? Could it be that the heavens sends us a Nas every 20 years?

We wouldn’t necessarily go that far but we will say that the kid is fucking nice. His mixtape 1999 is busting a nut in every hip-hop head’s ear, leaving them impregnated with sheer joy. Bad visuals but you get what we mean. 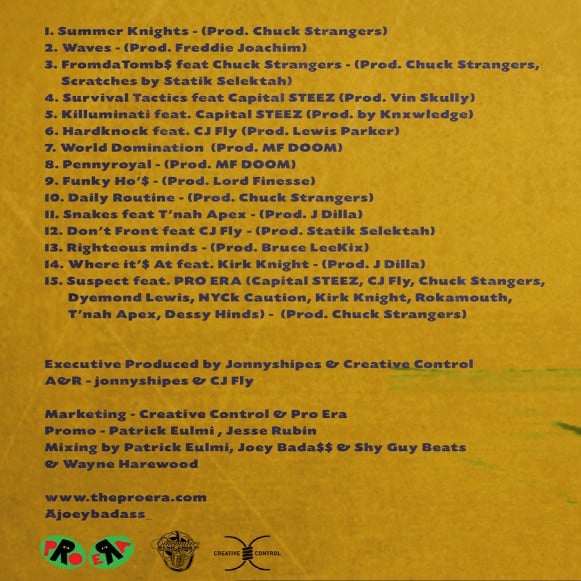 Laced with some classic beats that have been re-polished with some awesome mixing, Joey proceeds to go animal on every track. “Summer Knights” gets things off to a proud start with tunes like “FromDaTomb$” (Feat. Chuck Strangers) and “Killuminati” (Feat. Capital STEEZ) letting his audience know that there will be no lulls during this project, only hard-nosed bars, poisonous flows and jaw breaking metaphors.

Part of a collective of rappers, musicians, designers and artists called Pro Era, Joey is helping to revitalize the kid in hip-hop that died when it first saw a Bentley. He’s not flashing bottles of Pro Era vodka in his videos and he isn’t claiming to have seen Brand Nubian in concert.  1999 is an automatically play-all; no song skips needed. When you can literally listen to a mixtape — and nothing else! — for a week and a half straight, you know it’s something special.