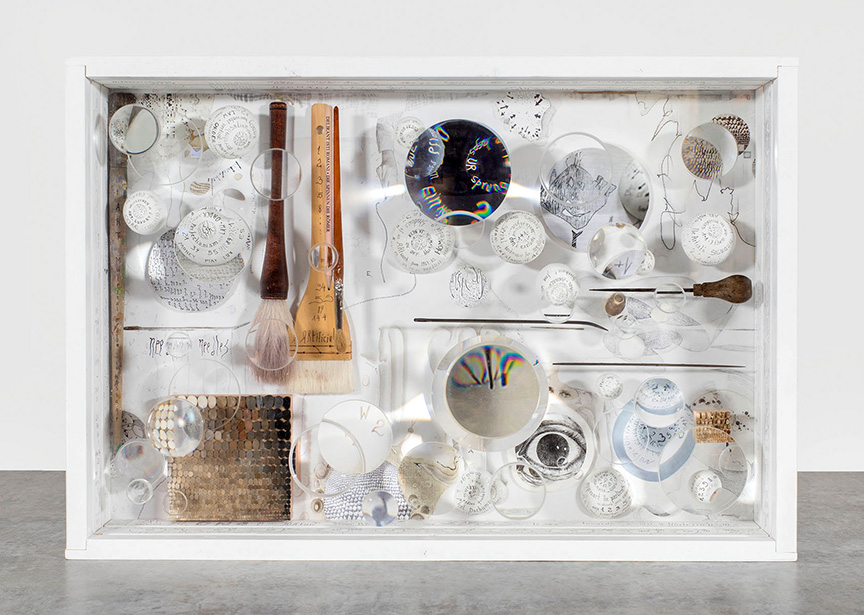 Mary Bauermeister, live in peace or leave the galaxy is at the Michael Rosenfeld Gallery from 5 April – 8 June, 2019. This exhibition marks the beginning of the artist’s official representation by the gallery and the show highlights Bauermeister’s use of text in diverse materials including linen cloth, gesso, ink, straws, printed paper and the classic works that are boxes with lenses suspended in the interior spaces.  Bauermeister met in a meditation tent with a group of people decades ago in an attempt to contact extraterrestrial beings; it was felt that contact had been made and the message was “Live in peace or leave the galaxy.” 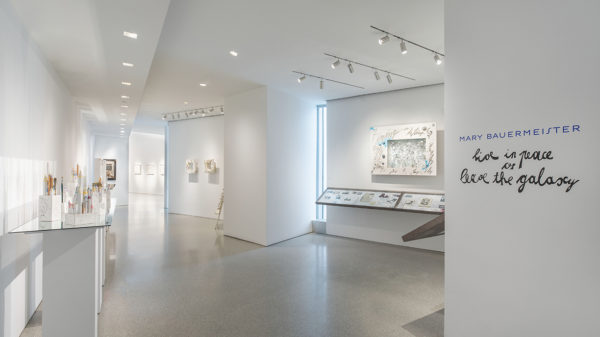 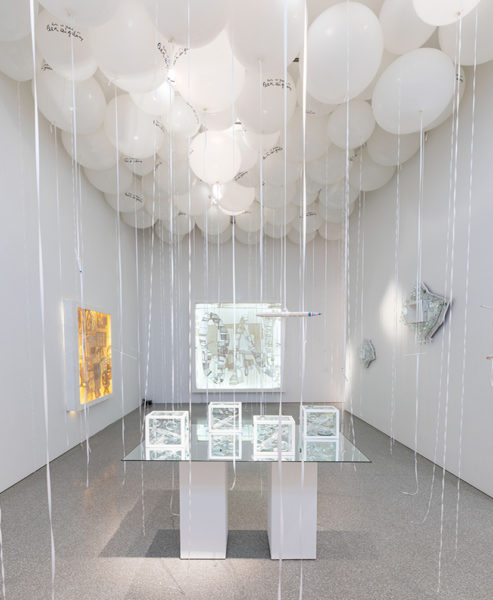 Mary Bauermeister who is German, moved to New York in the 60s when she was in her late 20s, and she and her work rapidly became known. Her work from the 60s to the present can be found sprinkled through major museums and collections around the world.  On the opening night the artist was present and the gallery’s main spaces were filled with inscribed white helium balloons attached to very long strings. Floating among them were delicately colored, hand painted and diversely shaped pencil-objects tied to some strings.  The pencil-object which is symbolic and the ones attached to balloons at the opening were being sold at a moderate price to benefit the Children’s Museum of Manhattan “a premier New York City institution, helping children thrive through programs in early childhood development, art and creativity, world cultures and health.” 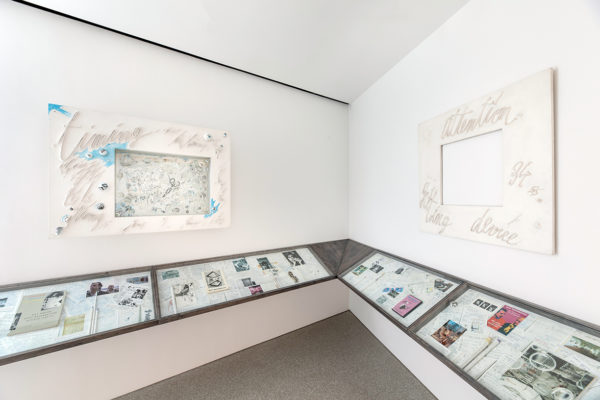 In an exceptionally thorough press release which can be seen on the gallery site it states: “…much of Bauermeister’s work depends on double meanings, puns and games created by such visual tricks. The phrases that appear throughout Bauermeister’s oeuvre are drawn from a wide range of sources that over the years have deeply informed and shaped the direction of her work. Bauermeister’s active studio practice are the colorful pencils that the artist began making in the late 1960s. The pencils are colored by hand and vary in length and width. As a group, they resemble whimsical and magical landscapes composed of mountains, trees or buildings. Taken individually, they are no longer useful tools with which to make art, they become the art themselves. Such a paradox fits in with Bauermeister’s penchant for humor, as well as her interest in reviving a “nostalgic memory of a predigital epoch” – the pencils, and her ubiquitous writings and drawings scrawled throughout her various constructions, are a reminder of the literary and art-making tools used before the rise of computers and other forms of digitization.” 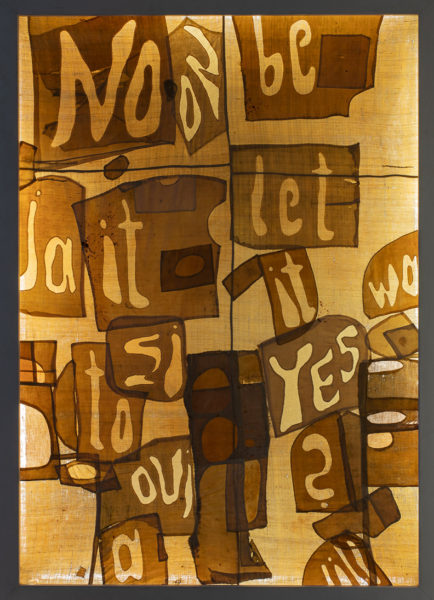 In a fascinating exchange on opening night, Mary B. said that while she was considered by some the mother of Fluxus, it was really Alison Knowles who was and that she [Mary] was the grandmother of Fluxus! An important artist, her son is giving a concert: Simon Stockhausen: A Workshop Concert, A Tribute My Mother Mary Bauermeister, Tuesday, May 21, 2019 at 7:15 PM at The Kitchen and she will probably be there !