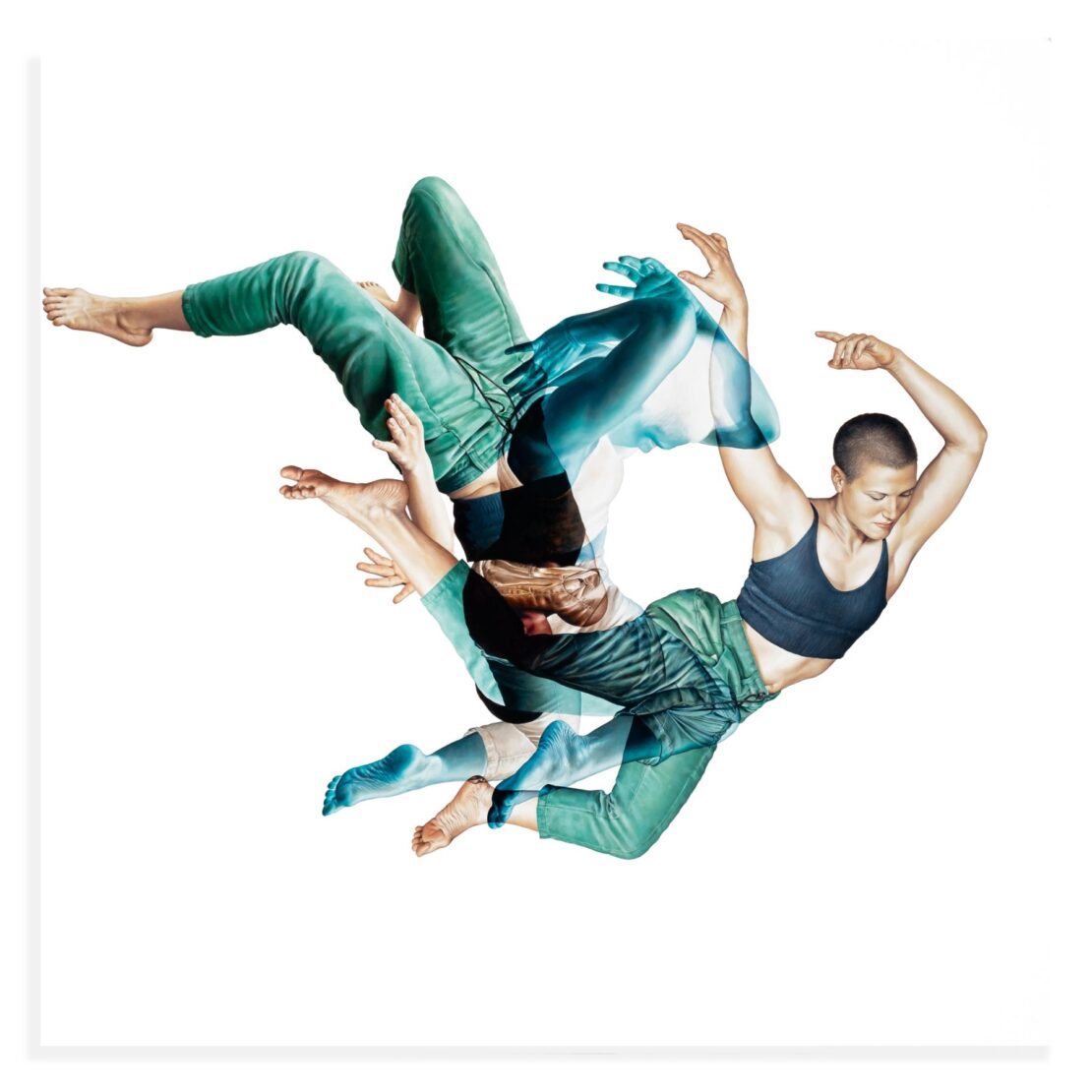 It was an early spring evening in Chelsea and I had the pleasure of barely making it to the opening reception of Leah Yerpe‘s current solo exhibition, Internal Wilderness, at Anna Zorina Gallery. I refer to “barely making it” as a pleasure because everyone had left so there was a sacred window in which one could take their time with the new body of work and even chat with Yerpe about the pieces.

You can’t make art without fuel. Time outside the studio to immerse in the mountains and forest–that’s fuel. Observing while my models improvise and create beautiful poses on their own–that’s fuel. It propels me through the hundreds of hours needed to create a single piece.

Opening receptions are fun but they pale in comparison to having an on site one-on-one with the artist or curator with the noise and constant breaks for photo ops–especially when you are already familiar with said artist or curator. Yerpe has been a friend of Quiet Lunch for some years. We featured her in book № 4 in 2017 where the late Lance De Los Reyes graced the cover. In fact, we last interviewed Yerpe right before the pandemic touched down and it was wonderful to see that her artistry survived and came out of it so brilliantly.

It is difficult to improve upon perfection but Yerpe does just that in her latest outing. Six years removed from 2016’s Levitation, Yerpe’s latest solo offering comes from a different place in which she is happy to revisit; and you can see it in the work. It is stronger. More knowing. More free. Even more nuanced. There is a comfort present that makes the exhibition approachable and memorable. Each piece, cradled by inviting maple frames, seems to tumble and fall off the walls with such forceful grace.

The work in this show feels like a return to my roots. I grew up in a very rural area surrounded by wildlife, and early on I developed a deep connection to the organic, twining forms in nature. I’ve been much more conscious of this influence that last couple years. I want to use the expressive ability of the human body, combined with the organic, abstract shapes I observe in nature. It’s the only way I know to express how I feel being a part of the natural world that is so beautiful, vast, mighty and fragile.

Internal Wilderness is currently on display at Anna Zorina Gallery until May 7th. If you are in the Chelsea area, do not hesitate to stop by.