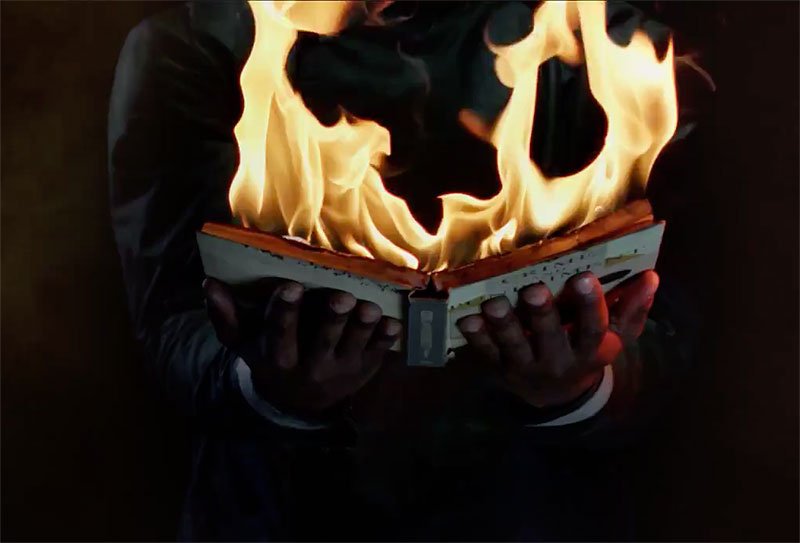 There was a moment during the HBO film adaptation of the Ray Bradbury classic Fahrenheit 451 that I audibly groaned. Up until that point, I had been enjoying seeing the establishment of this dystopia and the struggle of it’s characters come to grips with its oppressiveness. There was subtle social commentary sprinkled here and there, and I enjoyed connecting the dots. But the scene which broke this mystique, one which sported the quiet subtlety of someone trying to punt a bowling ball, was the first time the film tried a little too hard to be relevant. Much like watching your dad milly rocking, Fahrenheit goes out of its way to prove itself worthy of your attention. In the end, too much energy went into including Trump-isms and not enough time was invested in everything the film could have been doing right. 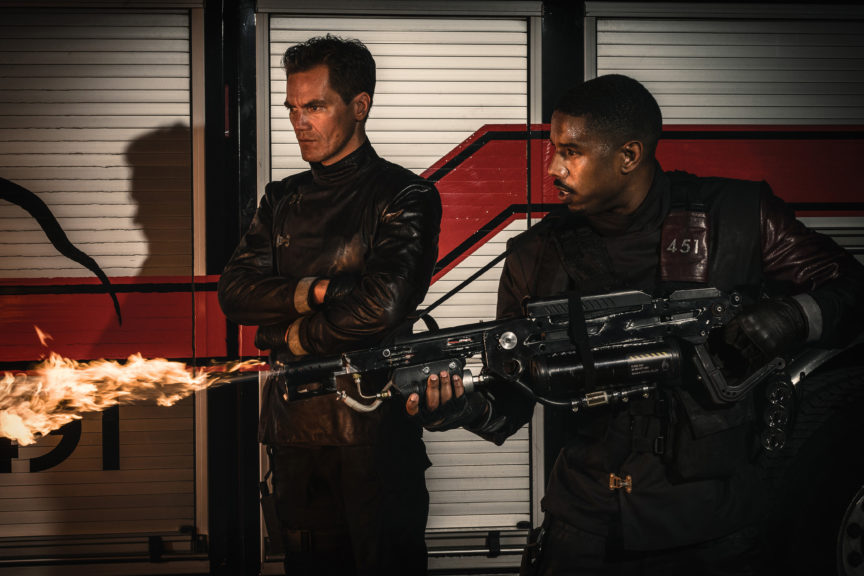 The Michael’s doing some bonding at the office.

First and foremost, the two leads and their character dynamics are the film’s anchors. Michael B. Jordan plays Guy Montag, a fireman of the Nine, a vast social network which connects everyone, and one that doubles as a societal construct which has outlawed books. Contrary to fireman of this reality, the Salamanders are the militant arm of the the all-seeing “powers that be”. More of a KGB unit than a civil service, the Salamander’s main goal is to destroy the Eels (short for “illegals”)- a group of rebels who are out to protect the books being burned by the evil state. Led by Captain Beatty (played expertly by Michael Shannon) who also serves as Montag’s mentor and surrogate father, our protagonist begins to question the society he has sworn his allegiance to and the lives he has ruined.

The whole structure of the original text has been re-purposed for the film, which leads to both boons and busts. The update allows for references to fake news, to border walls, and to making America better. We have live streams of book burnings for the world to leave smiley face and down votes for. We even have homes outfitted with Alexa-like hubs. So many allusions are crammed into the brisk hour and forty minute run of this film that every seam of the narrative threatens to burst under its weight.  In the book, Montag is a married man who is first challenged by the overdose of his sleeping pill addicted wife which sets into motion his growing conscience for the books he’s burning for the sake of “freedom”. This is all scrapped in this adaptation. In fact, most of the major beats are gone from the book (including a giant robot hound that was pretty terrifying in the original text). All that remains is a character study on Montag and Beatty. Luckily, both absolutely shine.

I am so high on both Jordan and Shannon right now, probably more than most. Jordan, hot off the heels of his portrayal of Killmonger in Black Panther (2018, dir. Ryan Coogler) seems right on the cusp of super stardom. Shannon is just consistently great in the films he picks up and I feel like he has a lot more range to show as his career progresses. Without the husband and wife dynamic, the two men serve as the crux of the entire film. When they share the screen, both Shannon and Jordan’s chemistry seemingly makes up for the plot duds and ham-fisted metaphors they have to carry. While the movie’s pace offers no favors, the rift that erupts between them is the only thing I cared about. 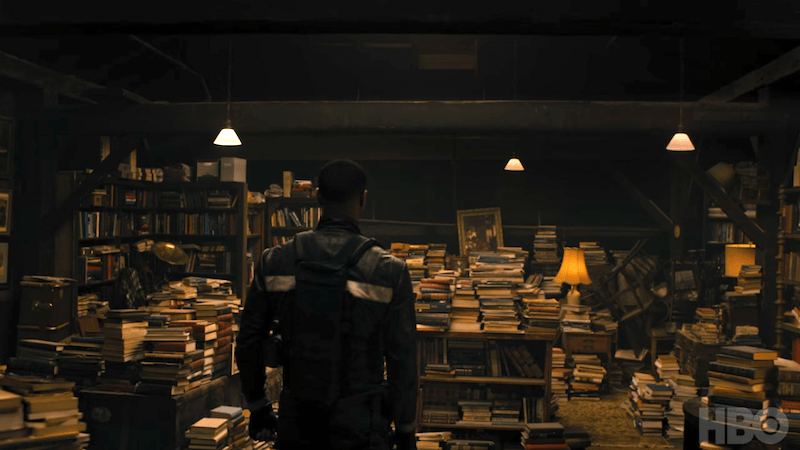 All the time in the world

Unfortunately, it’s not enough. As already mentioned, very little time is spent on anything at all. For a movie that claims to have a lot to say about technology, social media, privacy, and censorship, I felt that it mostly drifted into safe waters without daring to break the surface. There are moments where the plot grazes some deeper philosophical themes (namely when Beatty explains why certain books were outlawed), but refuses to go further. The synthetic eye drops to regulate memory, the fingerprint/identity wipe, the constant monitoring and social media projections- while all great additions to the original story, and visually Bladerunner-esque to some extent, they still ring hollow.

Again, the pacing of the film is its biggest flaw. Within five minutes of meeting Montag, he is already starting to question his own actions. A second civil war is brought up a few times but is left without resonating details. Ramin Bahrani, the film’s director, paints a beautiful looking dystopia, but it’s only a shell. Part of me feels that if this would have been given in a television show format, or possibly just a mini-series, I would have thoroughly enjoyed it. Given the space to properly develop the world and its characters, I honestly think that the Bradbury classic would have brought HBO the same kind of success The Man in the High Castle and The Handmaiden’s Tale have brought to its streaming counterpart.

Fahrenheit 451’s shortcomings are definitely a letdown. There is a meaningful discussion to be had regarding censorship and identity somewhere in Bahrani’s film. After watching it, I am more interested in talking about the themes lurking somewhere inside then actually recommending the film. Even the ending (which is a large departure from the original) would seem more impactful if the film properly laid the groundwork.

I think it’s safe to say that Fahrenheit 451 would have been a different film altogether if we were a country built around the popular vote. It’s a movie that’s attempting to be so important that it doesn’t allow its characters to build their own importance. I feel like there are a few classic books that are absolutely worth a revisit if only just to brush us up on what some our famous dystopian fortune tellers were warning us about. A little Fahrenheit, a bit of 1984. Hell, maybe even Animal Farm. But I think we should also be careful. Just like when the Captain Beatty of the film begins to spout actual lines from the Bradbury source material (in of itself, a paradoxical event), words have meaning. A higher power attempting to control and manipulate message is an extremely relevant topic for our day and age. I feel that Fahrenheit 451 was inspired to say something along these lines. Unfortunately, as is the case when there is more smoke than actual fire, there are times when inspiration is just not enough to bring that message across.