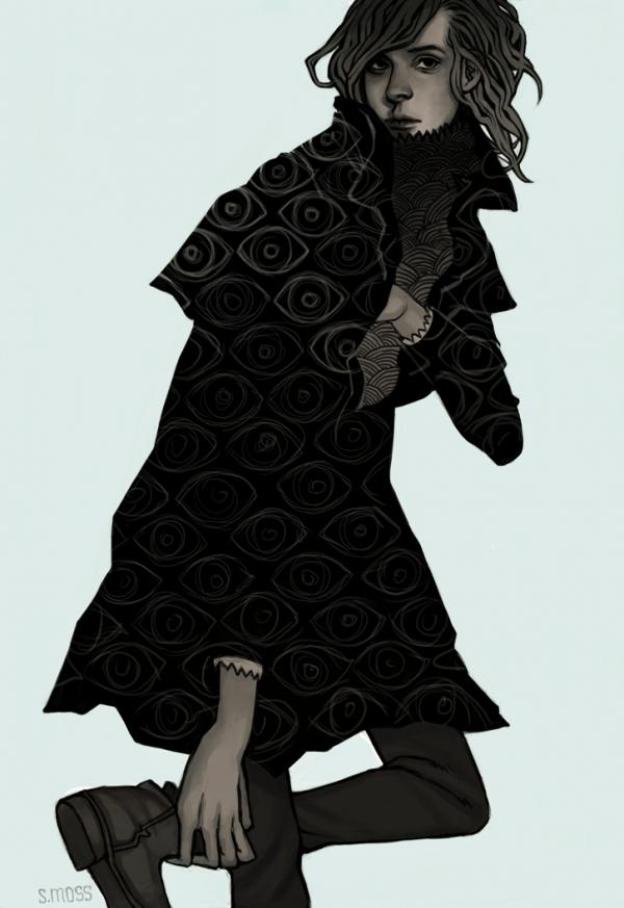 A long time ago, a cadre of people met in a dark, smoke-filled room and decided that illustration isn’t art and art isn’t illustration. Every now and then, thankfully, there are people like Sam Moss who either never got the memo, or tore it to pieces and shoved it right back in the mailbox.

These illustrations, with their earthy aged-paper hues, fluidly sensual linework, and somber otherworldly damsels, are reminiscent of a certain style of fantasy comic that’s become notable in the past decade. It’s easy to imagine Ms. Moss illustrating an entry in a Spectrum fantasy art collection, or one of the darker episodes of Bill Willingham’s “Fables” series. Personally, I’d love to see her take on the Marvel universe’s Scarlet Witch.

“The Pledge”. (Courtesy of Sam Moss.)