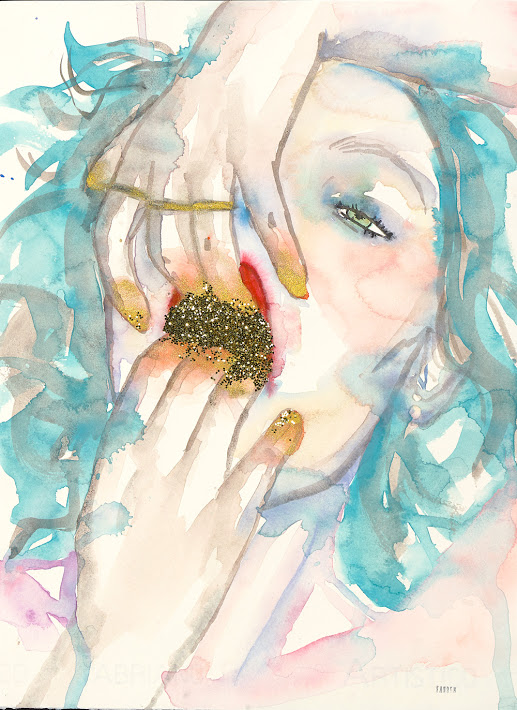 If I’m going to write about the Los Angeles-based, naughty watercolor artist Fahren Feingold’s GOLDEN TOUCH, a new series of works presented by Indira Cesarine’s The Untitled Space that deals with the “changing perspective of menstruation,” (currently available online and exclusively at Artsy) I’m humbly requesting Fahren make a new series of paintings of and for men called THE BLUEST OF BALLS. 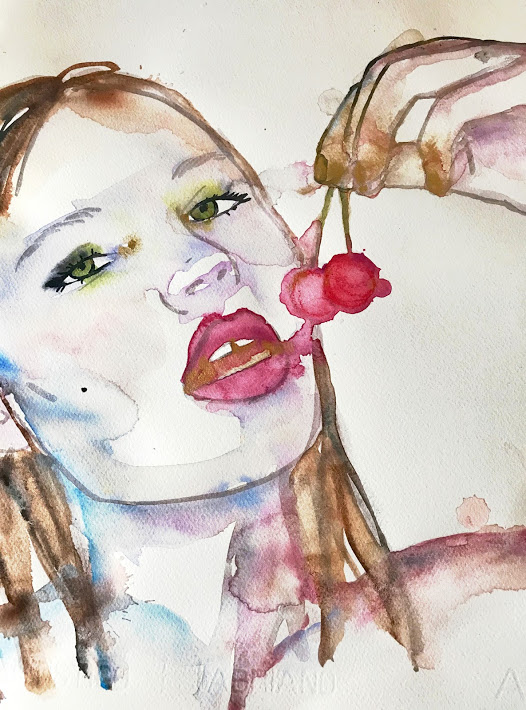 To be clear, I like Feingold’s minimal water color paintings of sexy, conventionally attractive, mostly Caucasian looking model-types, often in the nude, staring lasciviously and gap-toothed (POV-style) into the artist’s invisible, male gazey (but not) lens. I get turned on looking at these paintings, probably because they remind me of the increasingly taboo DIY drawings I used to make almost immediately after I first discovered the gooey fruits of masturbation. Picture (you have my permission) a chubby, pubescent, 13-year-old me on the couch watching Species (1995) on some derivative HBO channel after the rents had long gone to bed, clumsily fumbling with myself to half-assed, pseudo-accidental completion in a quasi auto-erotic manner as Natasha Henstridge’s barbed, H.R. Giger-esque alien tongue suddenly rips out the back of “Robbie, Guy Picking Up Sil (as per IMDB)’s” douchey head.

Yes, my first ever official climax arrived right as the aforementioned cinematic Aryan goddess poster child essentially decapitated (impaled?) her greasy, coked-up, would be sexual assaulter, back in, let’s say the nascent internet days of 1997, when pornographic resources were still almost completely analogue and those under 18 had to either channel surf the back end of premium cable for “Strong Sexual Content” like an autistic Alexander Portnoy, scavenge for raw materials (VHS tapes, Playboy, etc.) like some starving, post-apocalyptic mutant, or as last resort, create their own improvisational content like a lonely, perverted Matt Damon urgently making poop potatoes on Mars. 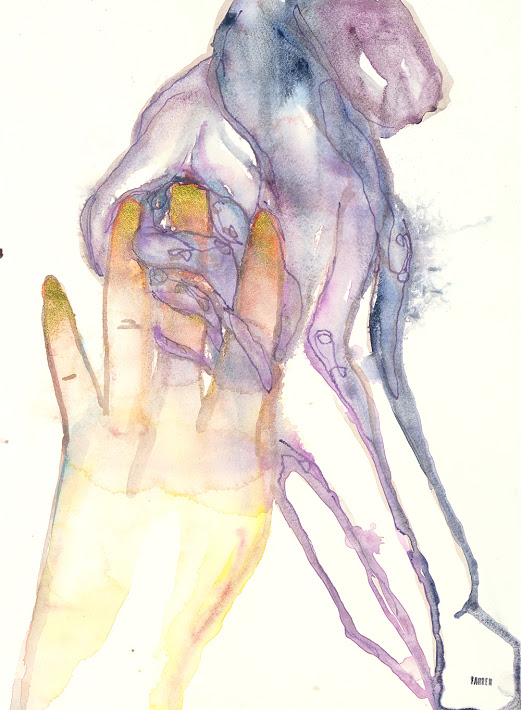 Embracing self-sufficiency, I started drawing little, rudimentary, virginal pen drawings culled from some inherent, instinctual sexual wellspring and comprised of minimal lines; just the essential curves and patterns to let my lizard-monkey brain know we were looking at sexy stuff-pursed lips, tongues, hips, ass, tits, nipples, vulva, and most importantly (Feingold proves a deft hand at this), nailing that “come fuck me” gaze, which meant perfectly aligning the highlight on each iris and carefully positioning all the elements to swerve that uncomfortable cross-eyed look that could really kill a teenage boner.

I never liked sketchbooks. I always felt like I was locking up my drawings in some kind of bound paper prison, but because I could draw well I would inevitably get a half a dozen each birthday. I always preferred working spontaneously on found materials-napkins, diner placemats, school notebooks, computer paper. It was much more freeing and less precious and anxiety inducing. Luckily, my unused pile of sketchbooks would be perfect for my bourgeoning, illustrated “Cumpendium.” 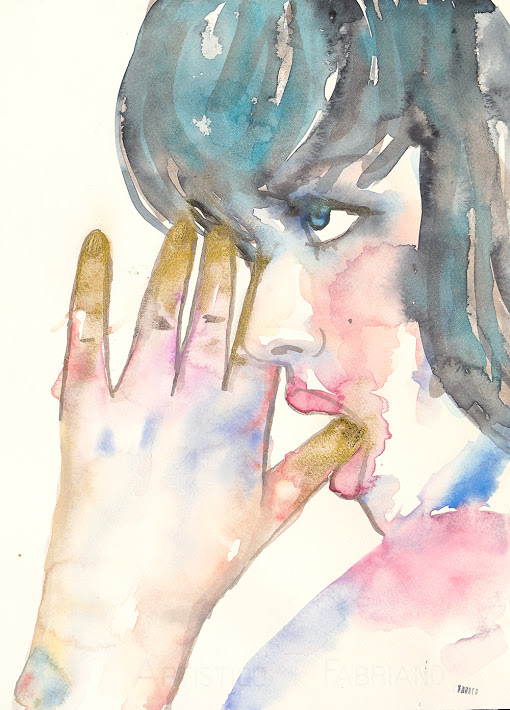 The first drawings were reasonably innocent, simple, caught somewhere in the margins between PG-13 and R, but boy did they escalate quickly. It was like Skynet becoming self-aware and then quickly metastasizing into some unstoppable visual-based, neural-net consciousness consumed with creating increasingly titillating material. No drawing was “used” twice. Before long, several of these sketchbooks were filled cover-to cover with content that surprised even me at the time: orgiastic bacchanals with strange B.D.S.M. characteristics defying future NSFW search engines (which didn’t exist yet) for which I lacked any discernible reference point.

Try to envision the three-way love child of Feingold, every men’s magazine cartoonist ever, R. Crumb and Tom of Finland for good measure, strapped to a perpetual, endogenous Viagra drip. I seemed to be pulling this material out of my DNA, mining the curtained-off back room catalogue of my past perverted lives for all their deepest, darkest sexual freeze-frames. For audio stimuli, before the played-out CD was scratched into hopeless oblivion, I would listen to the first minute of White Zombie’s “More Human Than Human” on my Sony “Discman.” This song features the sound of a woman building to a wild orgasm before the track kicks into epic ‘90s thrash-metal ecstasy. It was a weird, hyperbolic, complicated beginning to what tamer humans might call a sexual awakening. But it wasn’t meant to last, thankfully. 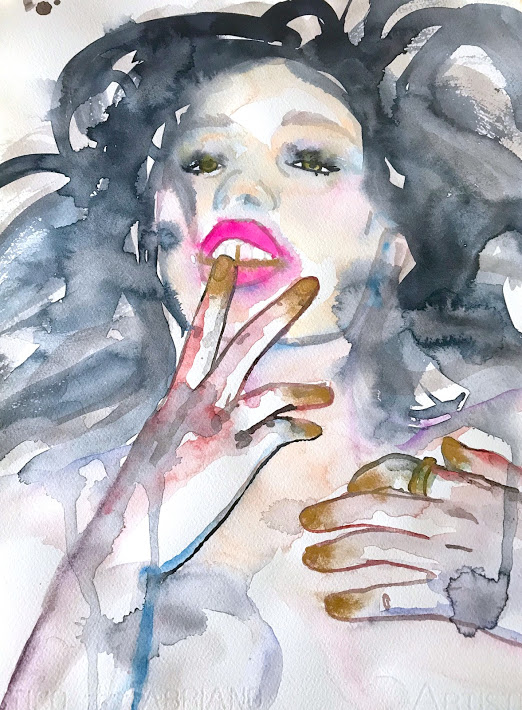 One peaceful summer morning while my parents were at work (our live-in Grandma “watched” us [quotes for “valiant attempt”]), I was watching “The Price is Right” on the same Exhibit-A Species couch while my brothers, cousin, and childhood friend were hanging out upstairs in the room I shared with my fraternal twin brother. Every couple of months he and I would diplomatically alternate who would get the top or bottom bunk. At the time, I had the crow’s nest. I had naively stashed all of my sex-filled sketchpads between the feeble box spring and a crappy inflatable mattress as if that were in any way private or secure.

Lost in a daytime TV summertime haze, lamenting my fat rolls (growth spurt storage sheds) and well into eating way too many of those colorful, sugary ice-pops in my oversized boxer shorts, it took me a few moments to figure out why the usual suspects upstairs were sporadically exploding into overzealous, exponentially uproarious laughter every three seconds. My first thought was, “Wow, what is so funny?” Then, “Damn, they’re really having a great time up there without me.” And finally, after doing the appropriate mental math, “Sweet merciful Christ…they found them.” 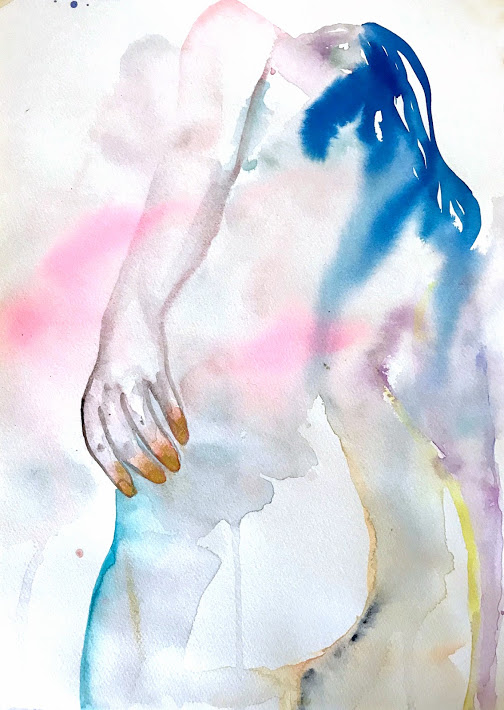 At this exact moment, I heard a stampede of footsteps thundering down the upstairs hallway. Time morphed into a drippy Dali surrealism. I watched a silver-haired, overly tanned Bob Barker break the fourth wall and look at me with an accusatory look as if to say, “You brought this on yourself, son.” Down the stairs they rumbled, fighting to be the first to shatter my little perverted artistic bubble, each holding two fistfuls of pornographic pages, violently ripped out of their confines with crude indifference. They were howling louder than the loudest Howler monkeys ever howled. They laughed hard for a longer continuous stretch than anything I’ve ever witnessed. They were crying, hyperventilating, falling all over each other. They had discovered Young Indiana Jones’ secret, self-generated porno stash, an expression of several solid months of a dedicated teenage downward spiral into previously uncharted sexual insanity. Out they burst onto the green, suburban front lawn in broad daylight, making it rain like little pagan priests and rolling in their spoils.

This was the horrifying late second act of my own private Lord of Flies. I had lost, but to whom? To what? I didn’t even put up a fight. Luckily, I was able to laugh at myself. I walked outside and picked each one up. I was suddenly looking at these drawings with fresh eyes and with zero sensual agenda. I began laughing almost as hard, maybe louder. What else could I do? Cry? Fight? Objectively, they were totally ridiculous.

But back to Feingold’s work. Brands love her. You can head to her Instagram to see all the various fashion, editorial and product lines that have leaned on her aesthetic for the sort of safe but sexy, women for women, have your devil’s food cake and eat it too vibe. Artistically, the work can stand on its own bare feet. They’re fun, sugary and colorful in a primary way, like the aforementioned ice-pops. Pushing the woman-centric thing further, GOLDEN TOUCH deals with the concept of Mehndi, a type of Henna tattoo derived from an Indian tradition that celebrates a woman’s period through the veneration of dried menstrual blood, which Henna still mimics.

So, here I am, a dude who’s never had a period in his life and hopefully never does writing this digital art commercial about watercolor paintings that somehow explore the bloody history of Henna. I assume having your period is like having terrible, aching, irreconcilable blue balls for a week straight every month. To be fair, I know this can be a brutal affair and that women face a litany of potential reproductive issues that men simply cannot comprehend. With that being said, hanging one of these works of visual foreplay on your walls might actually help you smile or feel sexy during this unfortunate stretch and remind you that you will in fact get through this. For men and everything in between, gaze to your heart’s desire.

Much like Yoga, there’s been a real backlash recently regarding basic bitches-primarily of the clueless white American variety I imagine-appropriating ancient cultural expressions without the requisite historical appreciation, so kudos to Feingold for this little history lesson. Like all good art, it’s an appeal to sophistication.

As the various women in my life like to remind me, I have “no idea what a period feels like,” among other things, and also, being a girl “really sucks sometimes.” The whole period thing does seem really shitty across the board and yes, you may willingly have another parcel of my seemingly endless empathy cache. I’ve purchased many a tampon box, given many a lower back massage and purchased a literal ton of chocolate over the years, and for the record, I claim only a 10-15% chocolate procurement tax. 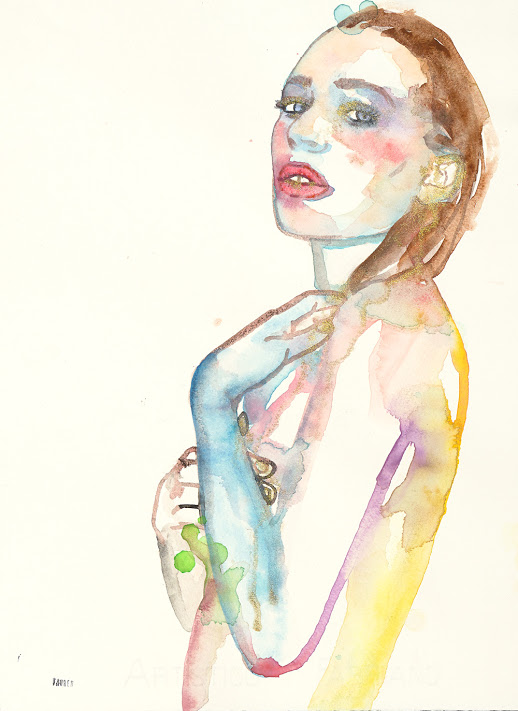 For an adult male or anyone else to publicly shame a woman of any age for having or “getting” her period seems like an incredibly stupid thing to do. I imagine other regressive, archaic, ass-backward cultures might do this systemically. Teenage trolls and future incels in countless grade and middle schools might do this. If you’re a teenage girl and your savage teenage peers with hairless Tootsie Rolls give you excessive crap for this and laugh at or mock you, don’t stress, kids are insecure dicks. Women, keep in mind how often you make fun of your own damn self for your sassy or irrational attitude during these times or use your period as a convenient attitude or emotional skapegoat (don’t be a hypocrite). But if you’re an adult male in America (boyfriend, boss, co-worker, sibling, parent, or President) and you give a woman a seriously hard time for having her period, please, just fucking kill yourself.

Now here’s a quote from Feingold regarding her new series:

“I think with today’s access to information, we have a responsibility to further understand where beauty trends come from within cultures. Rather than just adopting something because it ‘looks cool,’ we have the ability to look further into the origins and better sympathize with other people. The heritage of Mehndi and its relationship with menstruation feels just as relevant today. Women still feel the shame over having their period-whether that means hiding their period paraphernalia, not given time off of work when needed, feeling shame over stains, and so many other things.” 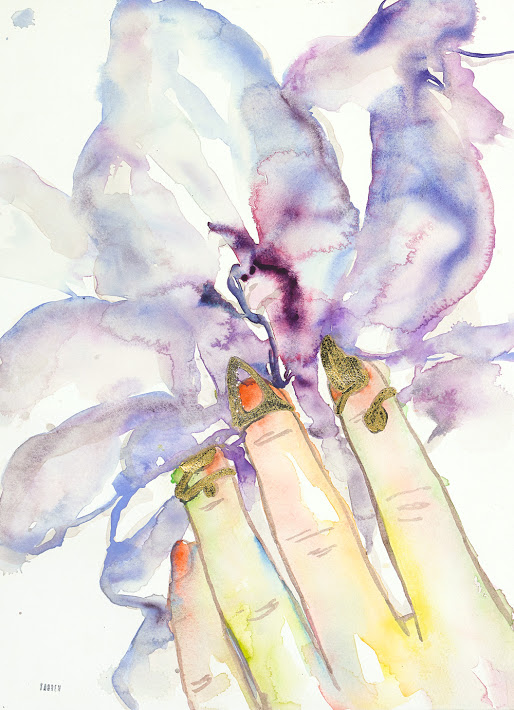