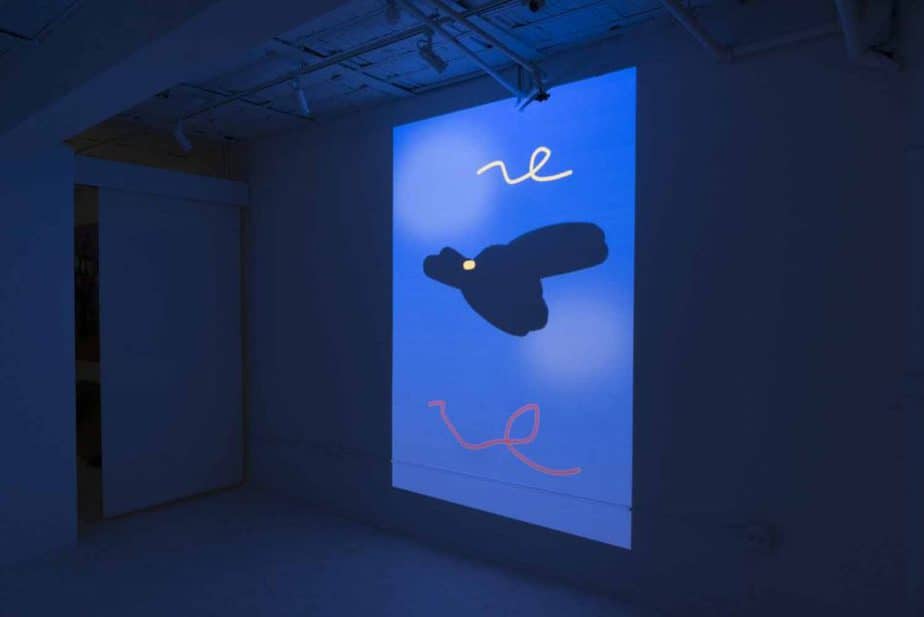 If you haven’t been wandering the Lower East Side Galleries, you may have missed something special at Castor Gallery on Broome Street. Nature, an exhibition of new work from Jeanette Hayes, Michael Manning, Austin Lee, Patrick Jacobs, Robert Lazzarini and Jonas Lund, explores art practice rooted in mathematics, algorithms, code and modern technology which continue to push the barrier on the ever changing landscape and definition of traditional art-making practice. Mediums explored by this group include data mining apps, neural networking, real-time web streaming, 3-D printing on canvas, social media video collage, and experiments in sculpture. We talked to the curator Justin De Demko about the show. 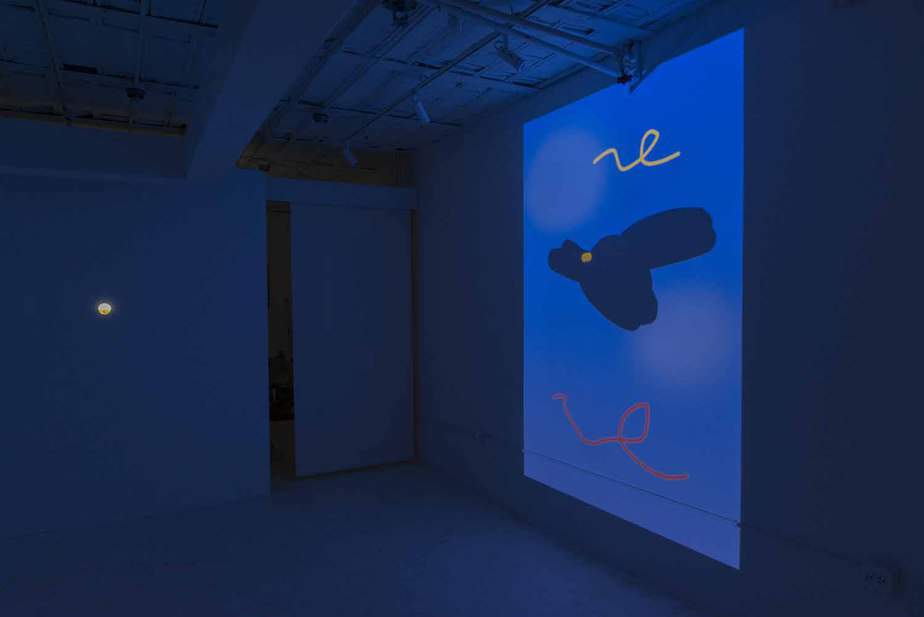 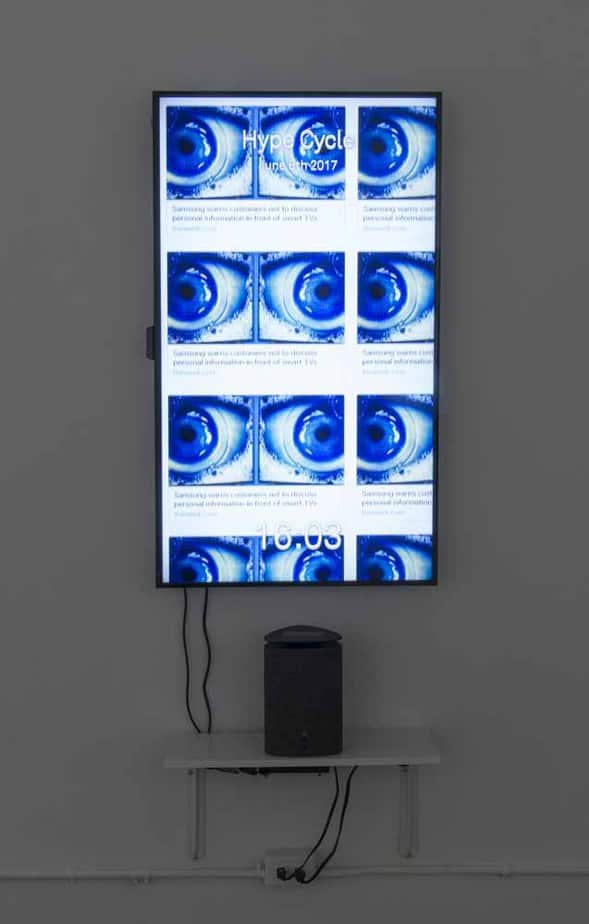 QL: The show is called Nature, can you tell us a bit about why you chose this title and how the artists that you chose for the show and how they play off of each other.

JD: The main idea for the show is to highlight types of mediums that may not be considered traditional but have grown to become common by artists as technology has advanced. My background is not a background in the art world. I did not go to school for an MFA. I worked in the tech and music world and was always amazed at what artist like Julian Opie and musicians like Kraftwerk were producing. We really wanted to highlight that part of the art world.

With the artists in the show we really wanted to highlight all these different mediums. Jonas Lund with APP and Neural net based works. Manning with his unique style of 3D printed works. Jeanette with her social media videos. Austin Lee and his work which was being shown not only at the gallery but on a website at the same time. Patrick Jacobs who makes these amazing physical works that require insane amount of time and precision and only doable with current technology and finally Robert Lazzarini who I really consider to be an innovator in the method of using nontraditional means that are based on mathematics and tech.

The title was actually the first thing that came to us. Nature is always changing, growing and evolving. When you think about how plugged in we are and how fast changes in the world are occurring it makes you wonder what nature will mean to us in the near and distant future. 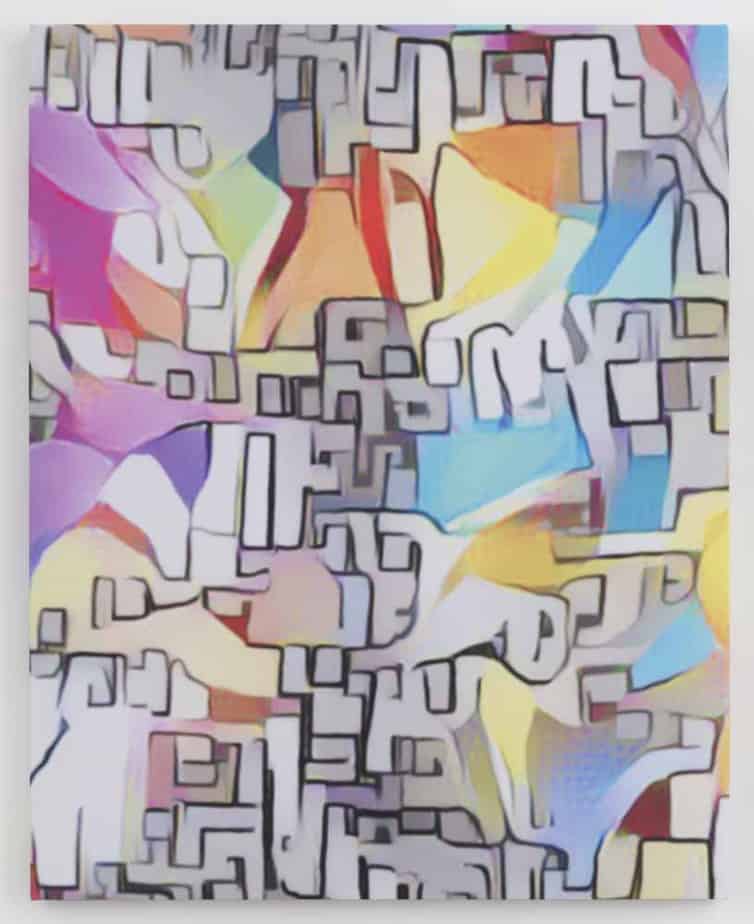 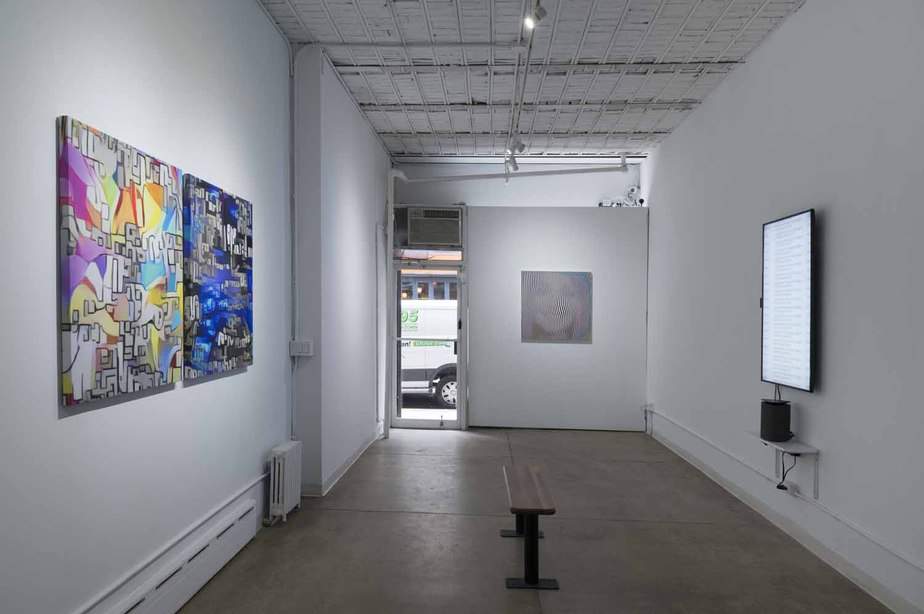 QL: We are huge fans of Jonas Lund. Could you explain in detail how HypeC ycle works and a bit about the Neural Network created paintings.

JD: So these pieces really go together. For Hype Cycle he has created an app and algorithm which is pulling images from online sources based on keywords and trends occurring in real time.  The work not only reflects the moments leading up to the time that they are being viewed but also isolates a certain moment in a hype cycle and how hype is created around persons, brands and emerging technologies. You will see images repeated but you may also only see certain images just once. It really depends on how the internet is reacting to different parameters that have been used in the Algorithm. For the Neural net works it’s very similar but instead of a visual image that we see and understand, this data is instead fed into a neural net the artist created. The neural net then produces it’s own painting and how it visualizes these same set parameters. It’s really an amazing way to see how we see things but how a computer interprets the same data visually. 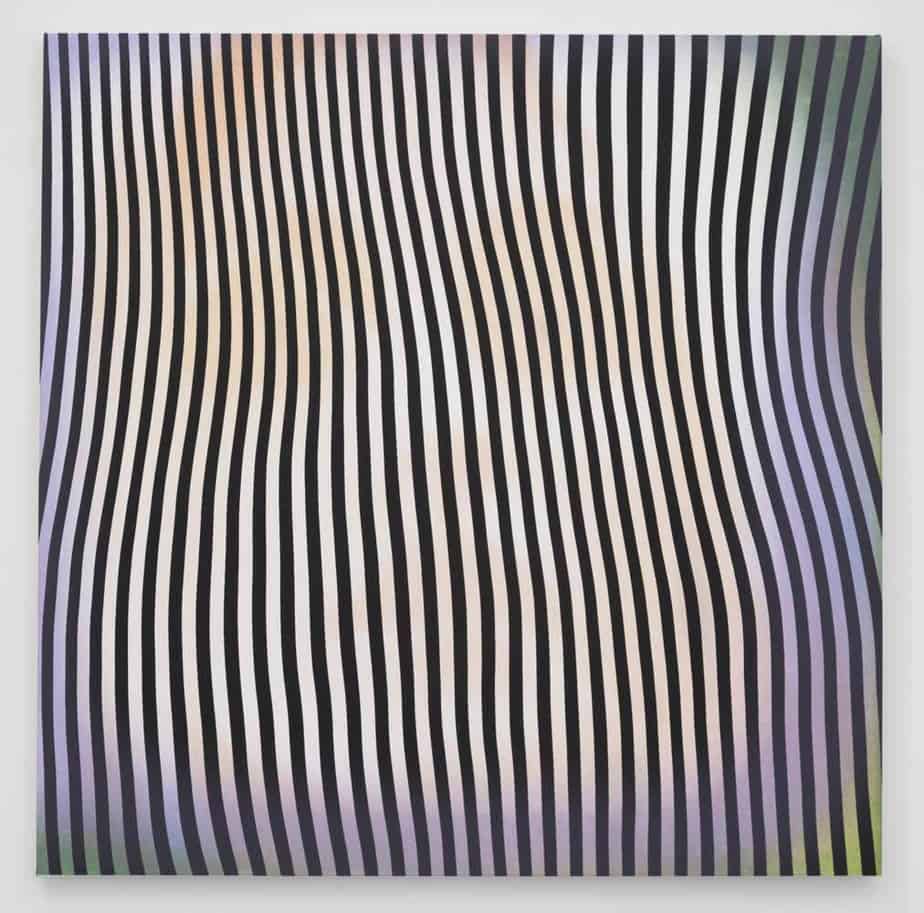 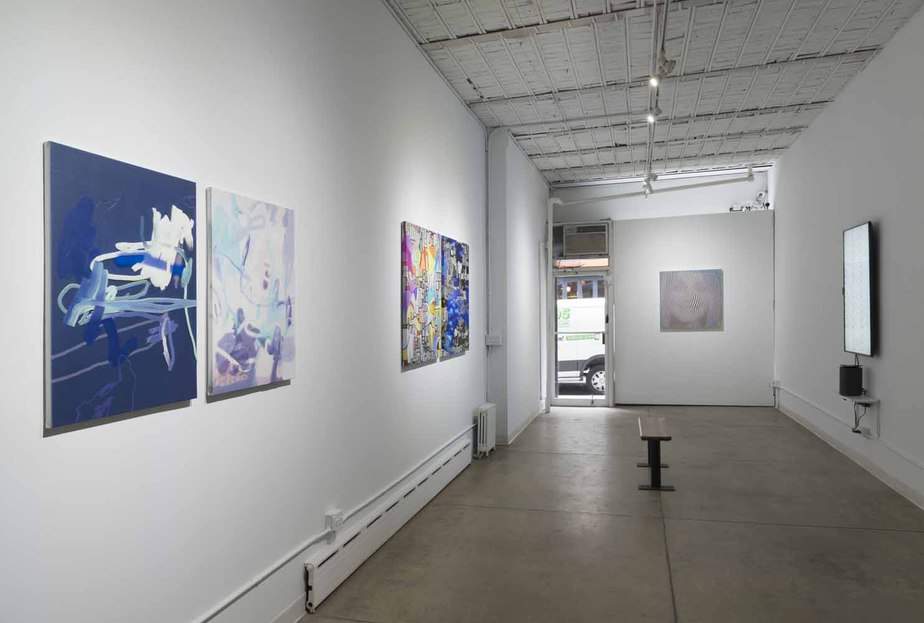 QL: Tell us about the different works on canvas that use digital technology to paint or manipulate the viewer. Particularly in reference to Michael Manning, and Lazzarini.

JD: Manning is just awesome. He really bridged the world of digital and physical in such a unique way. We all used to mess around on MS Paint and similar programs but he managed to show everyone that not only was that just fun messing around but it was a tool and a medium to make these really beautiful works. I loved his show at Bill Brady Gallery a few years back and when I started seeing the 3D printed works I was blown away. They are just so unique and well done. They really need to be viewed in person to see how seamless they are. A lot of people are working in 3D printed technology but the way he is using it is very unique.

Lazzarini to me is an all-time great and will be remembered as one of the artists who really helped bridge the gap into these new digital works and tech influenced work. The first time I saw a piece by Robert was the phone booth he had for the Whitney Biennial. I was always a math person. I actually loved going to Algebra and Calculus. Math to me make sense it’s a universal language. The way Robert has created these mathematical algorithms to crush the image is unreal to me. It’s the true mix of math and art and he just makes it look so seamless but it’s incredibly difficult. These newer works on canvas which apply this method but are done with screen prints just blows me away. He has really managed to tweak a medium that has been used for over a thousand years and create something new. It is a major achievement. 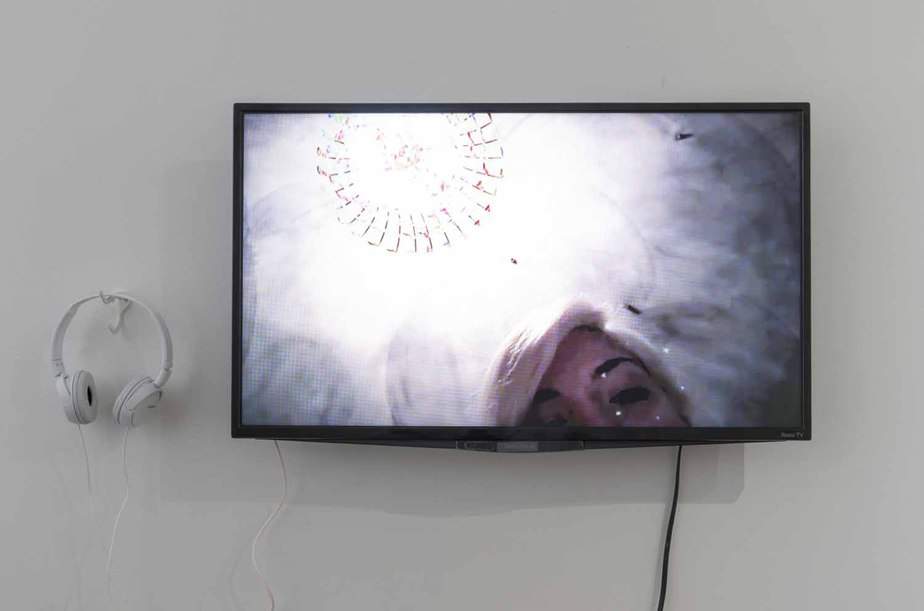 QL: Jeanette Hayes is everywhere right now, the video she presents is pulled from her social media feed in a random mashup of her interests and the obscene findings from the internet. Can you tell us a bit about what she is saying about technology and art in this piece?

JD: Haha yes she is. We have been lucky enough to work with Jeanette for a few years and she really pushes her work every time she makes something new. These video works (this is the 3rd one we have shown) really to me are a look into what motivates and inspires her for her current and upcoming works. I made a joke to her when I saw some of the drawings for her solo show about a year and a half ago at the gallery. I basically said what do you think about when you’re alone because these drawings are awesome and crazy at the same time. I think the answer to that is her video works. It’s a really unique insight into her practice and her motivations. The documentation is being done in a way that wasn’t possible even 10 years ago. 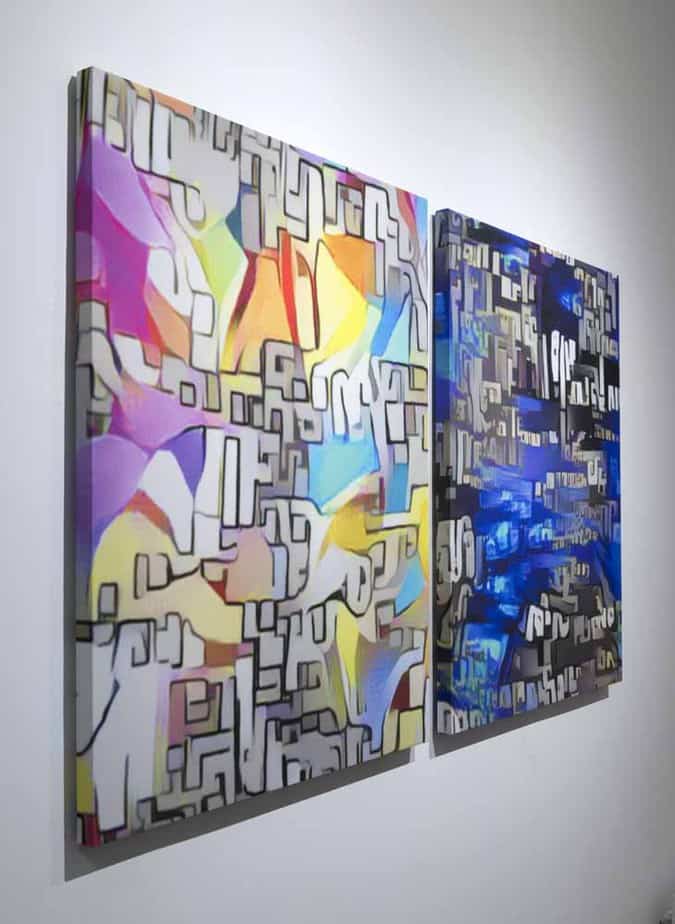 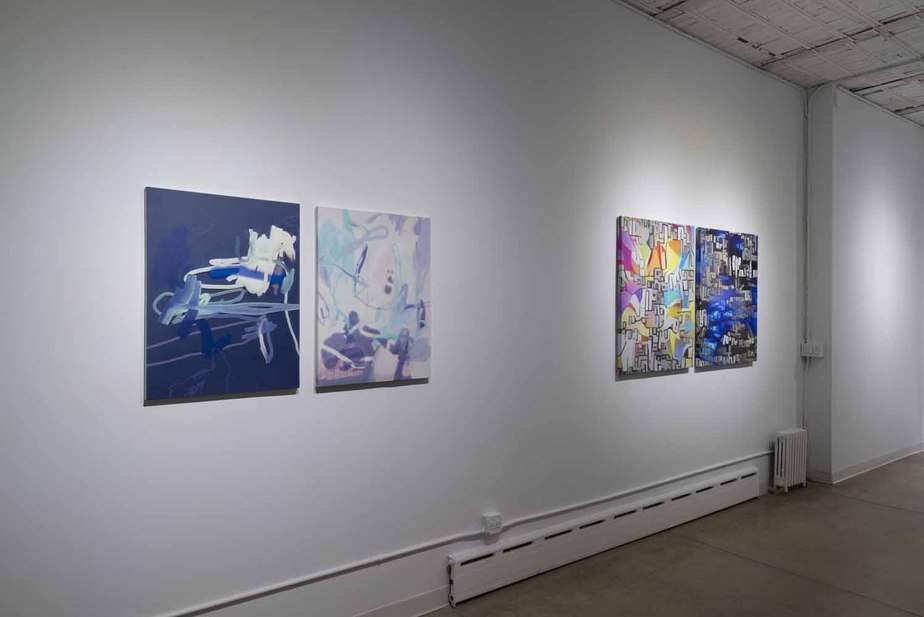 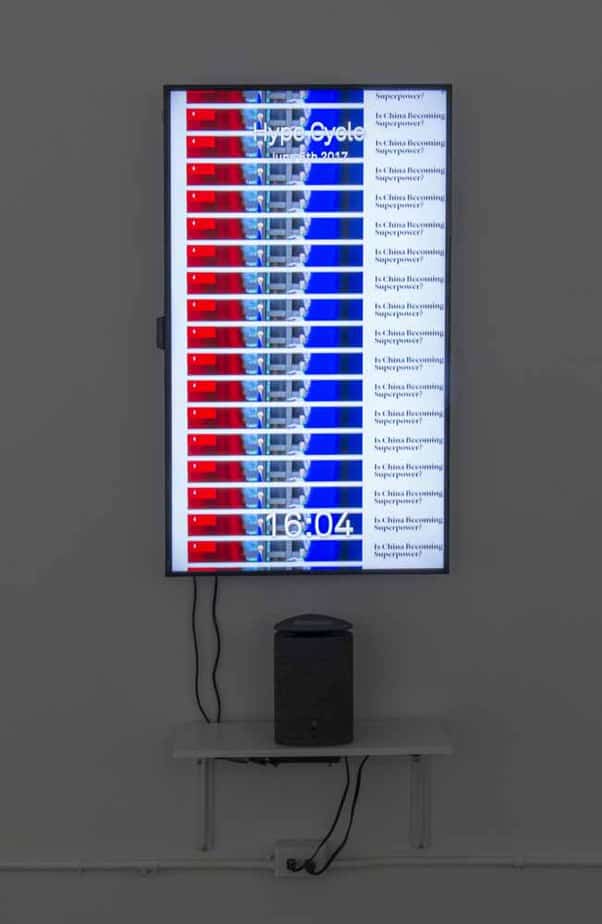 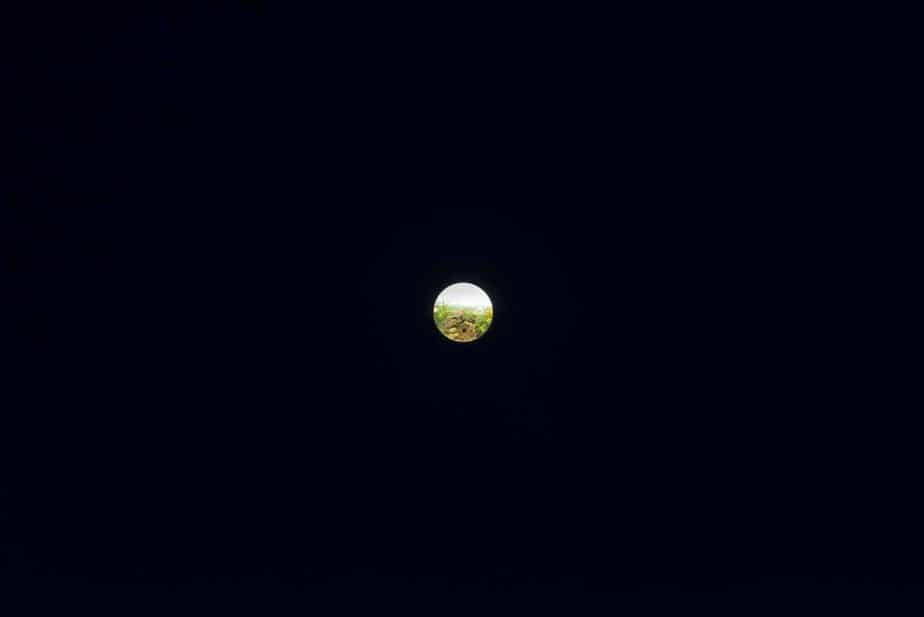 QL: Austen Lee is making videos in realtime using simplistic computer software – is this standard to his practice? Does he have a long history of working with digital to produce work?

JD: Yeah those works are great but since it’s not what we showed and I only really know them from the standpoint of being a fan of his work, I probably shouldn’t comment on them. For this show we did a studio visit with him and basically said do what you want. Whether it be a drawing a painting a sculpture etc… He came back and said I have been working on music and making these original videos. They were really cool. They definitely looked like his work but they were all digital and even the music was made and tweaked with digital programs. When he said he would like to have them looped on a website at the same time it was the perfect idea. I really hope he continues to work on the series. 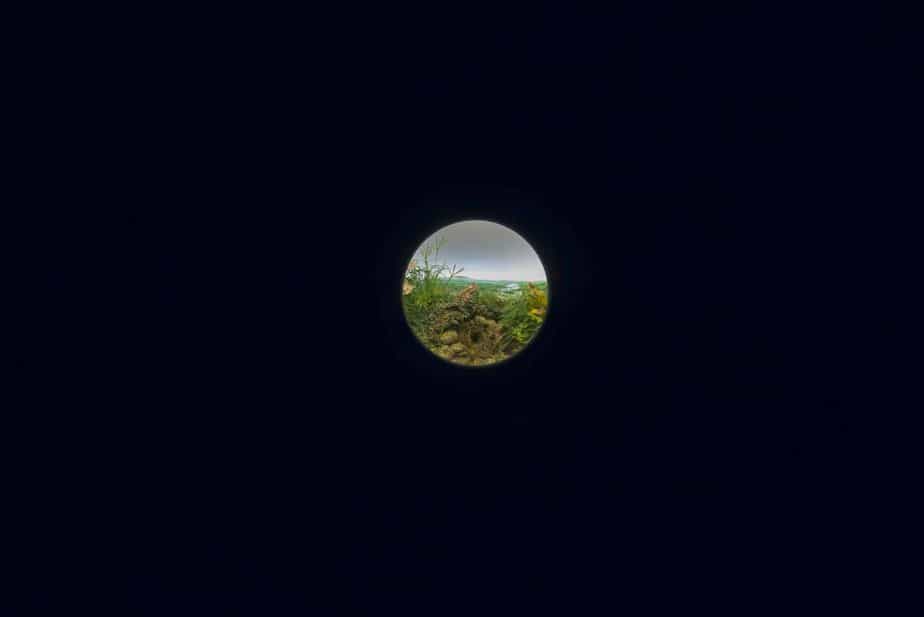 QL: Patrick Jacobs’ fascinating looking-hole pieces have become rather popular, these tiny landscapes are made using laser-cut paper, fur and feathers. How does this work tie in with the technology aspects of the rest of the show?

JD: I think the question is the answer. So first off his studio was jaw dropping. I didn’t want to leave. Everything he is making really just makes you want to ask a thousand questions. So how does it tie in – I’m sure it is possible to produce but I have no idea how long or the amount of man hours it would require to cut the paper for these works. The works also require electricity to light and the lens is machine made. I think his work really is a great example of past, present and future. It’s a real example of how technology can help with production and the viewing of certain works that could be made without it but look better with it. I’m really excited to see how they continue to evolve. 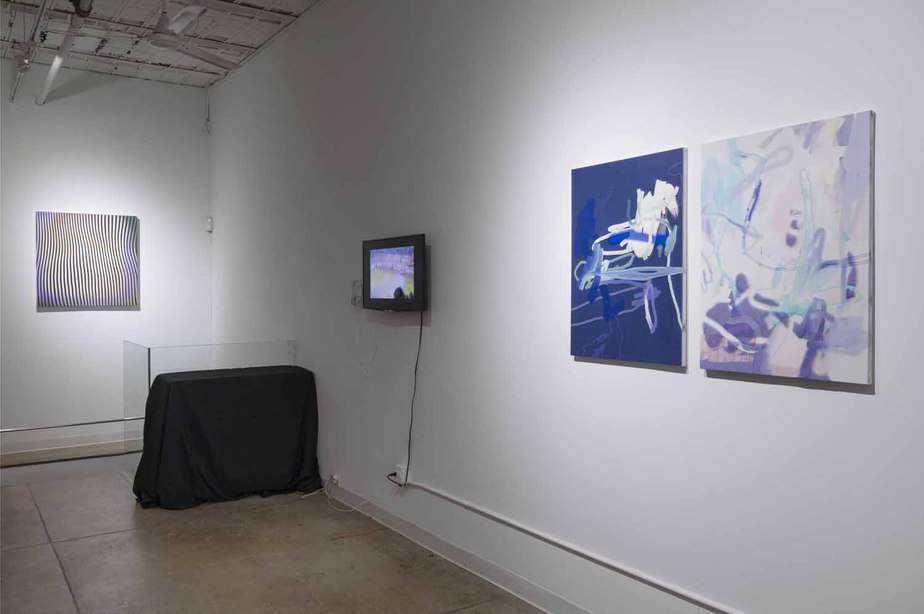 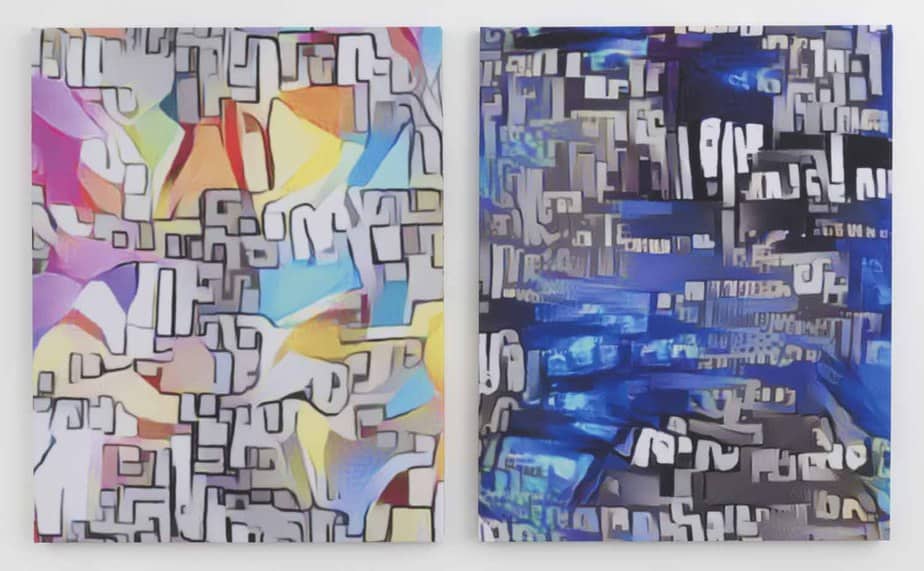 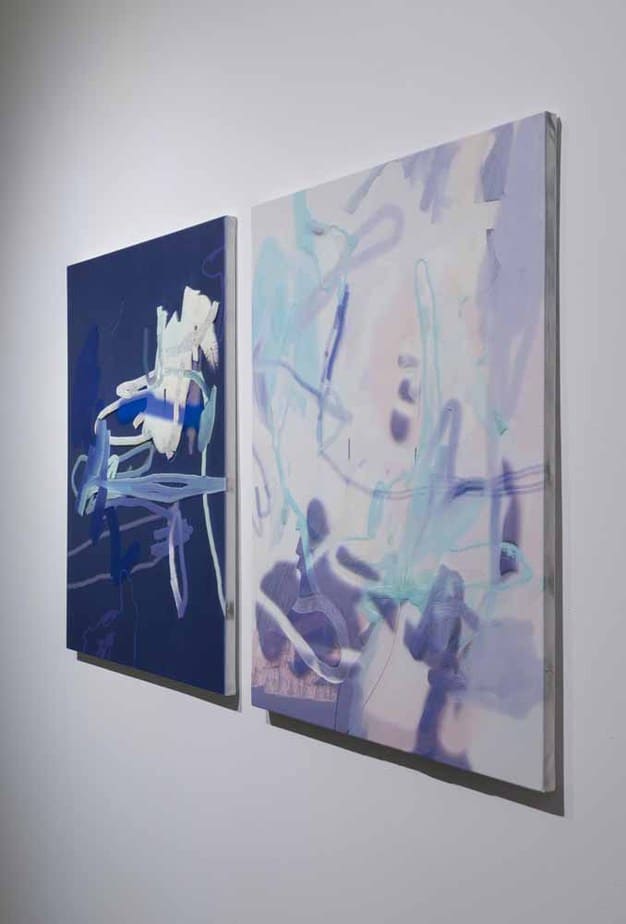 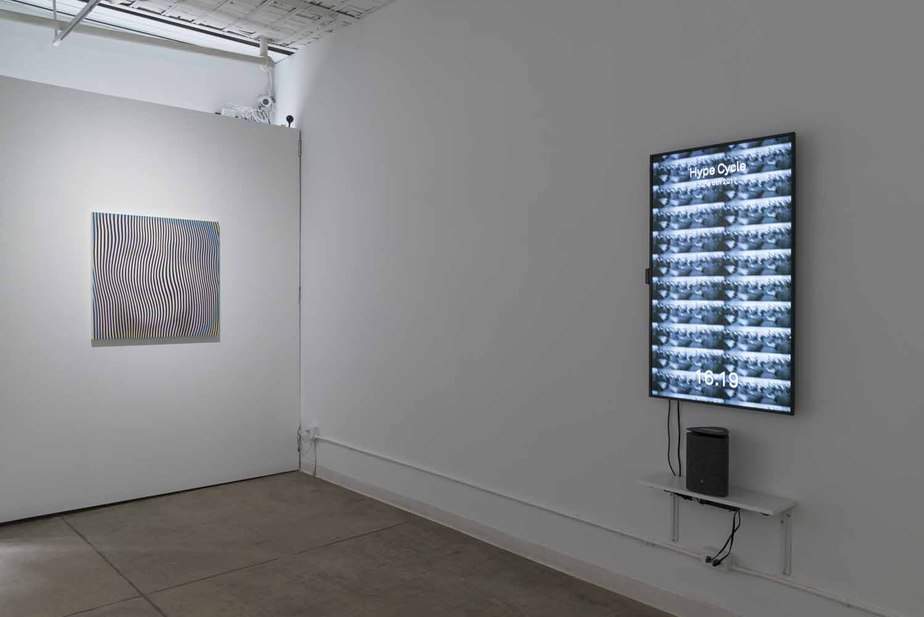 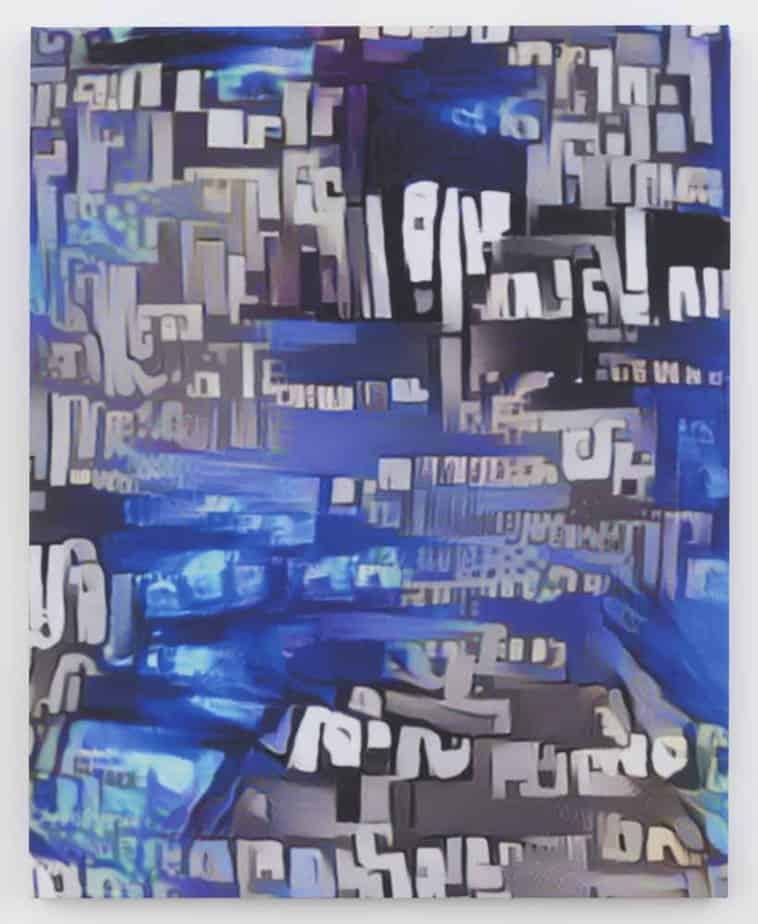 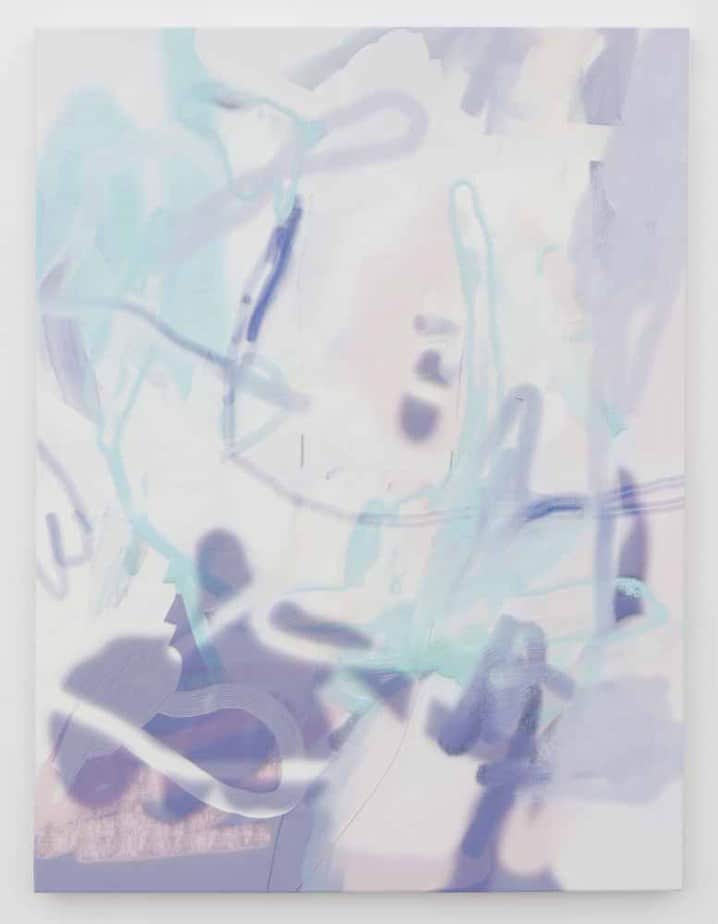 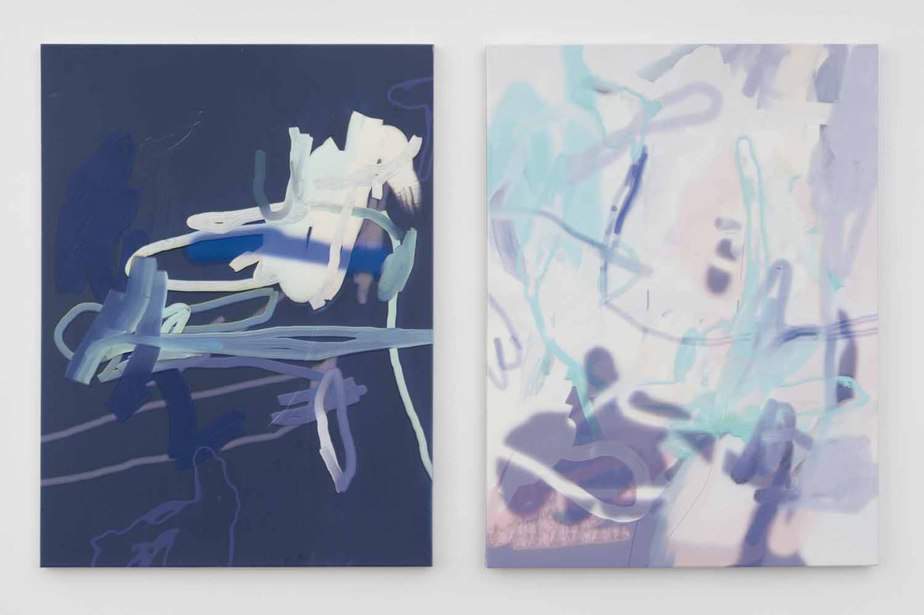 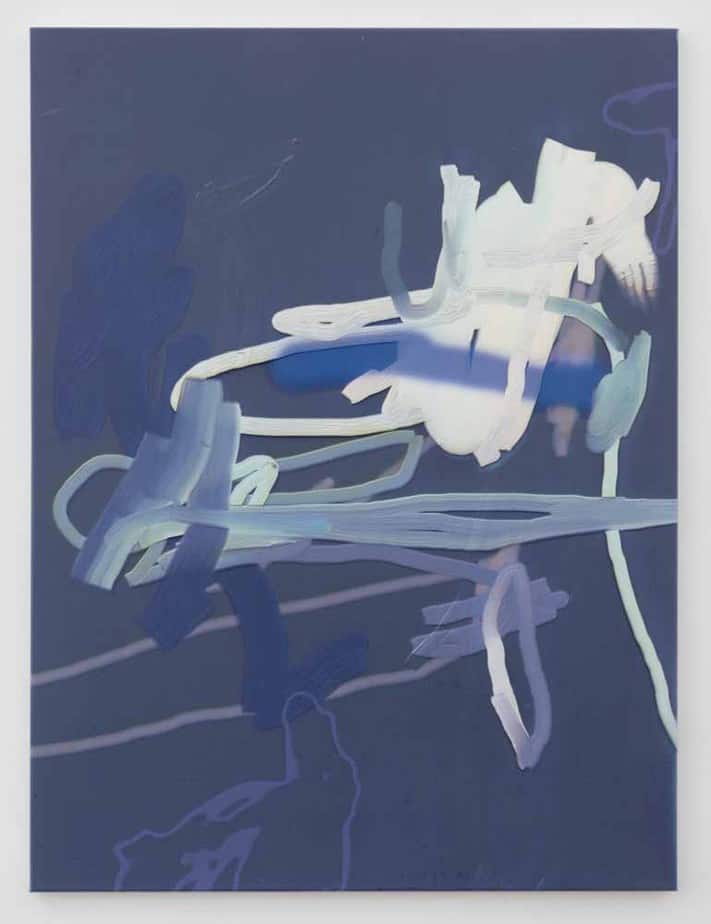