As the Clean Bandit and Demi Lovato collaboration, “Solo,” continues to be one of many songs of the summer that keep you driving with its upbeat tone to whatever corporation has a vise grip on your balls, one must take pause to consider the fraught nature of the video. Unlike most English people, lead vocalist Grace Chatto has a sense for high drama in the Italian sense of the phrase, with a video that centers on a relationship in turmoil. Perhaps her first problem is that she’s opted for a man with blonde hair, which always makes for “bitch boy” ramifications in the end. And as he tosses a vase of flowers at the door in a fit of rage while Demi Lovato sings, for some reason, about feeling regretful to be one of his exes, Grace stares at her teary-eyed self in the mirror as she wipes away the pain with a makeup brush, then dashes out into the daylight with a skateboard in tow. 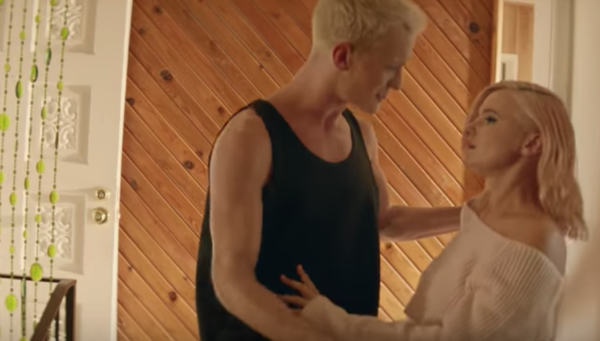 The man that’s got to be stopped

Heading to the laundromat (where all shady dealings still go down, apparently), Grace hands a fistful of bills to the female proprietor, who then skates her own way to warehouse where the reincarnations of Gary Wallace and Wyatt Donnelly from Weird Science (a.k.a. Clean Bandit bandmates Jack and Luke Patterson) have a seemingly successful operation fulfilling the requests of women who want to turn their ex-boyfriends into the literal bitches they are (seeing as how most men are missing a dick anyway). And as they concoct their warlock-y potion to transform Grace’s former flam into his rightful manifestation, Grace awaits for her magic retribution in pill form at the laundromat.

Despite the vengeful narrative of the video, the lyrics express a forlorn and abandoned tone, with Lovato singing, “I wanna fu-oo-oo, but I’m broken hearted/Cr-cr-cry since the day we parted/T-t-touch but I got nobody/So I do it solo.” What she really ends up doing solo (as opposed to masturbating) is generating the comeuppance so richly deserved by a person who clearly treated her like little better than a dog herself. So in the spirit of Phantom Thread, Grace concocts a meal for her man with a special ingredient, directly delivered from the laundromat girl to the devil’s lips by way of Grace as conduit. 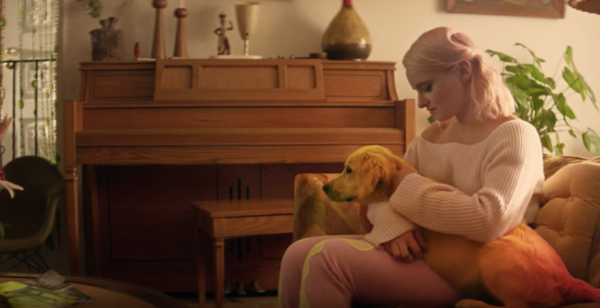 Bitches are much more manageable when they’re just that

Herself already having undergone some alchemical changes throughout the making of the “potion,” she happily serves up her presentation to the blonde about to become golden–as in a golden retriever (and in the same fantastical style as a Lisa Frank creation).  And now that he’s much more pleasant and malleable, serving in the “bitch” role that she once did for him, he feels inclined to cart her around as she rides her skateboard (though, don’t get one started on women who do that).

So yes, while it pains a woman to turn hard against the one she loves, sometimes drastic measures must be made in order to keep bitches in the truest sense of the word in check. Clean Bandit and Demi Lovato are, thus, doing their part to keep strays off the streets–for the last thing women need is additional riffraff in the already pungent pen of mongrel dogs surrounding them at all times.