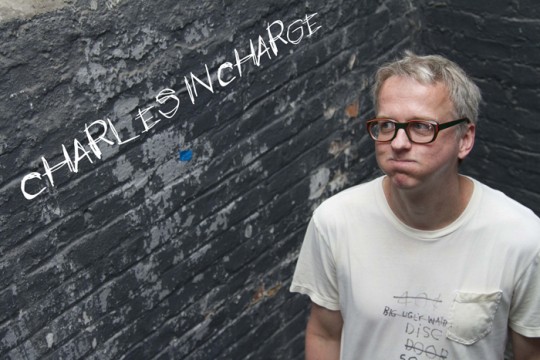 Painter Steven Charles is a manchild; a big kid who stops short of picking his nose in public and soliciting wet willies. But behind his seemingly juvenile charm lies an innate wisdom and understanding. He seems to just know that everything is blossoming and going to shit all at once. This balanced sense of knowledge almost outshines his work.

“I’m so involved in my own process that it’s hard to admire anyone. I’m just so convoluted… and self-obsessed…[laughs]”

Legally blind, Charles coherently splashes about in a dynamic pool of creation and inspiration; giving way to his very own puddles of awe-inspiring work. Originally born near Liverpool in the United Kingdom, him and his family moved to Texas when he was 10 years old. Charles had some adjusting to do but by his teens, he was an everyday offbeat American hooked on apathy and punk rock. 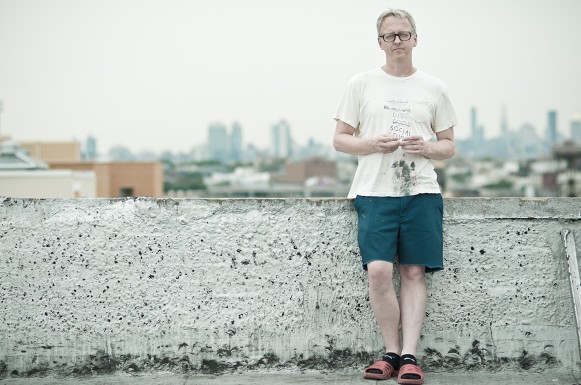 Charles is a genius unashamed of his own stupidities. He has fully accepted that his entire life is a learning process whereas most human beings seek to become all knowing by the age of 32. Don’t get us wrong, Charles is not a bungling fool who happens to be talented; he is a hatter aware of his own madness.

We met Charles through a good friend of ours and spent some time at his live-in studio this past May. We told stories, talked about his work and doled out obscene jokes. When we left that night, we told Charles that we’d be back but with cameras. We at first planned to give him a feature in June but quickly determined that he would best fit as our centerpiece for The Paint Issue in July. When we called Charles and told him what we had planned, he quickly agreed; giving us permission to even film his sock drawer if needed be. 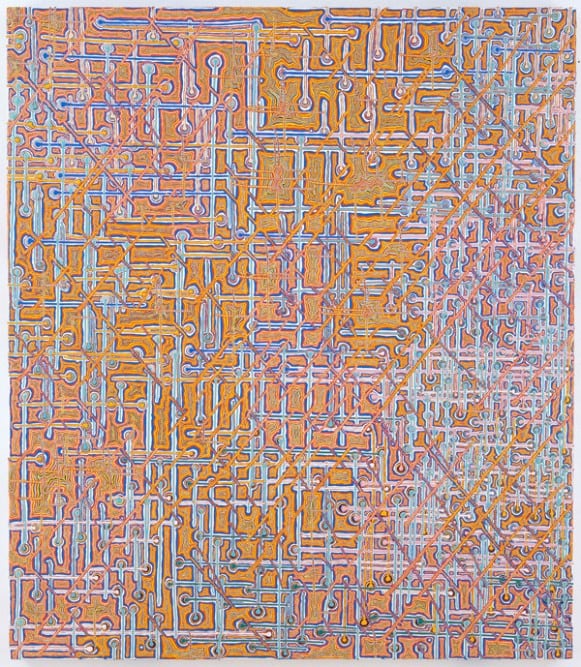 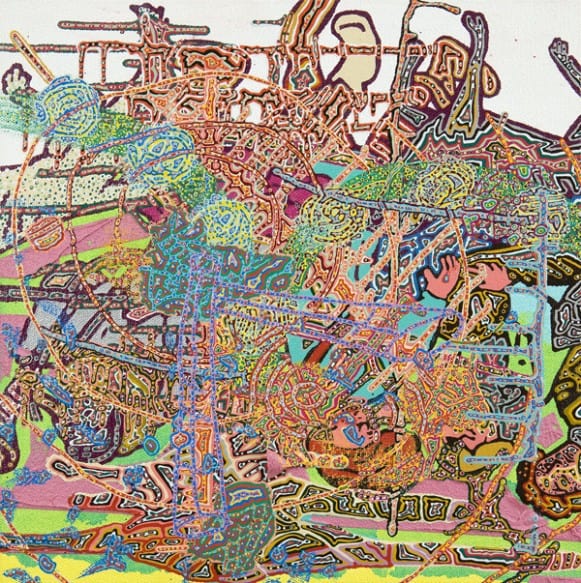 “A Return, A Leaving and A Return”. (Courtesy of Steven Charles.)

Steven Charles gives his all without ever seeming exhausted. An artist who isn’t bound to even his own convictions, Charles is as free-flowing as a conversation between two Buddhist monks; both have points to make but neither has the intense desire to get their points across. In other words, his purpose speaks louder than his desire. Steven Charles will not forced his vision upon you, he will merely hold it near and dear to his own heart; he can only hope that you do the same.