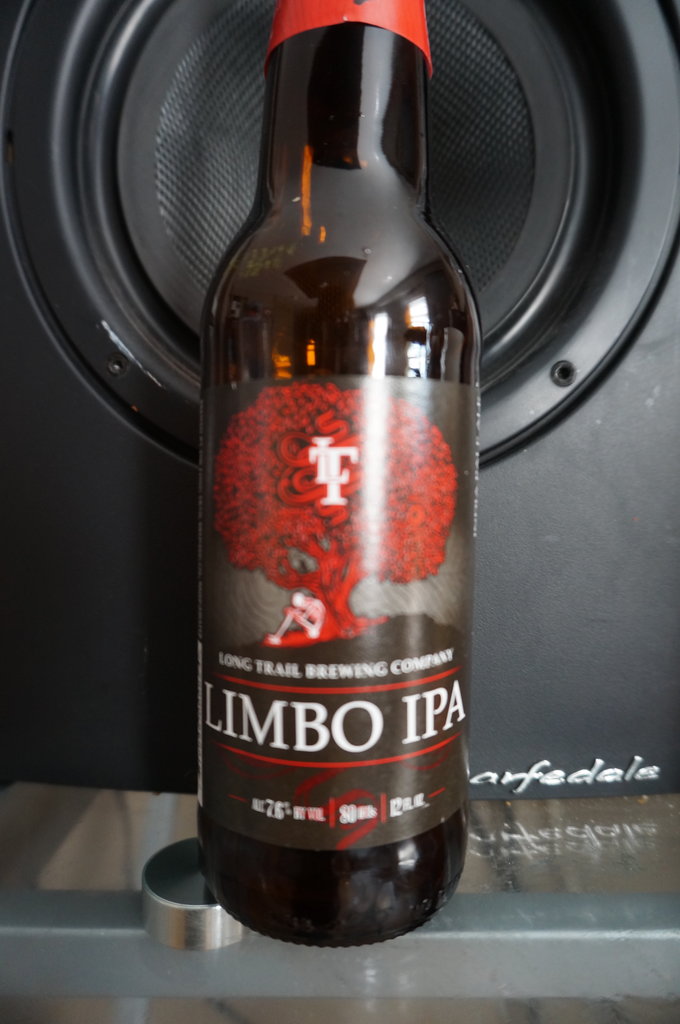 The box said “Long Trail,” but everything else said otherwise. Instead of their typical earth tones, this box was black and red with a more ornate type, sporting an illustration from the first canto of Dante’s Inferno. While anything titled Limbo will always conjure the first level of Hell, Long Trail claims it comes from a customer comment on their website. Limbo is the first from their Brown Bag regional pilot program to be launched into regular production, with a name inspired by an email demanding the beer become a regular release. Who are they to argue?

Equal parts heaven and hell, this is double IPA runs contrary to what I would expect a double to be. Where many are heavy in body, Limbo is relatively light. Where many can be syrupy-sweet, Limbo remains tart and almost refreshing, enveloping the palate in a manner similar to that of a Belgian white. While it maintains a clear light amber color, as well as a piney, floral nose, it has a strong note of orange peel. A welcome holdover from those initial flavors, the citrus lingers while the 7.6% attacks my throat and the fruity acidity flanks my tongue. The relatively long finish, is hardly a detraction, as there seemed no greater sin than to remove Limbo from my palate.

Somewhere between heaven and hell lies Limbo: a relatively uncommon double IPA which maintains its own balance between the flavors of a lighter Belgian-style beer and an American pale ale. The blend of Australian and West Coast hops and styles obviously has something to do with it, but whether trapped or standing alone, for once Limbo is something to be excited about.