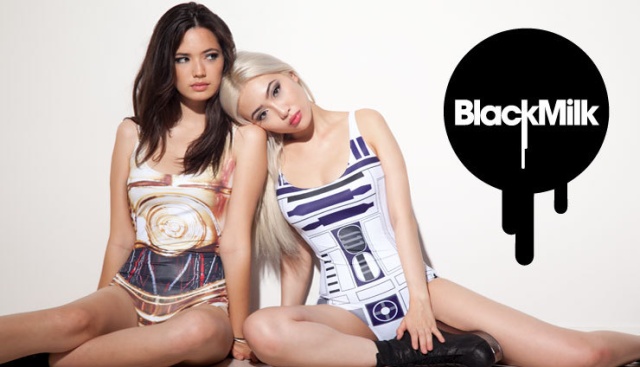 I am a purist. For those of you who are Star Wars fans, you know what I mean. For those of you who aren’t fans, you’re probably not reading this post, so it doesn’t matter if I explain what I mean. Like many Star Wars fans, I am always looking for some heady paraphernalia for decorative purposes or wear. Unfortunately for those of us who love Sci-Fi, rocking such things in public is… frowned upon, or to put it more bluntly, seen as the epitome of “uncool.”

But the days of public humiliation for the love of Star Wars are coming to an end thanks to the Black Milk Clothing company, who have just launched their Star Wars line! From leggings to bathing suits, Black Milk has turned the love Star Wars into a truly portable form. Watch their promotional video below to see for yourself (dibs on the R2D2 bathing suit…)!!

Matia Guardabascio (n.): editor at large; a spirited, intelligent female with the flair of a poet, and the soul of a wise sage.