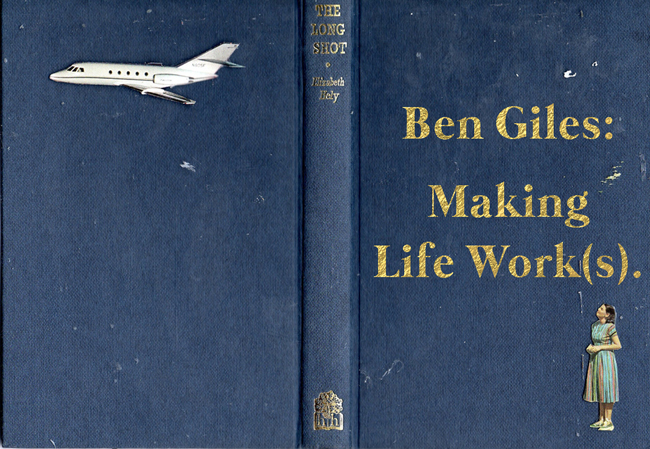 Perusing through the gallery of Ben Giles, a Pop artist from Suffolk, England, one cannot help but to be blown away.  Specifically speaking of his collage work, the imagery is abstract, surreal,  & appealing.  He utilizes choice images with mixed medias to assemble his masterpieces.  His manner of collectively unifying these elements to emote his artistic train of thought is most fascinating.

Ben creates a visual statement and with much examination one may be able to decode it within their mind as a fervent interpretation.  The humdrum combined with the radical is what makes his work captivating. 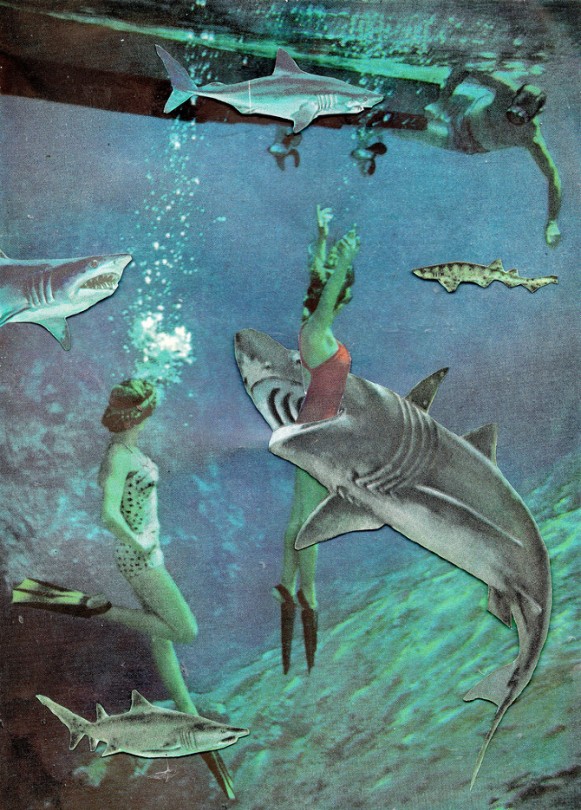 Cleverly & craftfully, Ben transfers imagery from the occipital lobe of his brain, into the heart and thus purging it manually onto a piece of canvas.  It then is to be scanned and doted upon by a world so starved of substance.  When asking Ben of his artistic process he explains:

“I try to have this constant stream of different creative mediums holding my attention, in terms of forming compositions and the final pieces often I will just find an image I really like and the piece I want to create jumps out at me, it’s an instant realization of the potential of an image and what I can create using it.” 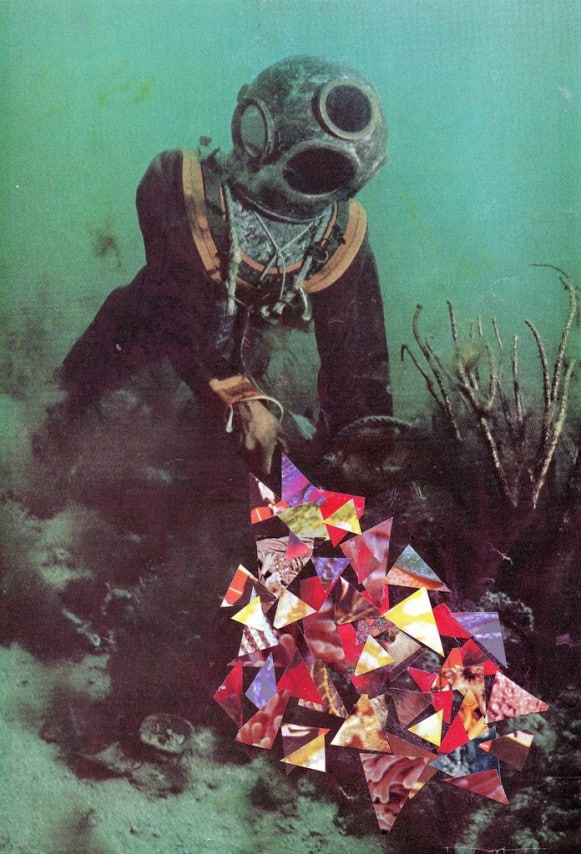 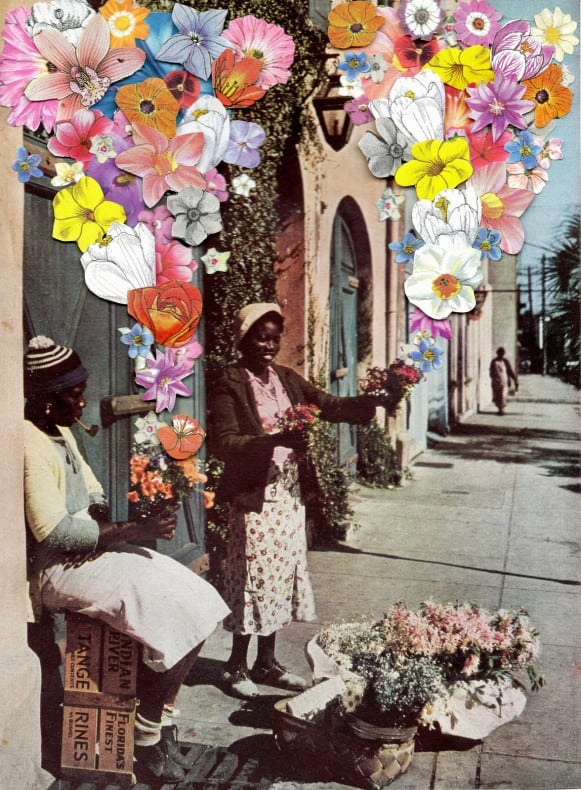 Emphasizing also that due to his current living situation (still at home with his folks) his creative process is limited.  He just immerses himself within television, music & film.  Also adding:

“In terms of ways I work, musicians influence me more, such as Zach Hills sporadic drum playing and the philosophies behind Storm and Stress.”

In other words, Ben’s creative process emcompasses a literal organically grown vision influenced by many day to day images and a personal musical euphony.  All this is made evident once one gazes upon his pieces.

Describing Ben metaphorically we can say he deepsea dives into his subconscious mind and isn’t afraid to share what he finds.   All the imagery he takes in, he then manifest upon a canvas.  There, an odd story is told and you are momentarily teleported to a place which is familiar yet wildly odd.  Ben does have a fondness for the natural aesthetic considering a lot of his works contain flowers and butterflies.  At times such images are bursting through the picture of a human anatomy diagram causing one to surmount that Ben must believe “true beauty is skin deep.” 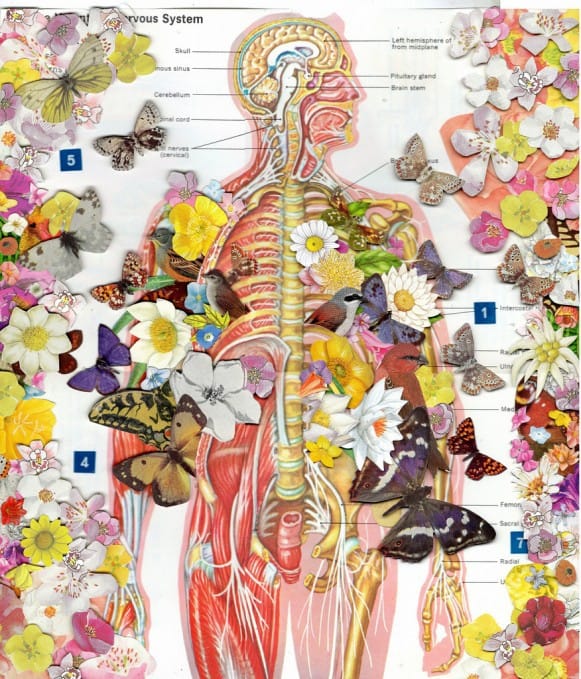 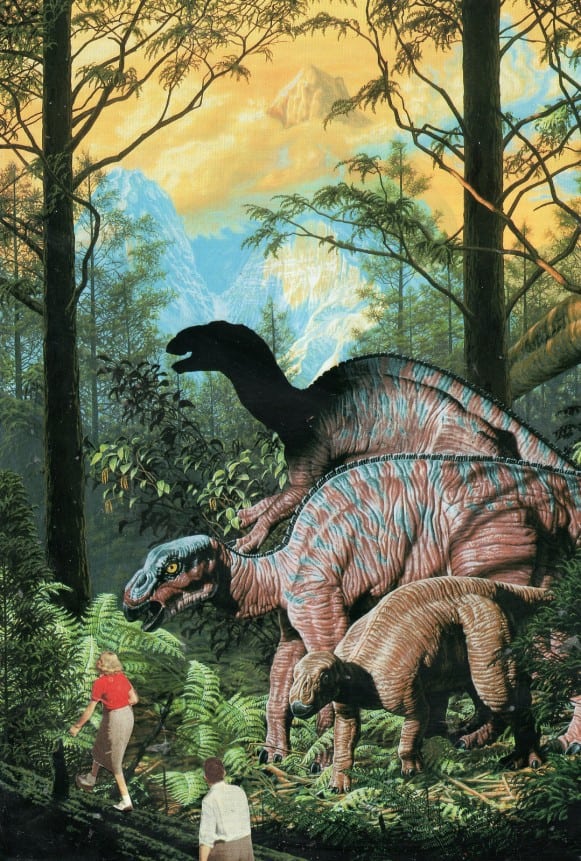 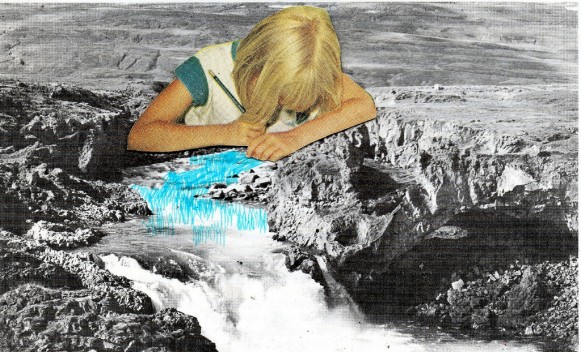 Desiring to know which artist have influence, I inquired. Ben answered:

“..without realization artist such as Picasso, Jean-Michel Basquiat, Kohei Akiba, Zach Hill, Brzeska and Stezake influence the way I approach portraiture and the colours and styles I use…In terms of bouncing ideas off of I love Nick Van Woert’s sculptures.”

Not completely familiar with all the artists he mentioned I found myself looking up some of their work.  What I found to be a common ground was the ethereal awareness of the human condition.  The use of what many may describe as absurb and still what others will recognize as a truth. 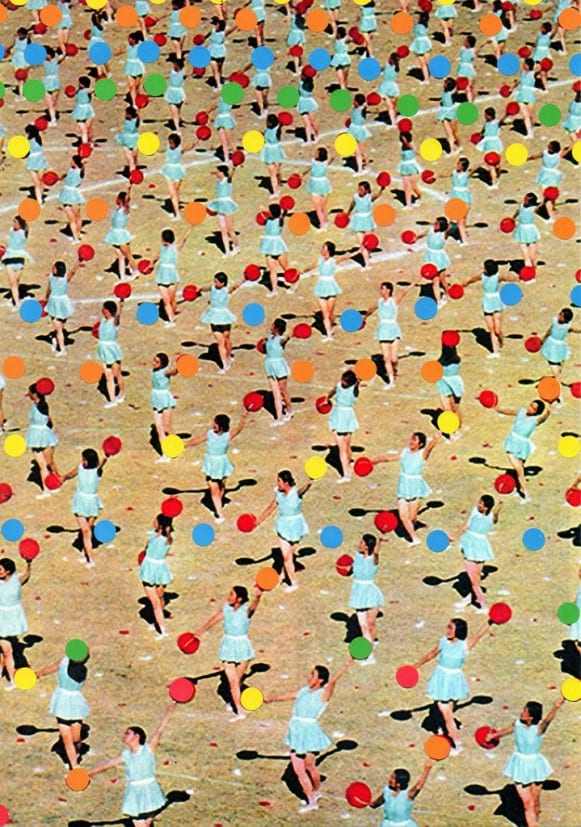