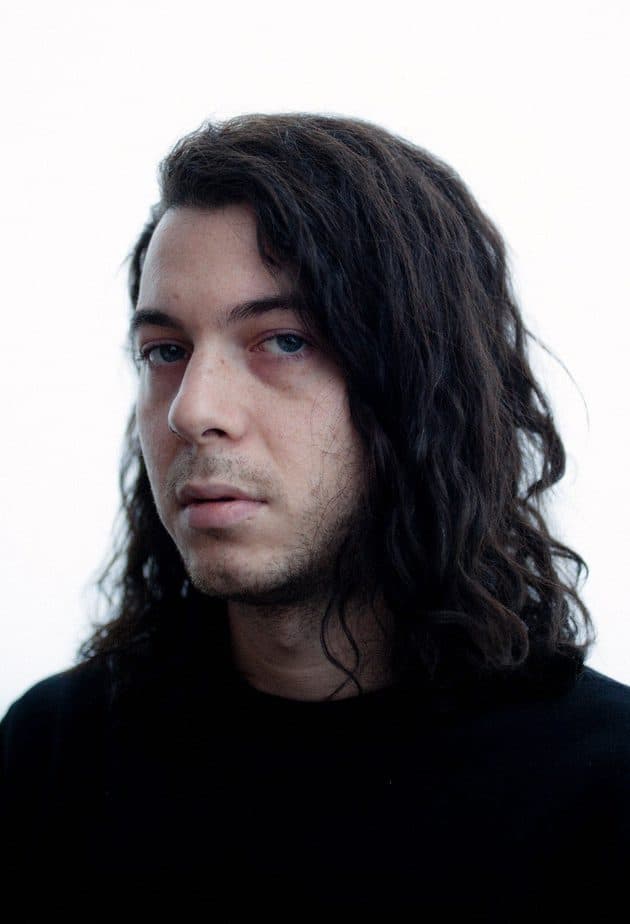 For our third bi-weekly feature here at Quiet Lunch, we caught up with Soren Roi, a performance artist and electronic musician who also produces a weekly event at Home Sweet Home entitled ‘Nothing Changes‘. He lives in Brooklyn, NYC.

J+A: Hi Soren, thanks for meeting with us on this rainy day.  What is exciting to you as a working artist right now?

SR: At the moment I would say primarily music and the moving form.  I started off in various punk bands in my teenage years which led me to a more experimental side of the music scene. Currently, I am using modular analogue synthesizers to explore a rawer sound. Also, from the visual side, I am beginning to incorporate more video and new media into my performances. 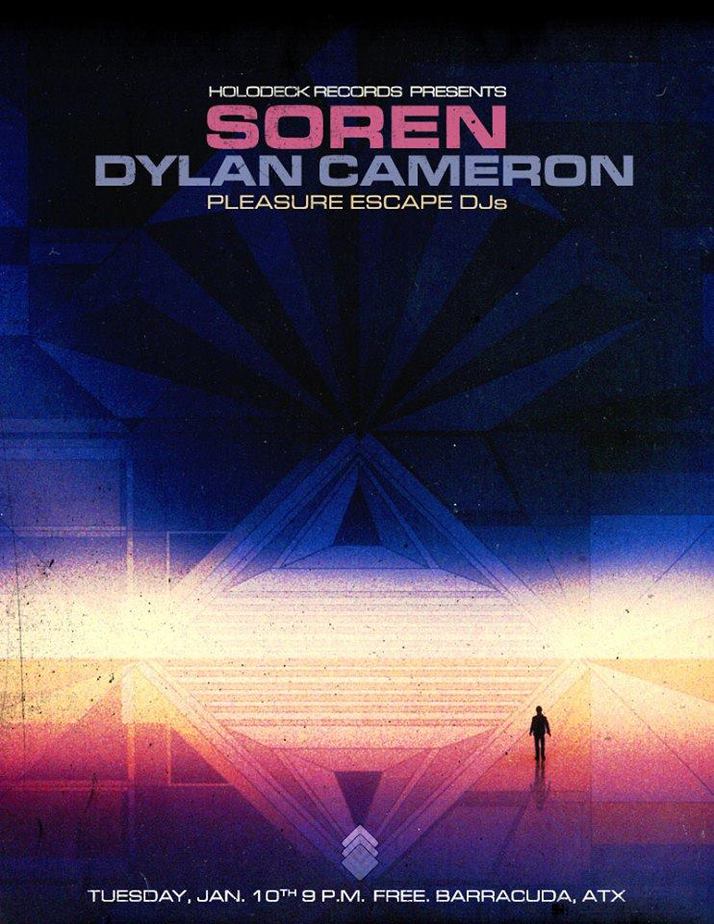 J+ A: You recently did a performance that might be defined as “spaceless” in which your performance did not have a fixed location or enclosure. We find this idea very interesting, can you elaborate on this concept?

SR: Yes, actually that project is called “Public Hymns” which also includes a friend of mine, Tricky Youth. We chose five locations in NYC, where he would perform his spoken word accompanied by a soundscape performed by myself using modular synthesizers. Every three hours we would move from one location to the next.

J+A: And this was actually live streamed via Facebook. How do you feel this new element affected the nature of the project, being that the project in itself is transient?

SR: It was an effective tool in this case. Due to the huge presence that Facebook has in many people’s lives it kind of made sense to take something that may be inaccessible to many people and place it in a central location. It also serves as a great way to document a project of this sort. Originally this idea came from my collaborator (Tricky Youth). He used it many times to document his own work so we thought that in this case, it was a good idea to implement it. We may have used it in a way that it was unintended for, but it served a greater purpose since it would have been difficult for a huge audience to travel along with us. 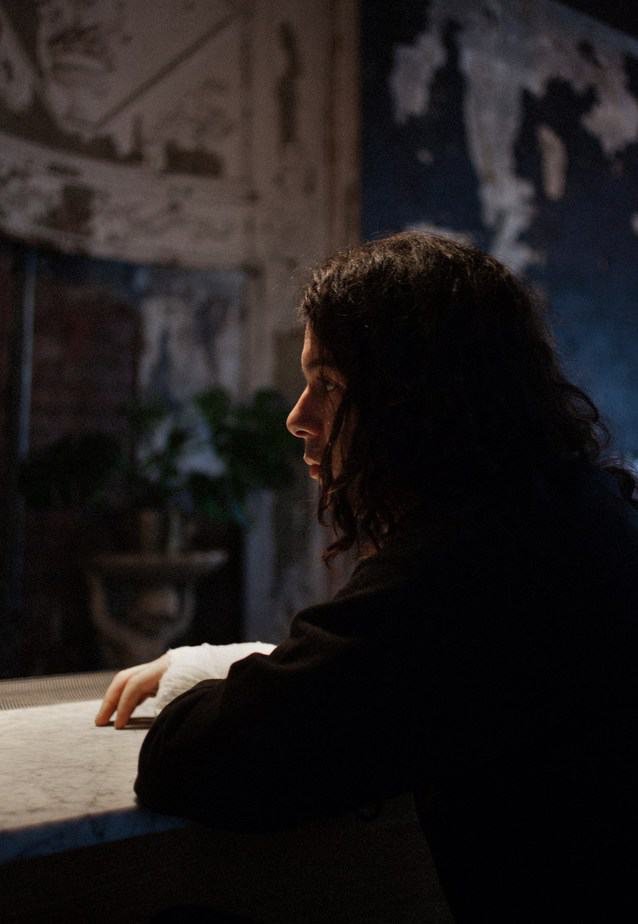 J+A: If you had the option of living anywhere would you move? What makes you engage with your community?

SR: Well since I originally grew up in NYC my perspective leans towards being part of a community heavily. I spent my childhood and teenage years living in Park Slope, Brooklyn, primarily. Actually, I have never left the city. I currently live in a performance space that has been putting together punk shows and organizing many related events for the past ten years. It’s called 538 Johnson. The building has many different shows that can happen at any time. It’s a pretty diverse group of people and I am pretty happy living there.

SR: Well if something incredible that was life altering came my way I might actually. Mainly due to the fact that I have been here so long. So yes, if it was the right thing I would consider it.

J+A: With all of the attention that Williamsburg/Bushwick has been receiving in the past 10-15 years, it seems a bit like lower Manhattan has been in its shadow. You have been organizing and curating a pretty unique event in the Lower East Side/Chinatown for a while now, could you tell us a bit about it?

SR: Yes, I got the opportunity to run a series of shows (Nothing Changes) through the venue Home Sweet Home. It definitely fits in historically with the various music and artistic movements that have happened in the L.E.S. and I feel pretty lucky to be able to continue it and promote music and art that I think is interesting. Especially when touring artists are coming to NYC. Manhattan at the moment can not be as friendly as Brooklyn is so it is amazing that I get to keep this going. 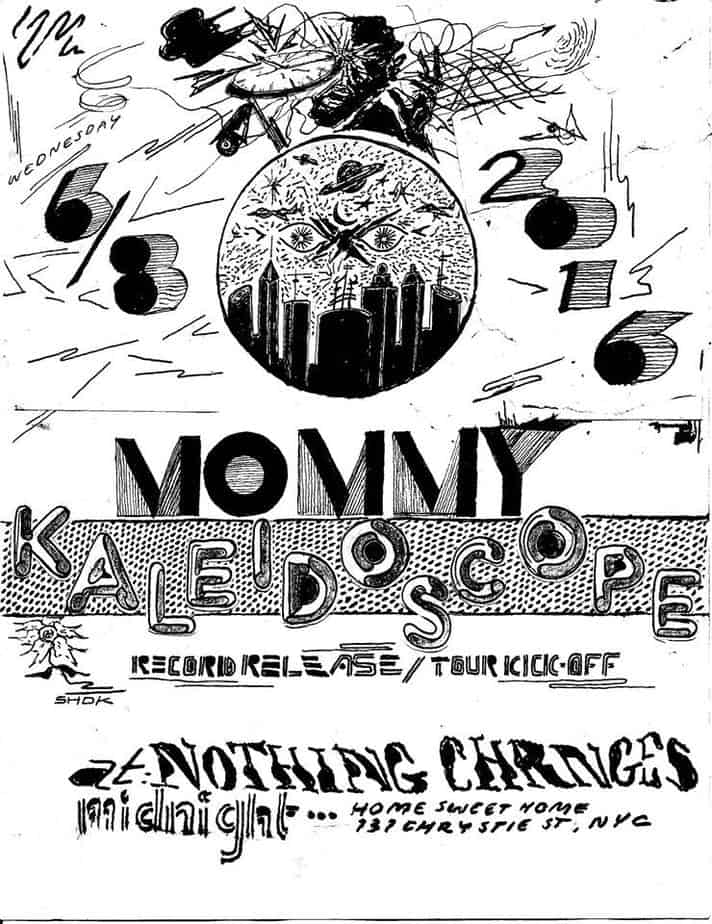 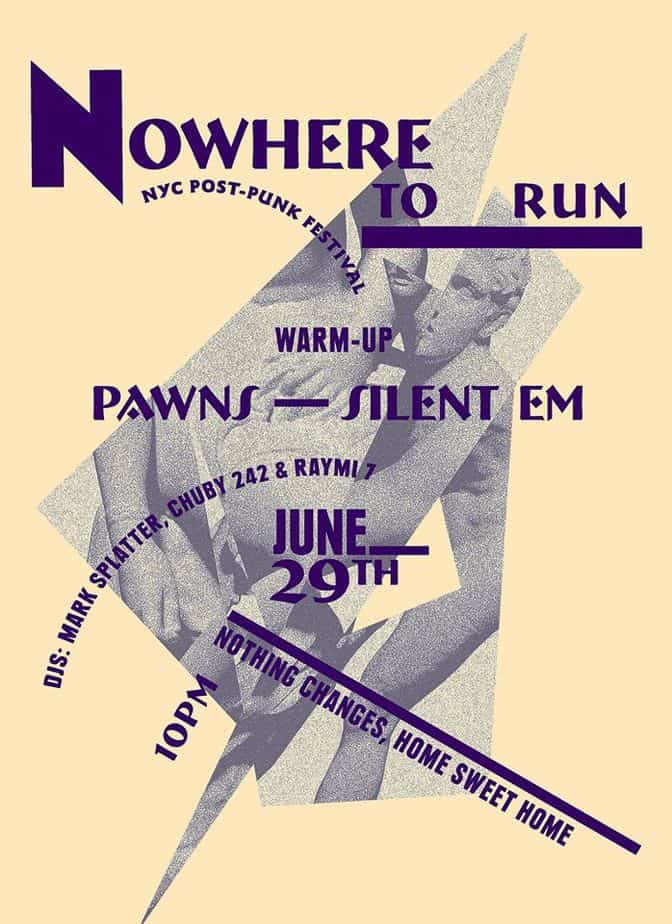 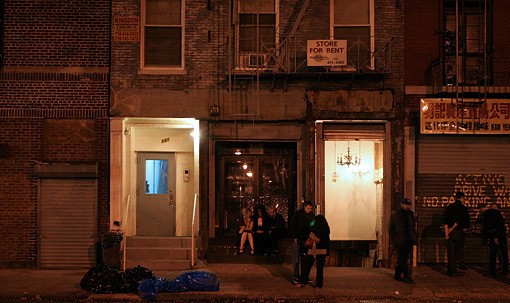 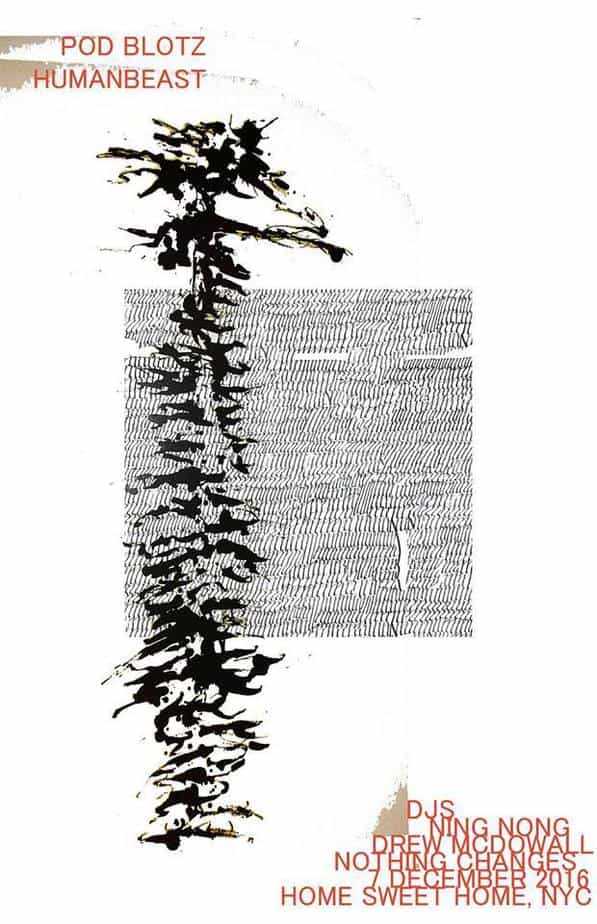 Flyer for a event @ Nothing Changes

J+A: We’re very interested in what has been going on at Nothing Changes and Home Sweet Home. We have been going to those performances for almost ten years, separately, before we (J and A) even met. It is an important fixture in the neighborhood but it must be difficult to keep something that showcases as many avant-garde performances as you do going. Is it?

SR: Yes, Keeping anything going in this city that is off the cuff is a bit tricky. Originally we were lucky to inherit the space from another party called “Wierd” which is what you’re talking about going to way back. It was put together in 2003 by artist and DJ Pieter Schoolwerth who also ran a record label Wierd Records. It ran successfully for many years but when he wanted to step down from running it he passed off the night to myself and my partners. We decided to reformat some of the ideas behind the event and renamed it. Basically just opening it up to some other genres of music and art that previously were not featured in the past. 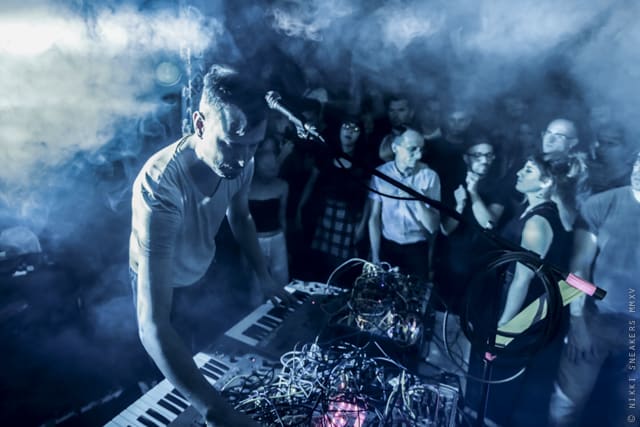 J+A: Political thinking has always been present in the punk scene. Coming from that background do you see your work shifting or changing in any way with our current political situation?

SR: Well actually “Public Hymns” the project I was talking about earlier was partially influenced by the political environment that is going around right now. We performed the project a couple weeks before the official election day and everyone really believed Trump was never going to be elected. After the results, it was a shock to both myself and Tricky.

J+A: Yes! It’s been a shock to us too. Thank you, Soren. We appreciate you chatting with us today and even more so that you’re keeping original and experimental music here in the L.E.S.

You can check out Soren’s debut on HandMade Birds here and follow him here.

‘Nothing Changes’ is every Wednesday at Home Sweet Home.

Maybe we’ll see you there!

Artist duo Jared Oppenheim and Alannah Farrell work in mediums that include painting, multi-media and installation works.
Their work has appeared in publications including Quiet Lunch, Juxtapoz, NY Magazine’s Bedford + Bowery, New York Optimist, Next, and The Wild Magazine, amongst others.
Together and separately their work has been presented and curated in London, Berlin, and in NYC. Currently, they live and work in the East Village, NYC.