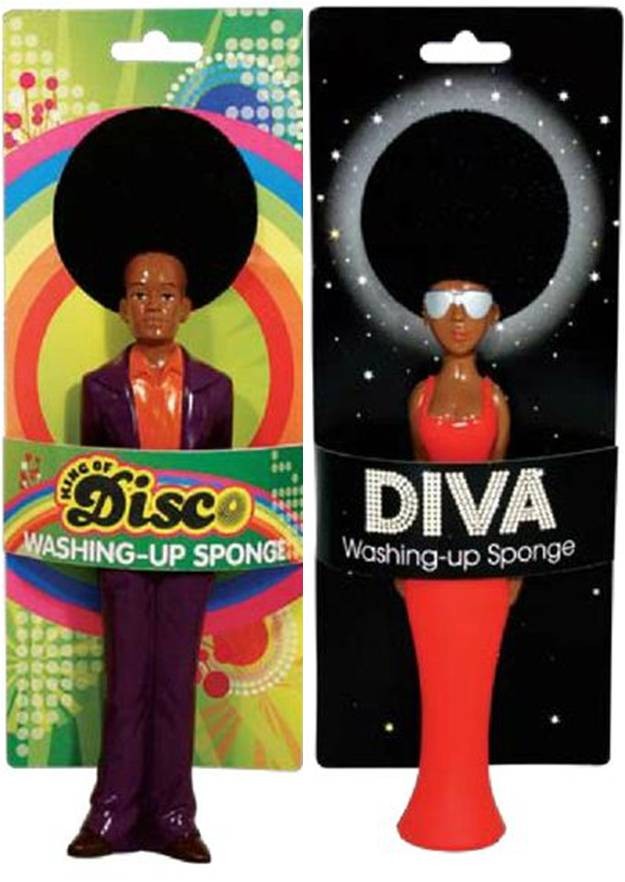 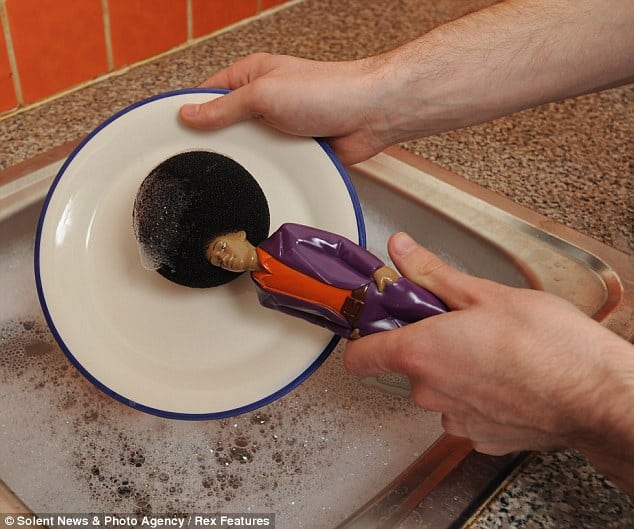 British makers Paladone have come under fire from campaigners for its latest series of dish cleaning products, which feature caricatures of black “soul” figures with brillo-textured afros. The Washing Up Brushes line also includes a punk-inspired brush, where the mohawk is a bristled scrub brush; however, it is the seemingly stereotypical “Diana” and “Disco” sponges that have critics up in arms. 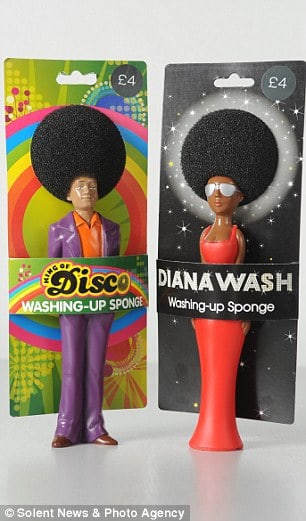 The immensely popular UK brand hasn’t been the least bit slighted by the backlash; a company spokes man stated that the series have “sold hundreds of thousands of pieces and have been a phenomenal success.” According to the UK’s Daily Mail, The Unite Against Fascism general secretary Weyman Bennett stated:

“This is not appropriate for the 21st century to show images like that. It reinforces negative stereotypes and ideas. Although it’s aimed at being humorous, sometimes it’s not funny. We’ve spent 40 years removing racist imagery out of general politics, removing golly wogs, removing black and white minstrels, and it would be a shame if it crept back in. Trying to compare black people’s [hair] to brillo pads is not a really positive image – it’s not appropriate.”

For the full story, head over to the Daily Mail online.