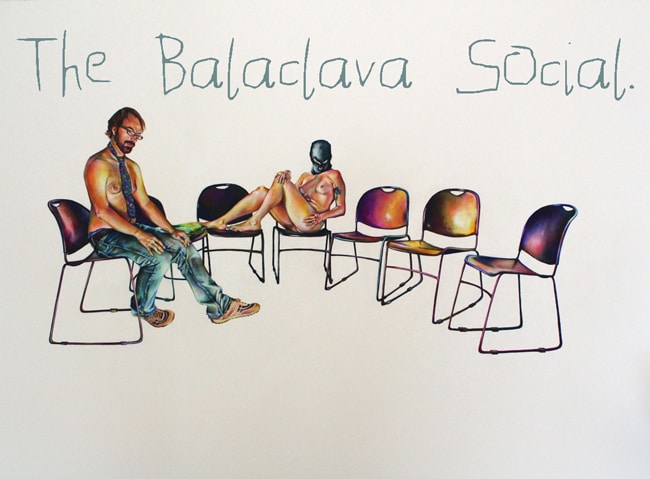 “In December drinking horchata, I’d look psychotic in a balaclava.”

Michelle Ramin has something to hide. In fact, we all do and it is that common association that is the very fabric of Ramin’s current works. 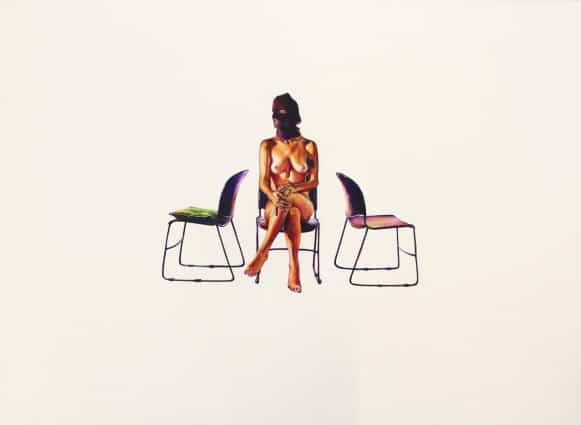 “It’s All Fun and Games Until Somebody Wins”. (Courtesy of Michelle Ramin.)

When you look at Michelle  Ramin’s art you think of one or two things. The first being a verse a from Vampire Weekend’s “Horchata” and the second being the Adult Swim show Delocated. What doesn’t come to mind however is the significance of the balaclavas and why the make a repeated appearance in every piece.

“People will take what they will from my art and I’m fine with that. Once the piece is finished, I’ve always felt that I am no longer in control of how the audience perceives it. However, my ultimate hope is that the audience considers my conceptual and aesthetic intention within the work and applies that to their own unique knowledge base.” 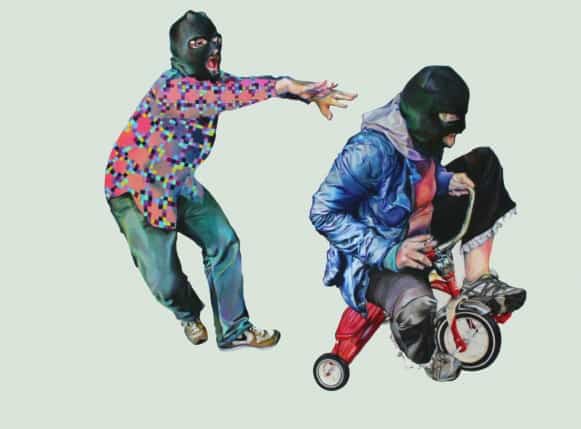 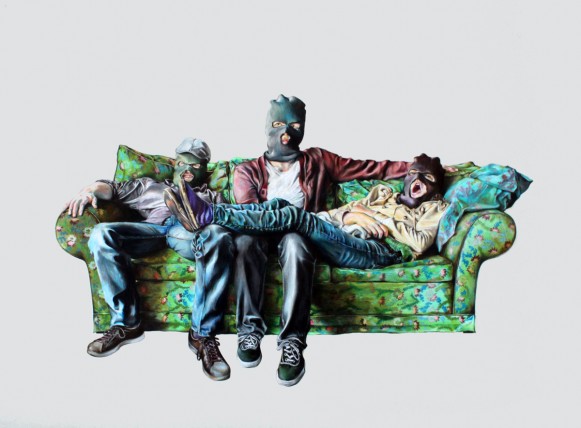 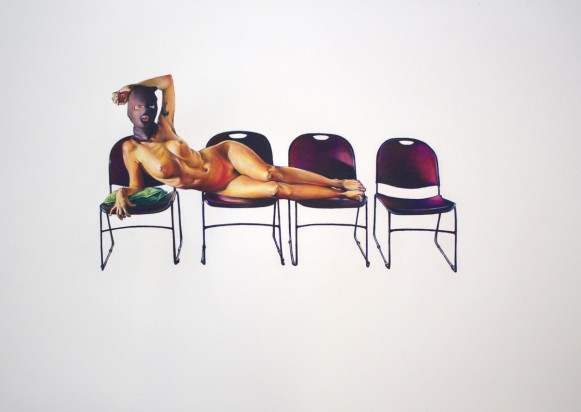 Self Portrait. (Courtesy of Michelle Ramin.)

We caught with up with Michelle Ramin in an attempt reveal the meaning behind the infamous balaclava cameos. We just thought it looks dope but we know better than that. Ramin is trying to tell us something about ourselves. She is revealing a fact about the human condition.

On the significance of the balaclavas:

“For me, the most important aspect of the mask is concealment. As a close family member of a prescription drug addict, I wanted to discuss the innumerable ways in which concealment has affected my life. I wanted to incorporate an iconic image that would speak to this personal story but also to the more universally recognized and inherent political attributes associated with masking. From Pussy Riot and Chinese sun bathers to bank robbers and the Occupy movement, the balaclava continues to intrigue, disturb and even act as a symbol of protest for the contemporary moment. “ 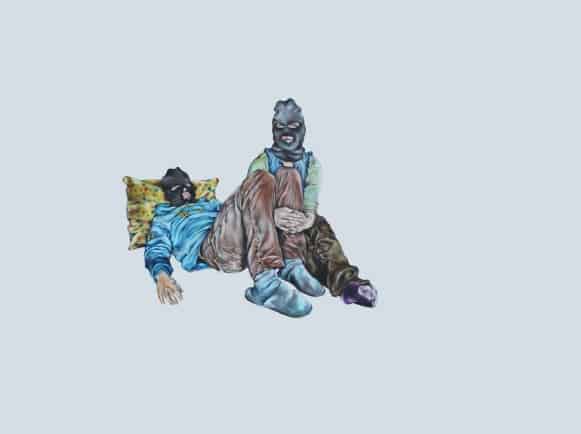 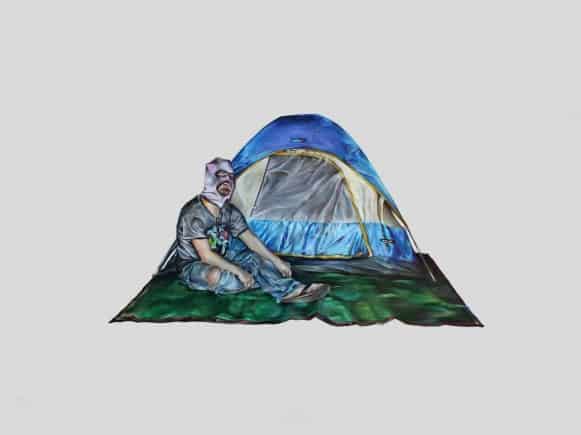 Now, you may be thinking that Ramin is a one trick pony who is cashing in on the provocative appeal of menacing headwear but you would be far off base in doing so. Like any great artist, Ramin is undergoing a personal evolution. 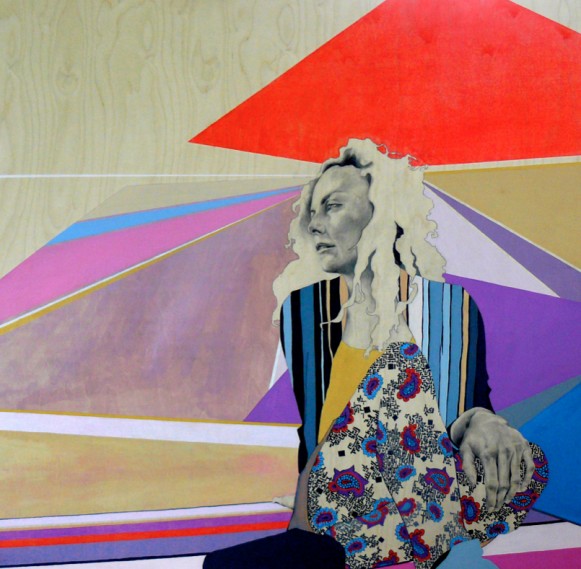 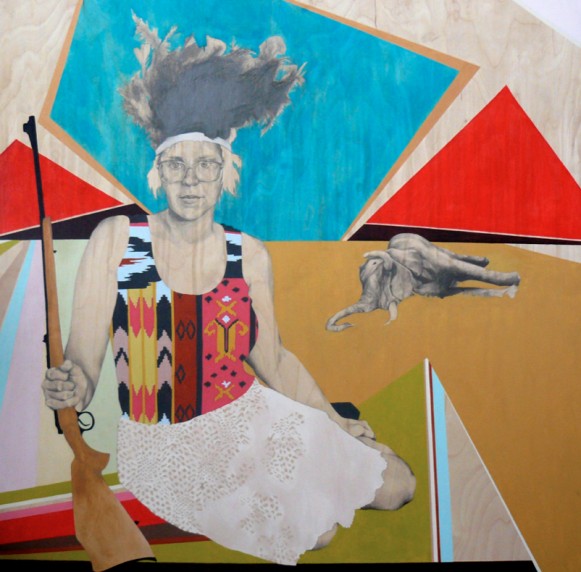 “Jennie Got Her Gun”. (Courtesy of Michelle Ramin.)

Some of your early works really seemed to focus on pattern but now your focus seems elsewhere, how did that shift come about?

“The shift occurred at the beginning of graduate school. Although I feel that pattern still does play an important role in my work, it’s no longer the most important aspect. When I got to graduate school, I really wanted to push narrative and also discuss more intimate and personal subject matter – something pattern on its own could not do for me.”

Altogether, Michelle Ramin is an artist who isn’t afraid to convey a message through unconventional means. She isn’t one to shy away from telling us a truth that we all deserve to hear. 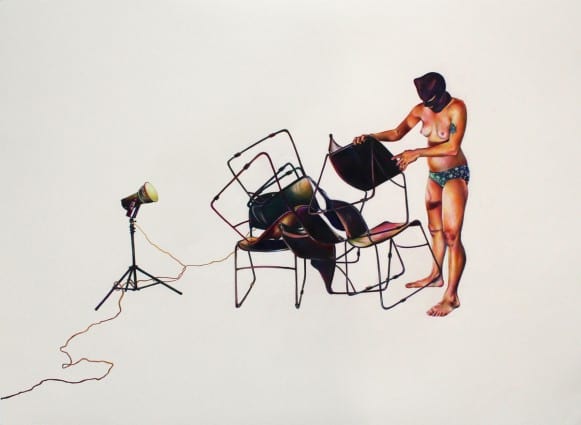