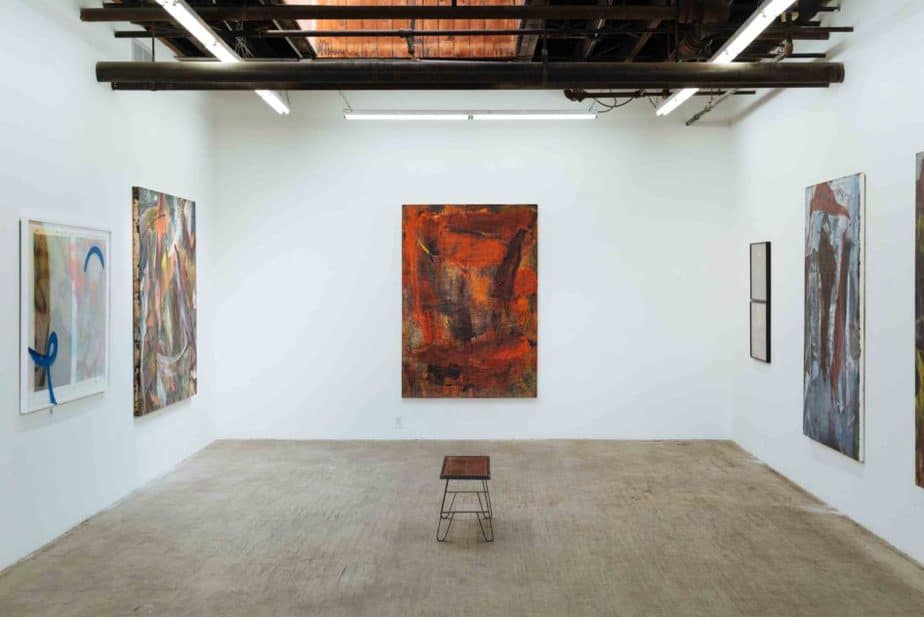 Before getting into the work, the name of the gallery deserves some careful explanation. Grace Noh, John Doe’s Curator-who sat in during the interview in Rubin’s Brooklyn studio-let on that the state-of-the-art space is owned and designed by a successful architect and sculptor whose name I won’t mention here. It’s probably a lot more fun to figure it out on your own anyway, which shouldn’t be too difficult. I would also imagine when dealing with a space named “John Doe,” pulling the curtain back on the wizard behind the scenes like a nosey little Toto would be a little lame.

Michael Chandler, who moved to New York from Montana in 1980 after falling in love with the city during earlier visits late in the previous decade, discovered the gallery during its inaugural exhibition in January last year. This was Hollis Dark’s Effusion. Chandler visited again this past December for May We Share Our Minds?, a collaboration between John Doe’s relatively new curator, Ms. Noh, and artists Shiuan Chang and Simona Prives. By late 2017, Noh had already been introduced to Charlie Rubin, who went to grad school at Parsons with a mutual friend, a photographer now based in Beijing. Over the next few days, some kind of internal, emotional connection was made to Rubin’s work while Noh was exploring Chandler’s website. 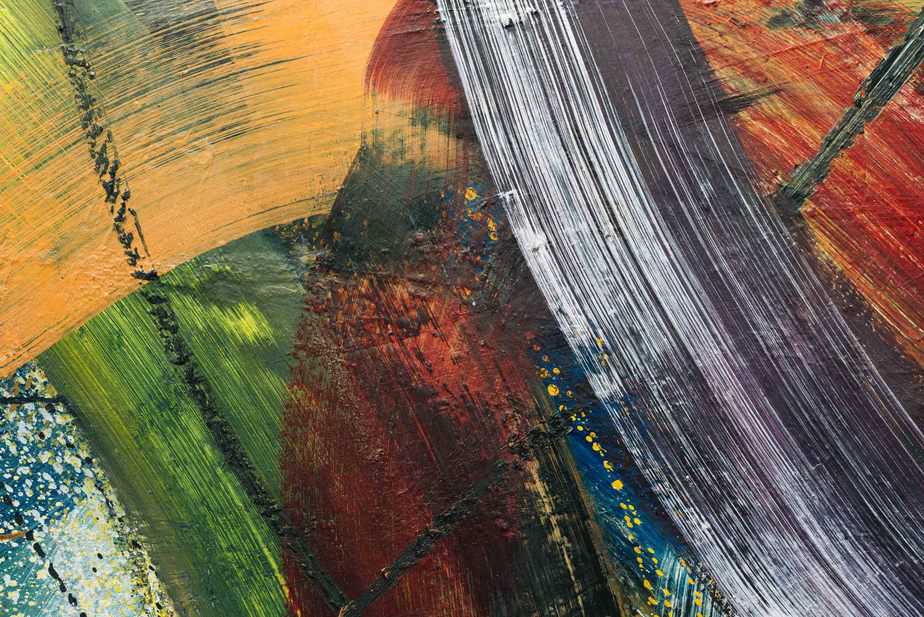 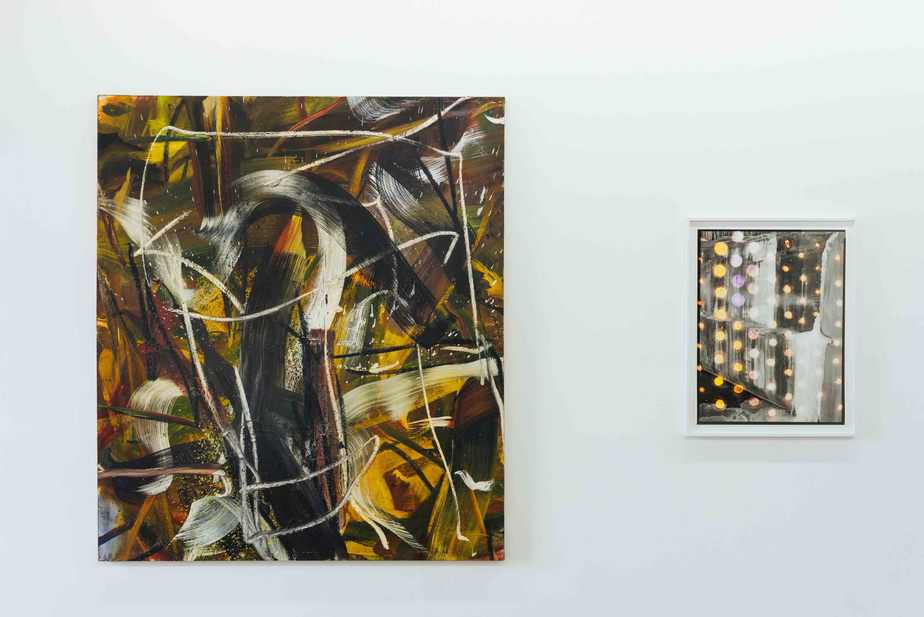 “We were thinking of just doing a photography show, but then I saw Michael’s work and for some reason, intuitively perhaps, I mentioned (to, ahem, John Doe) that it might go well with Charlie’s work,” explains Noh. “Despite working with two different mediums- photography and oils-and hailing from two different generations, something just clicked.”

While visiting Chandler’s studio in Chinatown, the offer was made to do a joint show with a young photographer dealing with abstraction in a similarly meditative capacity. These two artists, interestingly enough, met in person for the first time during this interview.

“It all happened very fast,” says the laid-back Rubin of the show’s incubation process, which is a bit ironic considering the title. Rubin, who has seen his commercial photography work featured in The New York Times, VICE and Cultured, to name a few, made a surprising public declaration on Instagram almost a year ago that he was going on a self-imposed social media hiatus in order to focus on his personal work, right when his numbers were rising in tandem with his increasingly ubiquitous commercial and editorial persona. “Photography just became a little boring for me, especially considering all these people walking around with great cameras on their phones,” he added. 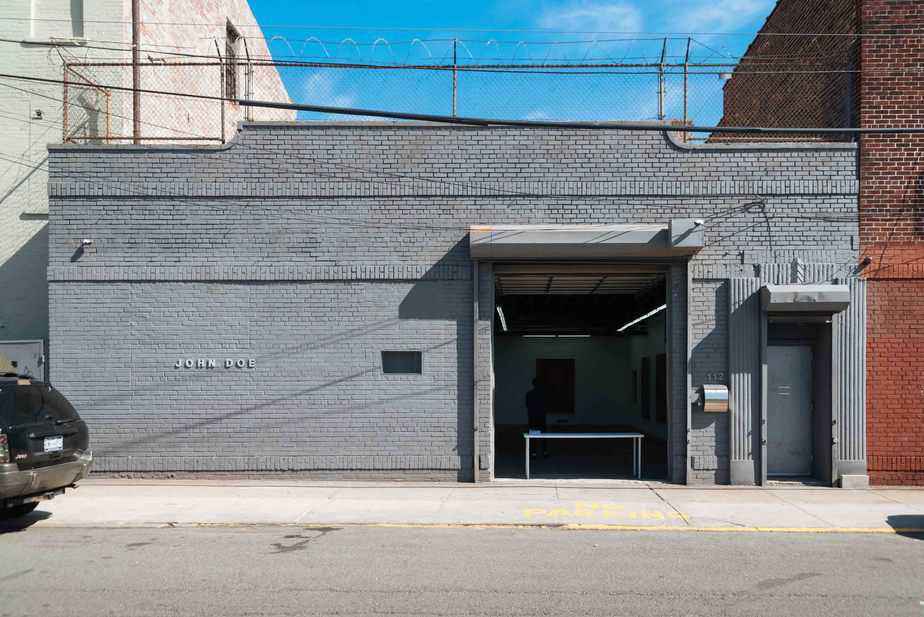 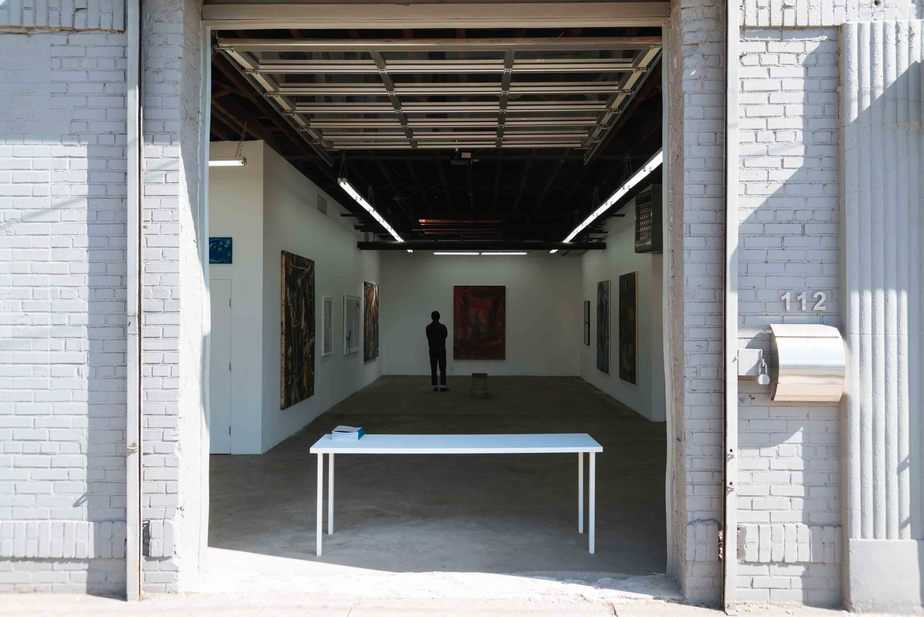 Chandler, who is somehow capable of out-mellowing Rubin, doesn’t mess around with social media, and perhaps because of this, seems like the most relaxed guy on the planet. Despite all this, when searching for thematic through-lines between their respective works, the word “anxiety” kept bubbling to the surface.

“When I found out the name [of the exhibition] was Slow Motion, I thought about how right before a car crash, everything slows down,” says Chandler. “I don’t think scientists know why particularly, but I think it has a lot to do with how the brain processes time and experience during turmoil or crisis; it’s racing, so everything else slows down.”

This crash, whether immediate in a micro sense, like a car accident, or your brain crashing from too much stress or anxiety, or a school shooter crashing through the door of your classroom, could also be scaled up to encompass a global economic crash for instance, or a tidal bore crashing into Downtown Manhattan, or a meteor or hydrogen bomb crashing into Earth, etc.

What seems to be happening right now is a confluence, perhaps a collision even, of micro (personal) and macro (the human species as a super-organism) anxieties, which we’re attempting to process in full view of our friends and family on social media. This of course leads to all sorts of conflict and despair. Throw in the simultaneously oppressive nature of FOMO and it’s no wonder people (especially of the young variety) are losing their minds. With Slow Motion, Rubin and Chandler are acknowledging the reality of these anxieties, but are exploring the nature of agency and intention in how we deal with them, especially as first world citizens with first world problems. 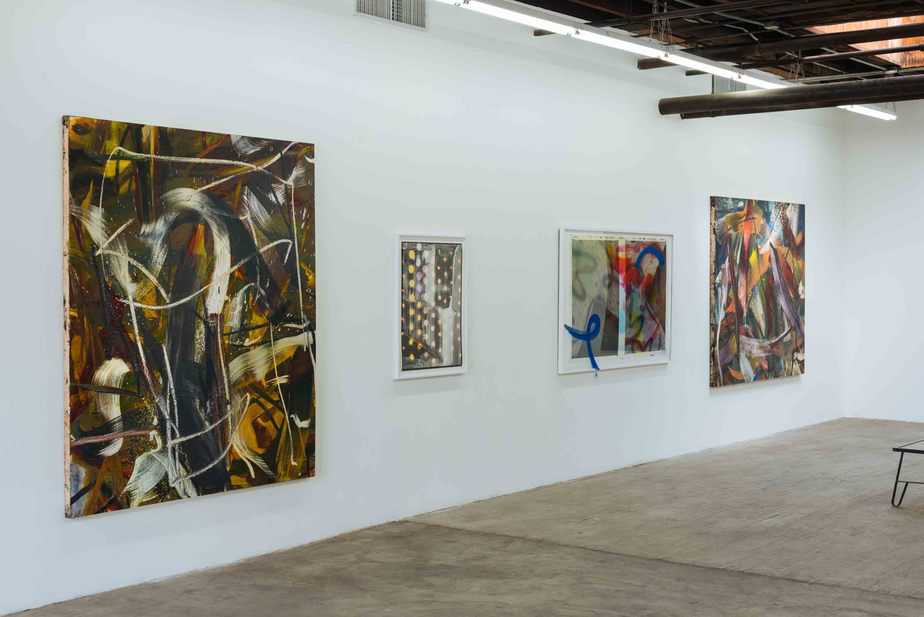 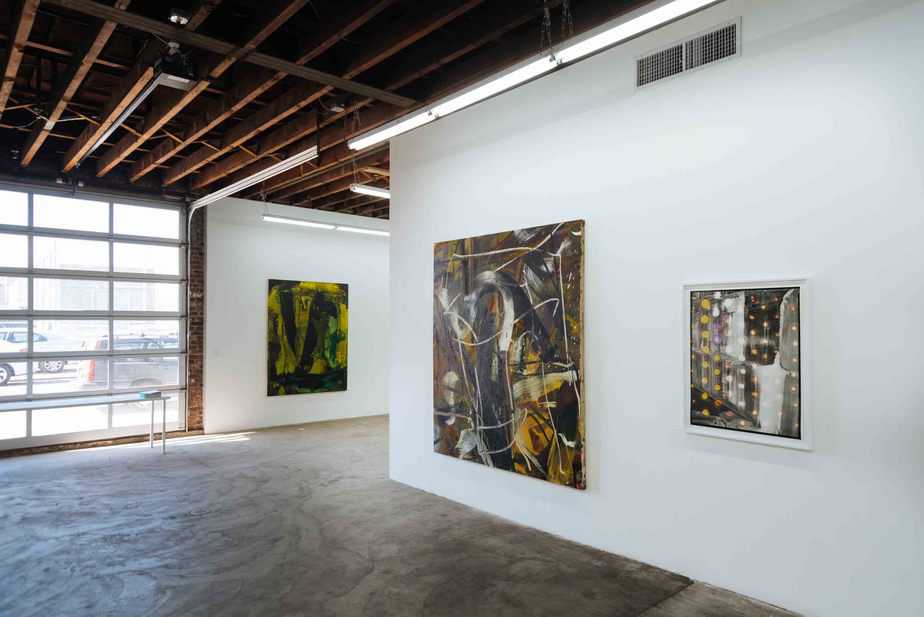 “With abstract work, you can bend the concept different ways,” says Rubin. “On first glance, our work goes well together, as we’re both talking about the same meditative things: What’s artificial and what’s real? Michael’s coming from a different place but we meet somewhere in the middle.”

Slow Motion filters out the overtly political and invites the audience to meditate on the nature of the works in conjunction with each other, but also the show itself, as a tool to alleviate earthly anxiety. As Chandler notes, “meditation can alter time.” Being from different generations, Chandler and Rubin might be offering up slightly different emotional cues for dealing with this larger existential dread that seems to be plaguing so many. For artists, the anxiety could come from the lack of resources in a changing but always difficult and competitive NYC landscape, along with the nature of achieving and maintaining a successful and relevant career, all while nurturing an internal artistic spirit. 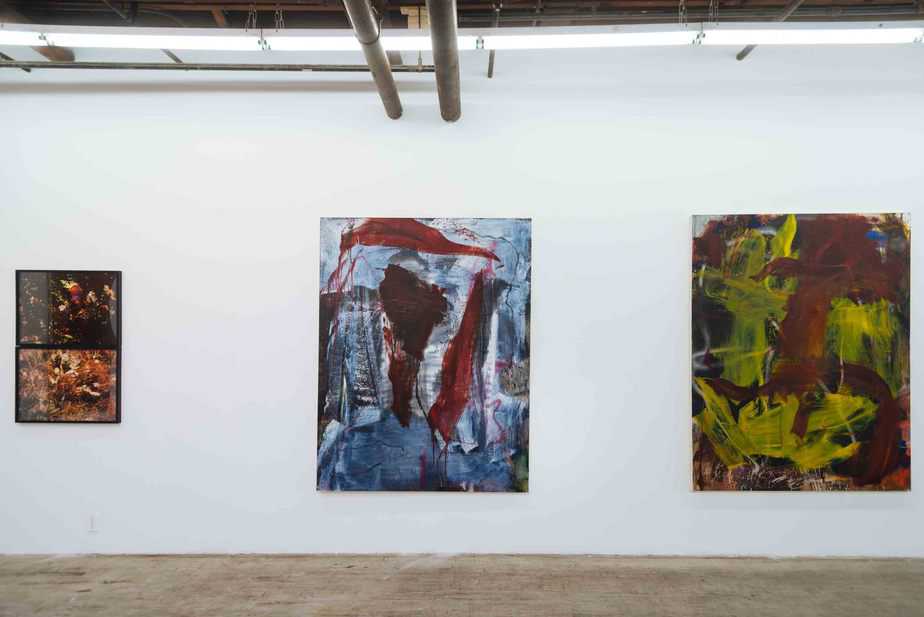 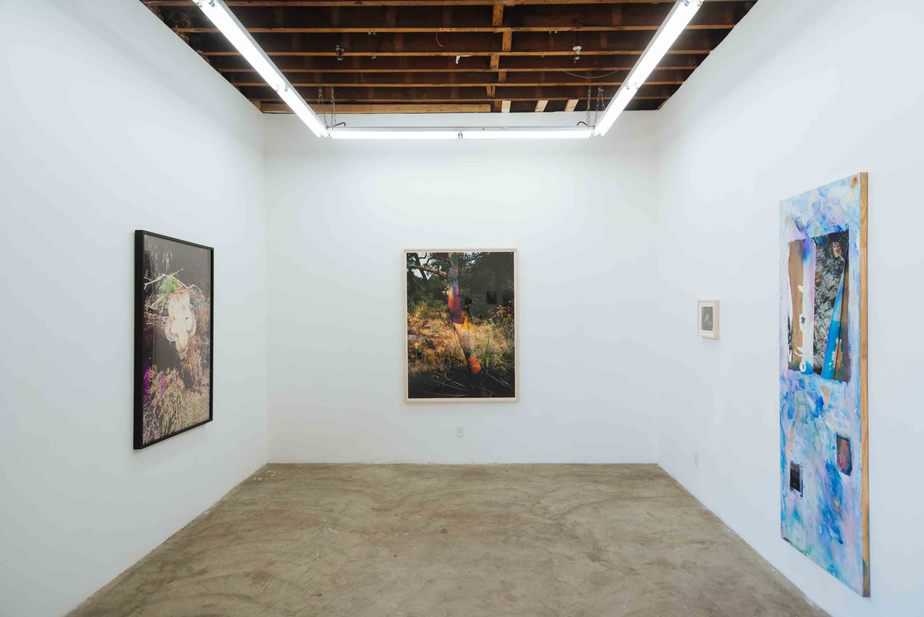 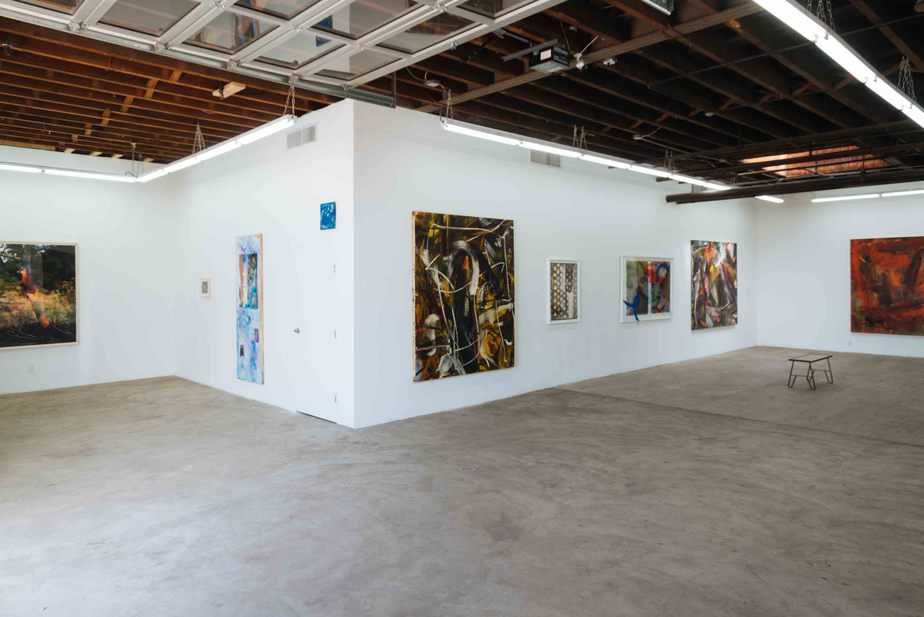 “There’s no making it,” says Rubin with a serving of air quotes, while leaning back casually in his swivel chair. “If you can find a way to live as an artist and keep making work you should be celebrated. Sometimes what you think success is doesn’t fully add up once you get there.”

Here Rubin seems to silently defer to the long and silver-haired Chandler, who happily serves up a small, knowing Lou Reed smirk. Chandler saw a lot of success in the ‘80s especially in Milan with The Salvatore Ala Gallery. He also did his thing with Patti Astor at Fun Gallery or at the Mudd Club, but he doesn’t wax on endlessly like so many artists who conflate nostalgia for real anthropological insight. Chandler survived the the AIDS epidemic and Ronald Reagan, but as far as generational musings go, he’s more excited to be showing in the immediate here and now. “I don’t really do too much dipping back there,” he says. “The East Village had its heyday for maybe four years tops (78-82). It was fun and great while it lasted.”