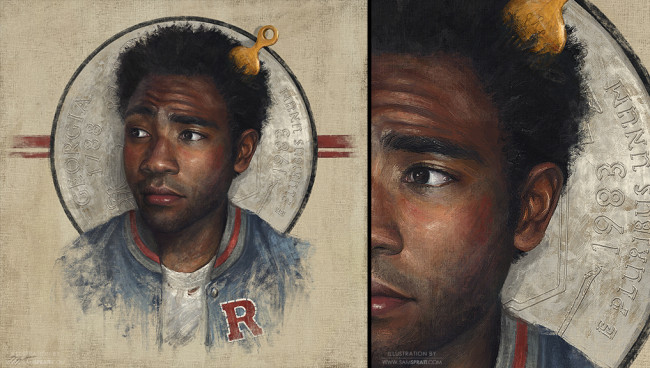 America’s most beloved painter, Norman Rockwell, graced the front pages of The Saturday Evening Post for many years with cherubic, early 20th-century images of everyday life. As our country churned politically, Rockwell’s work reflected the cultural bursting-at-the-seams in pieces like “The Four Freedoms” which was featured in 1943 and “The Problem We All Live With” in 1964.

Rockwell’s work, influenced by the perception of privilege in everyday American life, sidled off toward the end of the Sixties. Since then, that perception has mutated in a number of ways.

New York artist, Sam Spratt, who is also Gawker Media’s first staffed illustrator, looks to tackle that mutation. His series of paintings, American Royalty, pays homage to Rockwell’s style and his trappings of Americana, but with the grit of inequality that plagues our country today.

The collection of ten paintings was commissioned by rapper Childish Gambino, or Donald Glover from the TV show Community. It’s distinct purpose to show a side of Americana differing from Rockwell’s rosey-cheeked, pat-on-the-back, aw shucks! vision.

The images exhibit the same expressive quality and deep shading of Rockwell’s. Some are lighthearted and tender, free of the despair lingering beyond the walls. Others highlight that despair.

In the piece titled, “Summer,” a sitting white woman in a blue blouse and flowing spring yellow dress braids the hair of an exquisitely relaxed, black male in jeans and tank top. They are at ease, smiling incandescently and, one could presume, are intensely in love with each other. Despite the patched walls, the sun’s energy is felt. This moment of interracial affection is more common today than ever, but in Rockwell’s day it would have been considered a sin by many. 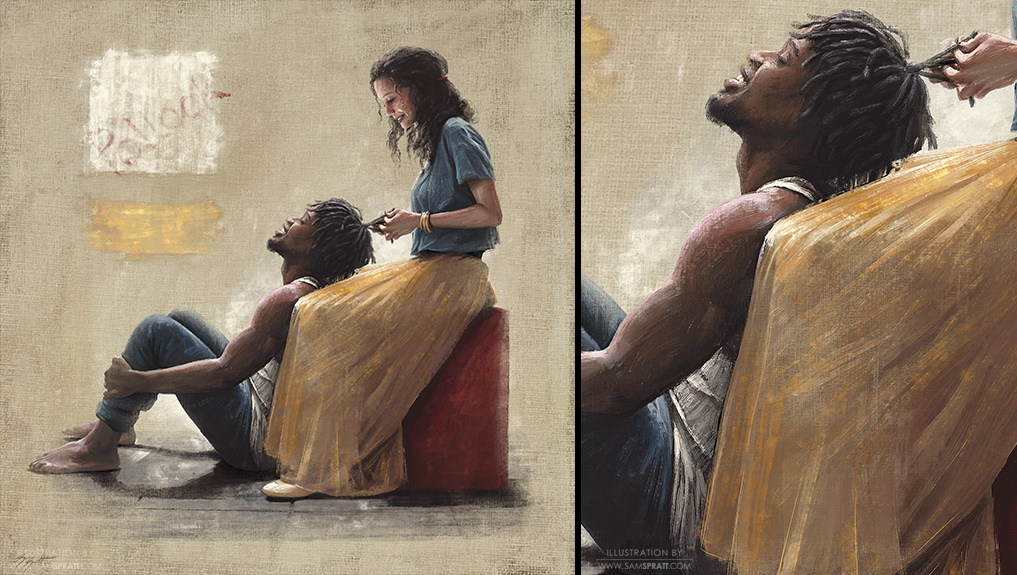 “Tag,” on the other hand, shows the world beyond the walls. A defiant, milk-white cop with a half goatee stands above two black males in red and blue shirts, shorts and with hands bound behind their backs. His expression is nonplussed as he writes the ticket. The two men on the ground are seen from behind, but a glimmer of facial reaction shows one in the grips of an injustice too great to battle. The racial tension is tight. 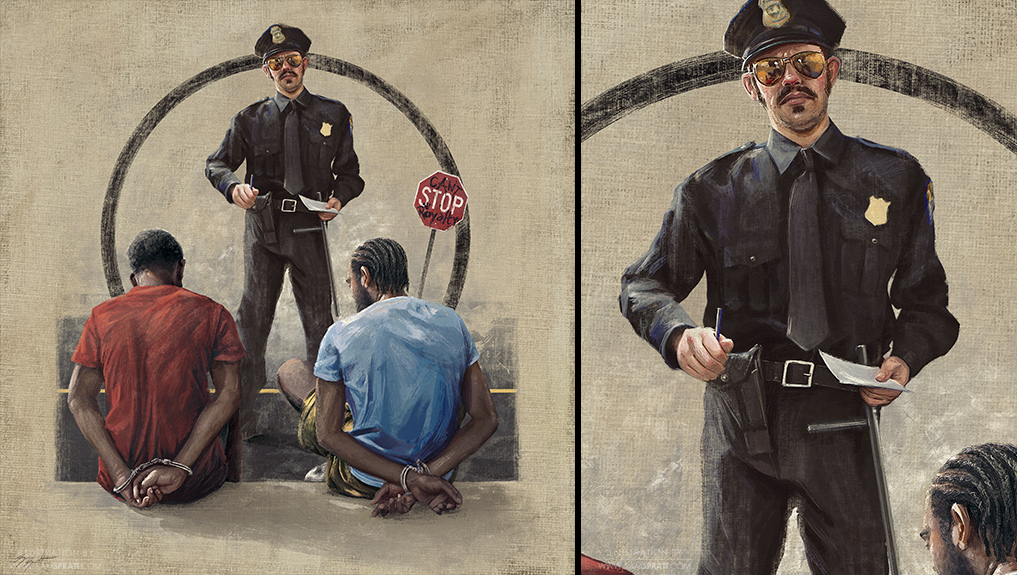 Rockwell’s America is long gone, preserved in postcards at gas station checkouts. Spratt’s series, in turn, represents the urban livelihood that has grown and sprawled since then. Some faces are graced with intense struggle, others with bemusement and infatuation.

Spratt holds a BFA in illustration from the Savannah College of Art and Design. In addition to the “American Royalty” series, Spratt did the album cover for Childish Gambino’s most recent, Because The Internet, as well as Janelle Monáe’s hit record, The Electric Lady. His work has been used for promotional spreads for major television channels like MSNBC, National Geographic and Cinemax. See “American Royalty” and the rest of his work on his website. 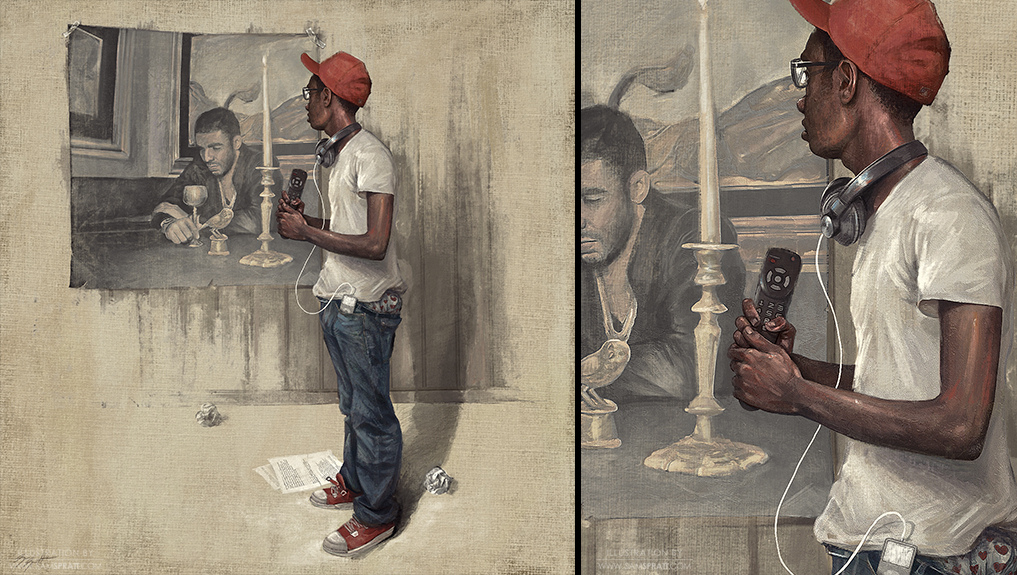 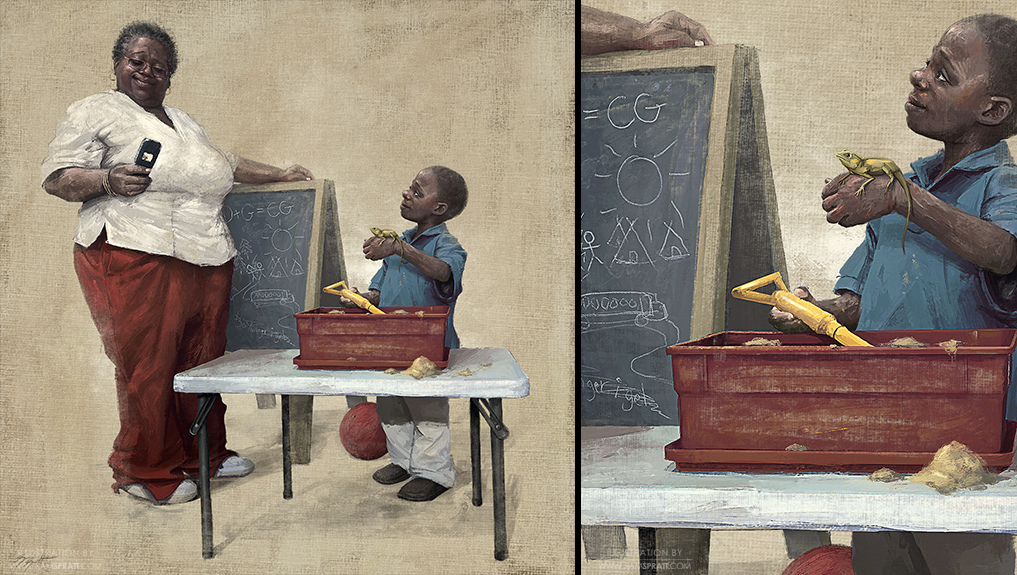 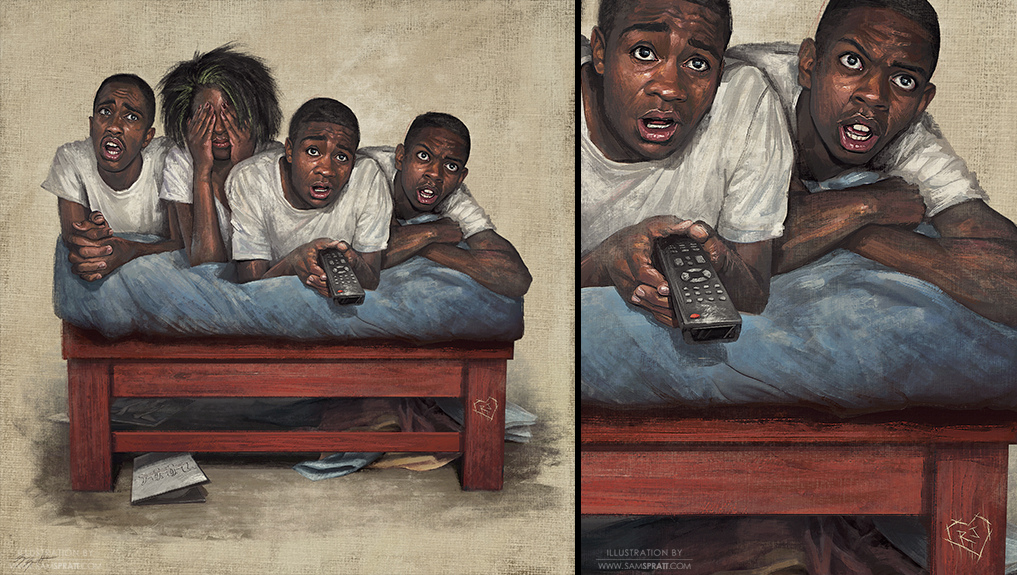 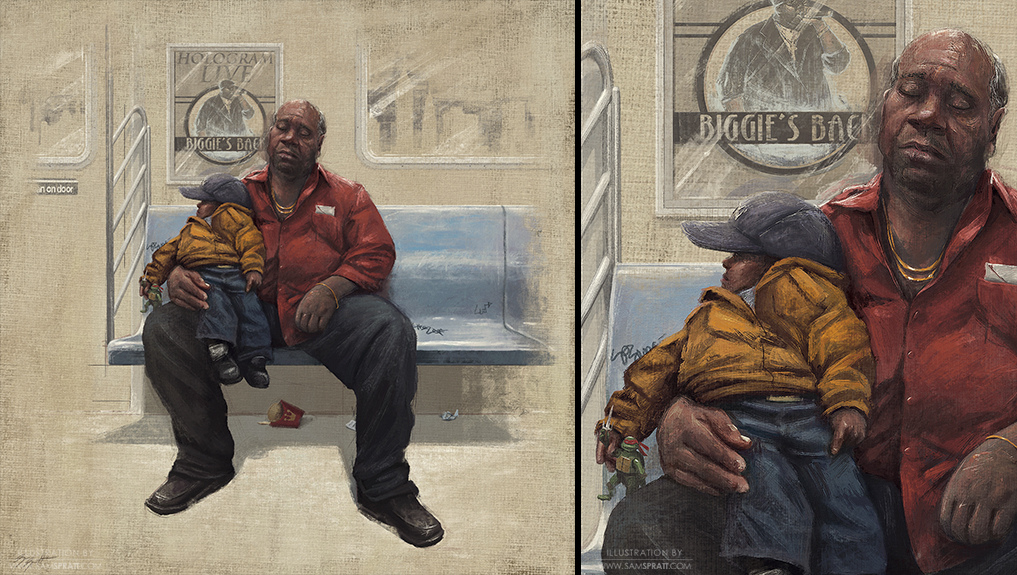 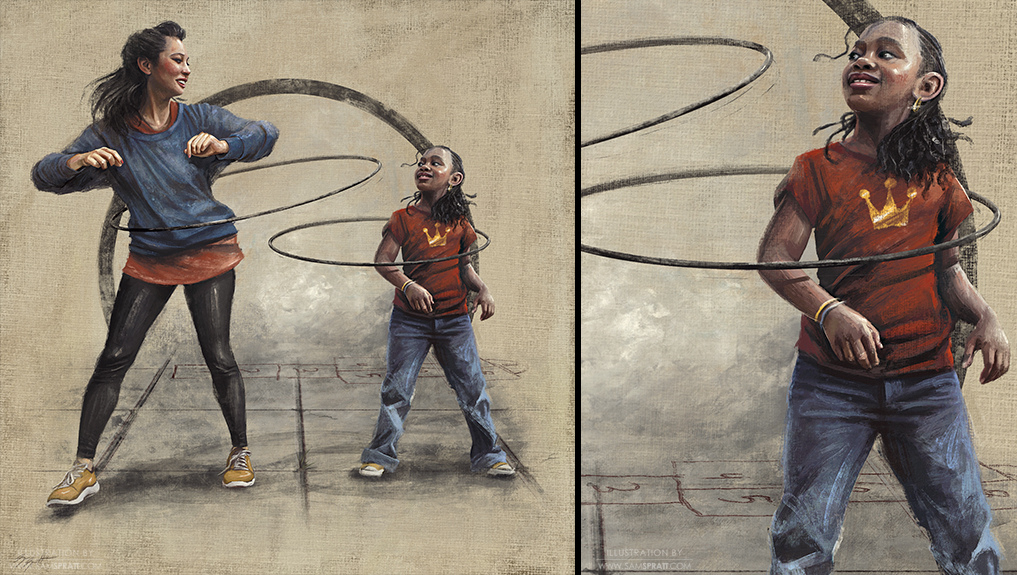 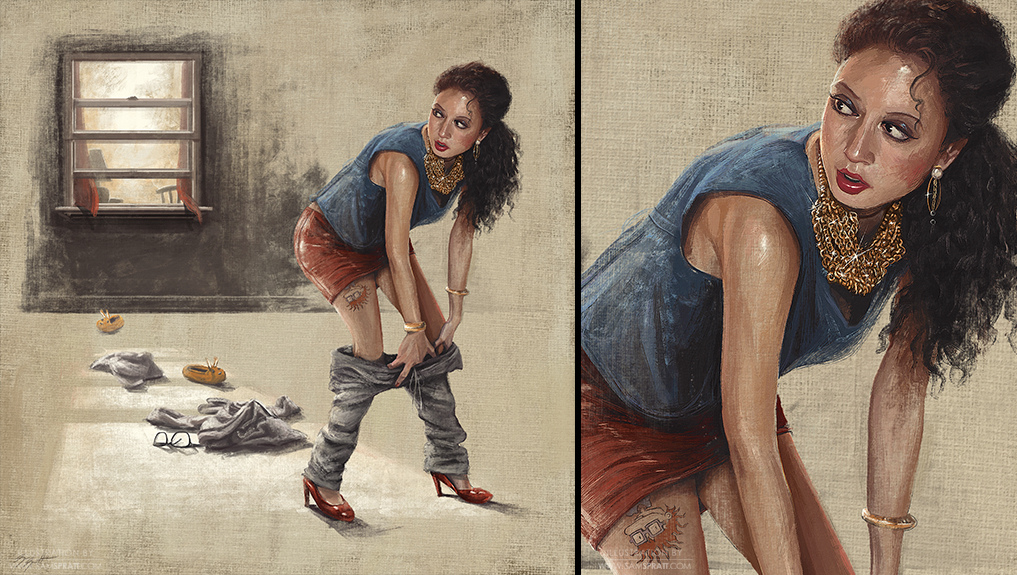