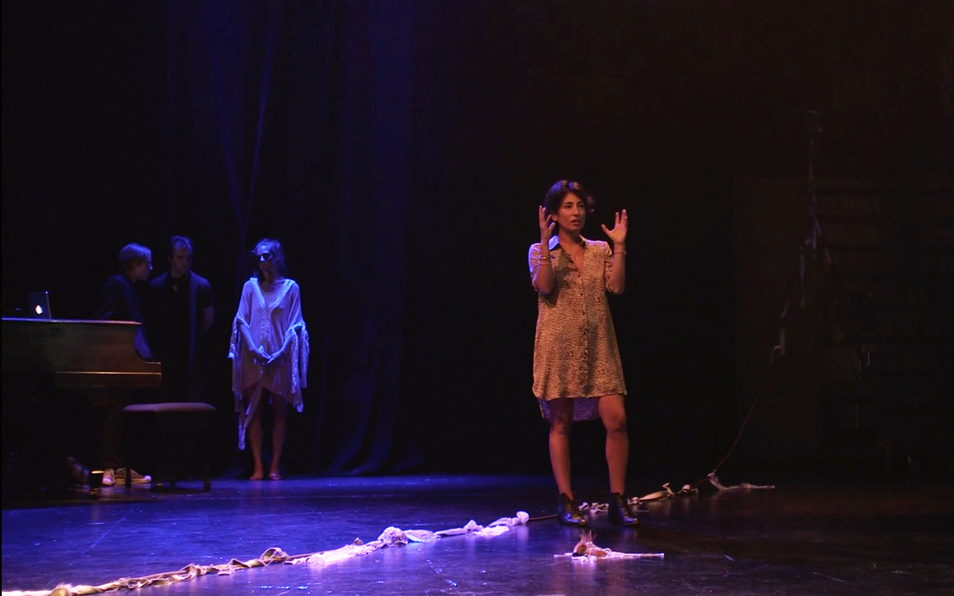 Peruvian interdisciplinary artist Cecilia Collantes presented a one-night-only multimedia performance titled ”PARACAS: Comrades of the Wind” at the renowned East Village exhibit space Ideal Glass. The performance took place in front of Collantes’ mural which was done in collaboration with graffiti artist Outer Source. The mural was inspired by 3000-year-old pre-Incan supernatural shamanic characters and depicts ancient iconography from the Paracas culture, colliding in cosmic space in a melange of void and colorful riot. PARACAS featured Natalie Deryn Johnson (movement), Joel Ronson (music), Adam Robinson (Flute) and with visuals by Collantes. We caught up with Collantes who had this to say about the performance:

“The performance is an extended commentary about the subject of the mural at Ideal Glass inspired by the Paracas, a fascinating ancient culture from 3000 years ago in the southern coast of Perú. Known mostly for its textile masterpieces, there is a recurring mythological figure appearing on their textiles and ceramics, the so-called ‘KON’ deity–also known as the Ocular Being–is the creator of the universe depicted as a supernatural flying character.” 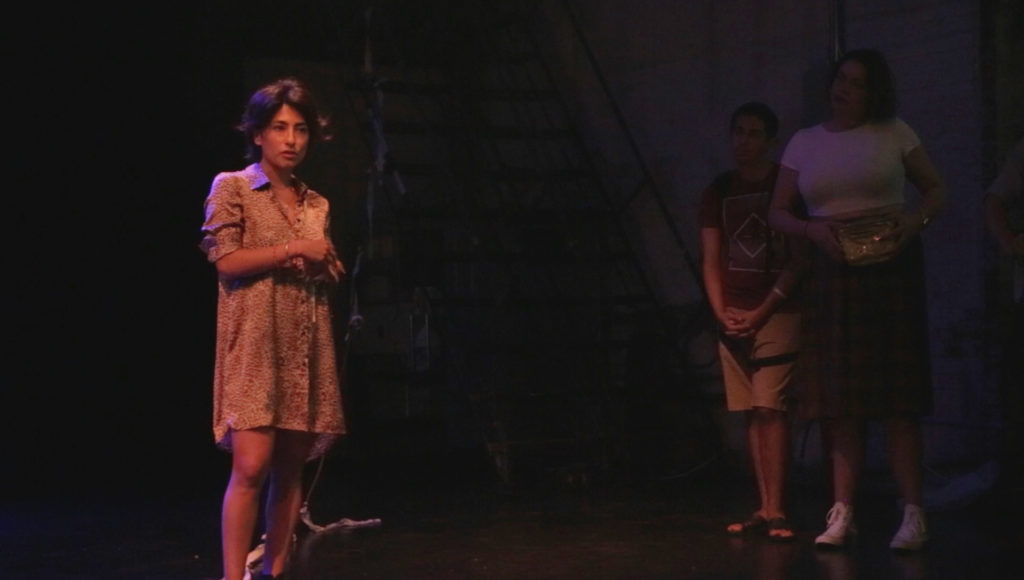 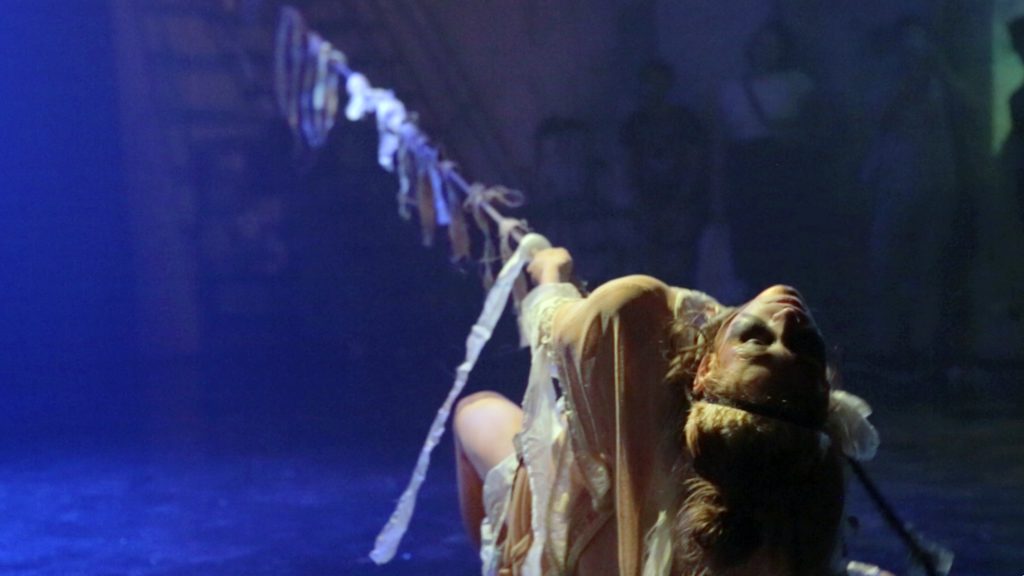 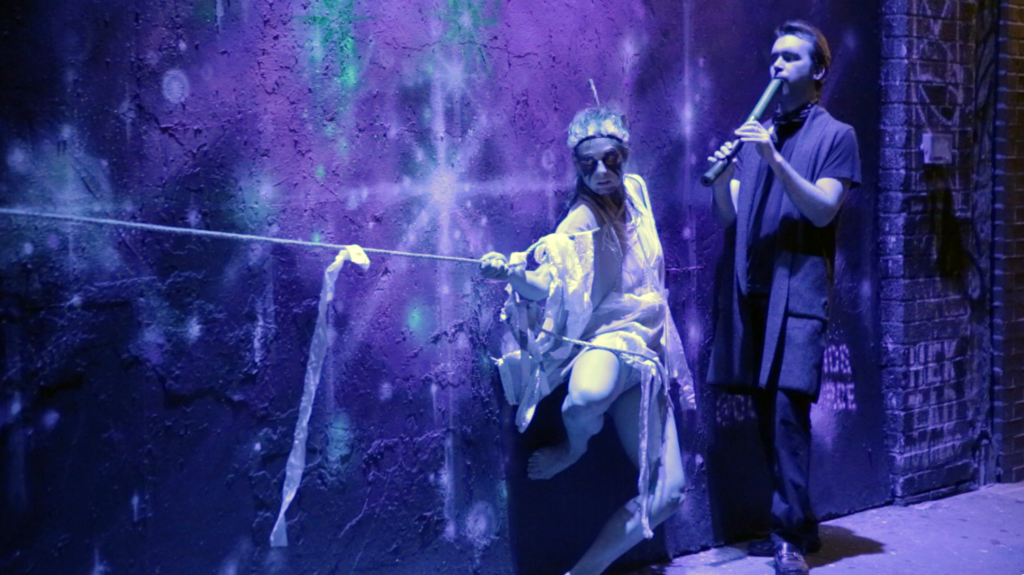 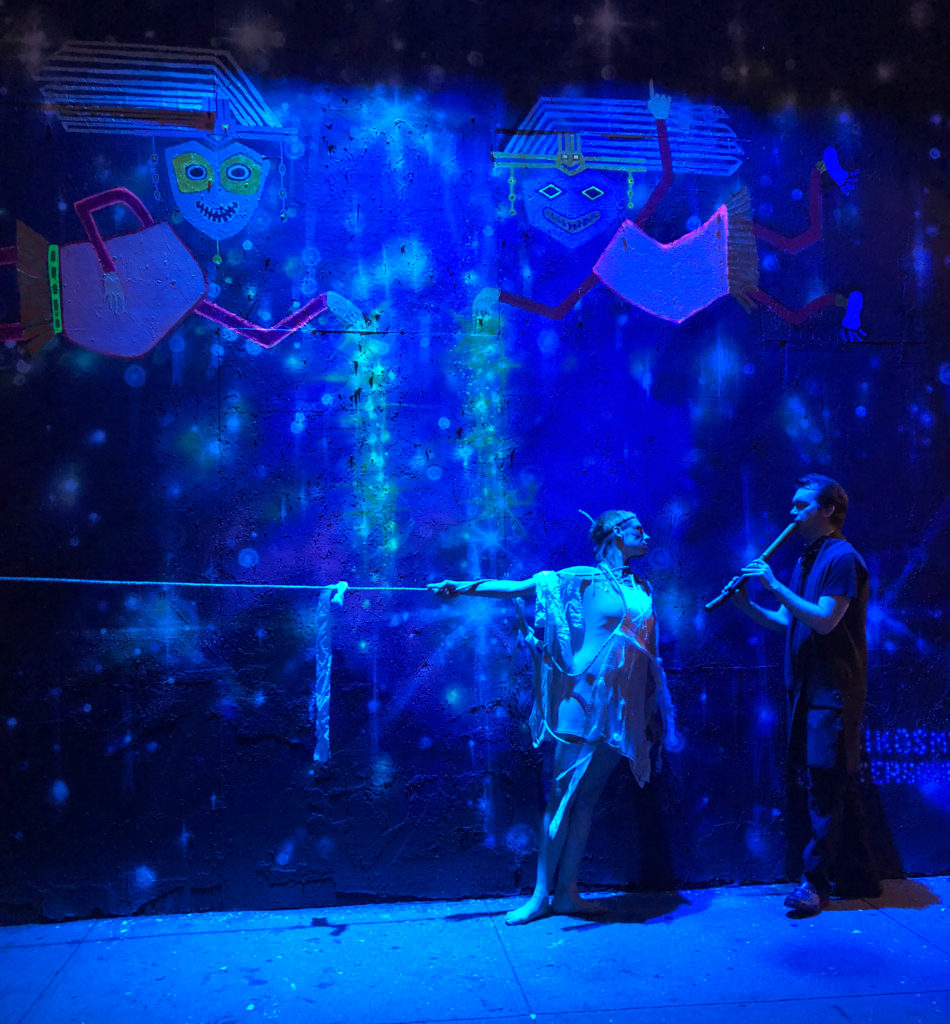 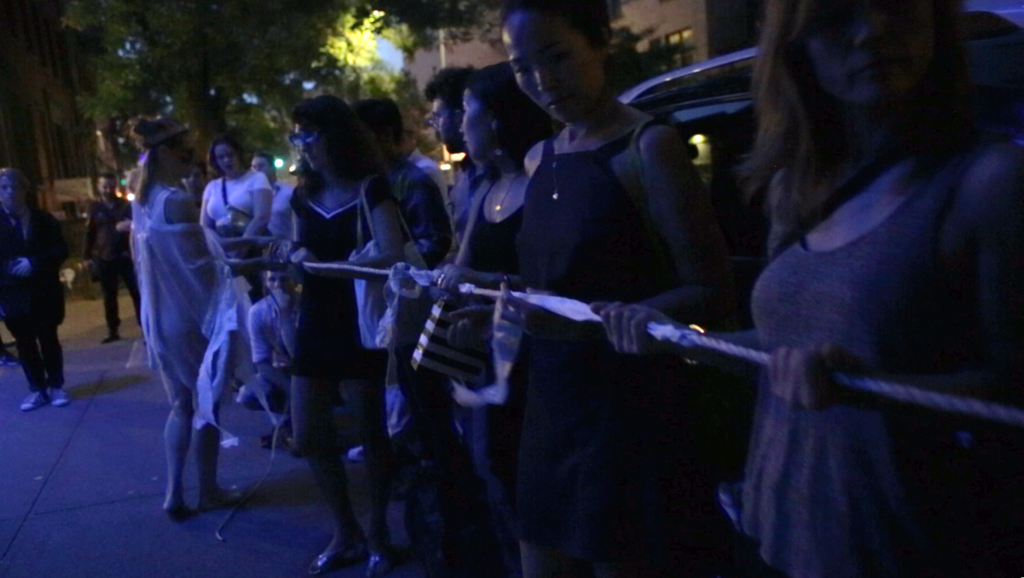 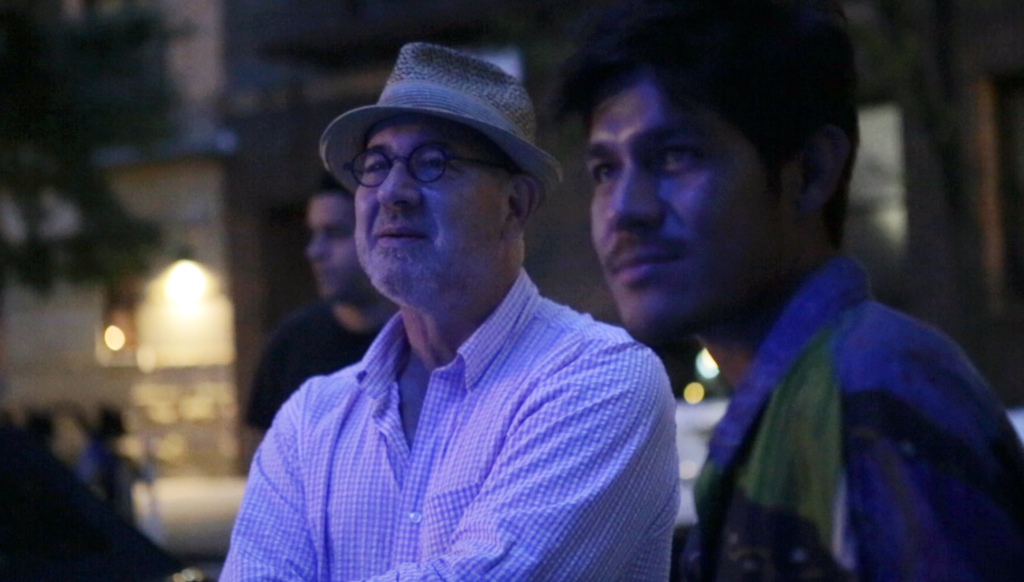 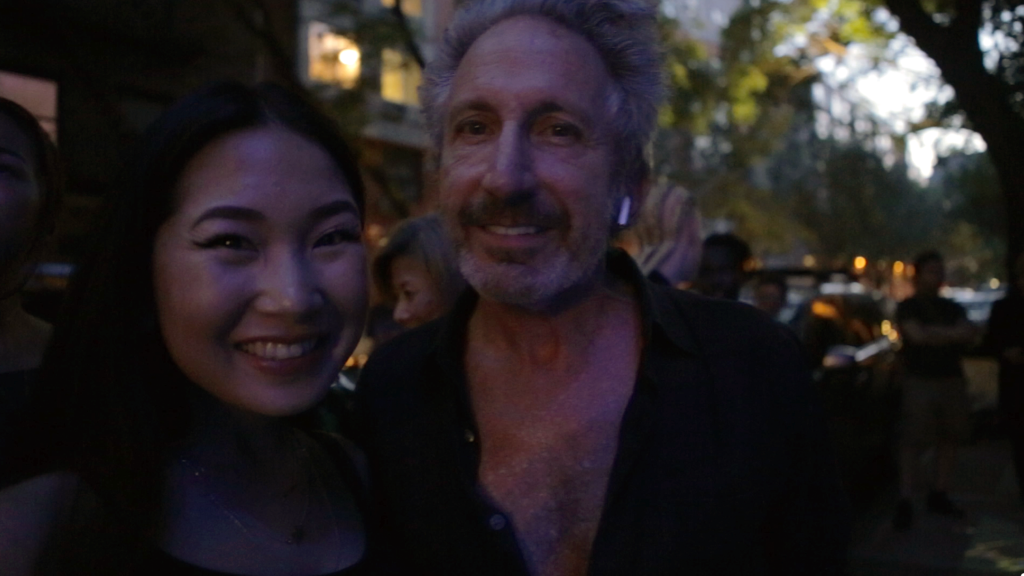 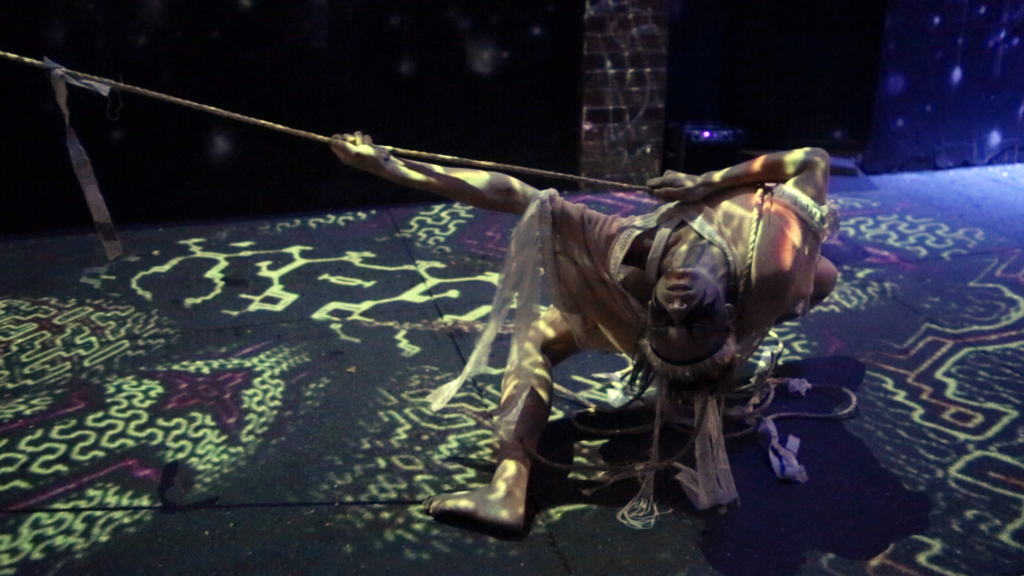 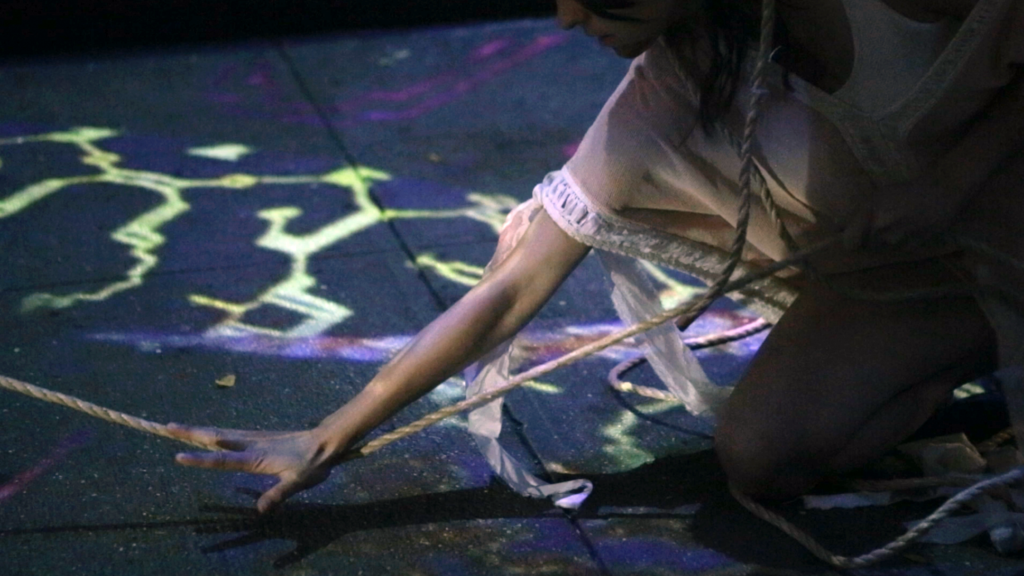 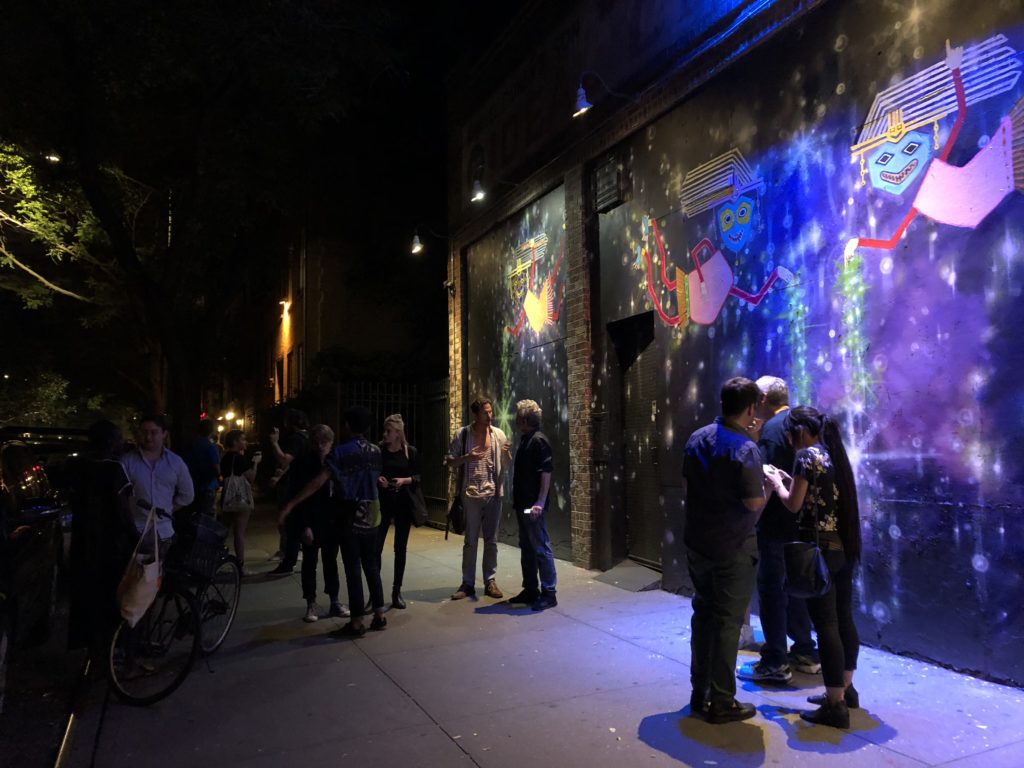