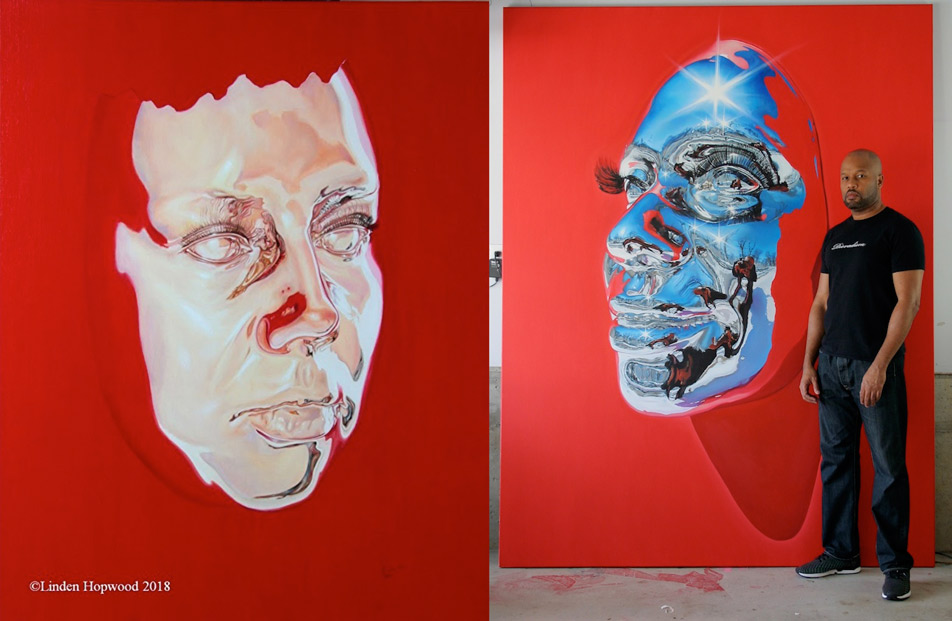 With the news of Donald Glover’s hit “This is America” possibly being a product of plagiarization, I coincidentally discovered the same scenario in the arts. For those who aren’t aware, Glover is being accused of ripping off a song, “American Pharoah”, by the lesser known rapper named Jase Harley. When you listen to both songs, there is an uncanny similarity that cannot be denied. Coincidence or plagiarism?

The same case seems to be happening in the arts this moment with Linden Hopwood and Kip Omolade. While perusing the interwebs for emerging artists and new works, I came across a recently debuted piece by Hopwood and automatically saw a resemblance to Omolade’s Diovadiova Chrome Michelle III (below). There are some differences but overall the two piece are strikingly alike. I understand that is possible for artists to have overlap when it comes to conceptualizing and producing work but I couldn’t help but raise an eyebrow when comparing the two paintings. Is this a case of creative coincidence or blatant plagiarism?

Leave your comment below and let us know what you think. 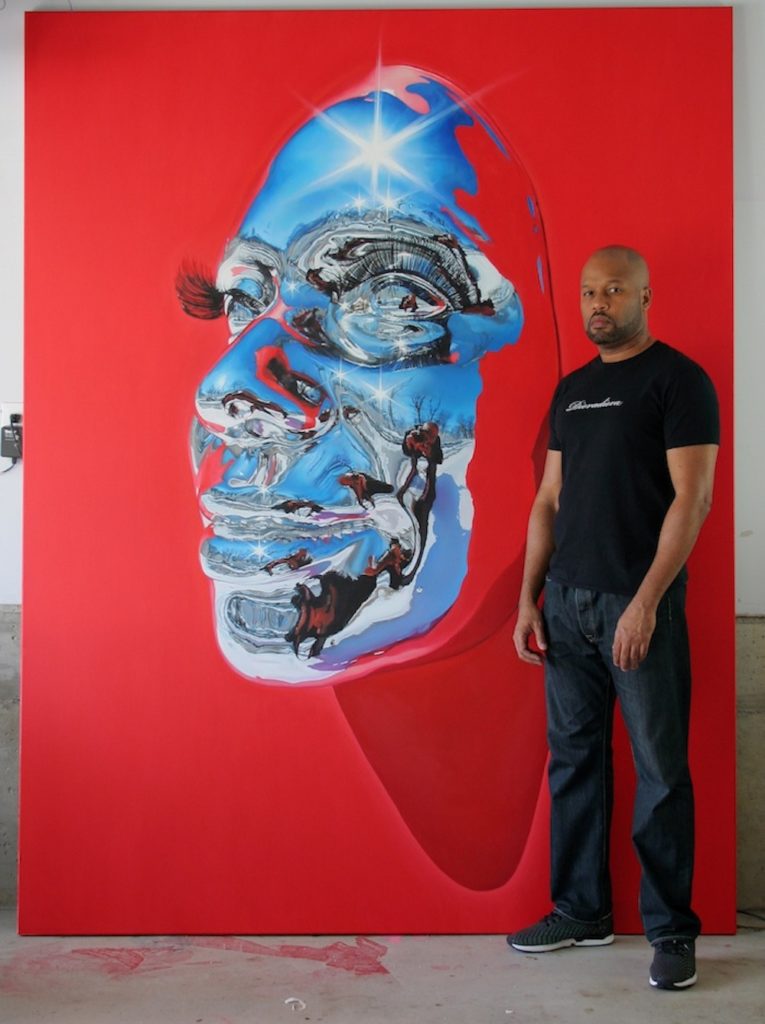 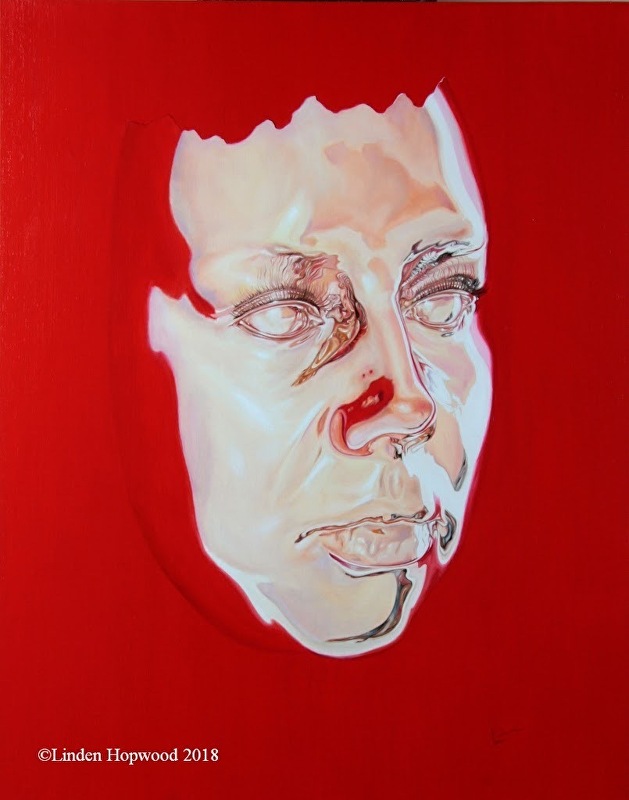