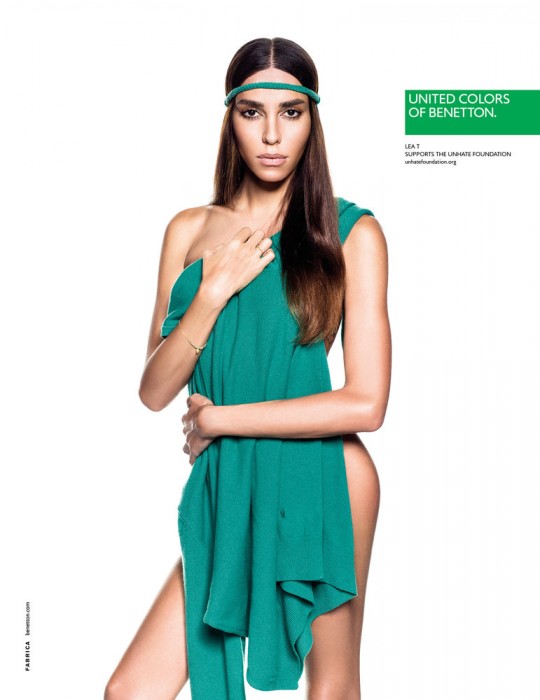 Benetton is causing another rightful stir with their latest ad campaign. In unison with the Unhate Foundation, Benetton recently debuted the Unhate Campaign featuring a number of recognizable names–most importantly transgendered model, Lea T. Lea T, who was born in Brazil in 1981 as Leandro Cerezo, had sex reassignment surgery in March 2012. Prior to her surgery, she was discovered by Givenchy Creative Director Riccardo Tisci, and eventually became the focus of Givenchy Campaign in 2010. The inclusion of Lea T is truly one of the most poignant moments in the campaign. 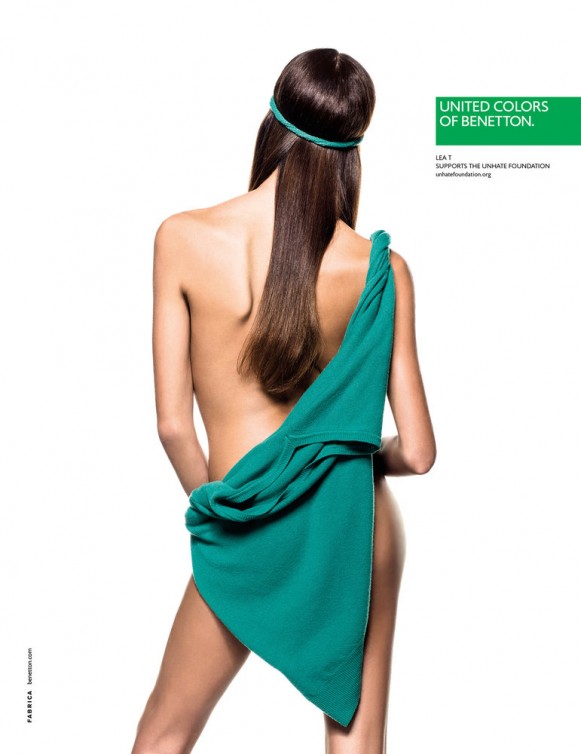