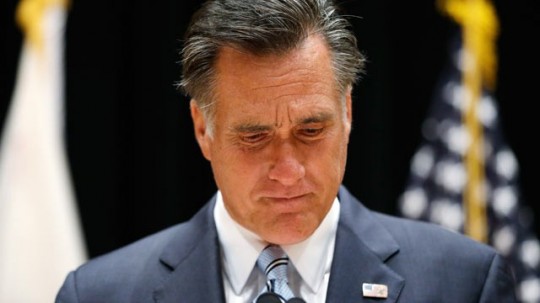 In case you have been living under a rock for the last twenty-four hours, or hiking through a remote, wifi-inaccessible area, or simply avoiding the news (because it’s always bad) and the internet (because it’s always there), then you probably wouldn’t have heard about the leaked Romney video that went viral last night. A camera hidden from view at a private fundraiser event in Boca Raton, Florida back in May caught Governor Romney speaking to a group of wealthy donors about the challenges he faces with the American electorate.

This video has come to be called, “The Romney Tapes,” an unfortunate title for the GOP candidate, as it is a clear allusion to “The Nixon Tapes,” which are recordings of conversations and phone calls that Nixon famously recorded himself. Unfortunately for Tricky Dick, these tapes also recorded incriminating evidence to support the Watergate scandal, which forced President Nixon (and many in his cabinet) to resign.

While the comparison between these two “tapes” made ever so subtly by the mainstream media may be amusing to some, or outlandish to others, the comparison is absolutely applicable. As Nixon incriminated himself in his own words, so did Romney reveal his disdain for the American people in his own words. I will make no attempt to paraphrase what the former governor of Massachusetts said in “The Romney Tapes.” Instead I’ve transcribed a key quotation from the video (which you will also find embedded in this article):

“There are 47 percent of the people who will vote for the president no matter what. All right, there are 47 percent who are with him, who are dependent upon government, who believe that they are victims, who believe the government has a responsibility to care for them, who believe that they are entitled to health care, to food, to housing, to you-name-it. That that’s an entitlement. And the government should give it to them. And they will vote for this president no matter what. And I mean the President starts off with 48, 49 percent… he starts off with a huge number. These are people who pay no income tax.”

So who are these 47 percent of folks he’s referring to? Well, presumably the 47 percent of Americans who don’t pay income tax. NPR, who did a fantastic job breaking down the numbers, found that there are just about 46 percent of Americans who pay no income tax. According to the article on NPR, these people are predominantly low income families (making less than $27,000 per year), the elderly, and low income families with at least two children who have a total income of less than $47,000 for the year. Some of these people do pay some taxes, but their overall tax contribution is limited, as their income is limited.

Romney goes on to say, “My job is not to worry about those people. I’ll never convince them they should take personal responsibility and care for their lives.”

Romney makes another startling claim in that block quotation, which has not been getting as much press as his 47 percent comment. He says that the people who vote for Obama believe they are entitled to health care, food, and housing. Now I may be mistaken, but I’m pretty confident I read somewhere that in America:

“We hold these truths to be self-evident, that all men are created equal, that they are endowed by their Creator with certain unalienable Rights, that among these are Life, Liberty and the pursuit of Happiness. — That to secure these rights, Governments are instituted among Men, deriving their just powers from the consent of the governed…”

[to read the Declaration of Independence, please click here]

I have the right to be alive, Mr. Romney! Or am I entitled if I believe that my life is worth living? Hmm. Well–I will certainly be taking my unalienable rights with me to the ballot box on November 6th; what I won’t be taking with me are thoughts of Mitt the Twit.

Matia Guardascio (n.): editor at large; a spirited, intelligent female with the flair of a poet, and the soul of a dirty old man.