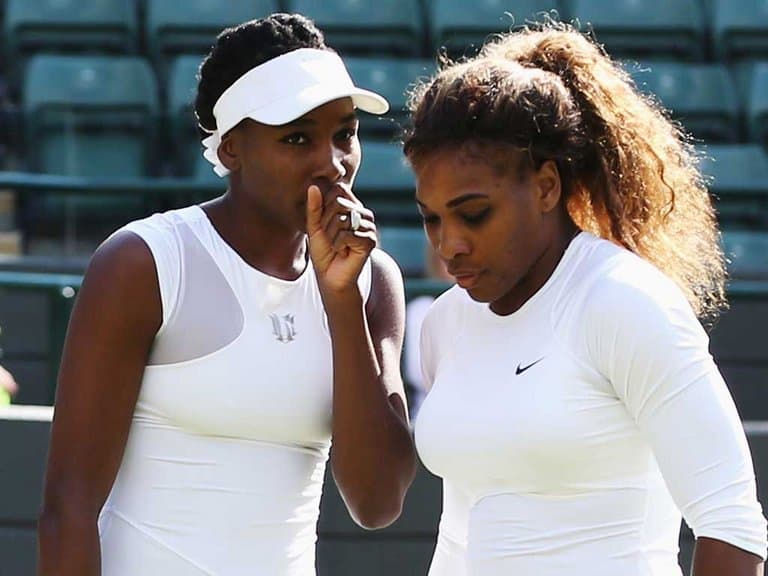 [dropcap]E[/dropcap]veryone loves an underdog—especially when it comes to sports. The 1980 US Olympic hockey team versus the Soviet Union, Patrick Ewing and the Knicks versus Michael Jordan and the Bulls… everyone wants the “little guy” to have their day in the sun. But sometimes things aren’t so simple. Sometimes there are politics involved that can add meaning to the jeers and cheers.

Take for instance the annual Wimbledon tennis tournament that take place in London. The 131st edition of the Grand Slam event premiered this week and fans faithfully flocked to the All England Lawn Tennis and Croquet Club prepared to watch some of the best players in the world go head-to-head on the infamous grass courts. The sport has many stars, the most noteworthy of the constellation being the Williams sisters. Although defending champion, Serena Williams, had to end her season in April due to pregnancy and would not be there to prolong her reign, many tuned in to check out 5-time Wimbledon champ, Venus Williams, go for a sixth trophy—which just so happens to be called the Venus Rosewater Dish. Williams’ first round opponent was 21-year-old Belgian player by the name of Elise Mertens. With Williams being ranked 11th in the world and Mertens being ranked 7th, the young Mertens was the obvious underdog. 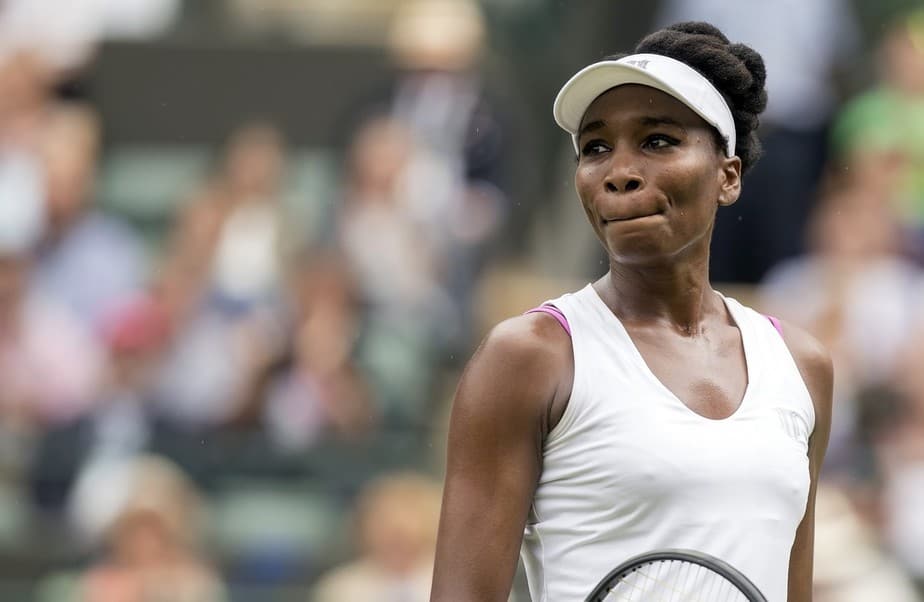 Now, here is where the politics come in. Having already established that most of us love an underdog, let us examine when that love can become tainted.

Remember Jack Johnson? For those who do not, Jack Johnson was a prominent black boxer who dominated the sport at the turn of the 20th century—the height of the Jim Crow era. Think Floyd Mayweather 100 years before Floyd Mayweather with way more blatant racism. Way ahead of his time, Johnson was the first black world boxing champion and, ultimately, one of America’s first black sport celebrities. Possessing a raw talent that quickly evolved into unfazeable skill, Johnson’s rise to the top immediately drew the ire of fragile whites who were traumatized by his mastery of the sport. Plus the gold teeth, fur coats, luxury automobiles, wads of cash and bedding of white women didn’t do much to discourage their disdain either.

Long story short, white people developed “Great White Hope” syndrome. It’s a condition where white people become threatened when a person of color dominates a particular forum—be it sports, politics or otherwise—and react by cultivating and/or rooting for a white equivalent who they hope can restore order. At the time, James J. Jeffries was that hope and when Johnson dashed their hopes, black Americans rejoiced and white Americans started race riots. The government also got involved, promptly banning the distribution of prize fighting films across states lines due to the outrage over Johnson’s win—almost ensuring that the footage of Johnson’s victory got swept under the rug.

We’ve come some way as a country since the days of Jack Johnson but there are still times where you question exactly how far we have come. As I was watching Williams serve and volley her way to a comfortable win over Mertens, my Spider-fam senses started tingling and I couldn’t help but notice the nature of the applause whenever Mertens scored. At one point, I even saw some guy’s fist thrust triumphantly into the camera shot. There was something very apparent happening, something noticeable about the crowd reaction. 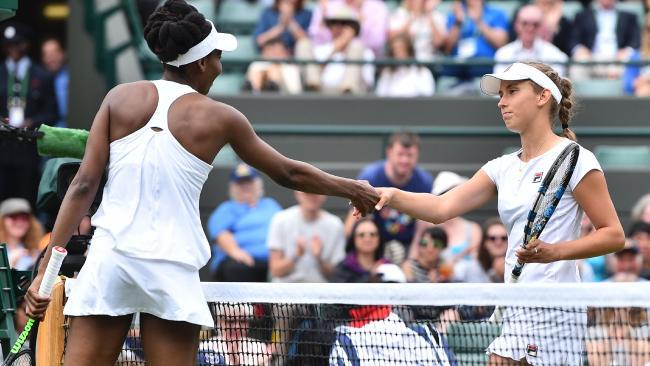 Courtesy of The Australian.

This feeling of suspicion isn’t anything new. Although I am not an avid tennis watcher, I have always enjoyed the sport and make an effort to watch whenever I can—especially when it comes to the William sisters. Venus and Serena are more than celebrity athletes, they are role models, beacons of black hope. Much like other prominent figures of color, the Williams sister inspire other POCs who wish to transcend the trials and tribulations of racial politics. Even with the perceptible struggles that these black celebrities face despite their social or economic standing, they make class mobility seem feasible in a way.

That being said, they have experienced their share of prejudices in their career; hence why a majority of the colored community is very protective of how the Williams sisters are perceived. After all, tennis is a predominantly white sport and we already recall examples where black athletes who dominate a predominantly white sport are tolerated but aren’t necessarily welcome. 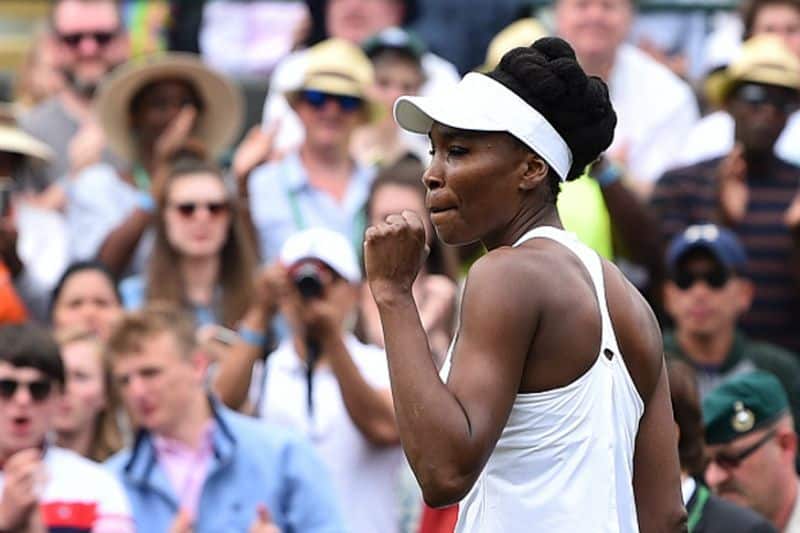 After the match, I spoke to a few friends and colleagues about my suspicions. Many of them agreed, citing that it has been happening to the Williams sisters for years and making quips about white fragility. Others classified it as the archetypal underdog scenario, sensing no foul play or racial bias. Some even told me that I should stop looking at everything through a racial lens—which is pretty difficult when you wake up every morning a dark skinned black man living a country that has a history of not taking a shine to your kind. Then again, I understood how being relentlessly submerged in oppressive conditions can permanently skew one’s thinking into a cynical space.

Which left me wondering further: am I being paranoid due to being raised in a country where POCs have been made to feel unwelcomed? Was the crowd really reacting with a noticeable fervor whenever Mertens got the best of Williams? Although, I have to admit, when Venus played against Wang Qiang (currently ranked 50th), I didn’t sense the same support for the underdog from the audience. While Wang garnered some cheers of her own, it wasn’t nearly as raucous as the cheers I heard for Mertens just days prior. I also watched other matches but did feel the same suspicion. Is race playing a factor or is it just about sportsmanship?

When Jack Johnson rose through the ranks of boxing he was breaking racial barriers. When Jesse Owens chose to compete at the 1936 Summer Olympics in Berlin, he won those medals not just for his country but for the oppressed African Americans who lived in it. When Jackie Robinson became the first colored baseball player in the Major Leagues, was it just about baseball? Better yet Althea Gibson, a black female, broke the color barrier of tennis, was it just about tennis? Are the Williams sisters still forging Gibson’s path in their own right?

What is your outlook?

Do you think the Williams sisters encounter an underlying prejudice when facing caucasian opponents? Or are sports and sociopolitics just as separate as church and state?