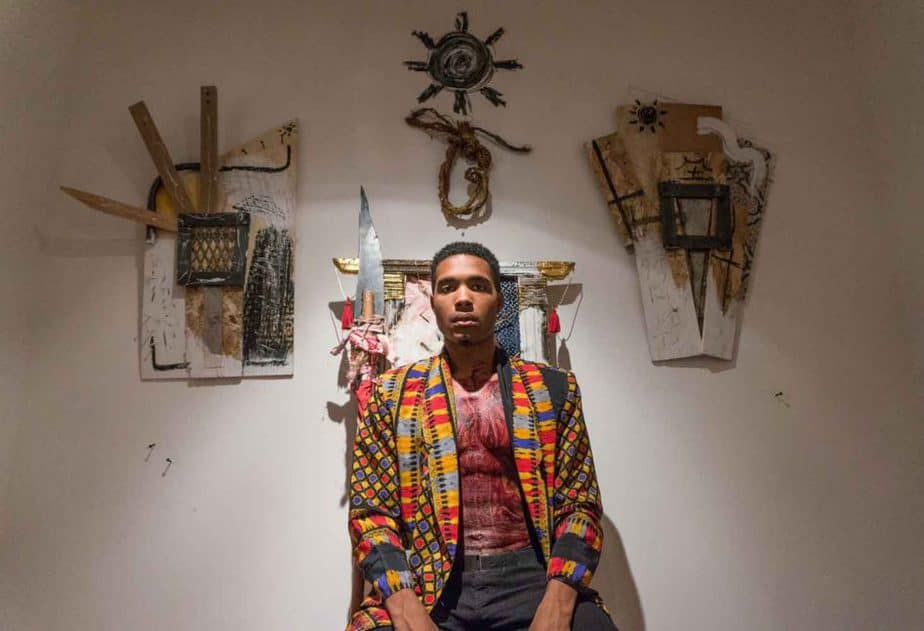 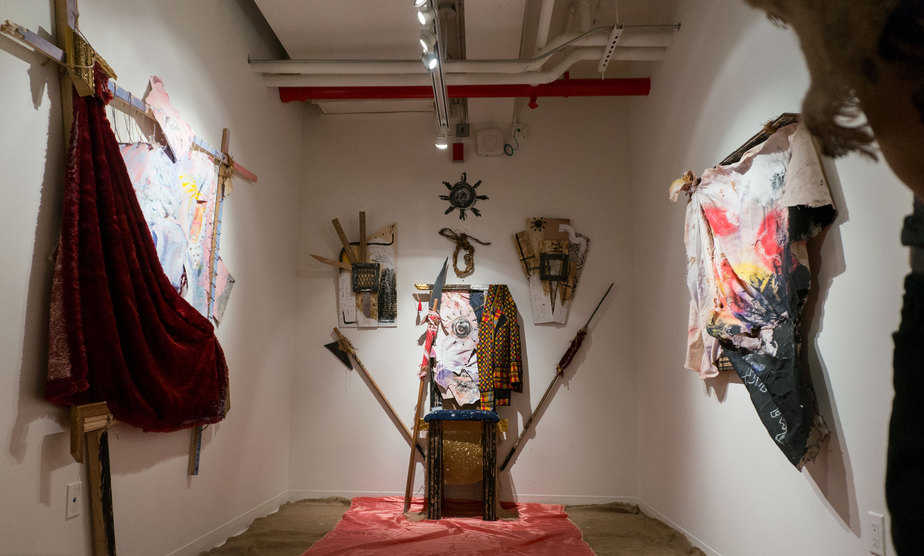 Is this your first solo presentation? How does it feel?

This isn’t my first solo exhibition, but is my first solo show in New York/America. I had my first one man show in Fukuoka, Japan this past June—but it feels great! I’ve only lived/ been making art in NYC for three months so far, but everything seemed come together well. Fast, but natural. You know?

Tell us about Return to King’s Landing. For example, how did the title come about?

Haha! The title came from a synthesis of topics on power and corruption, influenced by Game of Thrones, and the legend of Jean Michel Basquiat (and the many other NY based modernists, expressionists, and neo-expressionists). With this being my first show in New York, my being aware of art history, and where I fit in, I knew I needed to voice my thoughts on the artists I admire. To me, Jean Michel’s life coincides well with the topics covered in my series; i.e. power, corruption, abuse, social constructs of value, etc. See painting: “How the King Lynched Himself” And, Game of Thrones is an entire tv show based on these topics.

The Black Gold performance was quite powerful, how did that come about? What was the process in which it was created?

Thank you! I wanted to make my fictional world, The Land of the Black Sun, more tangible for the audience.To me, performing Black Gold gave me that opportunity. The audience saw how I intended the work to be interacted with, and I could speak to them about the topics driving the exhibition.  I used found objects, a plethora of topics, and many mediums within the creation of my works of visual art. Lyrically, I knew I wanted to do something similar. So, I researched rap songs about power, and came across one that gripped me. It was Jay-Z’s song, Heaven. I appropriated his lyrics, switching out his subject matter to better fit the ideas I wanted to discuss.

How is Return to King’s Landing relevant to the current events of today?

As an American artist of African and Near Eastern diaspora, I created this series in response to my perception of the current state of race relations in America, the wars in the Middle East, ancient wars between the West and the Middle East, the dichotomies between what is considered “valuable” and what is considered “valueless,” and the world’s long history of oppressive and corrupt monarchies and governmental systems. All of these topics are as relevant as they could ever be. Just look at who we (Americans) elected president Donald Trump, a wealthy, power hungry, tacky, racist imbecile who judges people by their wallets, looks, and skin tones. 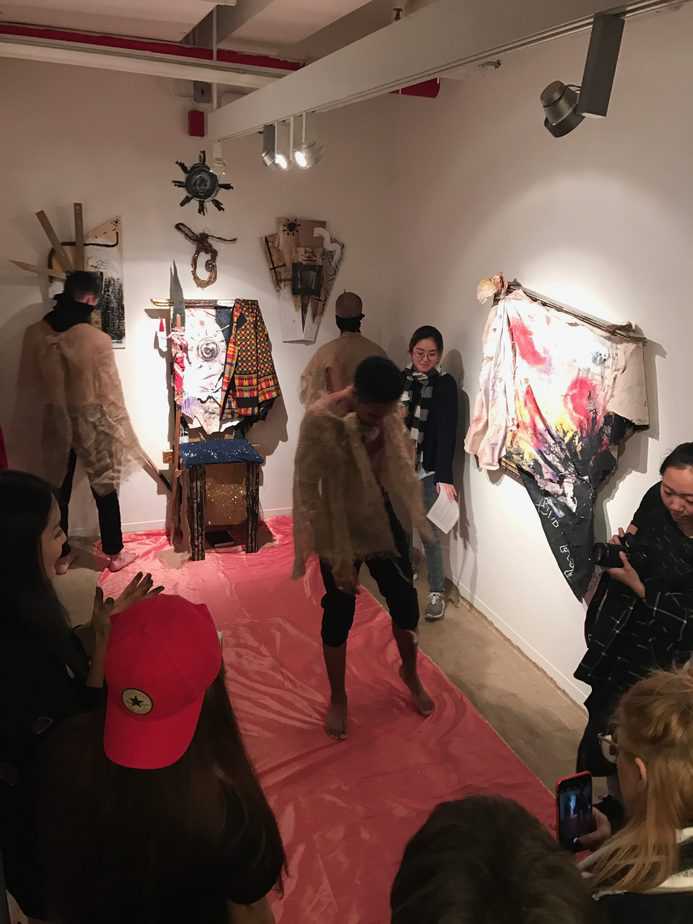 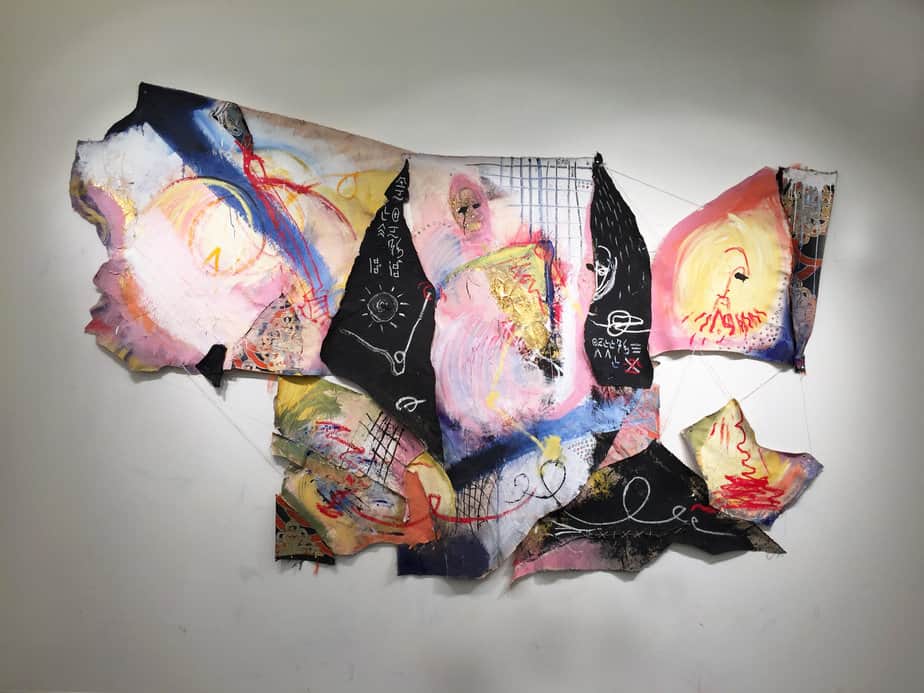 “A Change of Seasons” 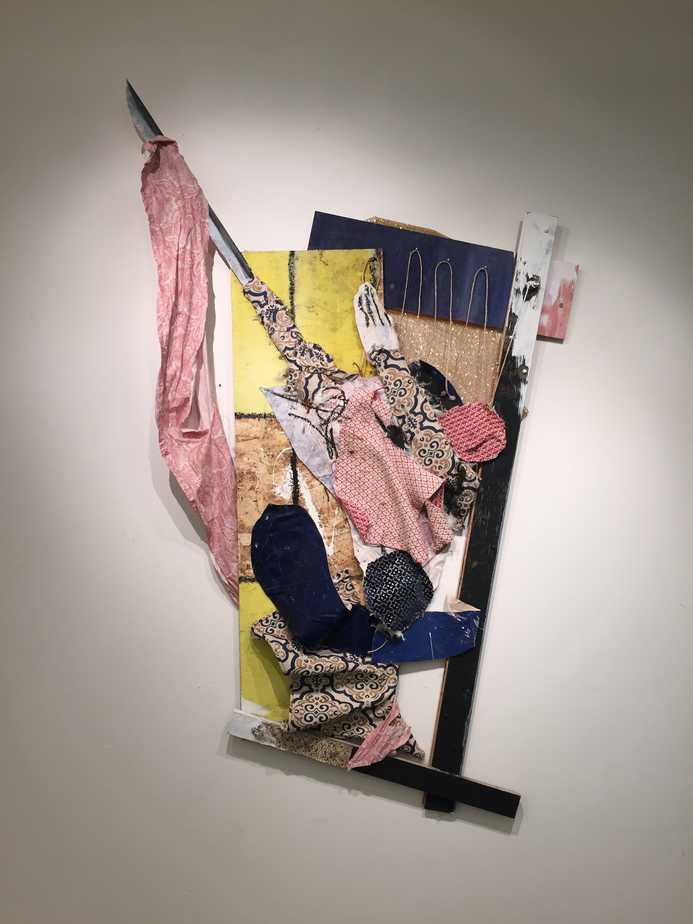 “Dab Finesse For the Kings Court” 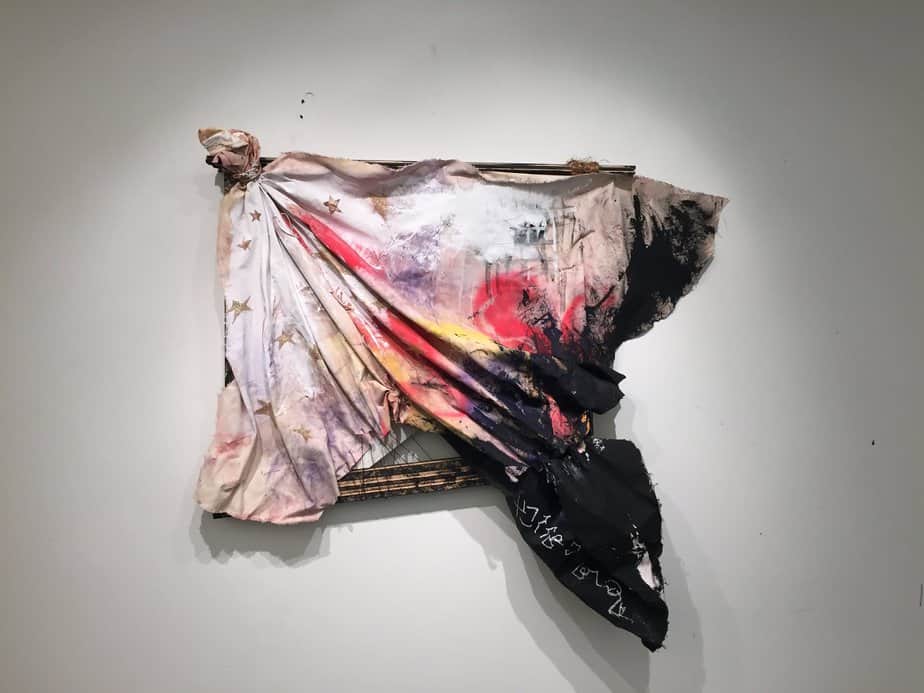 “Flag from the Old Kingdom” 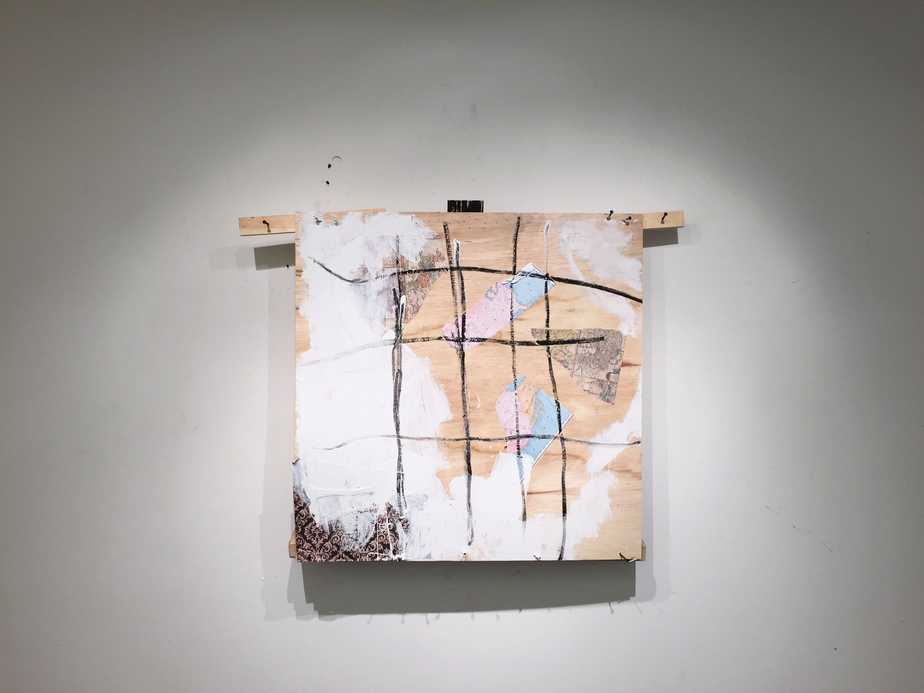 “Forward He Cried from the Rear” 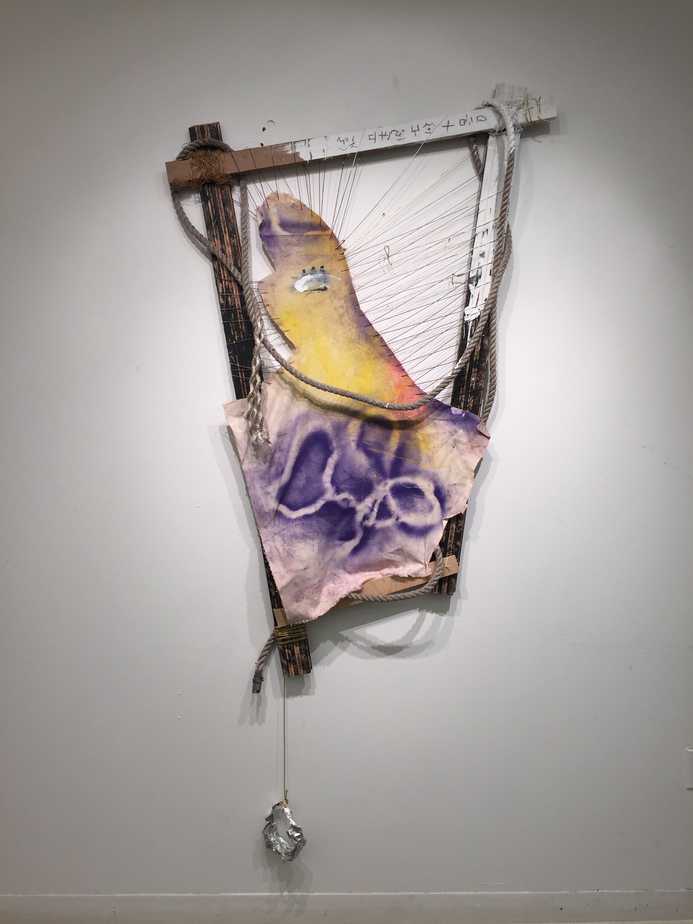 “How the King Lynched Himself” 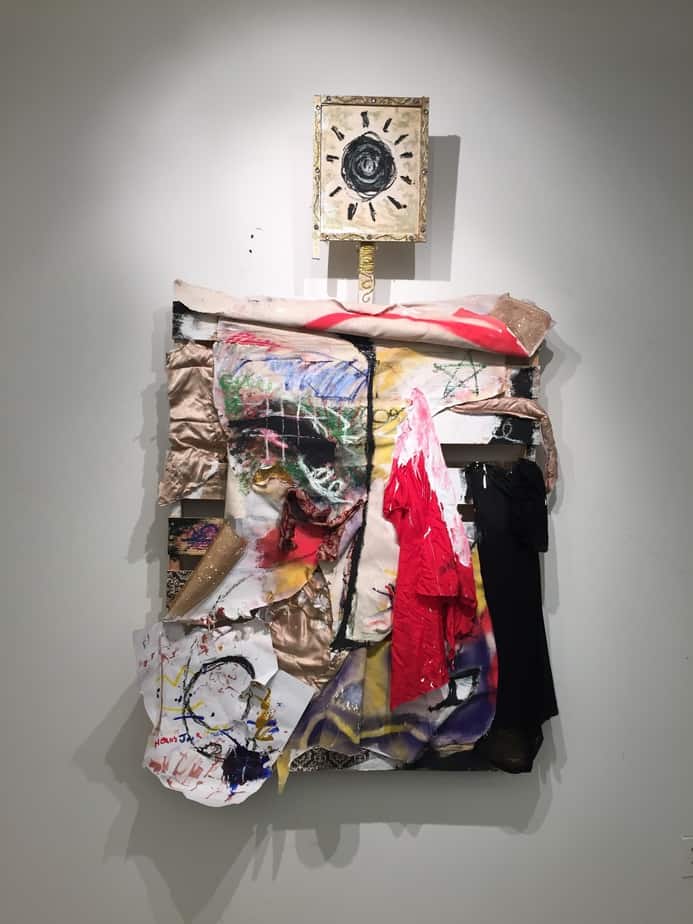 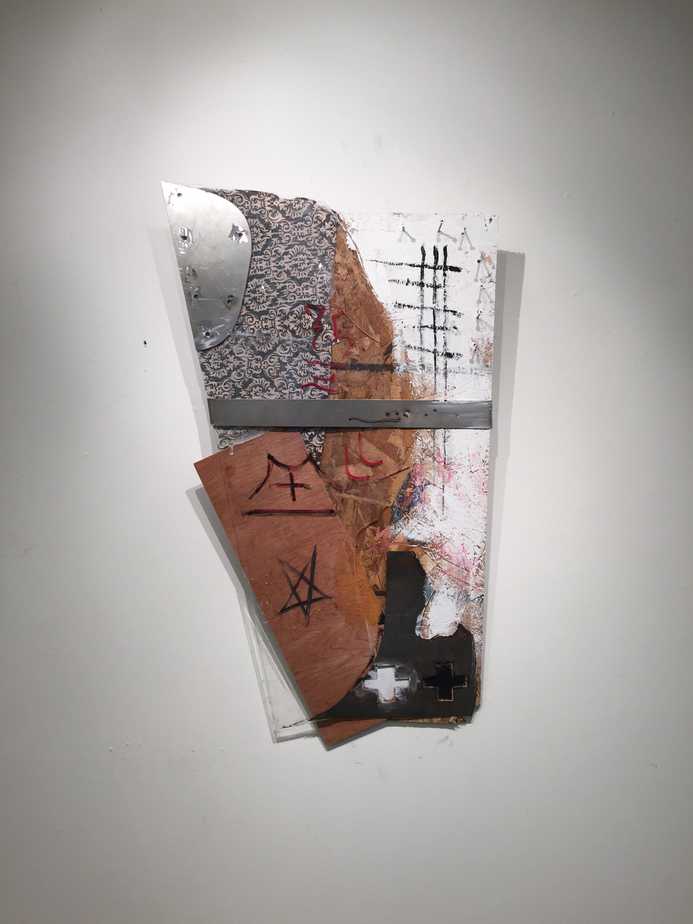 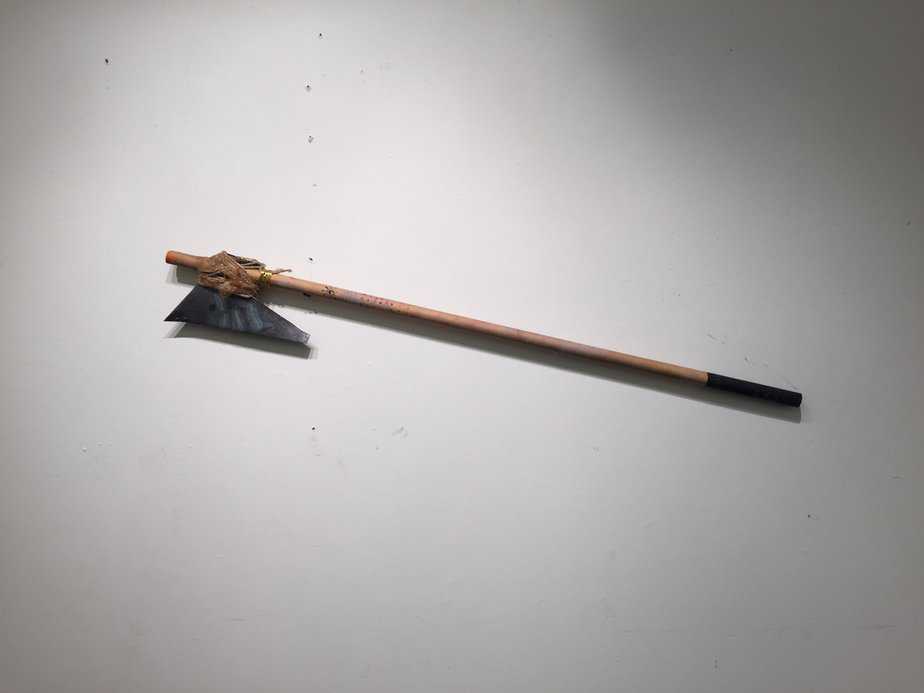 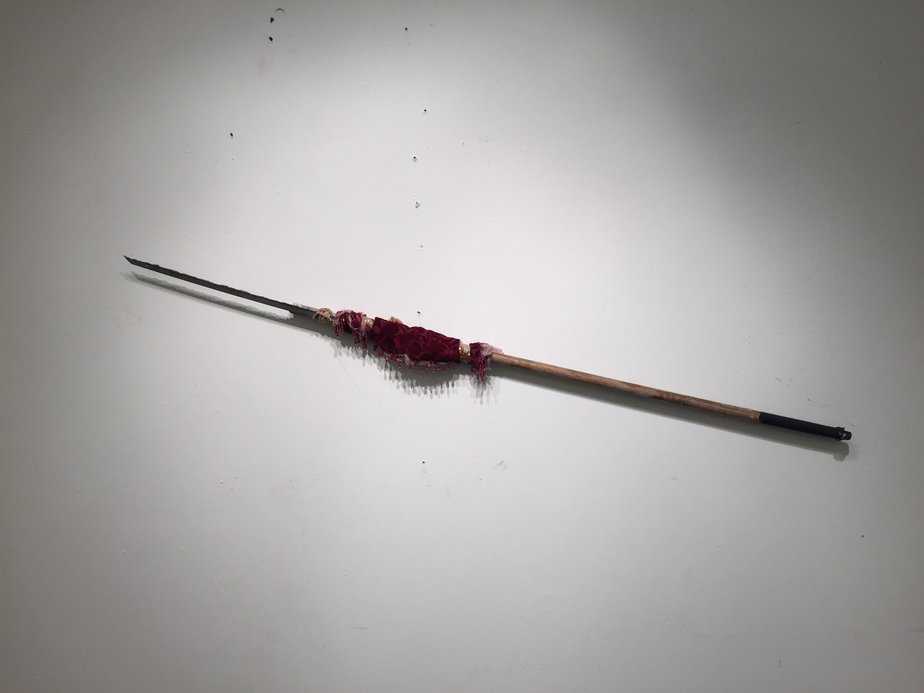