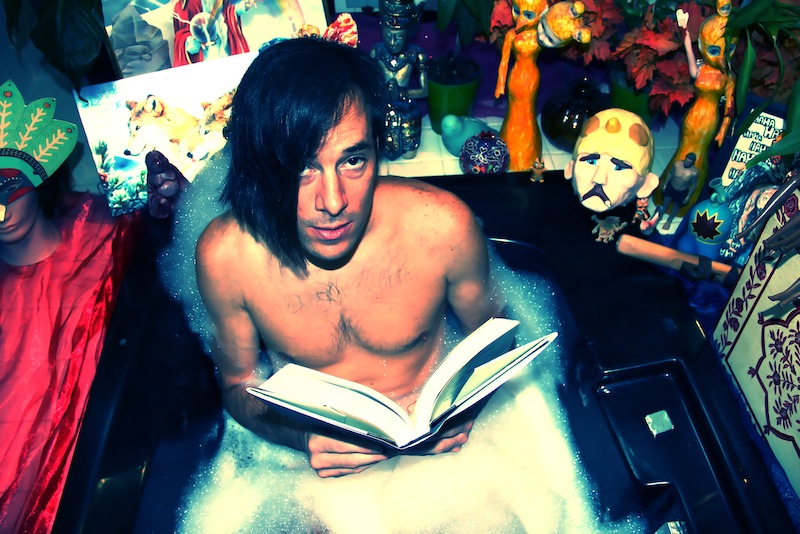 If I tried to explain what happened tonight at the Paradise Rock Club, I would not be able to do so. I have seen of Montreal perform many times, several of those times at the Dise, but tonight’s performance tops them all. I did not attend the show as a journalist or as a Bostonian or as a woman or as a human. I attended as a crazy raging oM fan and nothing else. I exited the show as a sweaty, sore, deaf, and dehydrated crazy raging oM fan. At some point tonight I will return to my human form, but not too soon I hope!

For those who have never had the pleasure to see oM live, their shows typically (as if typical could ever be the right word to describe them) involve a visual performance of sorts with actors in insane costumes doing insane things, and often alongside some video element. The easiest way to put it is their shows are heavily psychedelic. (Duh! Haven’t you ever listened to them, kid?!) Kevin Barnes made his way through the crowd during “Gronlandic Edit” riding a horse made out of people. What can I say really? You just have to be there.

The band has a new album coming out this Fall and with it, according to various news sources, a totally new approach as well. Every album they put out has its own unique blend of sounds; each is its own symphony of creativity and inventiveness–much like their live performances. The feeling I have tonight from this show is one I will attempt to hold onto for as long as I can. of Montreal–you never cease to amaze, you never cease to help me embrace my weirdness.