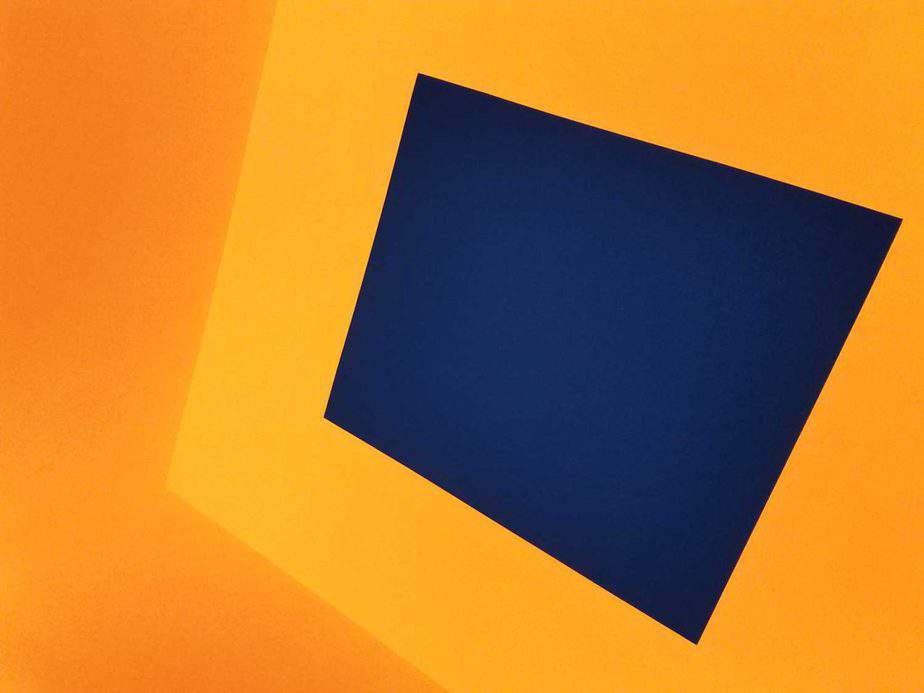 Oh, the summer’s gone, and with it also went our afternoons of getting down to great music in the courtyard of MoMA PS1 to their “Warm Up” sessions (my favorite party in all of NYC). But do not despair! Super hip dance parties are still going down at the appropriated Court Square highschool! During the “Sunday Sessions” MoMA PS1 continues to show that museum-going and shaking the skeleton are not at odds with each other, but rather that they make for a great coupling. 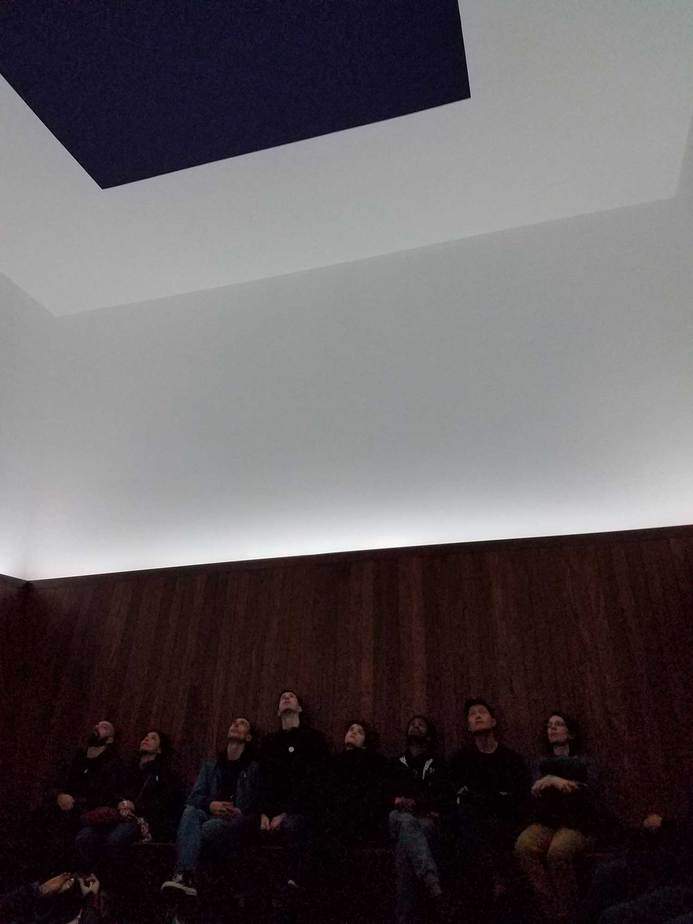 3lon Battle, the autodidact from Baltimore set the tone as he performed his avant-garde R&B under red lights. As people arrived, they were surprised to find comfy fabric furniture to sit or lay on, prompting them to look up to the projection of the artist as well as the accompanying visuals. It was clear right away that where “Warm Up” featured more traditional music, what we find at “Sunday Sessions” is instead the work of experimental sounds artists.

The next act on stage was lawd knows, the sound project of Nigerian born producer chukumaa. His sound could be described as avant-garde ambient, kind of like a Aphex Twin, Ben Frost-type with recordings of voices that evoked African landscapes. He was later joined on stage by the amazing queer diva Mhysa to form the sound and performance duo SCRAAATCH. Mysha added rythm to lawd knows’ intense buildups, creating a powerful and loud combination. Then, discretely, lawd knows excused himself from the stage and came down to join the audience. In his place DJ Haram joined Mysha on stage for an explosive B2B set. This is when the party really started –the queer duo were on fire. DJ Haram’s styles include Jersey, Philly, and Baltimore Club music, in addition to booty and bounce. 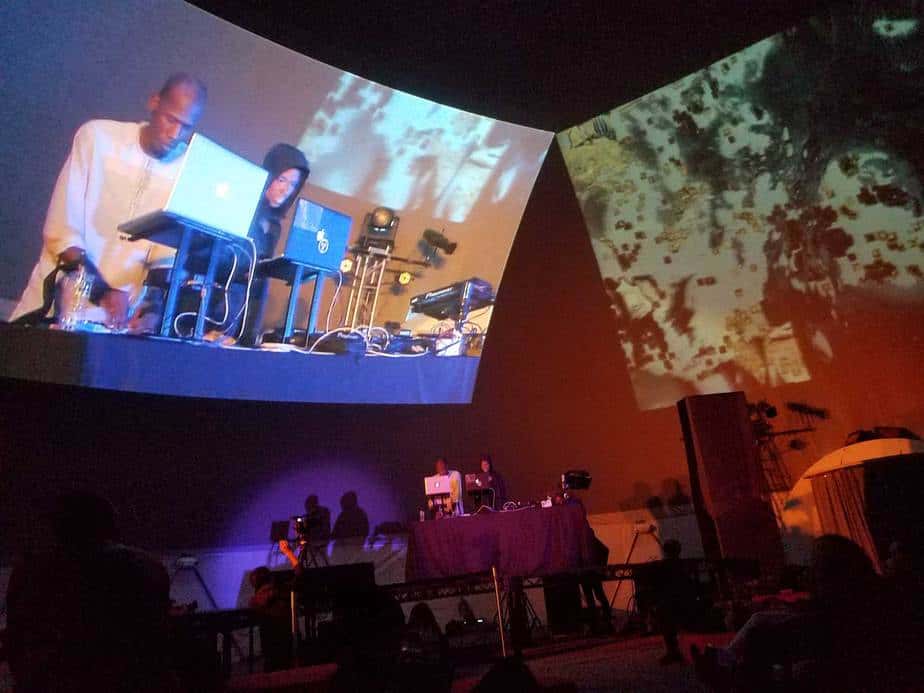 Next, with their faces hidden behind masks covered with duct tape, Aurel Haize Odogbo and Marcelline Mandeng took the stage and made their bodies the medium for expression. Bound to each other with ropes they tugged and pulled; expressing both pain and beauty through their movement. About her work, Aurel Haize Odogbo has said that she deals with recontextualizing her lived experiences, perspectives on bodies, the world the past, and the future into mythological contexts through performance, drawings and sculpture. 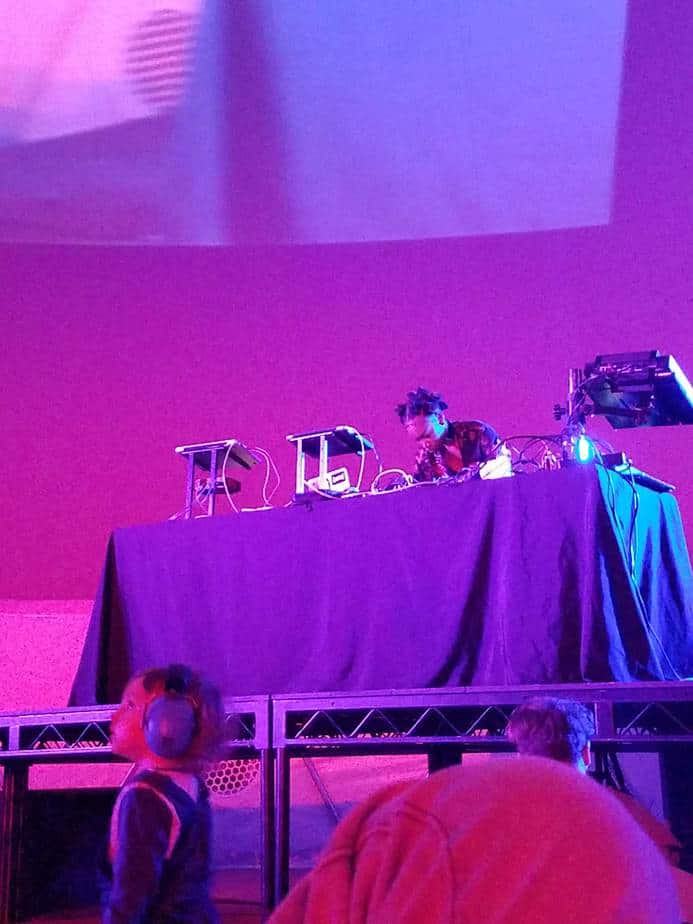 The final set was saved for the Jersey Club Queen KAYY DRIZZ. With outstanding charm she picked up the mike, “Hi everyone, I brought my girl Bubblesz with me, y’all ready for this?” said KAYY, and instantly won over all of our hearts. The music came in like a hurricane and the infinitely gracious Bubblesz (AKA Queen PAC) erupted into dance; expressing such emotion and joy in her choreography that everyone under the dome had to do the same. KAYY had some technical problems during her set and expressed embarrassment; however the music itself was so amazing that the audience couldn’t have cared less. 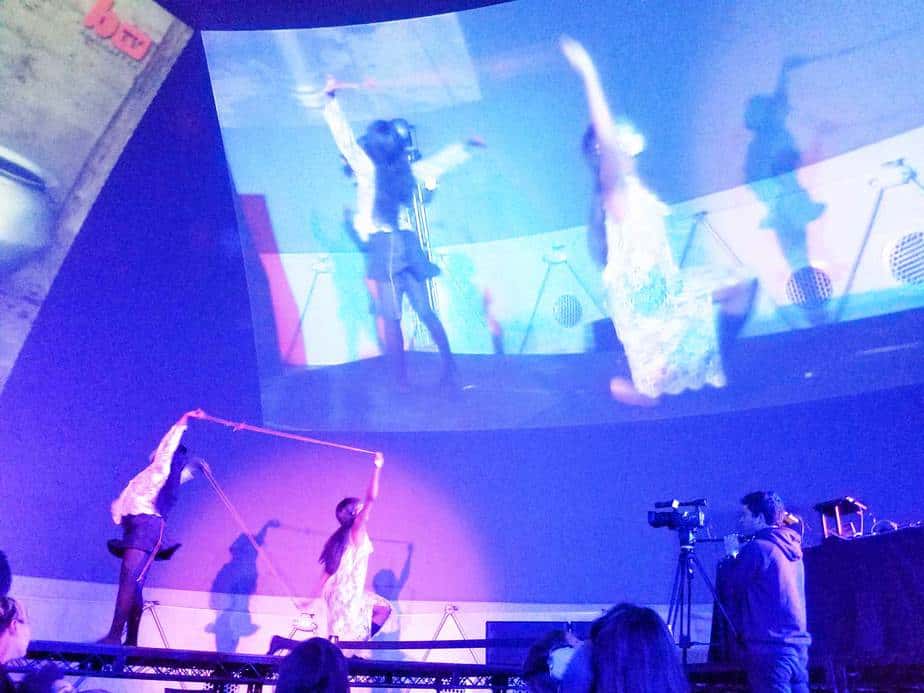 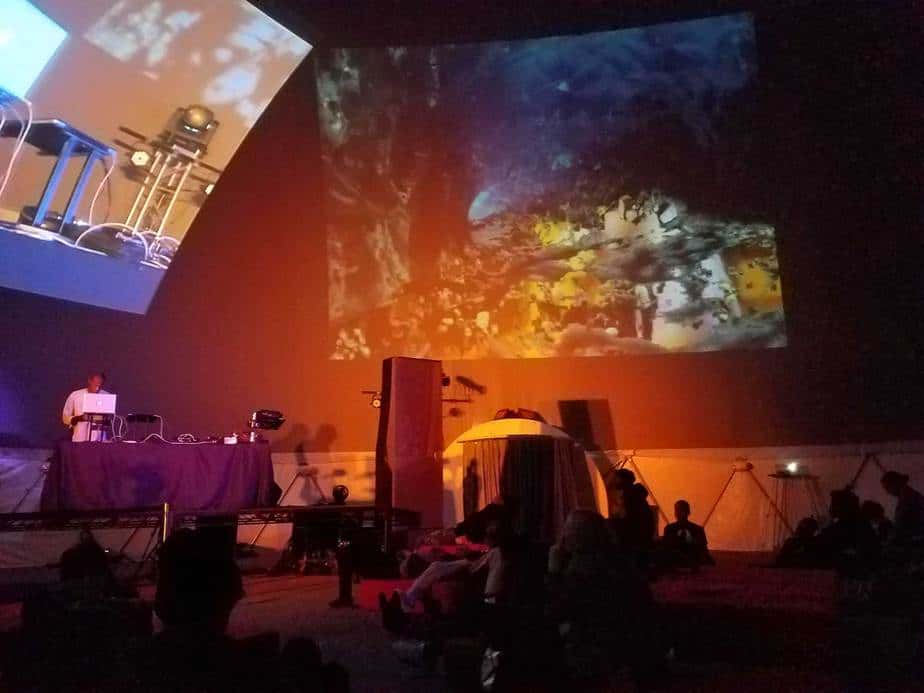 Now, the next Sunday Session won’t be until January –but I’m going to tell you a secret that makes the Sunday Sessions at MoMA PS1 a truly invaluable experience. When you go, keep an eye on the time, and when the sun is about to set, get out of the dome and make your way to the third floor of the museum to catch the legendary site-and-time-specific light art installation Meeting by James Turrell. Tickets for the Skyspace had been sold out all through October, but now the installation is open for the public on a first-come first serve basis –and it is truly spectacular. The site, which allows visitors to gaze upon the sky through an opening in the ceiling opened to the public in 1986, but had been closed for renovations since 2013. Meeting is considered to be pivotal work in Turrell’s career, as well as emblem of MoMA PS1.