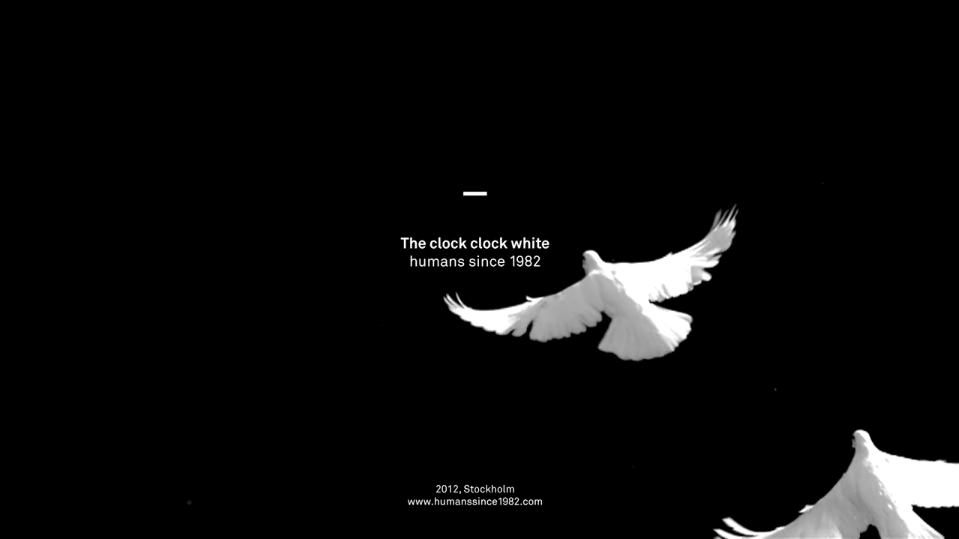 David Cox has teamed up with Humans Since 1982 to created one of the most kick ass clocks since Big Ben. Seriously, The Clock Clock White is genius and any attempt to up its significance and metaphorical mandate would make us sound like complete idiots. Fortunately, Humans Since 1982 has provided a statement that accurately helps us get a better idea of why (and how) they made this clock. It is available at Victor Hunt.

“Re-contextualizes time in a mix of old and new, analogue and digital. The clock is made of 24 two-handed analogue clocks. Six clocks make up a number, each of them displaying either one of its corners or one of its sides. All 24 clocks create one giant display similar to that of a digital watch. This work is notable for its digital/analogue format and the choreography that takes place between the minutes.”

Courtesy of Humans Since 1982.