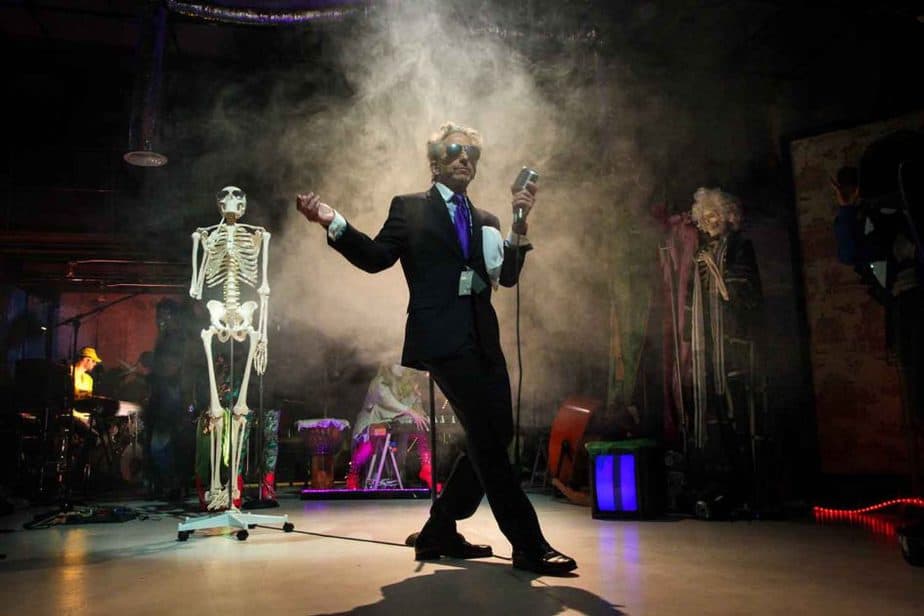 Willard Morgan’s Vestiphobia, a large-scale interactive performance, conceived and directed by Steve Fagin, was staged last month at the Fábrica de Arte Cubano, in Havana. The production provokes a critical awareness of the systems of labor used to produce our clothing, our habits of consumption, and dramatizes how clothing functions as a form of expression, seduction, and often, manipulation. Thinking about clothing – what it means, how it feels, how it’s made – is an activity we rarely embrace.

Willard and I met at Ideal Glass, his project space on East 2nd street, where we we talked about how Vestiphobia explores the imbricated relationship of capitalism and fashion, and why wearing clothes forms such an essential and unavoidable part of our daily lives. 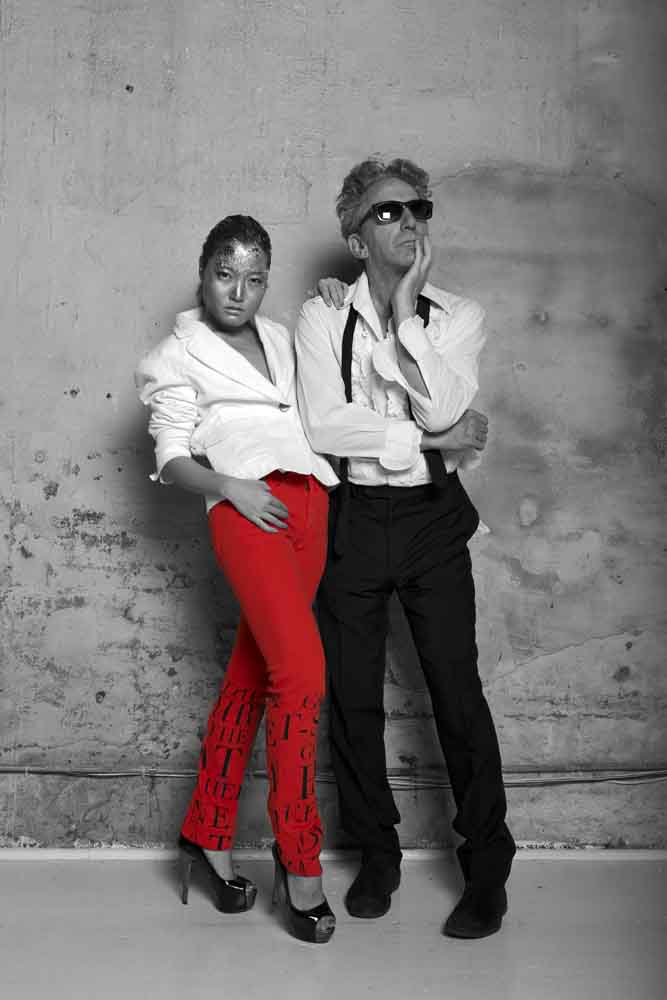 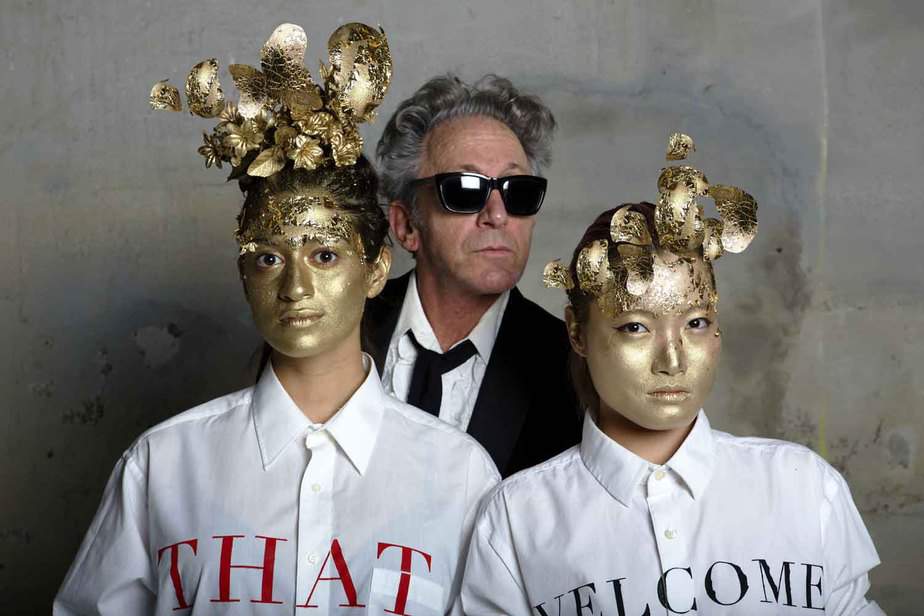 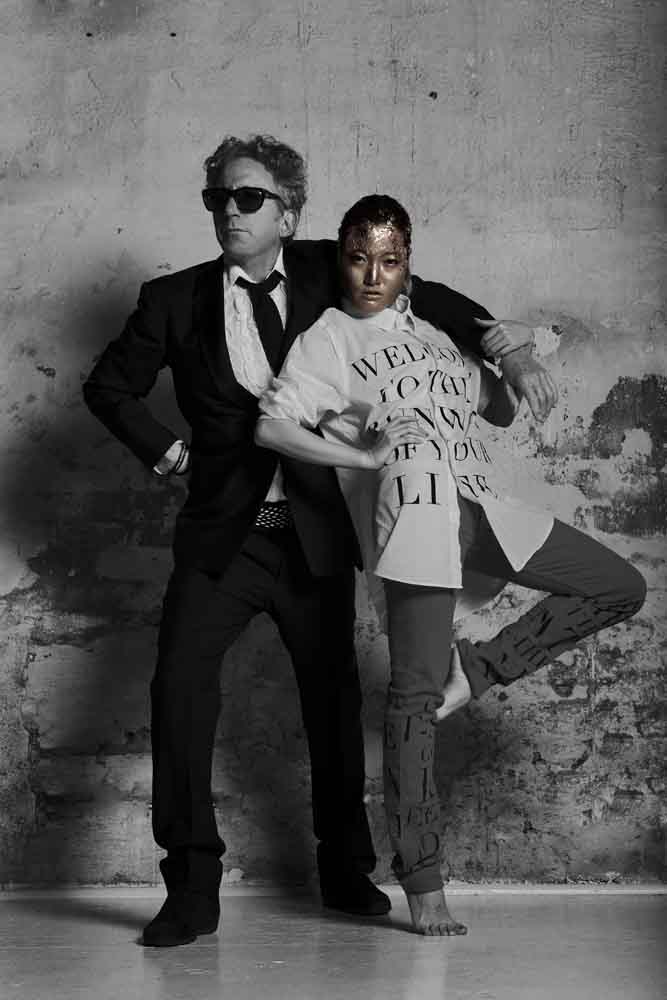 Jeffrey Grunthaner | How would you characterize Vestiphobia? Is it more of a play or a performance?

Willard Morgan | Vestiphobia is more than a play or performance; it’s an ongoing multifaceted project that includes a workshop in sustainable art-wear, re-fashioned fashion shows and a film series about fashion. The story starts with the shame of the child — namely me — the ‘dandy-cowboy’, wearing nothing but my plastic six-guns, my boots and cowboy hat, playing in the hallways of our apartment house – and my father being embarrassed that neighbors would think he couldn’t afford to buy me clothing.

JG | Can you talk a little bit about the plot that develops in the performance?

WM | The plot intertwines historical facts and imagined, fantasized histories. Starting with the naked child thrust out of an imagined Garden of Eden, transitioning to the rights of passage of the adolescent wanting to fit in, wanting to wear what’s cool, to the hip uniforms worn by rebellious youth, to our dystopic future.

JG | You’re saying that revolution was commodified through fashion? 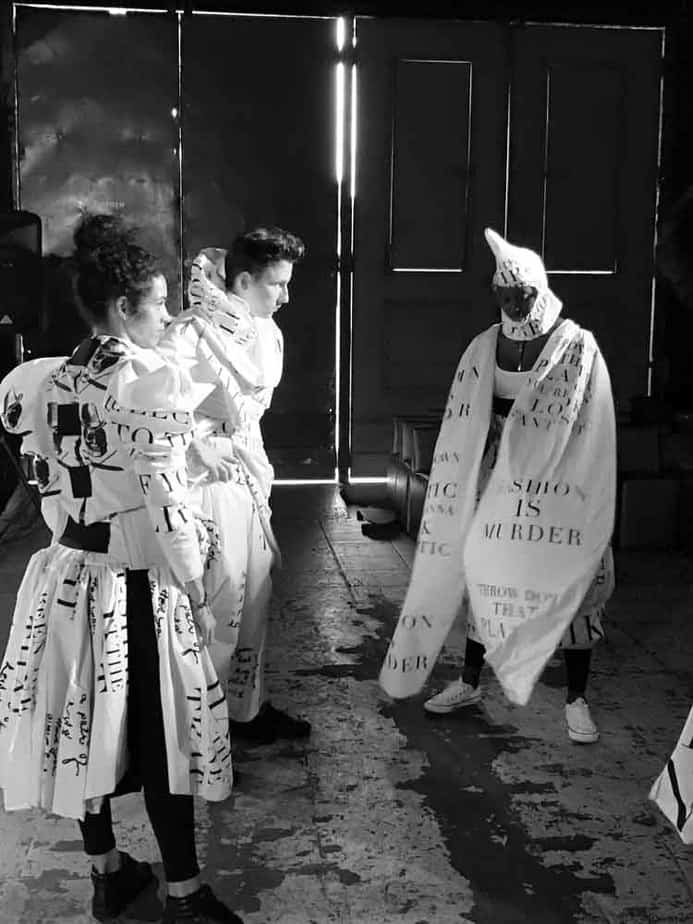 JG | So Vestiphobia is about socio-economic foundations underlying how we dress?

WM | Yes! It’s about sustainability and making people aware that we’re being sedated, and killing people to make us feel good about ourselves. A T-shirt takes a thousand gallons of water to produce, from sea to clothing rack. Vestiphobia seemed to be an ironic title. It means ‘fear of wearing clothes’. It’s an appropriate title in many ways.

JG | Vestiphobia was staged this month at Fábrica de Arte Cubano, which seems very apt for this type of performance. How did you get involved with that space?

WM | I’ve been going to Cuba since 2000. On my first trip I met artists, filmmakers, and musicians and developed friendships which led to future collaborations. Recently in New York, I met producers with experience working in Cuba; Grettel Carbo, an ex-model and architect, and Berta Jottar, who holds a PhD in Rumba! Actually, Ethnomusicology! At Berta’s suggestion, I began collaborating with the celebrated filmmaker Steve Fagin, who directed the legendary indie film, Tropicola. He developed a concept that adapted the project for a Cuban audience. Along with Marie van Eersel, our production coordinator, they helped us build a partnership with FAC, putting together a cast of Cuban actors, dancers, and musicians… incredibly talented artists. I think it’s a very important time for this subject because the Cuban culture is enormously creative in making due with nothing. Everyone knows how they keep their ancient Yank Tanks together, ut what they don’t know is that fashion-wise, they’re creating unbelievable art-wear. They have designers that will blow your mind, making stuff out of plastic bottles, straws, plastic bags, anything they can lay their hands on. Their aesthetic is extremely high. And they’re 11 million people on the verge of industrialization. It’s not a banana republic. It’s not just going to be a tourist heaven. Labels will say “to hell with Mexico and China, let’s make Levi’s in Cuba.” 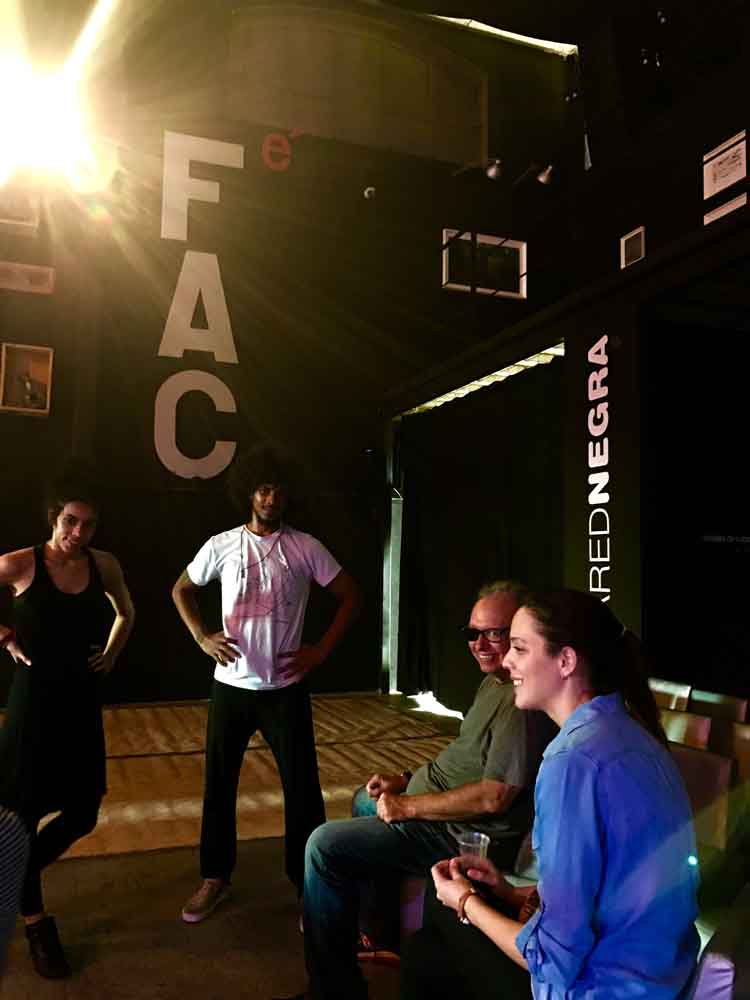 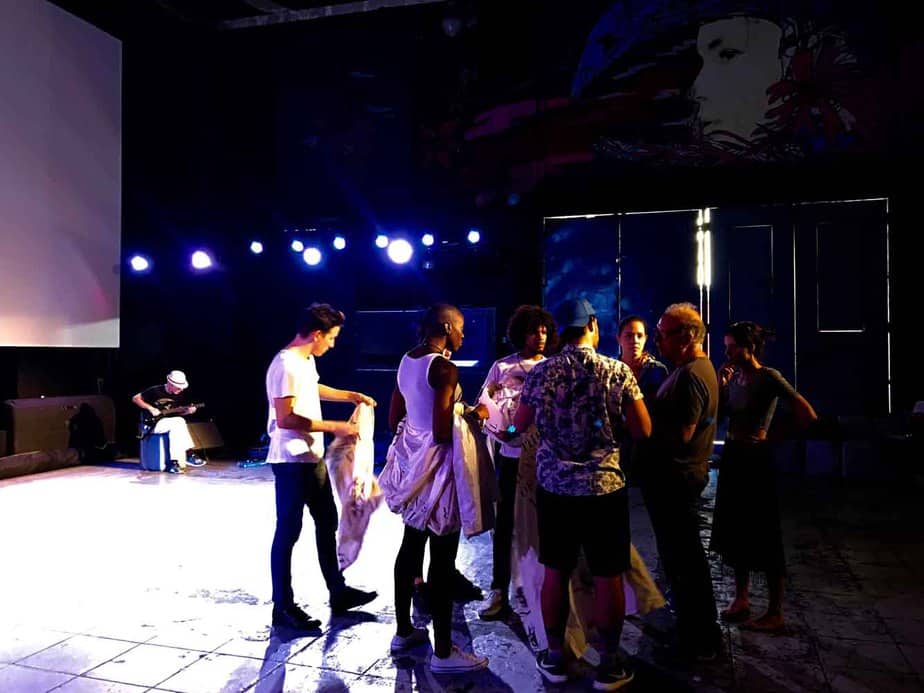 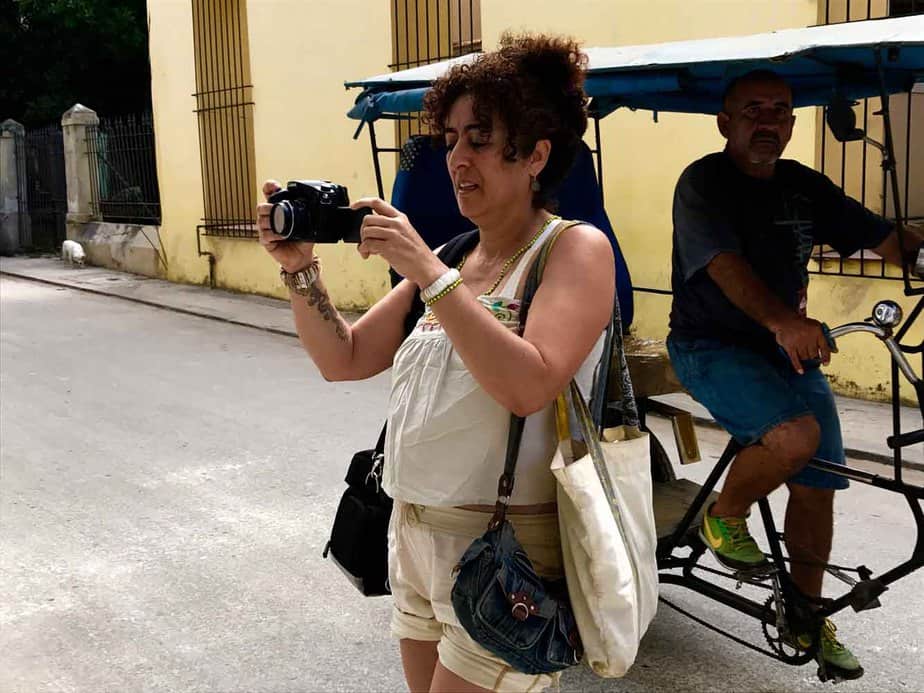 WM | Usually I would talk with my long-time collaborator the Georgian designer Uta Bekaia, about what we were fascinated with, what period we wanted to focus on, and what we had around to work with. Bringing in composer John Sully for score and production, experimental filmmaker/ editor Jessie Stead and artist, Ayakamay, we would try to press the envelope and make things abstract and original. 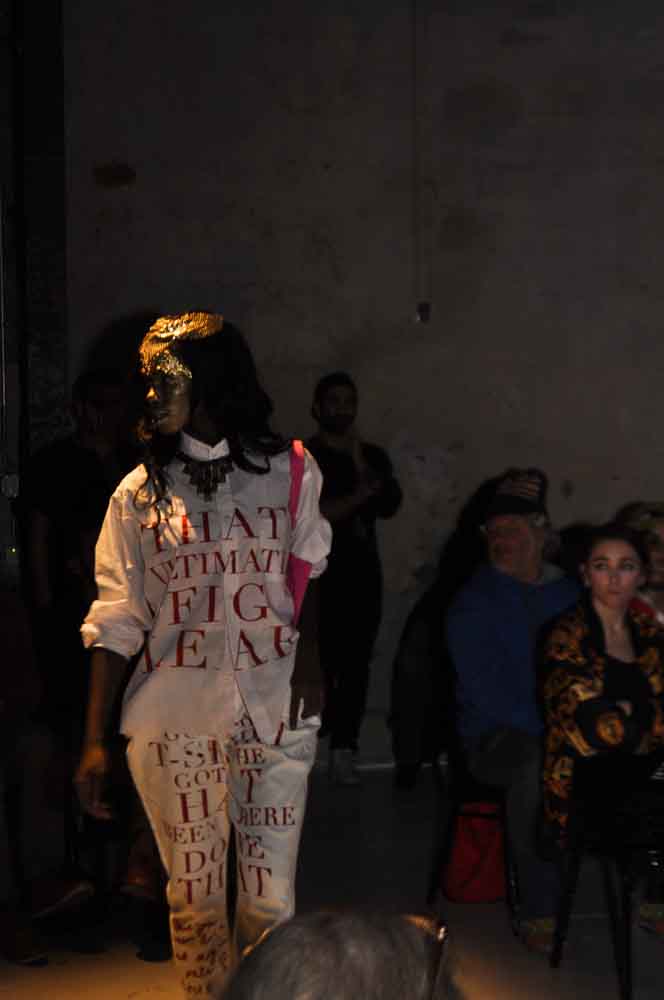 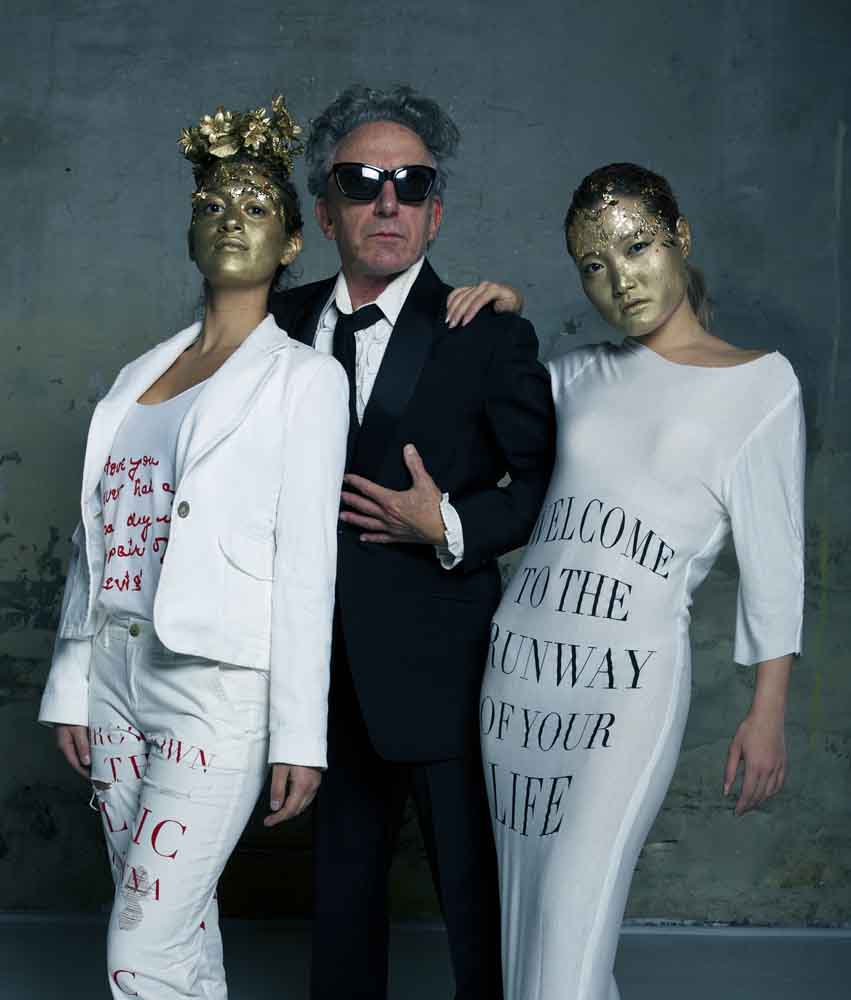 WM | We need to find new ways to decrease our enormous footprint in the name of style. We need to educate people, it’s the only hope we have because there are thousands and thousands of acres of landfill world-wide filled with discarded fast-fashion that people hardly wear and just throw away, and millions of garment workers who work in harm’s way due to lack of accountability leading to devastating accidents like the Rana Factory collapse in Dhaka, Bangladesh, killing 1200 workers, mainly women. Check out Fashion Revolution, an organization on the forefront of these issues and participate in their actions such as #whomademyclothes.

JG | Is there an iteration of this performance coming stateside?

WM | I’m developing a site-specific production for New York, which will include many of the elements we developed in Havana. My next film location for the production is a haunted slaughterhouse and tannery in an old Hoboken leather factory! 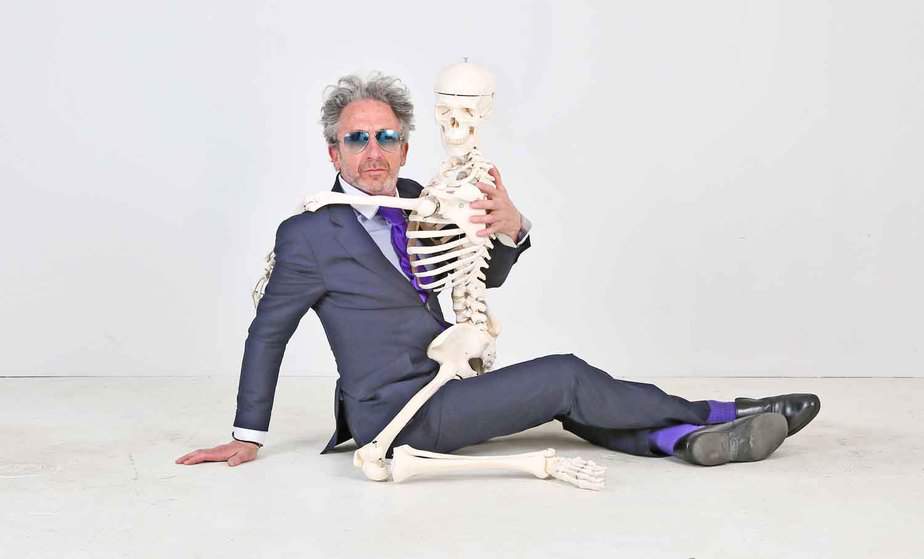